startup OLO has built a 3D printer around necessary light from a smartphone. the team has been hard at work for two years design the case, reinventing mechanics and reengineering microchips, which resulted in a portable, easy to use printer made of only seven plastic parts, one chip and one motor.

alongside the hardware, the company introduced a line of materials called ‘daylight resins’, which harden under white light of a smartphone screen. it’s case was made specifically to filter out all harmful external light to maximize the precision of the print, where it can reach 42 micron resolution. 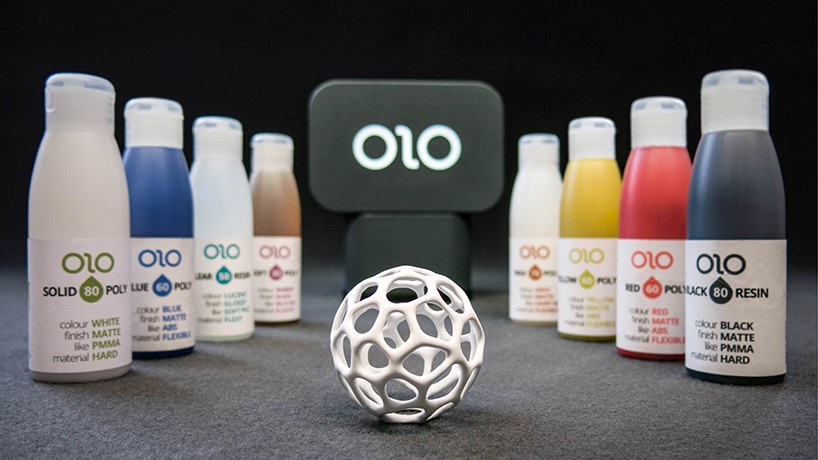 the 3D printer can use eight different resins

weighing just over a pound, the printer’s size allows users to take it with them in a bag. with 400 cubic centimeters of printing volume, it can fit almost any phone, including the large ‘iPhone 6S+’ and ‘galaxy A7’. with four AA batteries which power the motor, give it the freedom to printer anywhere that will last up to 100 prints. OLO have setup a funding campaign on kickstarter, with plans to delivery the final produc august 2016. 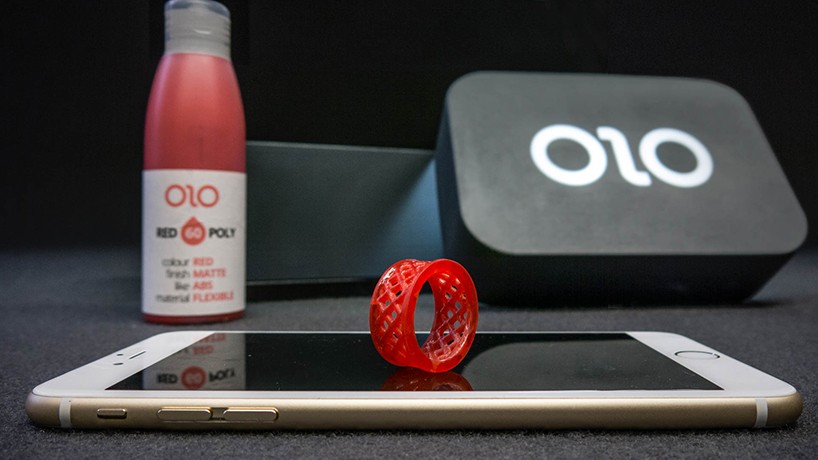 resins harden under white light of a smartphone screen 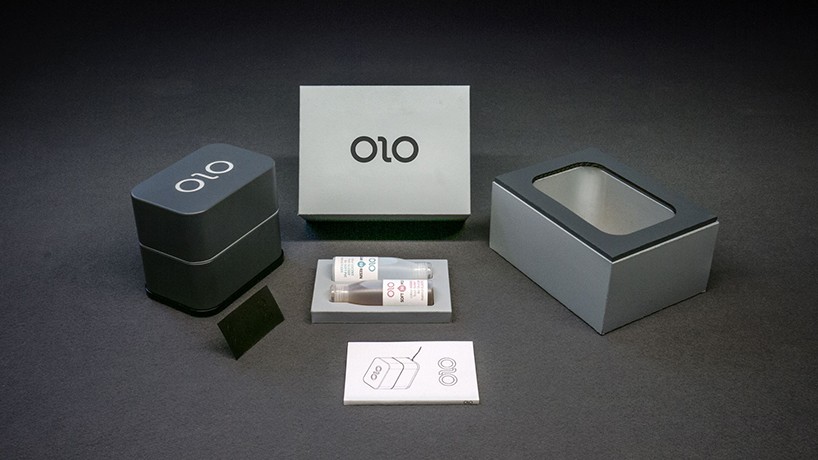