researchers at openAI have developed a robotic arm that uses artificial intelligence to solve a rubik’s cube one-handed. the extremely dextrous robot features a 24-joint human-hand-like design and took only four minutes to complete the task. 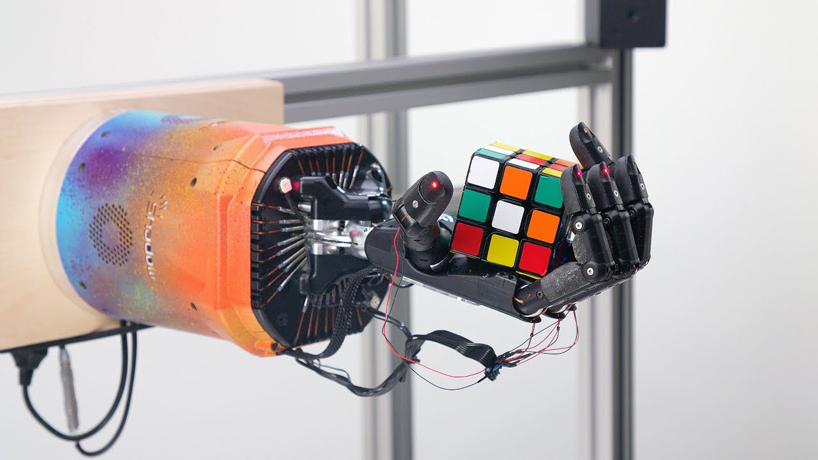 openAI used a computer simulation to teach the robot, dubbed ‘dactyl’, hand how to solve the cube, running through routines that would take a human 13,000 years to complete. visual sensors and a cube-solving algorithm gave the AI instructions on what moves to make.

‘the biggest challenge we faced was to create environments in simulation diverse enough to capture the physics of the real world,’ says ashley pilipiszyn, technical director at openAI. ‘factors like friction, elasticity and dynamics are incredibly difficult to measure and model for objects as complex as rubik’s cubes or robotic hands and we found that domain randomization alone is not enough.’ 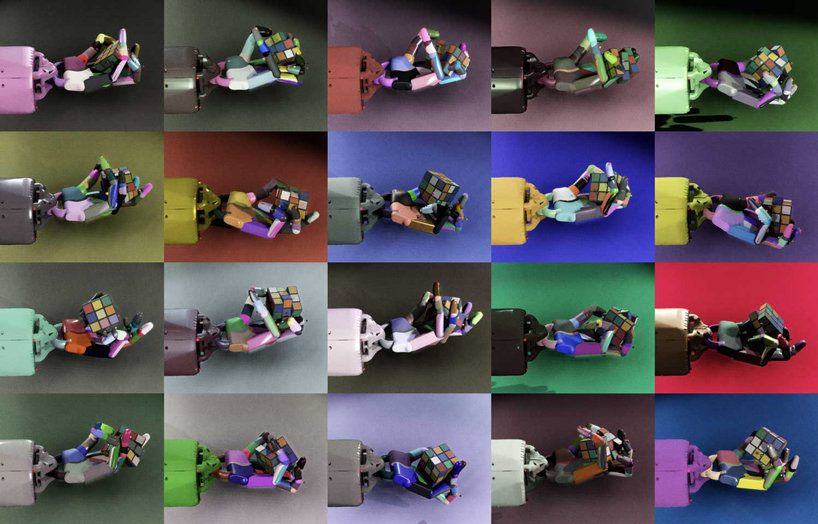 ‘to overcome this, we developed a new method called automatic domain randomization (adr), which endlessly generates progressively more difficult environments in simulation,’ she adds. ‘this frees us from having an accurate model of the real world, and enables the transfer of neural networks learned in simulation to be applied to the real world.’

openAI hopes that its developed AI could be used to control the hands of robots in a variety of general-purpose tasks.