just in time for england’s annual glastonbury festival, orange has teamed up with gotwind to create energy producing wellie boots that enable users to charge their phone or other mobile gadgets. the boots were designed specifically for the conditions of the famous outdoor festival, charging up devices by stomping around. 12 hours of walking lets users to charge their phone for a full hour. the boots work by converting temperature differences captured through thermoelectric modules into electric voltage. the power wellies are only the latest energy maker produced by orange joining the dance charger released at glastonbury in 2008 and the power pump that was also developed in collaboration with gotwind. 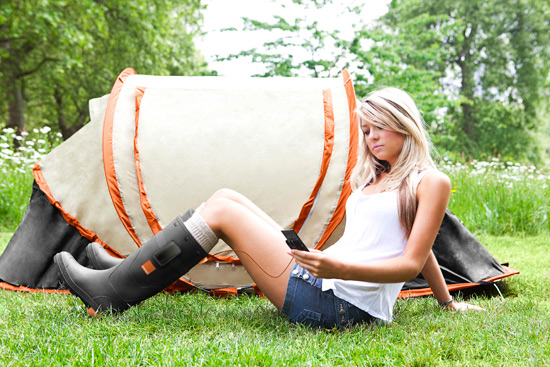 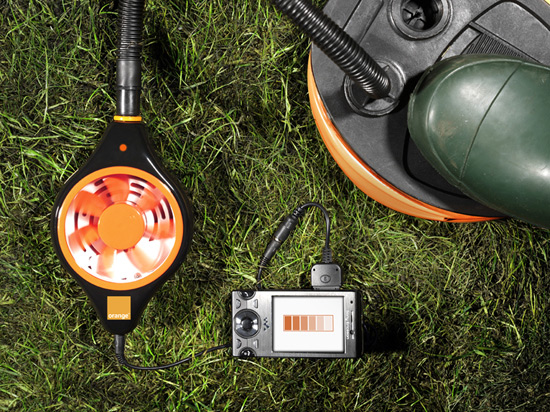 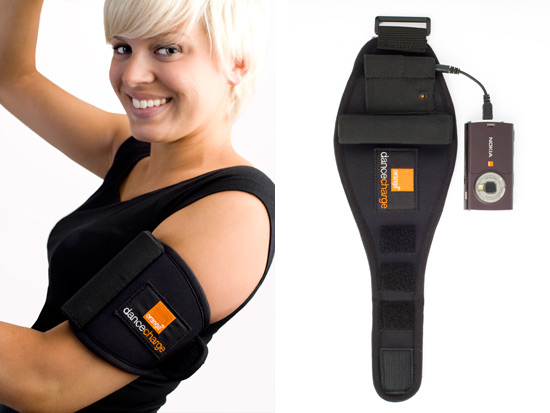