brian trease, a mechanical engineer at NASA‘s jet propulsion laboratory  in pasadena, along with researchers at brigham young university in utah are developing the idea that spacecraft solar panels could be constructed effectively by employing origami folds. researchers say origami style, solar energy generating devices could be useful in space to one day utilize and wirelessly beam power back down to earth. sending the solar arrays up out of our atmosphere would be easy because they could all be folded and packed into a single rocket launch. this is why NASA is interested in implementing more intricate folds in order to simplify the over all mechanical structure and make for easier distribution. the array folds up to be 8.9 feet (2.7 meters) in diameter and 82 feet (25 meters) across when unfolded, their 1/20th scale prototype expands to a deployed diameter of 4.1 feet (1.25 meters). 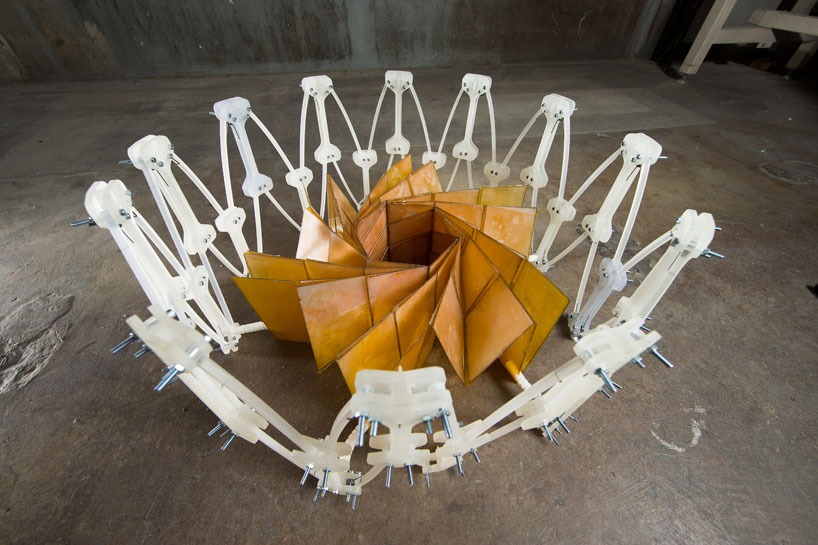 the prototype model that was produced by JPL and BYU

‘this is a unique crossover of art and culture and technology,’ brian said, ‘you think of it as ancient art, but people are still inventing new things, enabled by mathematical tools.’ one technique that has been the influence of an origami solar array is called a miura fold, and was invented by japanese astrophysicist koryo miura. this particular pleat was utilized for an array’s design in 1995 on the space flyer unit – a japanese satellite – but the style trease and colleagues are developing is a combination of many different folds. it is purposed for spacecraft applications where it would be deployed radically, from the center outwards in all directions, but the collaboration had to be creative when working with the bulkier materials as origami is intended for paper not solar panels. 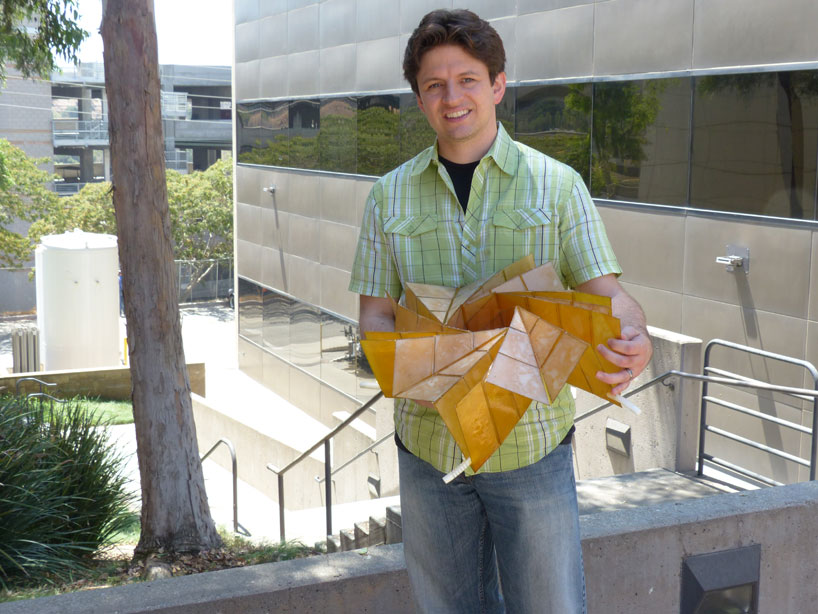