THE OFFICIAL WARNER BROTHERS PROP FROM THE 1989 batman movie

Tim Burton’s live-action films Batman (1989) and Batman Returns (1992) brought one of the most iconic cars to the cinema realm. The Batmobile reflects the Art Deco version of Gotham City with its curvaceous silhouette accommodating a hidden driver’s seat and a large jet engine turbine in the center. Currently listed for sale, the car was designed by conceptual illustrator Julian Caldow and built by John Evans special effects team at Pinewood studios in England. 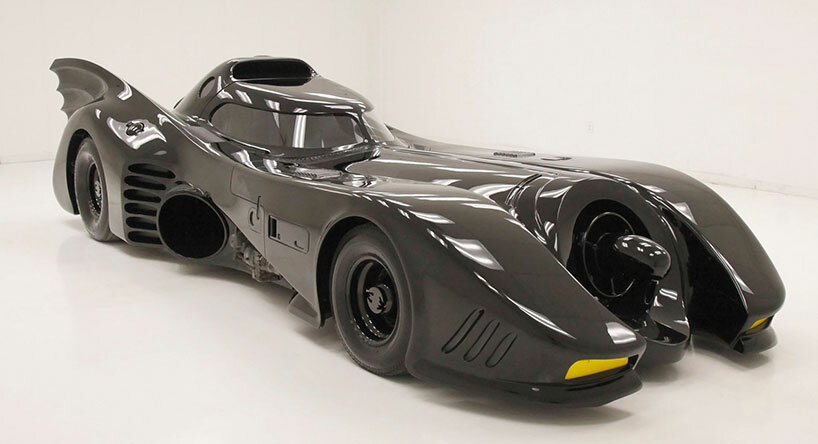 all images by Classic Auto Mall

Measuring over 20 feet long, the Batmobile’s nose holds the fenders of a Daytona Prototype racer. The closed cockpit design with its wraparound windows can accommodate up to three passengers. The sweeping canopy ends with two bat-styled fins, while the side panels sport various fiberglass undulations, more air intakes, and some authentic metal ‘steampunk’ add-ons to make it look like it goes really fast.

‘The bat phone has rung, the superhero outfits have been donned, and we are off to fight crime in Gotham City. Thanks Alfred,’  the consignment house humorously notes on their website.

Under the enclosed cockpit shell, a virtual fantasyland of buttons, levers, lights, control panels, and an overabundance of nonfunctional bells and whistles take shape. The real driver’s seat is elevated above the front seats, while the regular driver’s seat is occupied by the passengers. 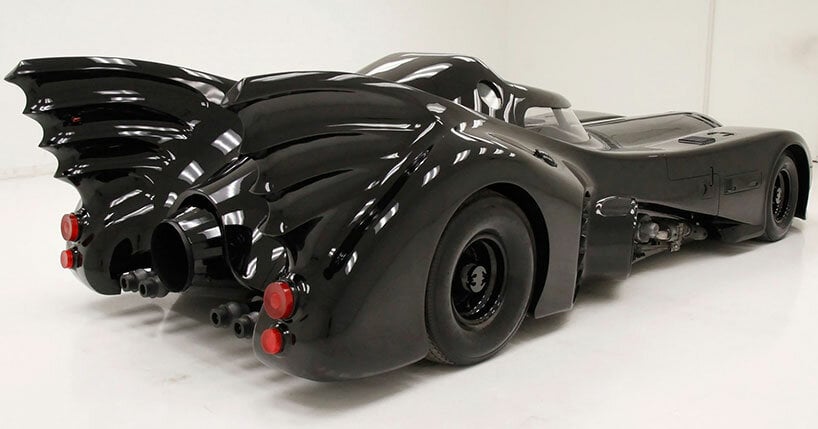 The car is powered by a 48V battery system and a rear-mounted electric motor, although it hasn’t been charged since the movie’s performance. Furthermore, there is a working flame thrower in the back. With a top speed of approximately 25-30mph (48 km/h), ‘this Batmobile isn’t going to break land-speed records racing around Gotham City.’

The 1989 Batmobile is currently for sale through Classic Auto Mall. 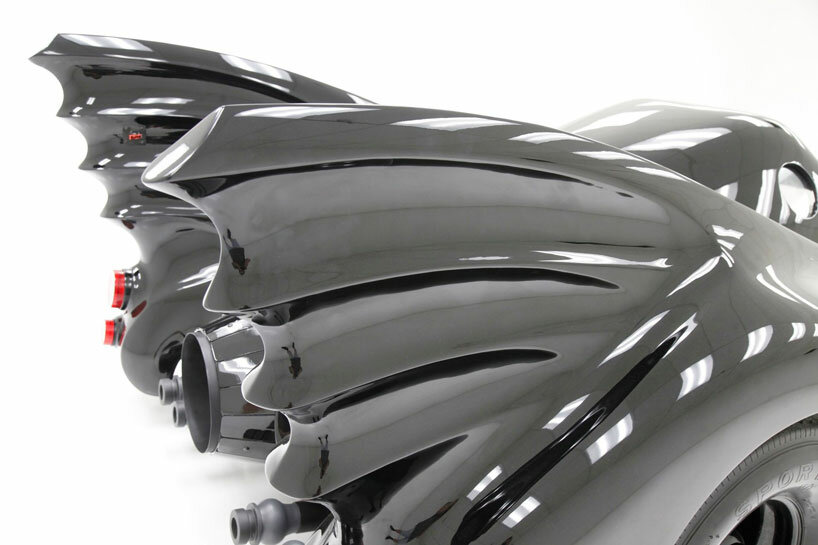 the batteries had been out of use since 1993, so the consigners didn’t want to risk a failure or fire 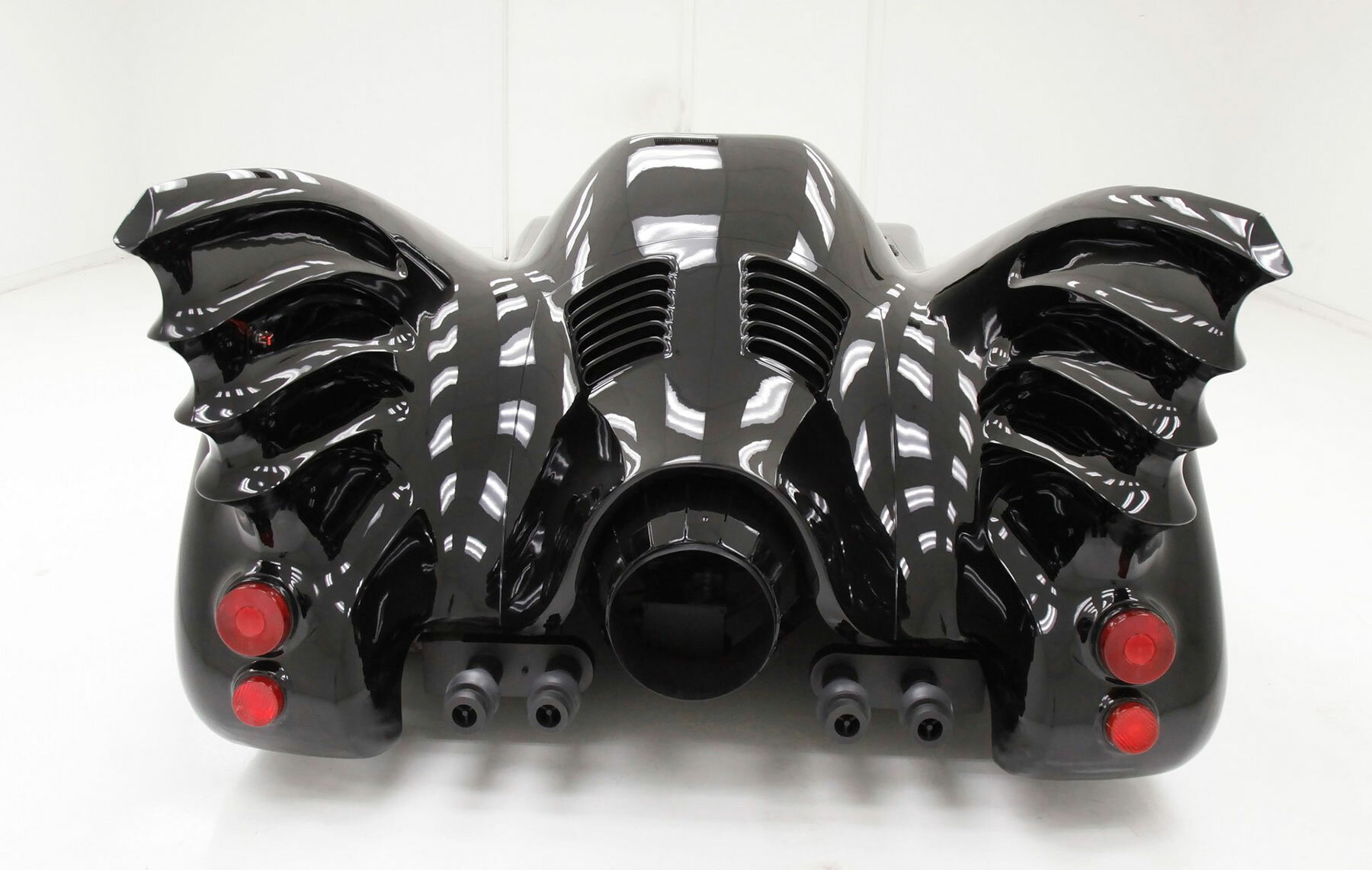 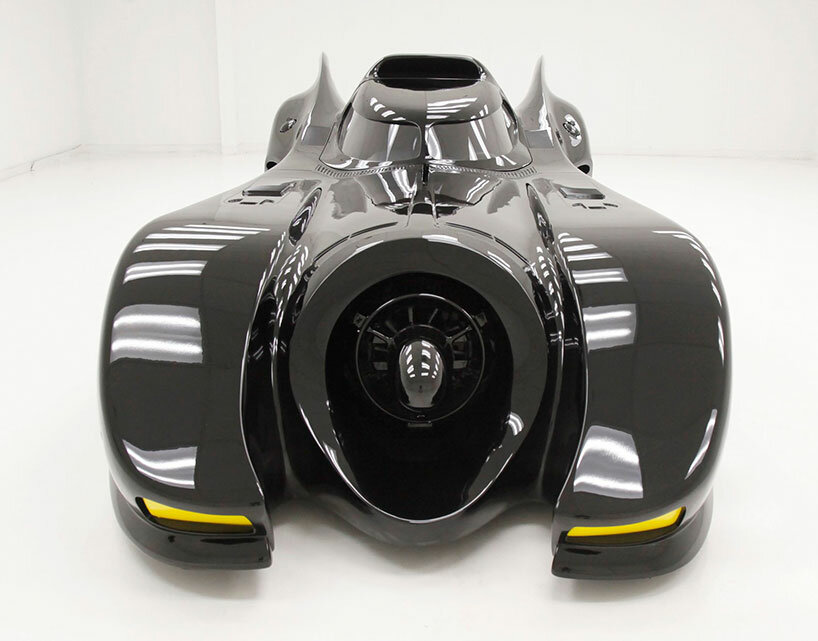 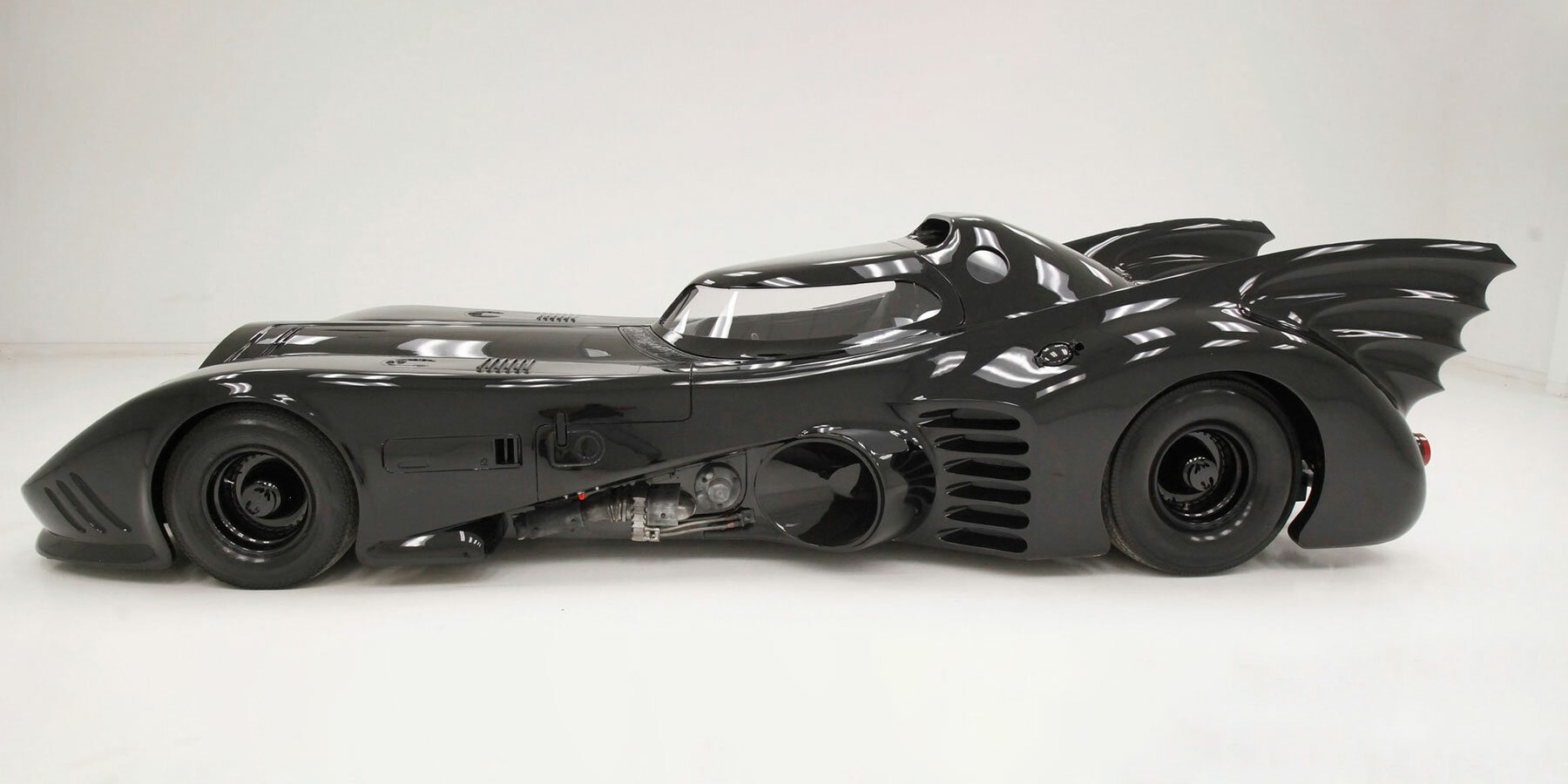 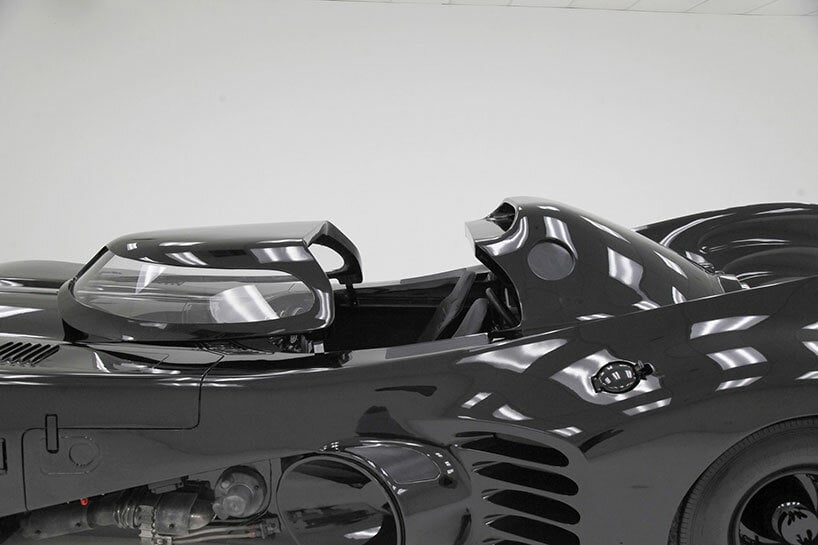 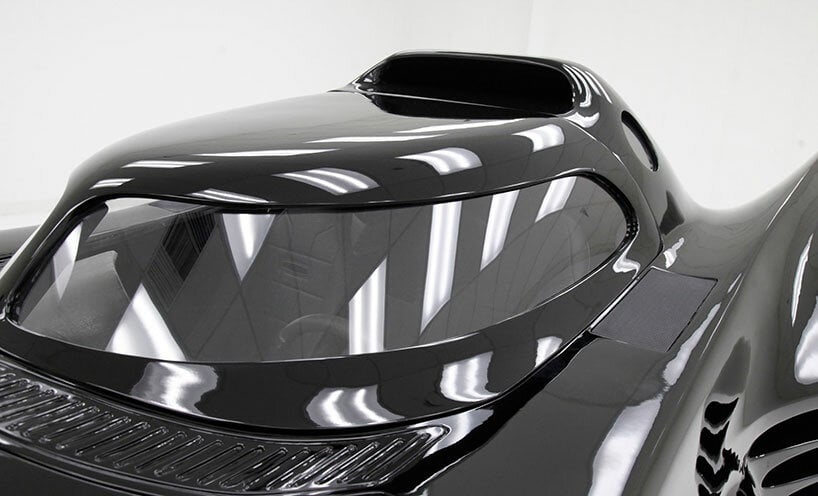 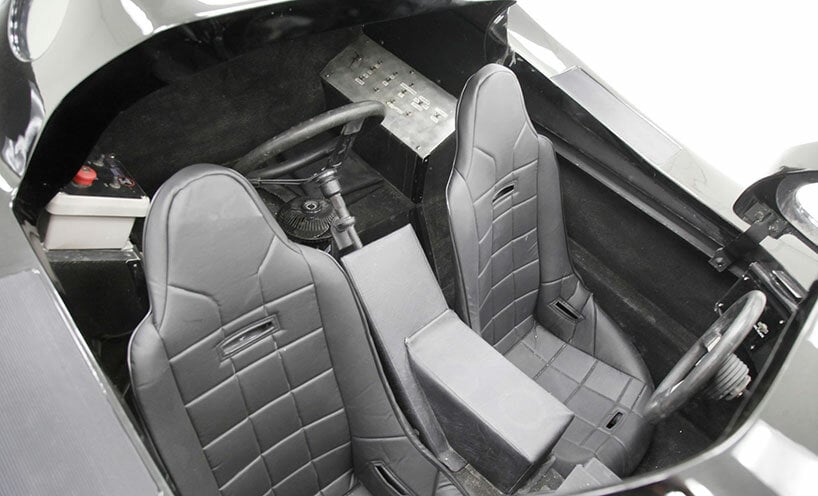