‘outrun‘, a prototype video game car by artist-scientist garnet hertz, combines a car-shaped arcade cabinet, electric golf cart, and custom software to produce a racing video game system that actually drives as you play. the windshield of the ‘outrun’ vehicle is embedded with custom software that transforms the scene ahead into an 8-bit-style screen. players navigate the car using the built-in steering wheel, but rather than solely causing the the virtual car to move through the landscape, the actual ‘outrun’ vehicle moves accordingly in real life.

creator garnet hertz expounds: ‘outrun [is designed] to de-simulate the driving component of a video game: where game simulations strive to be increasingly realistic (usually focused on graphics), this system pursues ‘real’ driving through the game. additionally, playing off the game-like experience one can have driving with an automobile navigation system, outrun explores the consequences of using only a computer model of the world as a navigation tool for driving.‘ 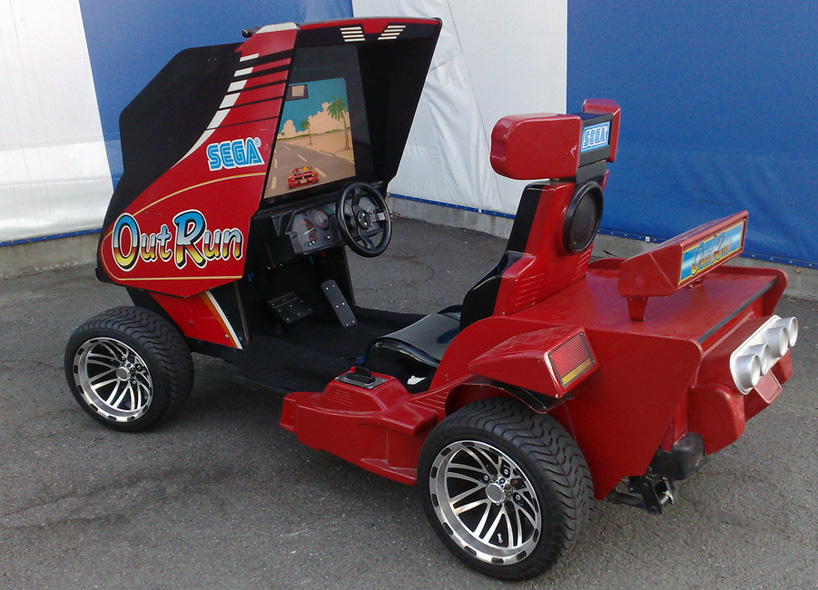 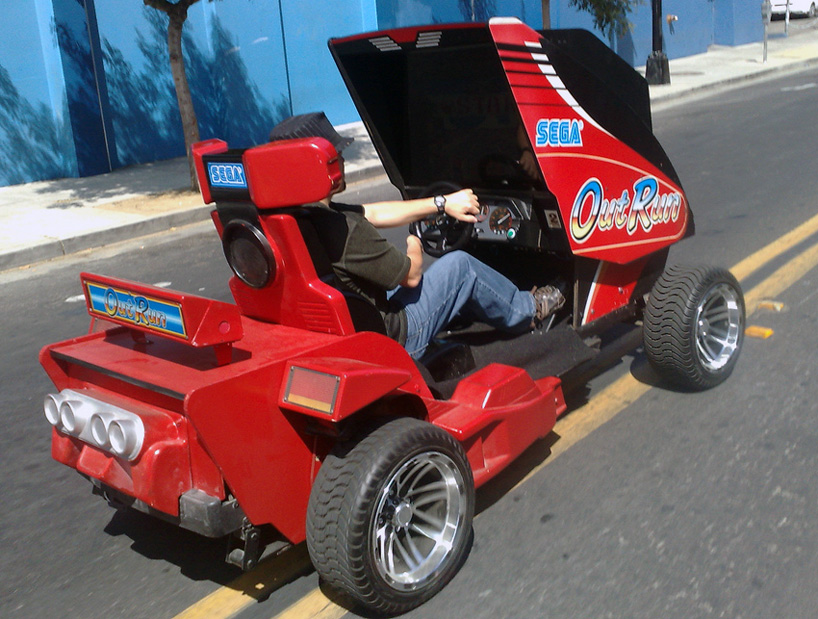 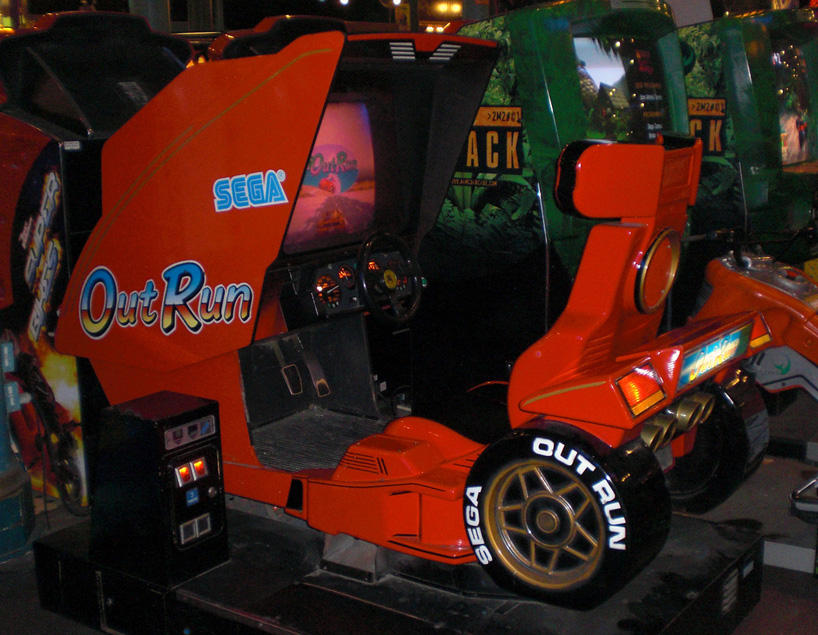 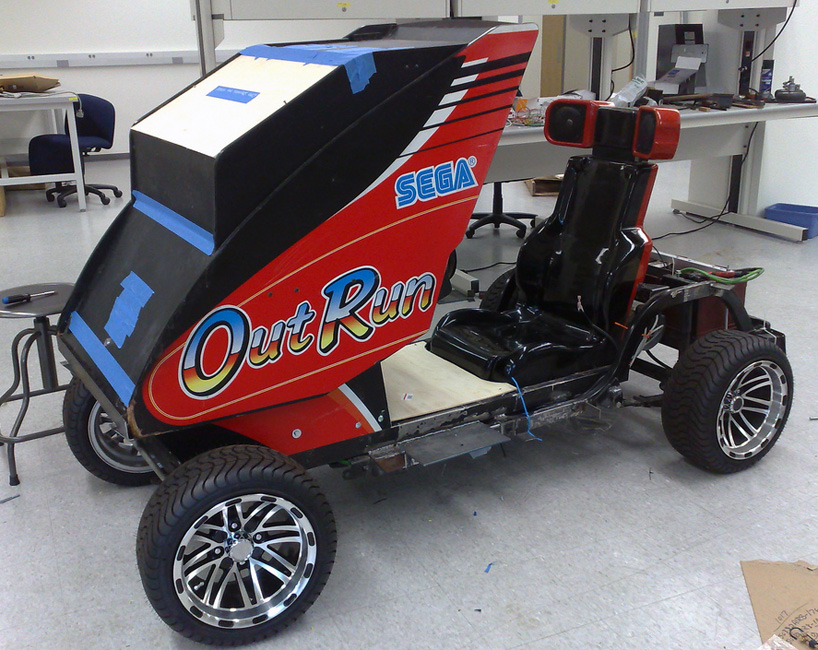 the car in progress

discussion and demo of the project

footage from an early test drive