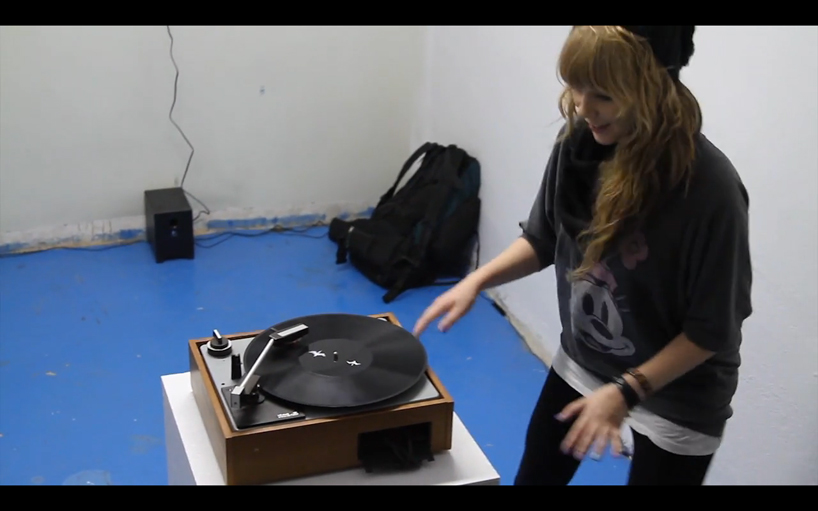 orany is a recent installation by the polish design group panGenerator, created for a recent conference and exhibition
at the polish national audiovisual institute. ‘chasing cormorans 2.0’ is an interactive design, which plays a record
backwards and forwards at various speeds depending on the viewers position and speed in the space. the song is
an old polish hit by piotr szczepanik , ‘goniąc kormorany’ (chasing cormorans) which the group transcribed on
a custom vinyl plate. instead of spinning in the forward direction, the record player is run by an arduino board
which tracks the movement of the viewer. their movement and speed is measured and then transferred to the
record playing, giving the user control of the playing. 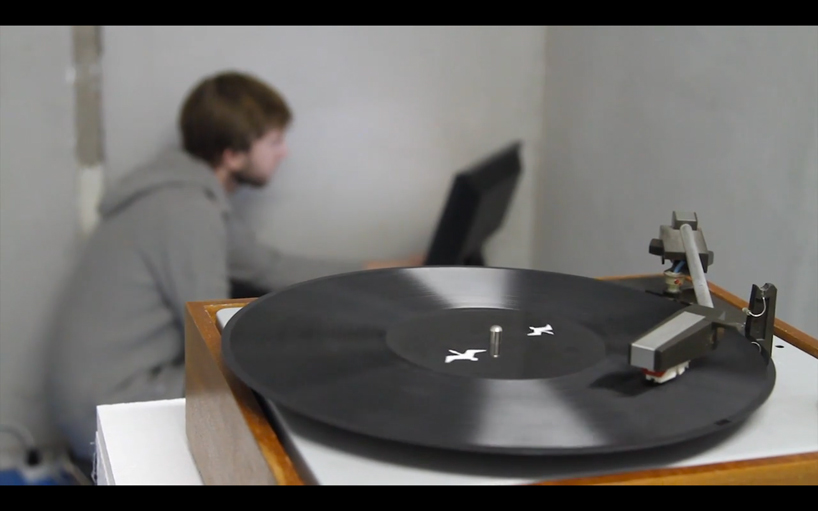 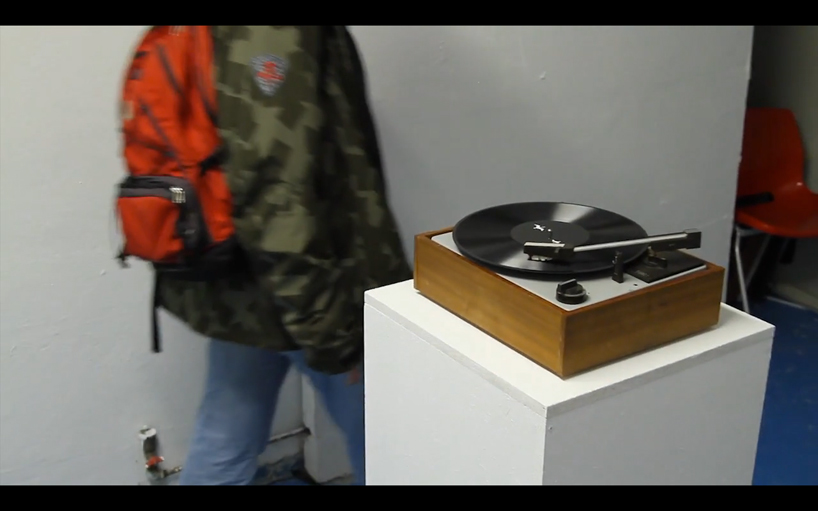 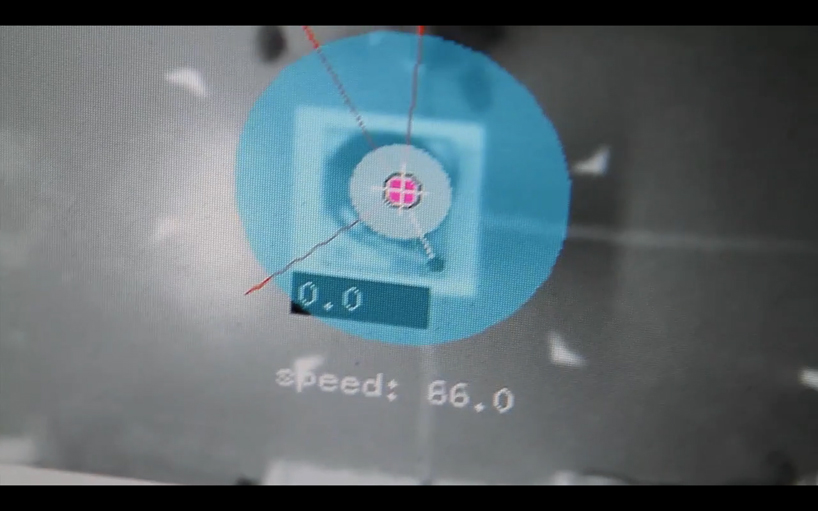 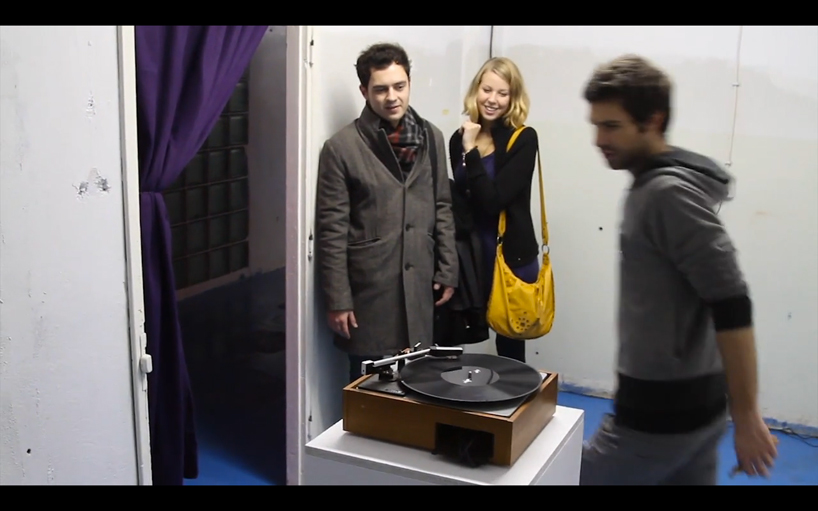