scientists at stanford university in california reported they have successfully turned paper coated with ink made of silver and carbon nanomaterials into a ‘paper battery’ that holds promise for new types of lightweight, high-performance energy storage. ordinary paper could one day be used as a lightweight battery to power the devices that are now enabling the printed word to be eclipsed by e-mail, e-books and online news.

the same feature that helps ink adhere to paper allows it to hold onto the single-walled carbon nanotubes and silver nanowire films. earlier research found that silicon nanowires could be used to make batteries 10 times as powerful as lithium-ion batteries now used to power devices such as laptop computers.

‘taking advantage of the mature paper technology, low cost, light and high-performance energy-storage are realized by using conductive paper as current collectors and electrodes,’ the scientists said in research published in the proceedings of the national academy of sciences.

this type of battery could be useful in powering electric or hybrid vehicles, would make electronics lighter weight and longer lasting, and might even lead someday to paper electronics, the scientists said. battery weight and life have been an obstacle to commercial viability of electric-powered cars and trucks.

peidong yang, professor of chemistry at the university of california-berkeley, said the technology could be commercialised within a short time. 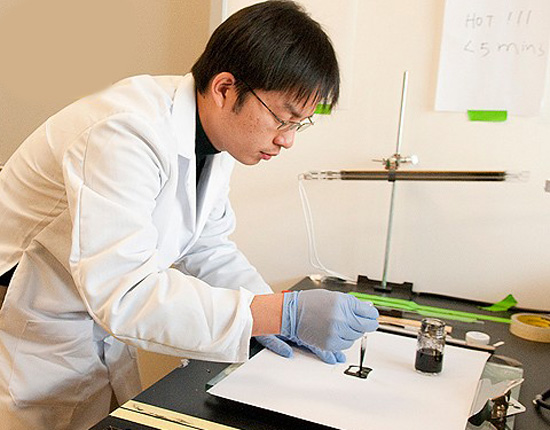 bing hu prepares a small square of ordinary paper with an ink that will deposit carbon nanotubes and silver nanowires on the surface that can then be charged with energy to create a battery. 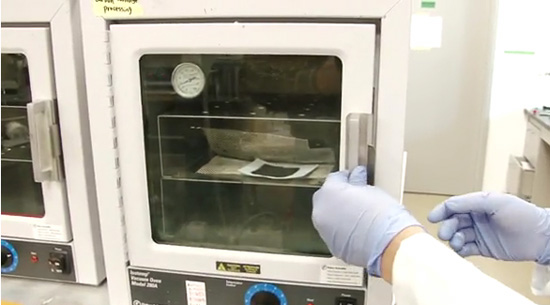 …it turns into a battery or supercapacitor… 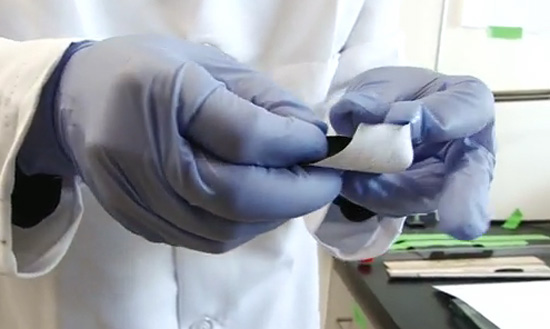 …even if you crumple the piece of paper…