a team of researchers at the human multimedia lab at queen’s university in canada have created two fully functional paper computing devices, ‘paperphone’ and ‘snaplet’ wrist computer, controlled by bending their screens.

capable of use as a phone, music player, book reader, and navigator, the ‘paperphone’ prototype is composed of a 3.7-inch flexible electrophoretic display, underlain with a layer of 2-inch long bidirectional bend sensors. an arduino microcontroller obtains data from the sensors, and the information is processed by a laptop.

‘paperphone’ is controlled gesturally, through bending and pinching the screen. ‘initially we thought, bending is cool [just] because it hasn’t been done before,’ admits roel vertegaal, director of queen’s human media lab. ‘but then when we started using it, it turns out to be quite efficient. it’s quite a good way of navigating a computer.’ 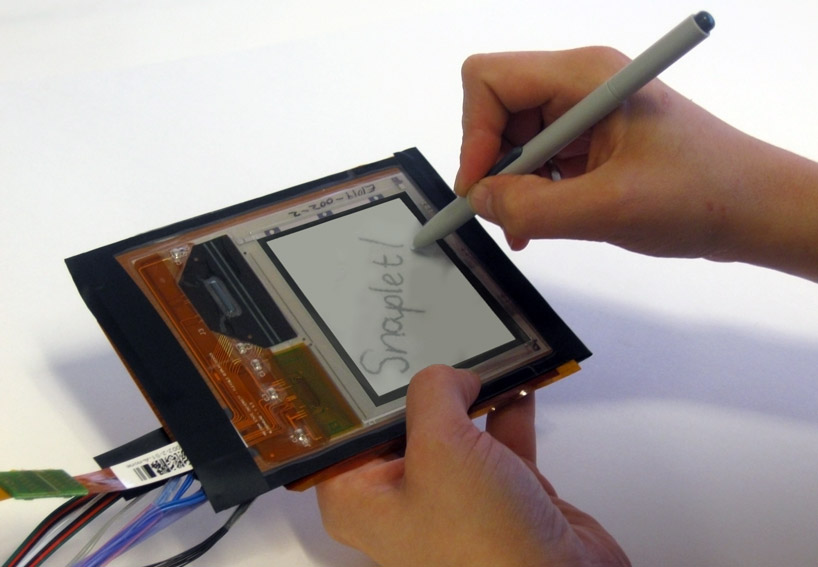 the team’s second paper prototype, ‘snaplet’, is modeled as a thin-film, touchscreen computer, wearable on one’s wrist. the device easily transitions to use as a phone, however, by removing the wrist band and bending the screen. an integrated wacom pen tablet allows users to write directly onto the display.

like other e-ink displays, neither ‘paperphone’ nor ‘snaplet’ uses any power when it is not being actively interacted with and its screen is not refreshed.

having previously worked on the development of paper electronic board games, the team will present ‘paperphone’ and ‘snaplet’ at the chi 2011 (computer human interaction) conference in vancouver, canada. 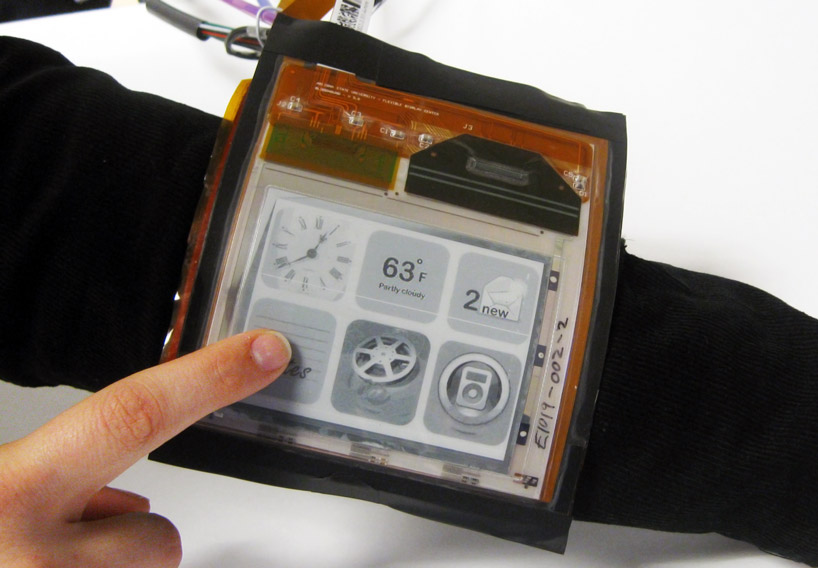 ‘snaplet’ is controlled both by bending, when removed from the wristband, or touch controls when mounted, as shown