passe-partout dance app by abbott miller of pentagram, allows iPad users to create a multi-layered performances using a series of dances, each with their own musical score. users can select and edit from different dances to choreograph their own sequences, which they can save and share with others via facebook. the app is the latest project from miller’s ongoing collaborations with the 2wice arts foundation and publisher patsy tarr.

passe partout dramatizes the patterning, repetition, and layering of ballet, qualities that are foregrounded in the work of justin peck, a choreographer and soloist with the new york city ballet, who choreographed and performed the app’s dances with fellow new york city ballet dancer daniel ulbricht. each dance is set to a different piece of music—composed for the project by aaron severini — which can be layered to create a polyphonic soundtrack to the visual layering. 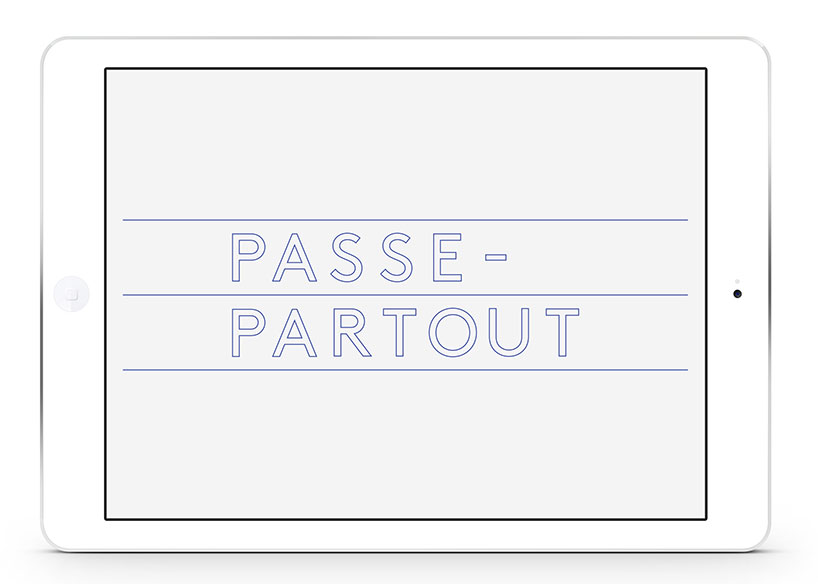 users can view the dances as single, one-minute performances, or in multiple layers, constructing an increasingly complex ensemble of up to five image and sound layers. the app randomly selects five dances for any given session from a set of eight potential layers. the full set of eight dances yields 40,320 different combinations, yet the potential duration and sequences mean the results are even more diverse.

a dance created using the app

2wice is conceived as an alternative performance space that both presents and documents dance, a particularly ephemeral art form. miller has collaborated with tarr for 20 years, originally working in print (dance ink and 2wice magazines) and most recently on a series of apps for the iPad. each app is a collaboration to create a new work for the interactive platform of the iPad. the series began with fifth wall, a collaboration with the choreographer jonah bokaer, followed by DOT DOT DOT, with choreographer tom gold. 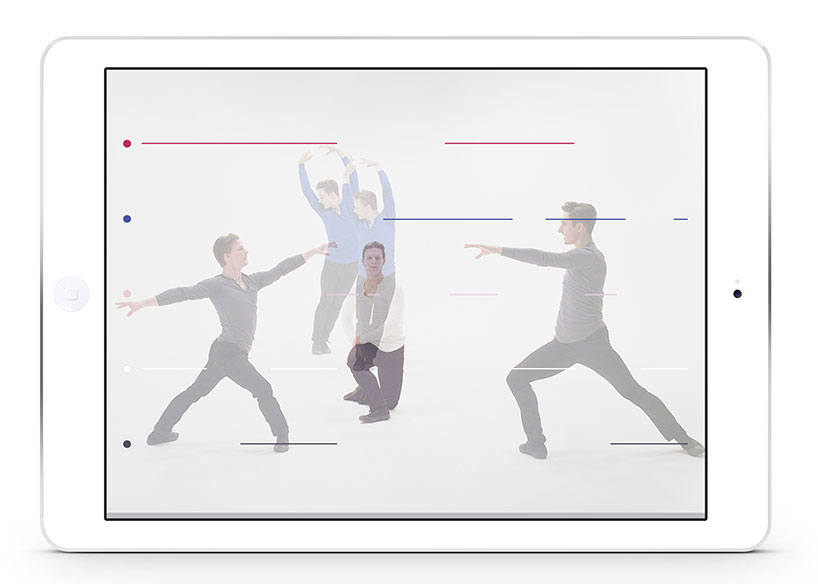 the title ‘passe-partout’ is french for ‘goes everywhere’ and was inspired by the idea of the ipad as a portable performing arts space. (the name also plays off the french term for the method of framing and layering images in a picture mat.) 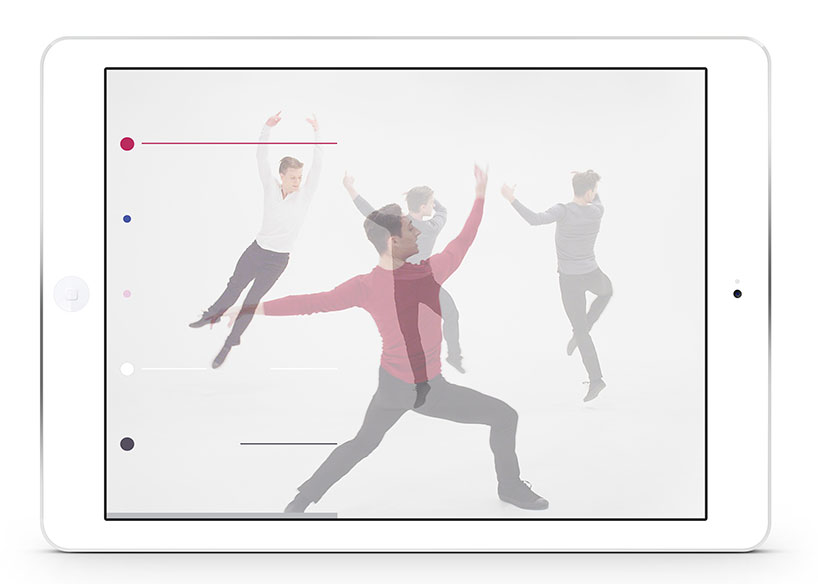 passe-partout utilizes an elegant interface, with buttons to the left of the screen that stop and start sequences, or a gyroscopic interface that cycles through the sequences. a time code that signals which dance is activated runs across the screen while the user is building the sequence, and disappears during the ‘playback’ mode. the buttons are color-coded according to the color of the shirts worn by the dancers. pentagram’s eddie opara and his team developed the technology of the app, and ben louis nicholas shot the video sequences. 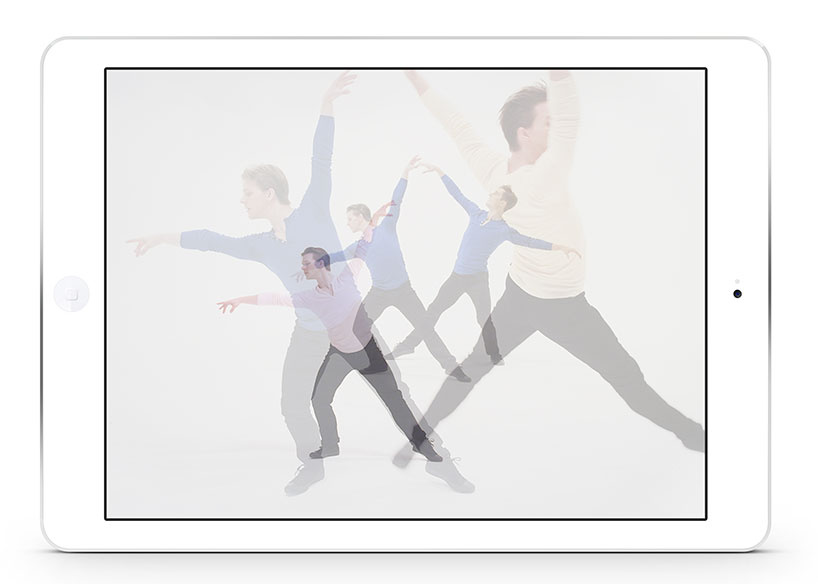 the team closely collaborated to create sequences that complement each other as they merge. each layer contains a different variation of music and movement, and the sequences have been carefully edited so they work together in any combination. nicholas shot the sequences both from a stationary tripod and using a steadicam that followed along with the dancers. (five of the tracks were photographed with a fixed camera; three were shot with the steadicam.) 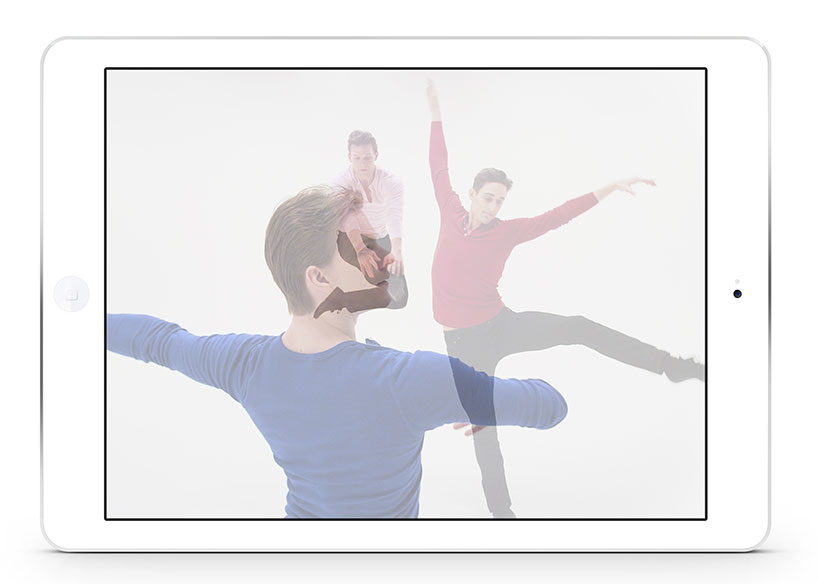 the project was designed with social networking in mind, and saved dances can be viewed in the app or immediately shared on facebook.