moto studio paul smart custom ducati motorcycle: paul smart is notorious in the bike world for winning the imola 200 on 23 april 1972, at age 29, riding ducati’s iconic ‘750 racer’ motorcycle, based on the ‘GT750’ roadster. the bologna-based manufacturer paid his airfare and £500 wages, which represents a pretty good deal considering the legendary status they both received when taking home the gold. 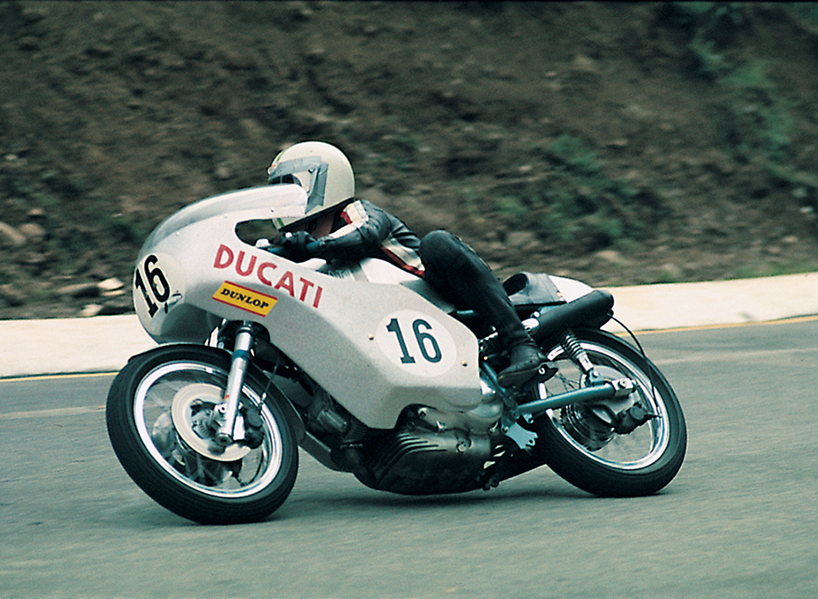 now, nearly 55 years on, miami-based moto-studio has paid hommage to the famous road-racer in this modern reproduction of his iconic motorcycle. according to the US-workshop, it’s choice of motorcycles are ‘the classic bikes of italy: ducati and moto guzzi.’

‘companies with long histories and soulful origins.’ comments moto-studio’s CEO, bruce mcquiston. he continues, ‘I admire many builders from around the world that work with other manufacturers. but for me, the bike needs to start with a soul.’ 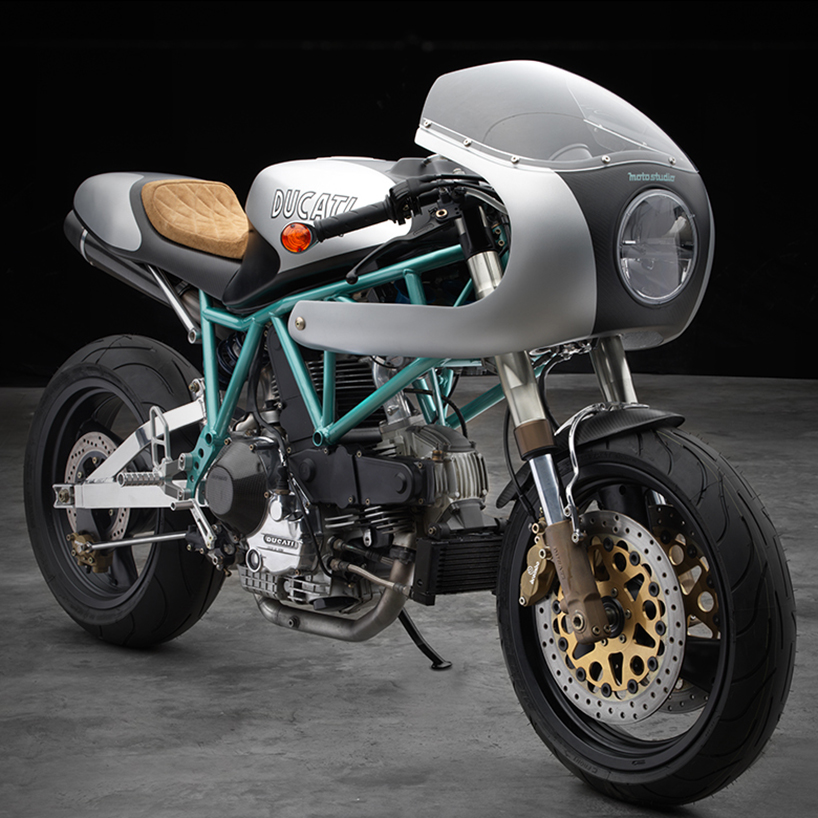 certainly soulful, this ‘paul smart ducati’ features the traditionally-styled fairing, classic seat cowl, front fender, and the same-styled reverse cone muffler, all revered on the original motorcycle. the subframe has been redesigned to accommodate the exhaust, with new woodcraft ducati ‘916’ rearsets fitted. the bike exhibits a high-level of craftsmanship from the front fender, to the carbon fiber clutch cover, to the camel-suede leather seat. 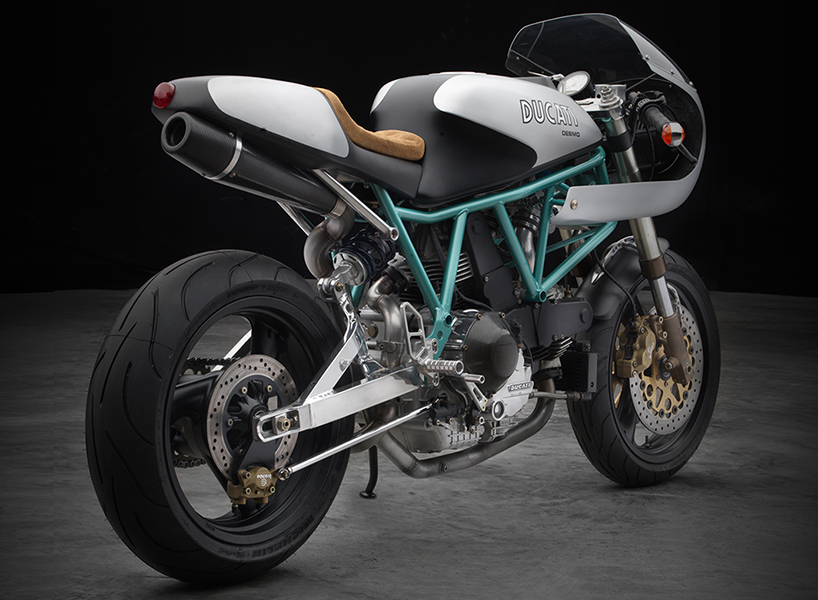 completing the quintessential ‘paul smart’ appearance is the same color palette exhibited on his original motorcycle: a combination of silver, black and raw carbon meshed between the retro-futuristic turquoise frame. 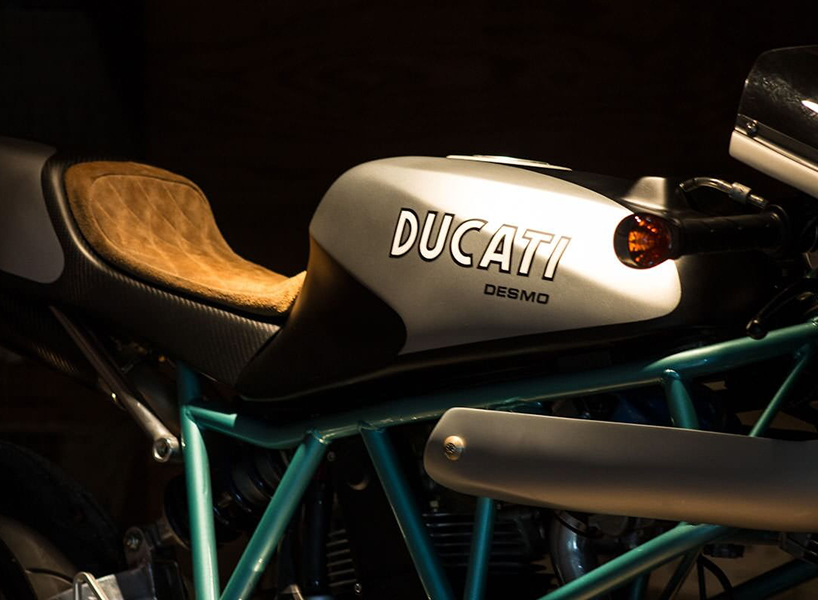 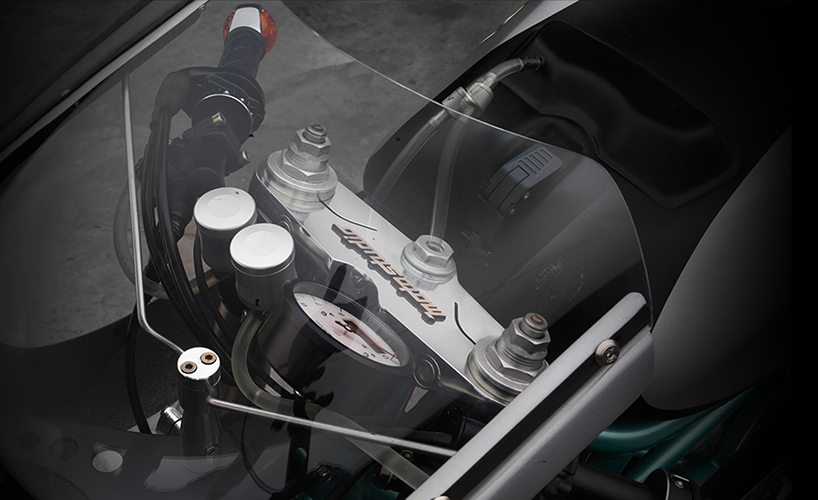 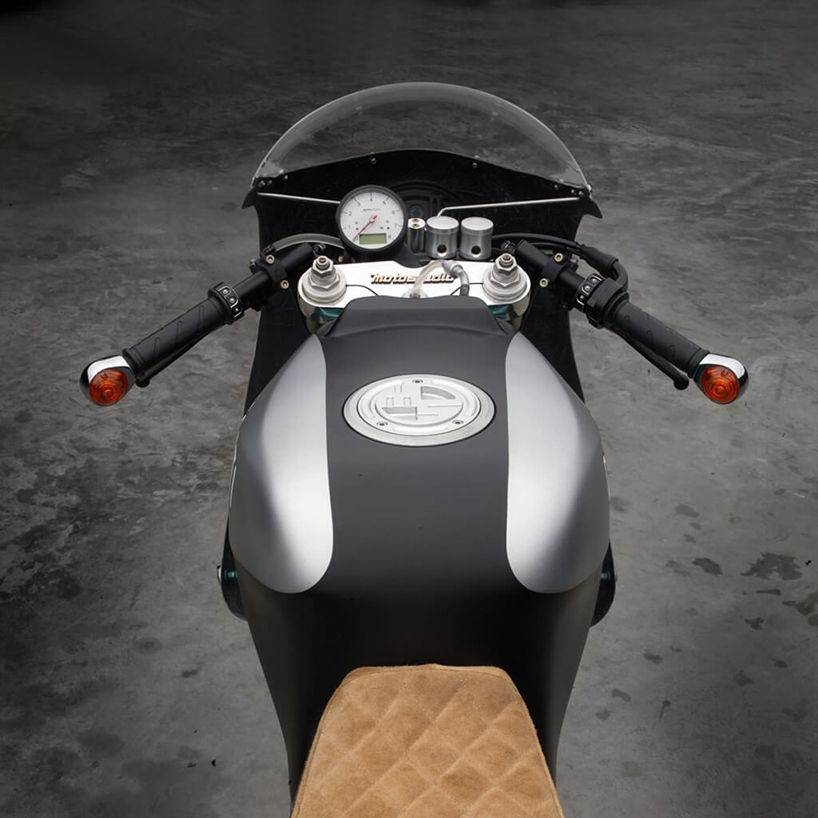 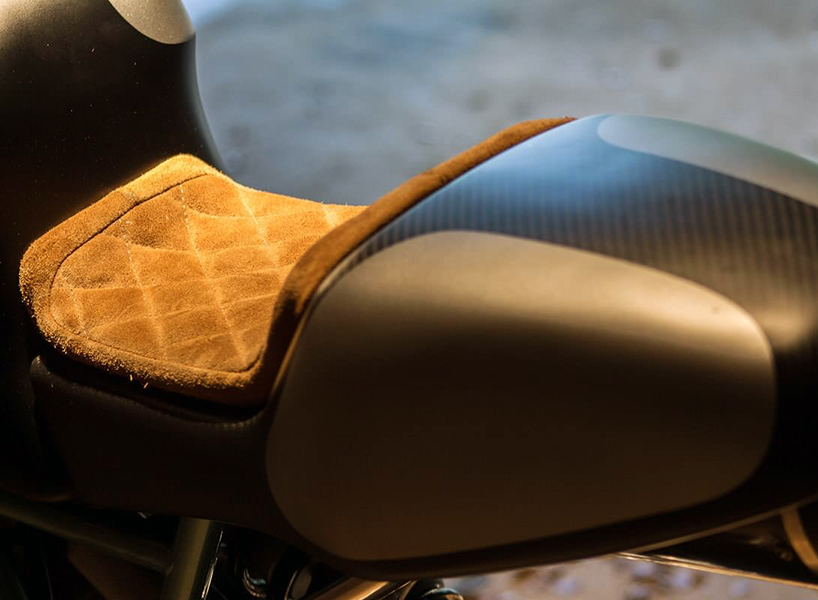