the ‘pebble‘ e-paper watch is in its last few days on kickstarter, having already raised over 10 million dollars to become the most highly and quickly crowd-funded project in history. the device is designed as a fully customizable black-and-white e-ink interface, connecting via bluetooth to provide message and phone alerts for android or iPhone, as well as music controls and specialty applications. when enabled, vibrating notifications alert users to incoming calls, e-mail, calendar alerts and alarms, facebook messages, new tweets, weather alerts, and text messages (for android). users can dismiss these updates with a shake of the wrist.

the device’s manufacturers have just announced new updates about the watch, including compatibility with the ‘twine’ sensor unit. ‘twine‘, another successful kickstarter project, is an ‘internet of things’ system that lets users receive ‘status updates’ from their laundry machine, front door, floor, or other objects. these notifications will now be displayable on ‘pebble’. see designboom’s article on the ‘twine DIY smart home‘ system for more examples of how it can be used with the e-ink watch. in addition, ‘pebble’ itself will integrate similar functionality for users, allowing them to set ‘if this, then that‘ commands; while developers can use the C-based pebble SDK to create their own applications and functions. ‘pebble’ is also now more waterproof, letting users swim or run in the rain with the device.

demo video of the integration of ‘pebble’ and ‘twine’

the initial pre-orders for the device are now closed, as the company has maxed out its first run of 85,000 units, although those interested in purchasing the device can sign up for updates here or by pledging on kickstarter before may 18th. the first ‘pebble’ watches are expected to ship in september 2012. they have a retail value of 115 USD. 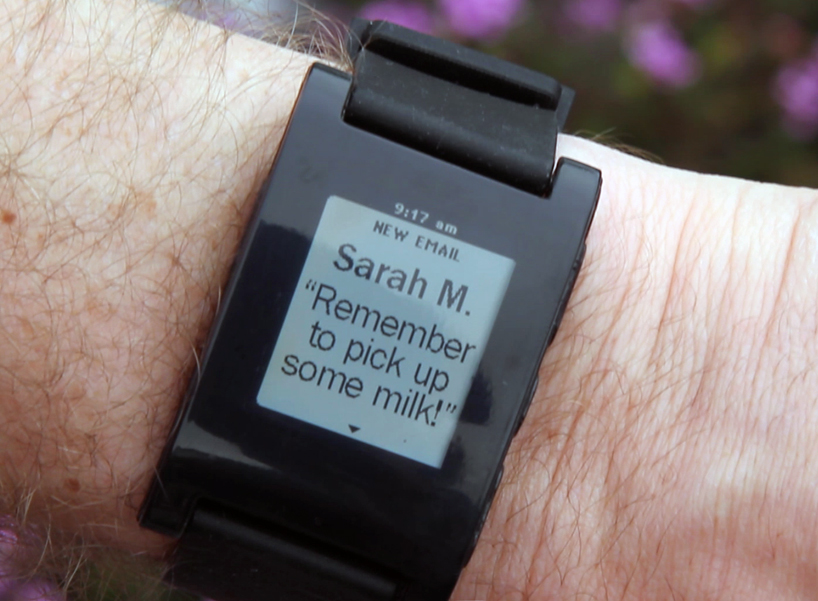 the device interfaces with android and iPhone devices to show e-mails, text messages, and call notifications 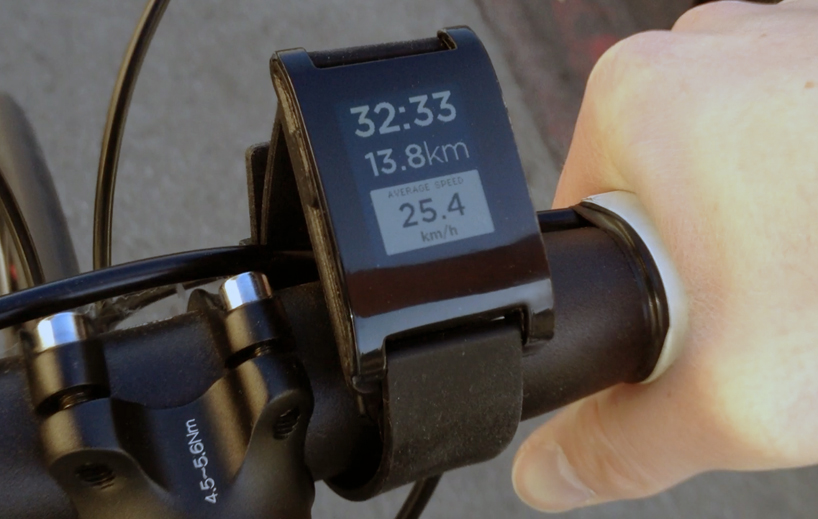 specialty applications can be used by cyclists, joggers, and golfers for tracking their progress

while lacking the customizability and open-source nature of ‘pebble’, the italian 2011 ‘i’m watch’ features a similar concept with increased smartphone integration, permitting the making and receiving of telephone calls directly from the device; interested readers can find designboom’s coverage here.