originally manufactured in 1962, the ‘P50’ by british engineering company peel continues to hold the world record for the smallest production automobile, and the company has begun a limited edition run of its ‘P50‘ and ‘trident‘ models with an electric or petrol engine. the 3-wheeled street-legal vehicles are urban commuters, with a limited top speed and driving range but a fully enclosed chassis. 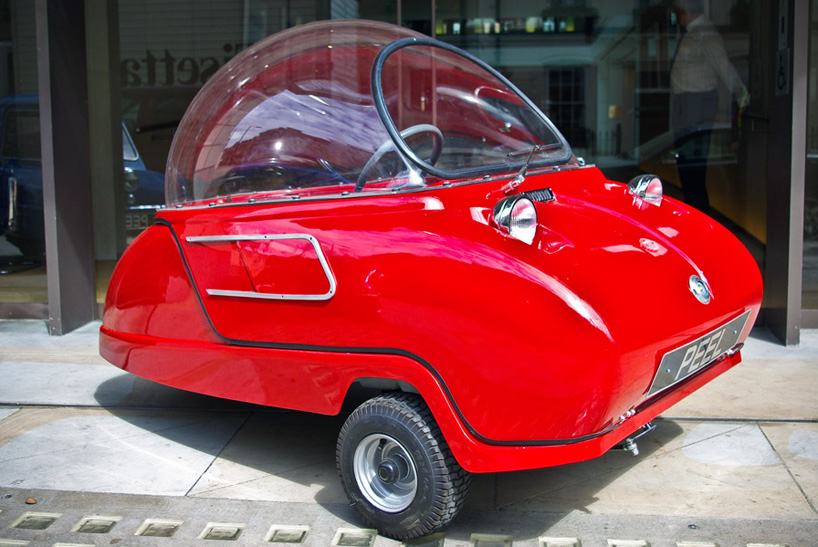 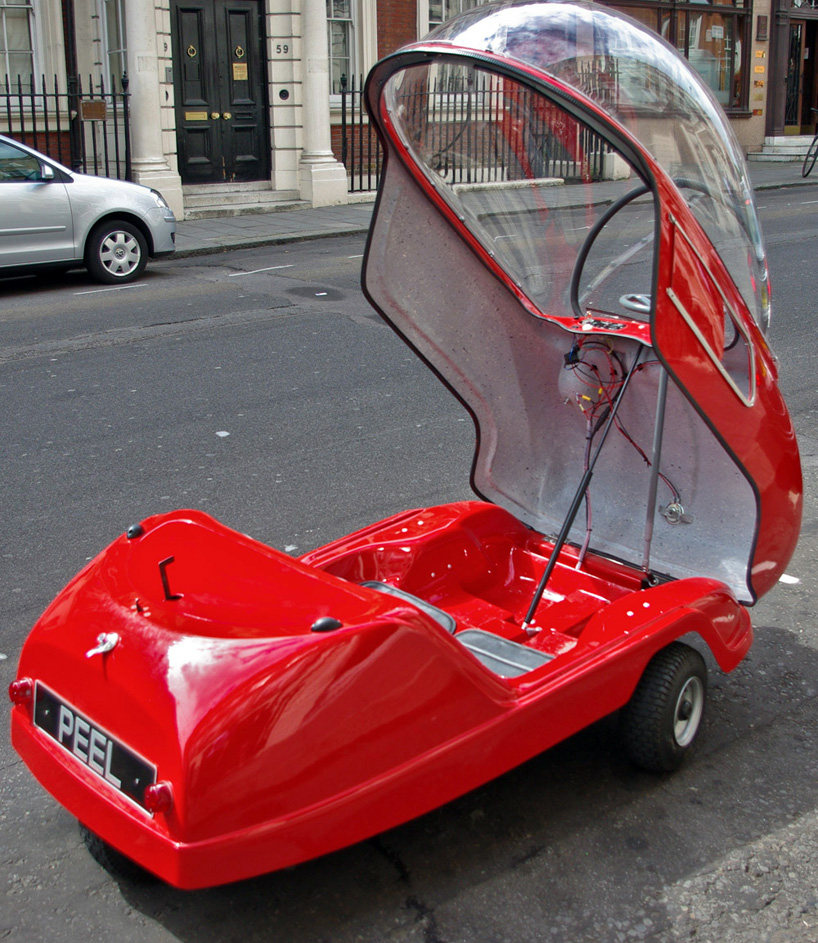 ‘trident’ with roof raised for entry 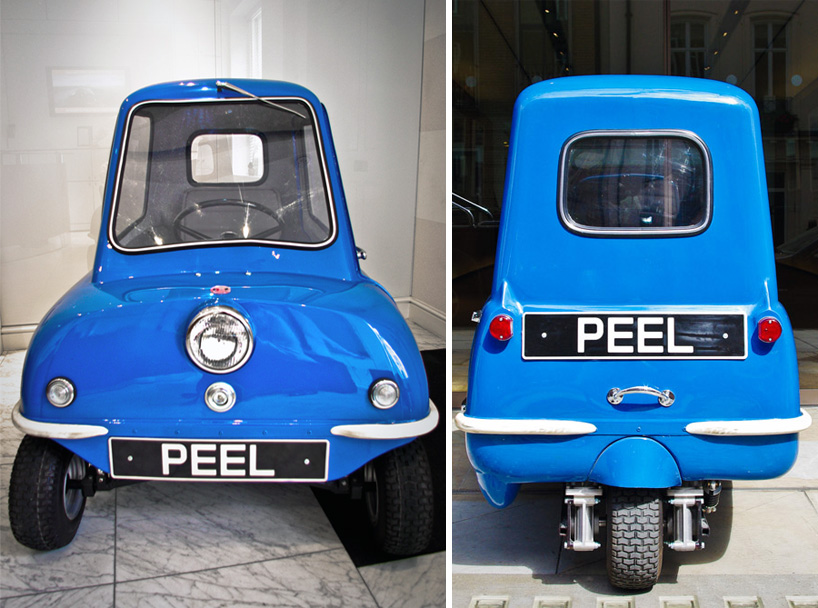 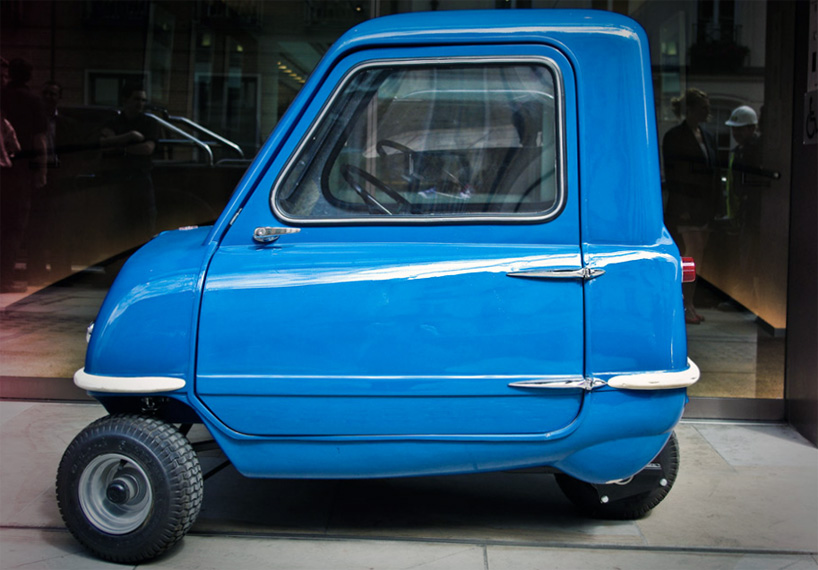 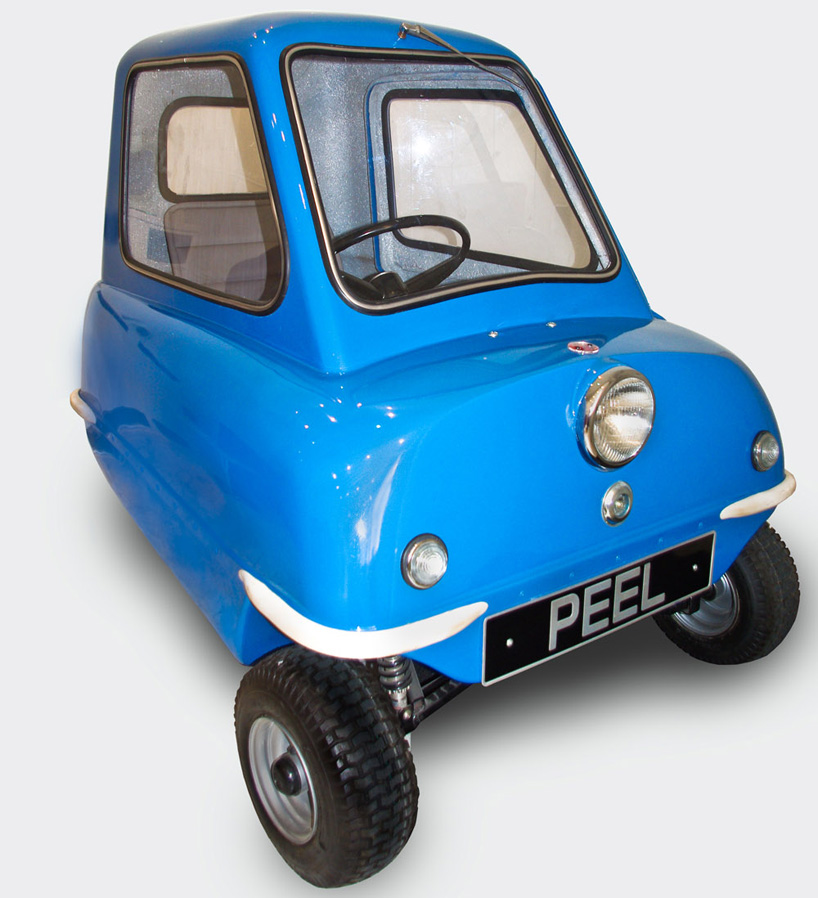 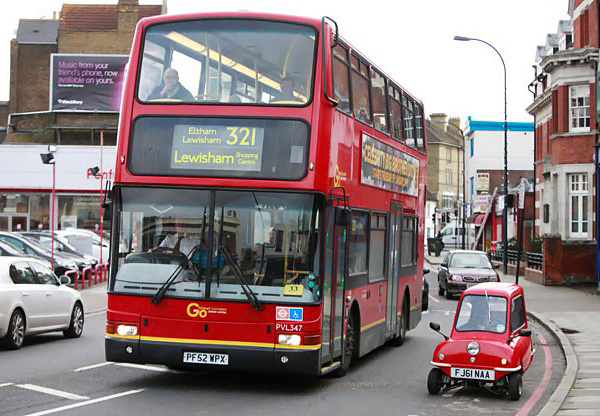 each vehicle is available in a limited edition run of 25 cars for 12,500 GBP (about 19,800 USD). both are available in its classic offerings of red, white, and blue, with the ‘P50’ also available in a new fuchsia tone, or bespoke colours by request.