researchers have successfully developed a portable, robotic exosuit that can assist wearers in both walking and running in natural terrain. the team — comprised of scientists from harvard’s wyss institute for biologically inspired engineering, john a. paulson school of engineering and applied sciences (SEAS), and the university of nebraska omaha — have produced a lightweight wearable made of textile components that is worn at the waist and thighs. a mobile actuation system, attached to the lower back, is controlled by an algorithm that detects the transition from walking to running (and vice versa), making mobility, in both conditions, easier. 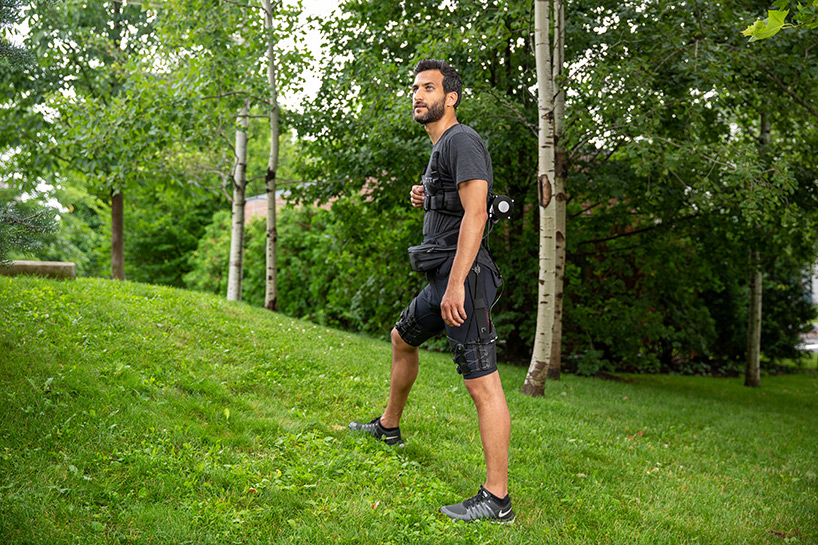 in treadmill-based indoor tests, the team first demonstrated that the exosuit worn by users reduced their metabolic costs of walking by an average of 9.3%, and of running by 4%. ‘we were excited to see that the device also performed well during uphill walking, at different running speeds and during overground testing outside, which showed the versatility of the system,’ said conor walsh, Ph.D, who led the study. ‘while the metabolic reductions we found are modest, our study demonstrates that it is possible to have a portable wearable robot assist more than just a single activity, helping to pave the way for these systems to become ubiquitous in our lives.’ 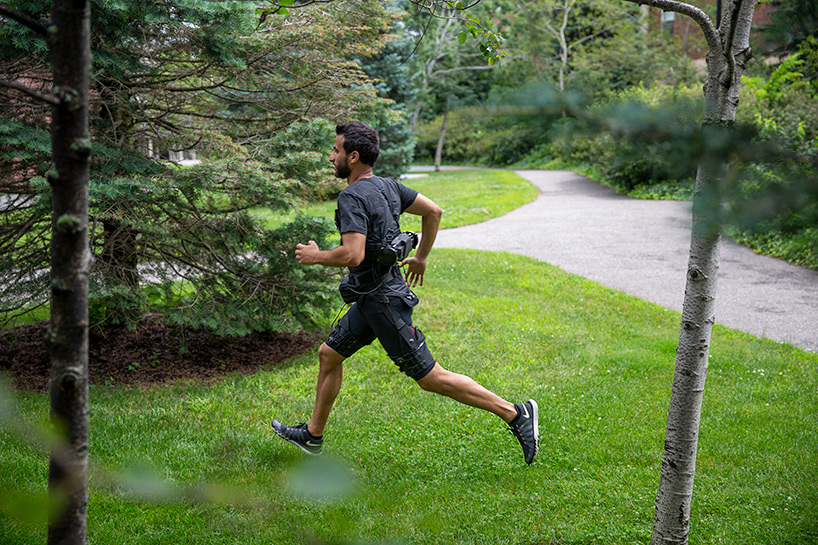 the hip exosuit was developed as part of the defense advanced research projects agency (darpa)’s former warrior web program and is the culmination of years of research and optimization. this verison’s developed actuation cable applies a tensile force between the waist belt and thigh wraps, generating an external extension torque at the hip joint that works in tandem with the gluteal muscles. the exosuit weighs in a 5kg (~11lbs) in total, with more than 90% of its weight located close to the body’s center of mass. ‘this approach to concentrating the weight, combined with the flexible apparel interface, minimizes the energetic burden and movement restriction to the wearer,‘ said co-first-author jinsoo kim, a SEAS graduate student in walsh’s group. ‘this is important for walking, but even more so for running as the limbs move back and forth much faster.’

read more about the development of the project on the wyss institute’s site, here.