french designer philippe starck has taken the occasion of CES 2012 to introduce his ‘zik’ headphones for parrot, a high-tech design optimized for both intuitive music control and seamless integration with smartphones as a headset. the earphones include a capacitive touch panel controlled by intuitive gestures: swiping upwards increases the volume while swiping downwards lowers it; swiping forward or backwards navigates through the track list. the system also features active noise control, in which two microphones register the internal sound and two pick up external noise, which can then be isolated and cancelled. parrot’s ‘concert hall effect’ processing algorithm increases sound fidelity by mimicking the depth achieved by surround-sound input. 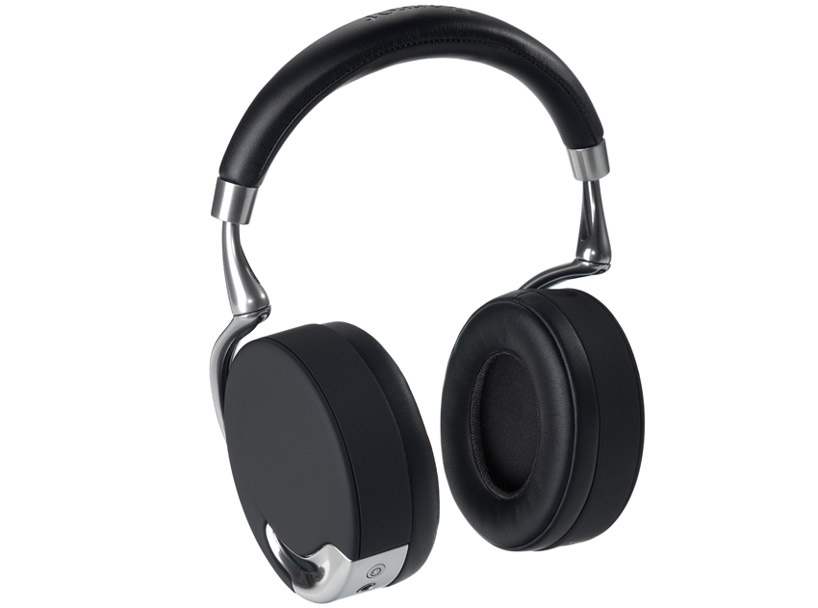 NFC (near field communication) -compatible, philippe starck‘s zik headset for parrot syncs seamlessly with smartphones via bluetooth. furthermore, a bone conduction sensor detects jaw movement, optimizing sound for clearer calls when the user seems to be in the midst of a telephone conversation. a motion detection sensor determines when the headset is raised and in use, in contrast to when it is removed or being worn around the neck. showcased at CES 2012, the device automatically activates bluetooth in the former circumstance and turns it off– as well as pauses music playback– in the second. 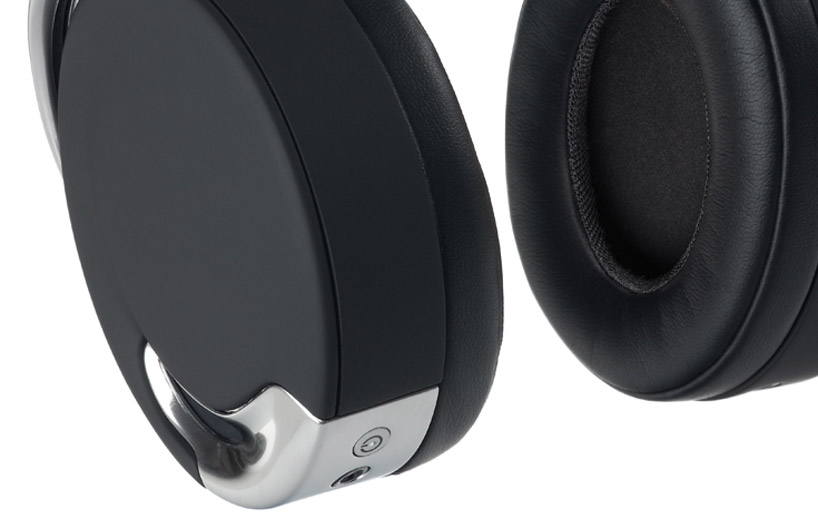 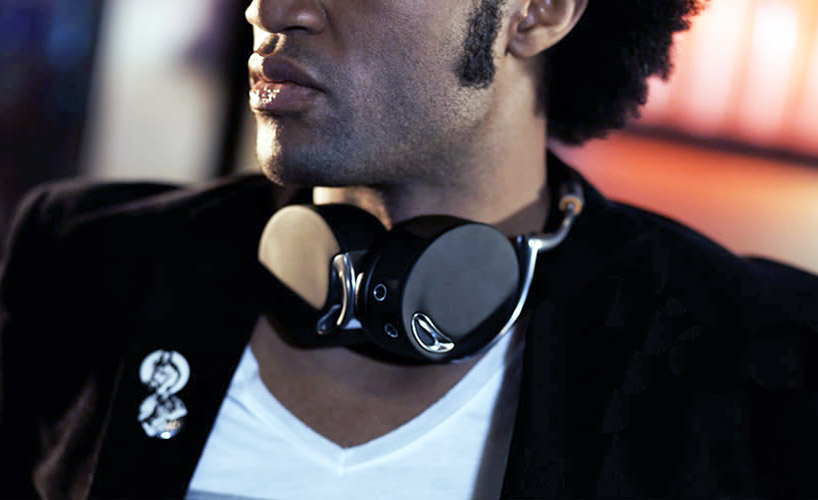 motion detection sensor activates bluetooth when the device is in use, turning it off when not

talking with philippe starck about ‘zik’