designboom has just heard from philips design with updates about their ‘freestreet’ lighting system, first exhibited at dutch design week 2011. the street lighting design eliminates the need for poles, relying instead on the stringing of narrow cables equipped with LEDs to illuminate public space.

the design is a response to the observation by architects and urban planners of the problems of light pollution and cluttered streets. ‘freestreet’ adds no additional ground infrastructure, thus dissolving more seamlessly into the urban environment by day. all of the electrical and mechanical framework behind the system are integrated into the cables themselves. by night, the system provides less but more focused light than traditional streetside lamps, and the design ensures that the LEDs are always facing downwards, highly reducing light pollution.

the design ‘celebrate[s] the ‘lineness’ of light,‘ explains oscar pĕna, creative director of philips design. ‘freestreet’ has recently been installed and is currently viewable at catharinaplein in eindhoven. 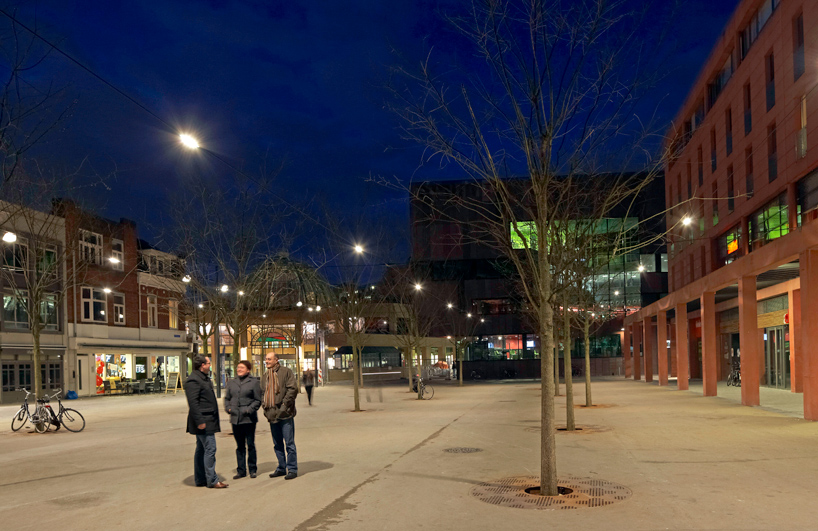 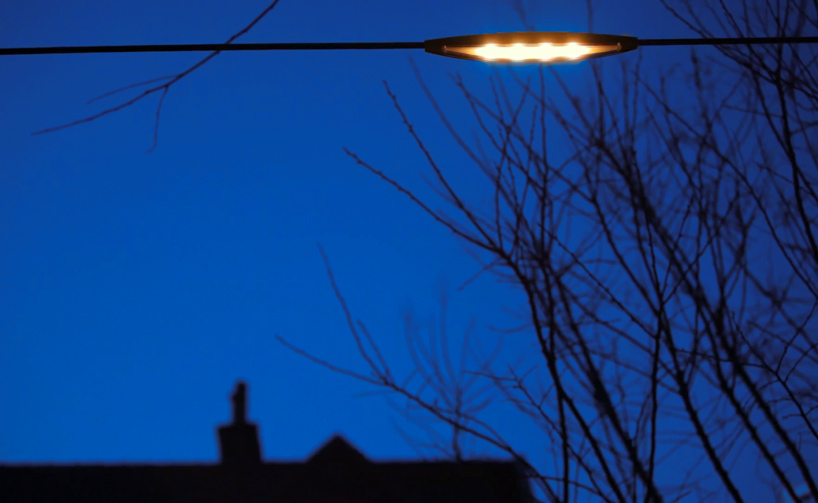 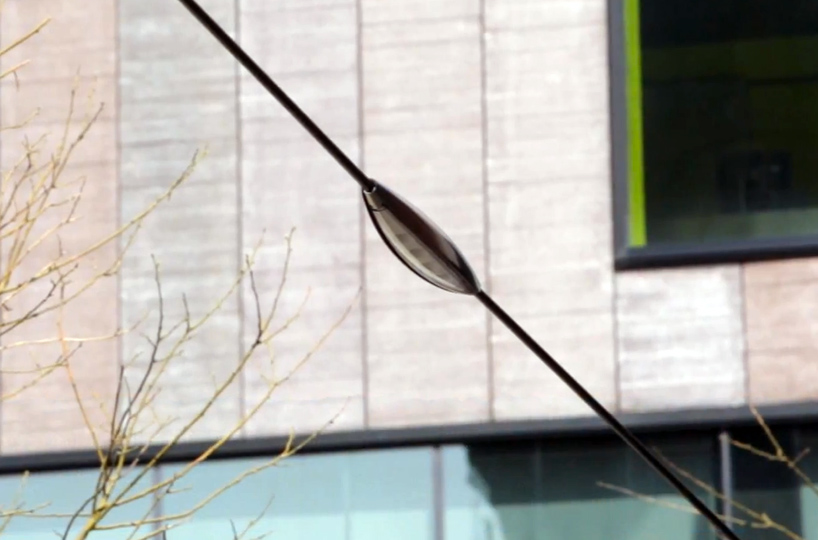 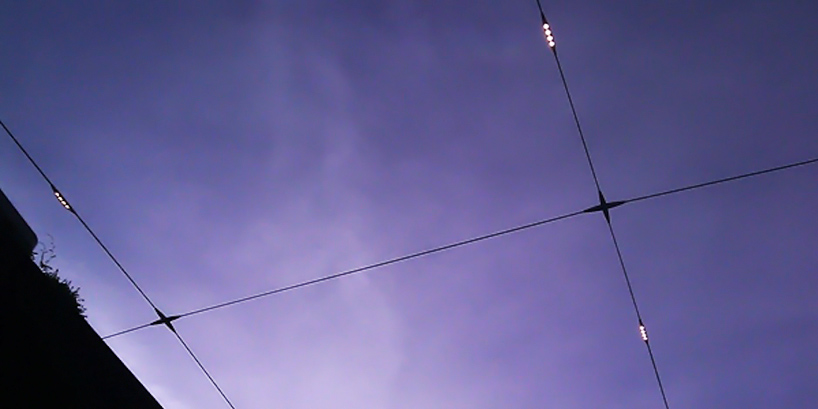 view from below of ‘freestreet’ 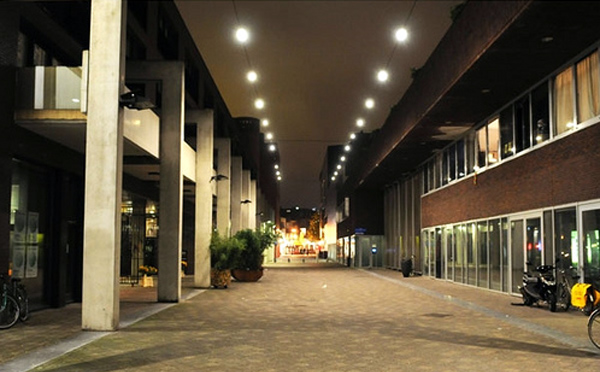