english designer mark wheeler has created ‘ping pong FM’ — a fun, musical take on table tennis. choose a song and keep it playing at the correct tempo by keeping the ball in play. rally too slowly, or drop the ball, and the music will wind down to a stop. ‘ping pong FM’ is a team game in which players have to work together to keep the party going. the project was born out of ideas around how we listen to and interact with music, as well as how to bring extra fun and surprise to something familiar. 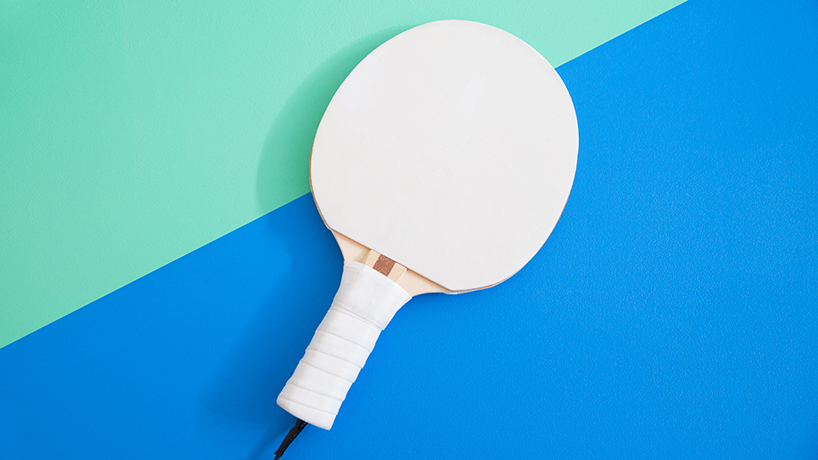 ‘usually music listening experiences are strictly about being as true to an original recording as possible. but why can’t listening to a record be as playful and interactive as a live performance?’, comments creator + designer mark wheeler. originally from the UK, wheeler now works in seattle at digital kitchen, and also goes by mark eats. 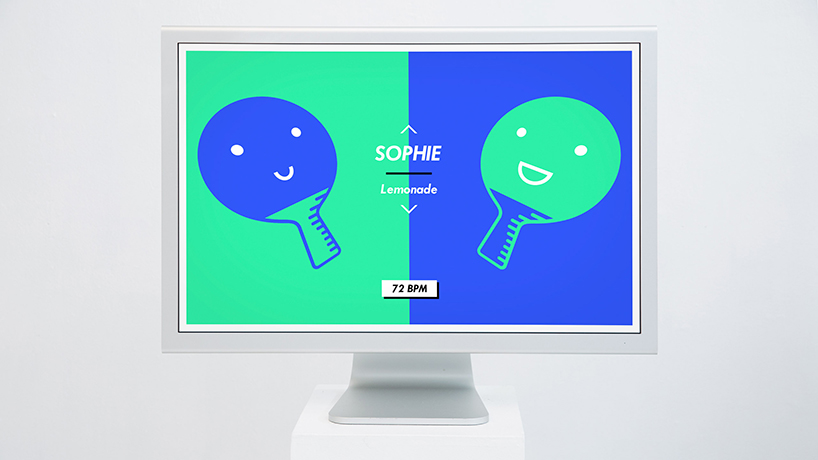 every time a player hits the ball, an app updates and adjusts the music to change its speed based on how well the players are keeping pace. after considering several approaches, it was found that placing contact microphones within each of the paddles was the most effective solution to keep track of the game. these are used to ‘listen’ for the wooden paddles reverberating when the ball hits. the microphone audio is then processed on an arduino hidden inside a retro radio case that listens for peaks above a threshold. 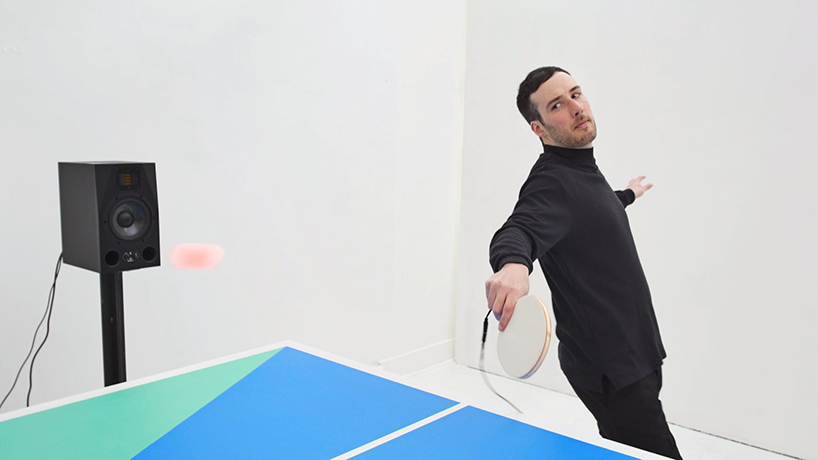 the arduino communicates with another computer running the game app, built using open source toolkit openframeworks. this app keeps track of the pace of play and adjusts the speed of the song appropriately as well as re-syncing to the beginning of a bar after longer slow-downs. it also gives visual feedback with character animations on screen and has a jukebox-style collection of songs to choose from. 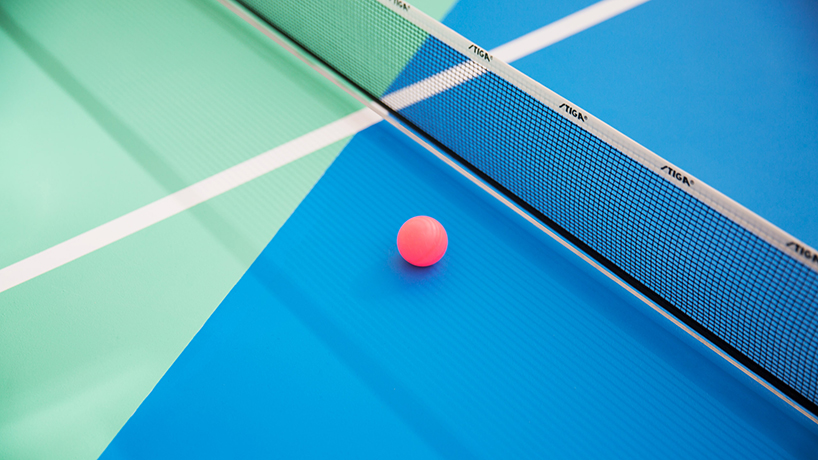 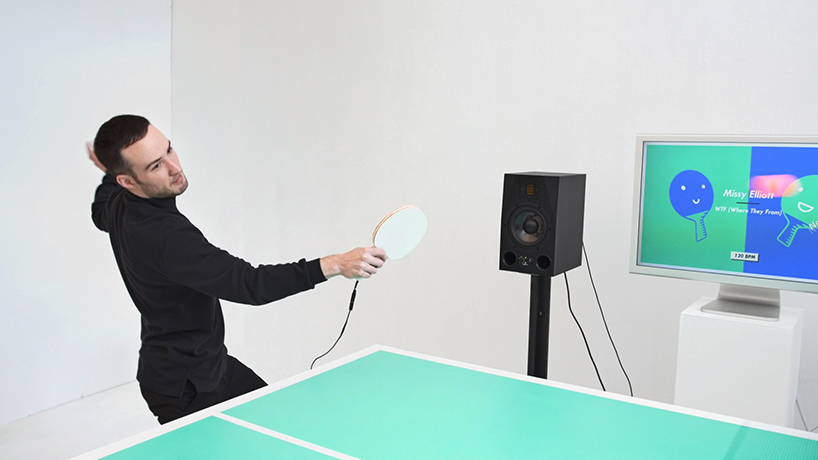 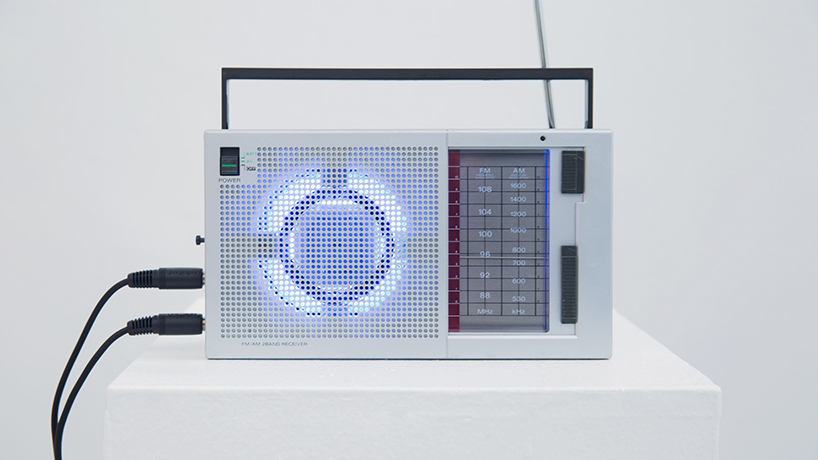 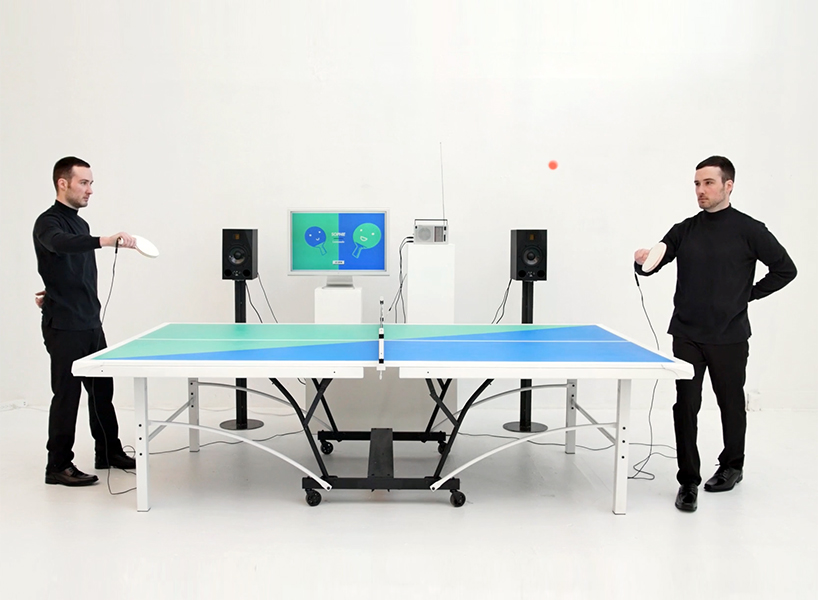