the smart-sportswear company PIQ has been working with the ski-equipment brand rossignol over the past year to develop smart wearables for snowsports. dubbed the ‘first-ever connected ski,’ the latest product to be unveiled is the hero master— a pair of skis with an integrated AI computer to provide the rider with a live analysis of their technique on the snow.

PIQ creates sensors for a variety of sports, including boxing and tennis. their eponymous sports tracker, the PIQ robot, monitors thousands of datapoints as you move. the collaboration with rossignol takes wearable technology one step further by actually integrating the nano-computer within the skis themselves.

the PIQ robot is integrated within rossignol’s hero master ski

the smart skis use a variety of motion sensors to track important metrics including speed, turning angles, transitions, and the g-force of each turn. the skis are powered by a system called GAIA—an AI-powered machine learning algorithm for processing the data in real time. the integrated computer analyzes the data down to microscopic variations in skiing movements. unlike any previous technology of its kind, the hero master skis analyze your technique and display the information on a detailed LED screen built into the equipment. the sensor also sends data to your smartphone, so you can look back at your performance once you get off the snow. 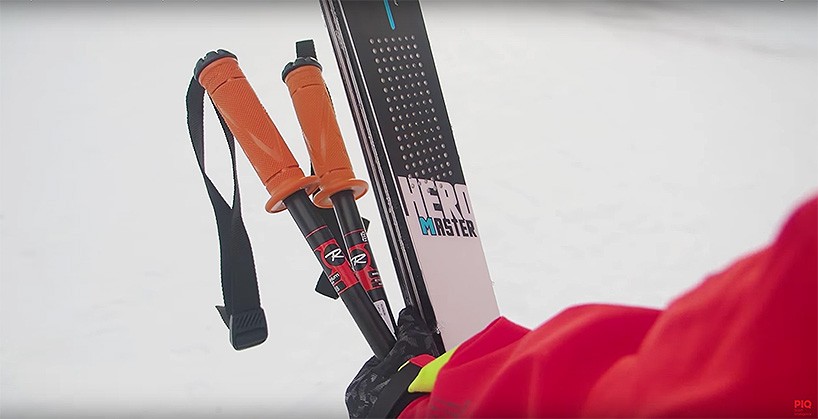 the AI-powered machine nanocomputer monitors your technique as you go

although the company already has a tracker for skiers which is a separate sensor that mounts on the rider’s boot, the position of said device does not allow for real-time technique analysis. the swiss startup won the ISPO Brand new 2017 award for their innovative wearables, and justified the prize by unveiling their new ski proptotype at the ISPO sports business show in munich this week. 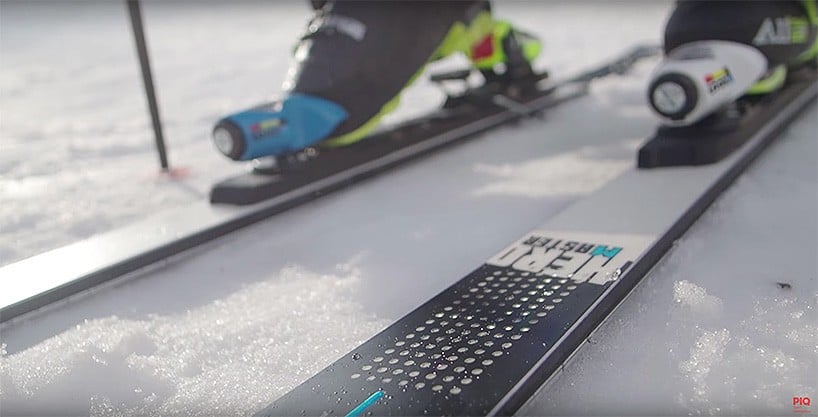 the hero master is rossignol’s most popular racer ski

the sensors track speed, turning angles, transitions, and the g-force of each turn 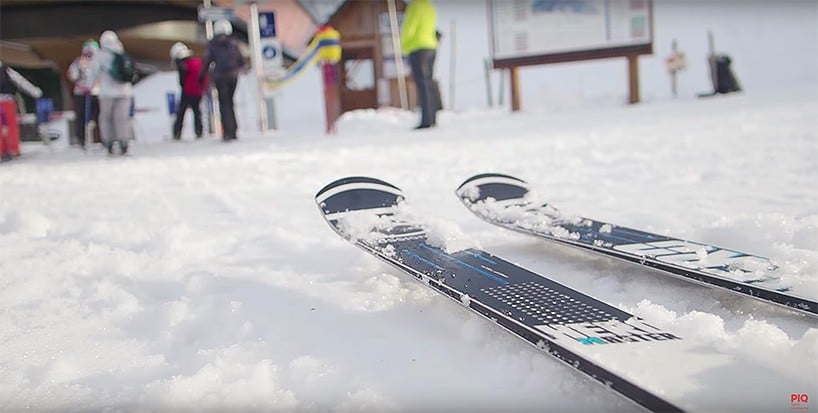 unlike bulky sports trackers, the PIQ robot is smoothly integrated within the technology 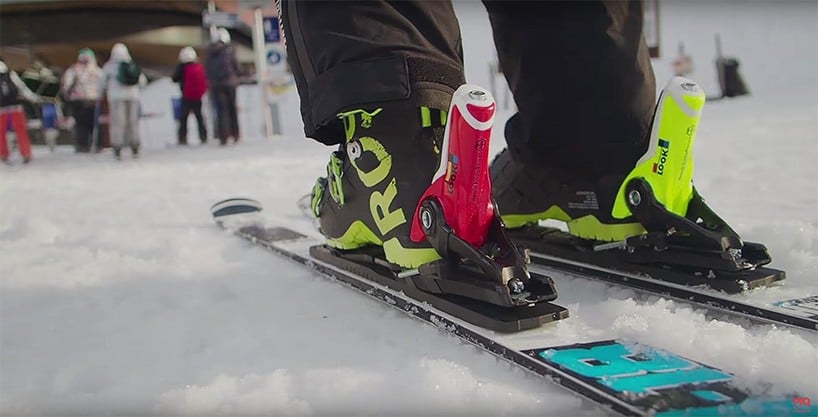