‘play’ is produced in a range of colours

created by hong kong -based designer fabien nauroy for native union, ‘play‘ is a miniature video-memo device, shaped like a speech bubble. a 2.4-inch colour screen is flanked on the right by three buttons: play, record, and delete. users may record a video message of up to three minutes using the device’s tiny 0.3-megapixel camera. ‘play’ has a magnetic back so it can easily stick to refrigerators and other objects.

when a message is recorded and ready for listening, a light blinks in the lower part of the speech bubble and the screen shows an envelope icon. 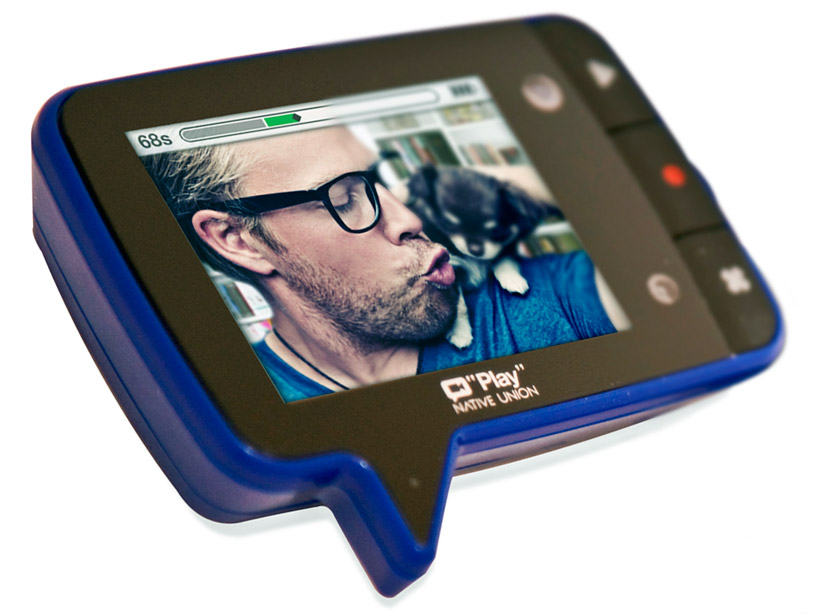 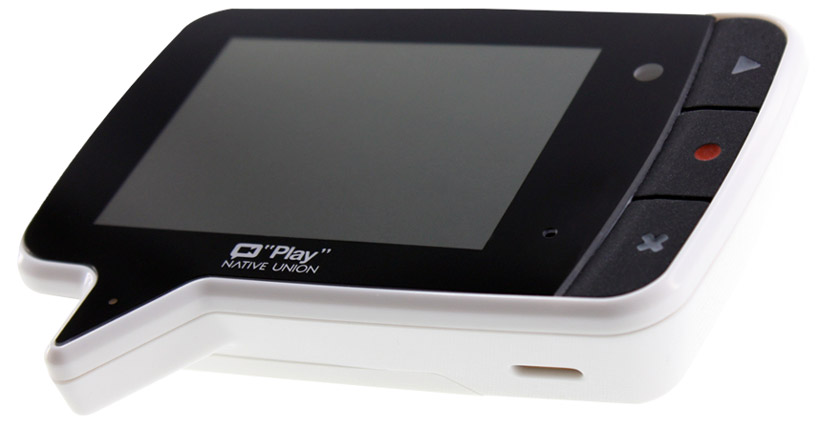 full view of the device

example use of the magnet-backed device