panic has unveiled playdate, a tiny 8-bit handheld video game system that feels more like a game boy than anything else. but you shouldn’t be fooled by its retro design or its black-and-white screen as it’s equipped with technologies that bring it to our era like WiFi and weekly games. 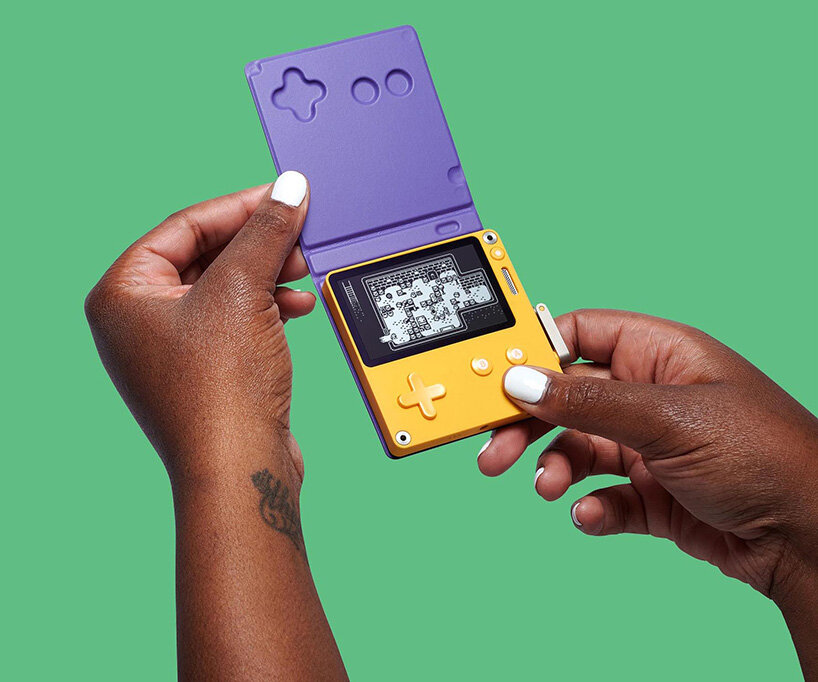 ‘panic saw an opportunity for something truly different in the world of video games,’ comments the official release. ‘something small-scale that could deliver a dose of fun and delight to video game players who have otherwise seen it all. something that could fit nicely in-between regular gaming sessions. something unexpected and beautiful, with a secret, surprise set of exclusive games written by amazing developers. put simply: something that adds a little brightness to your life.’ 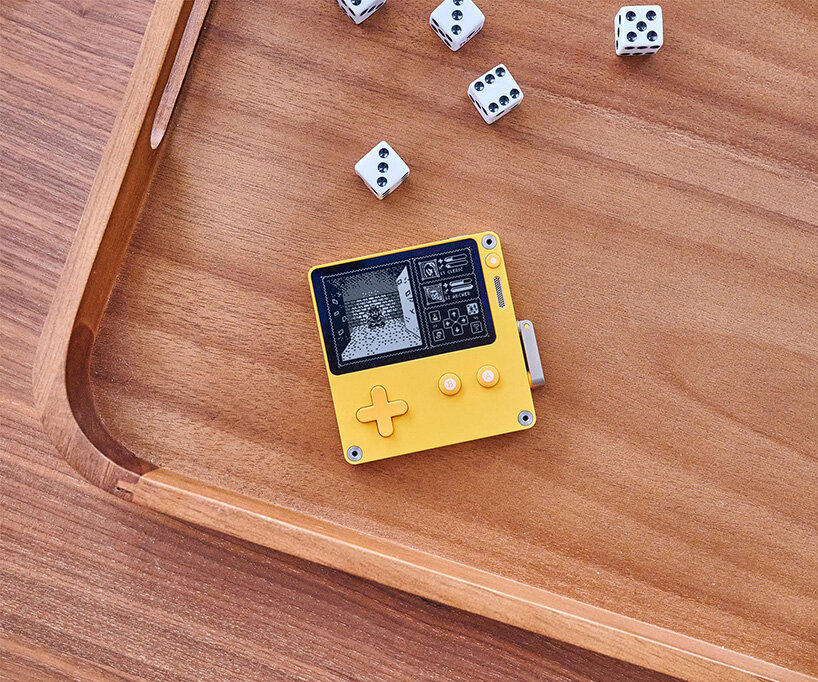 playdate features the usual d-pad, A+B buttons, pause button, etc. but it also has a crank — a rotational analog controller that flips out from the side and puts a new spin on games. its 2.7-inch (68mm) black-and-white screen has no backlight, but produces a perfectly crisp image without grid lines or blurriness. at night, you can sit by a reading lamp and enjoy the games. the device contains both Wi-Fi and bluetooth hardware and runs on a custom OS designed by panic. 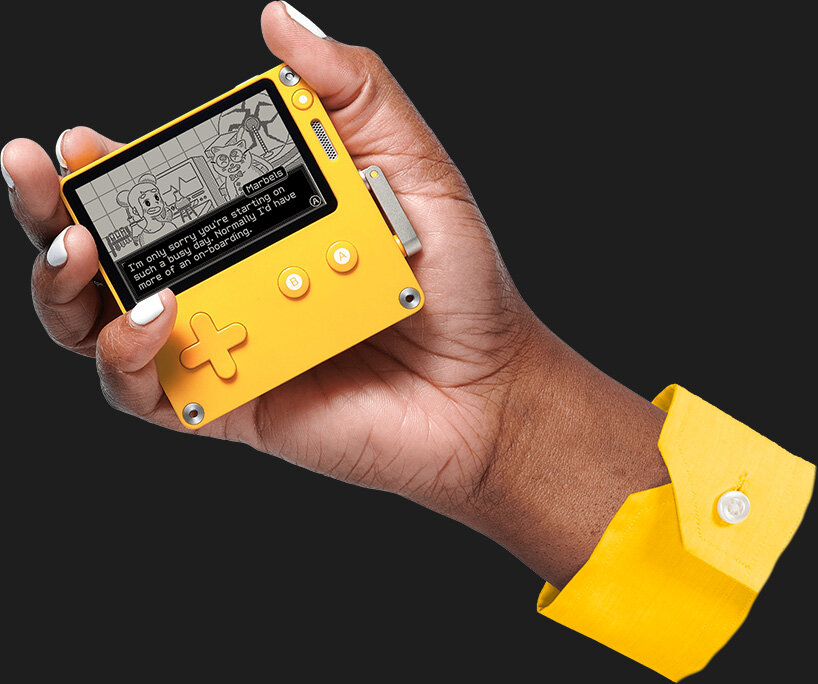 what we found most interesting about this device is what they call the season, or a collection of secret games that are released to players over time — currently planned to be one game per week. it gets even better as the company says that once the season is over, the games you downloaded to your device will stay there, allowing users to play them any time. 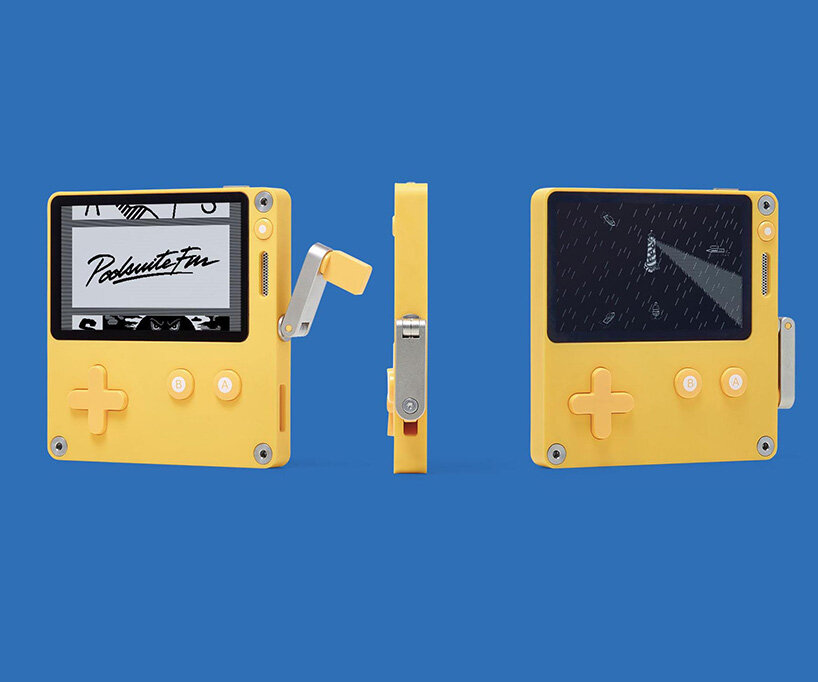 the playdate was created together with swedish consumer electronic company teenage engineering who created the crank because they ‘want to break people off their touch psychosis.’ 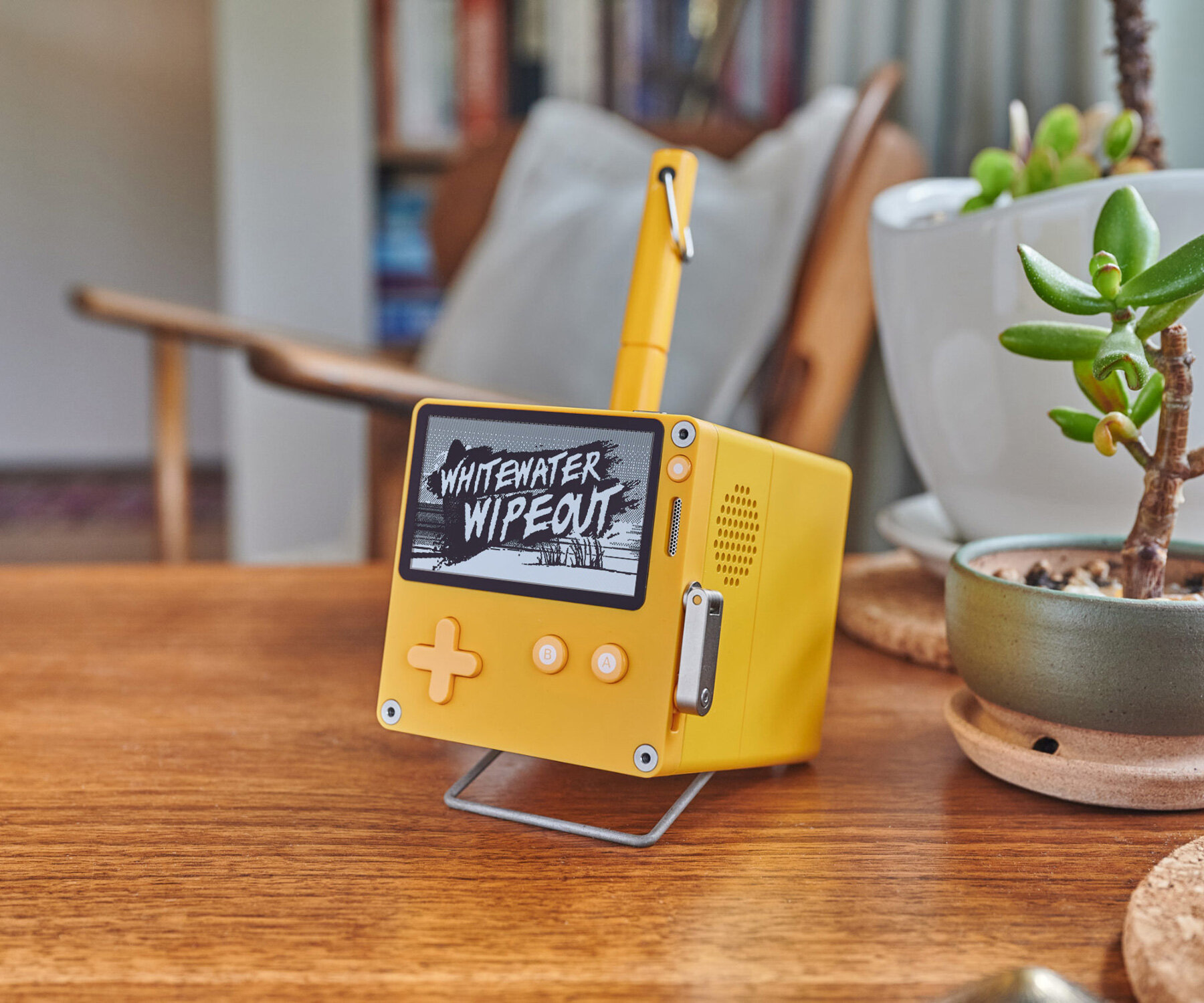 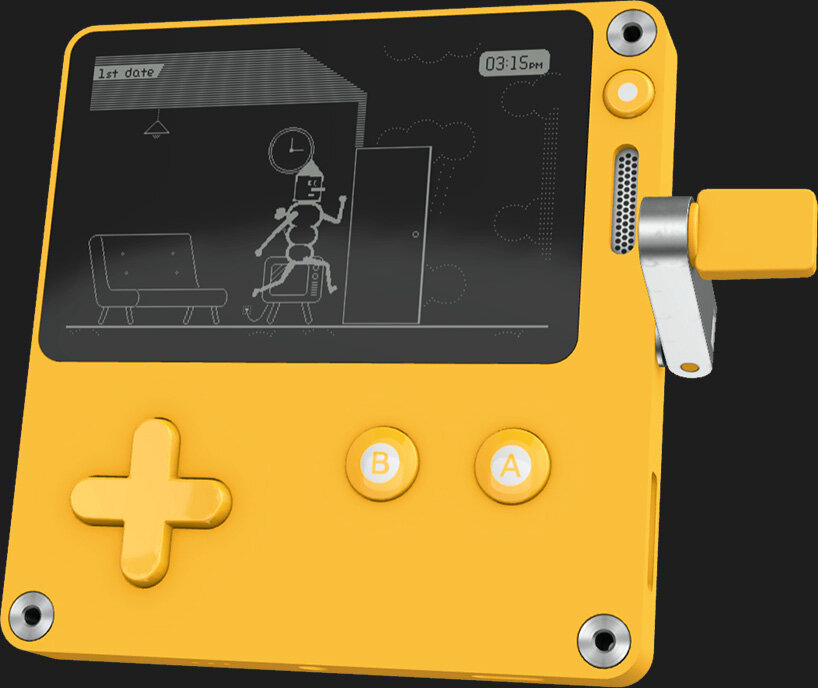 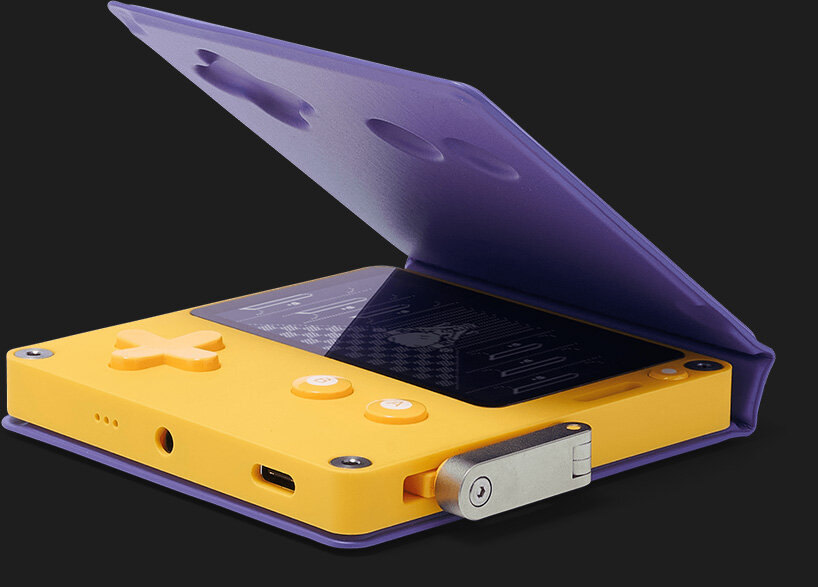 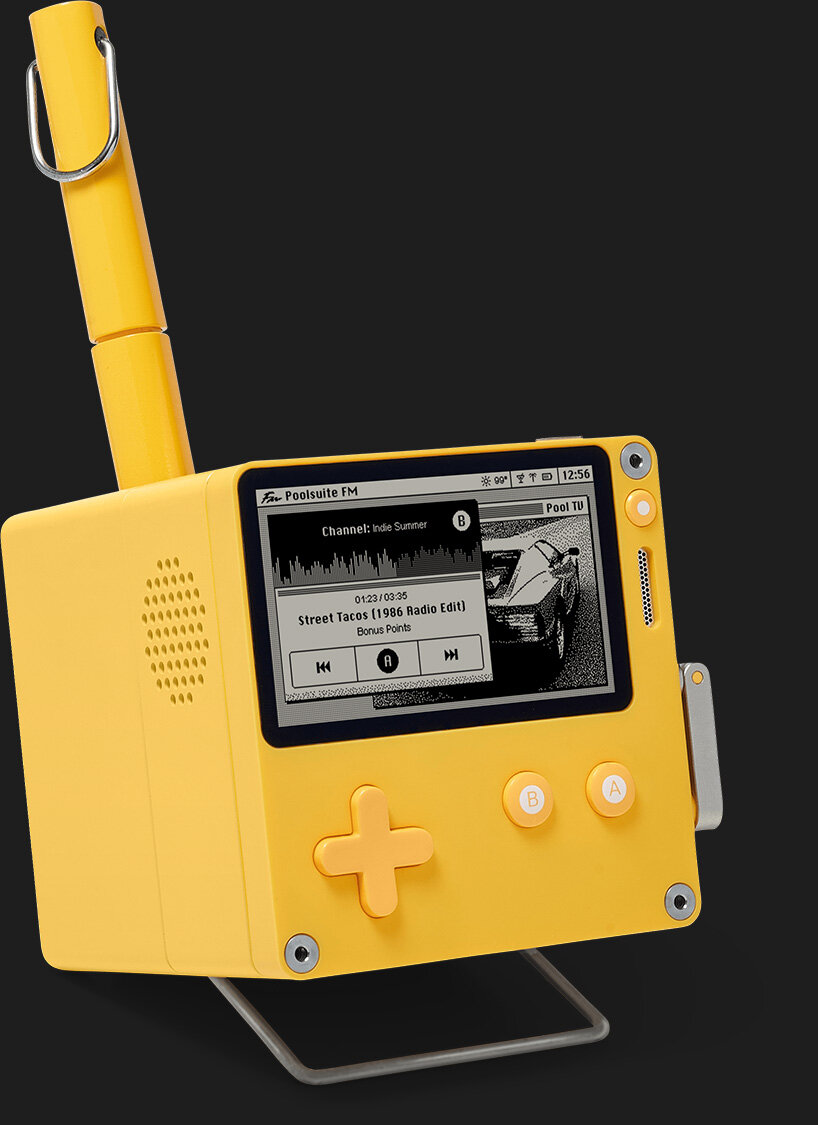 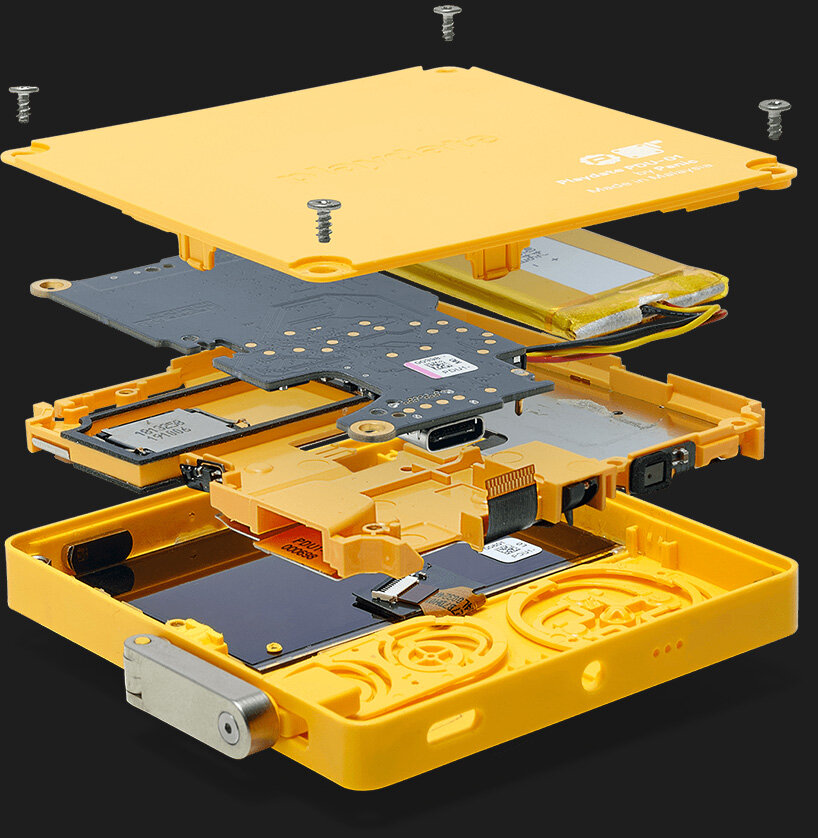 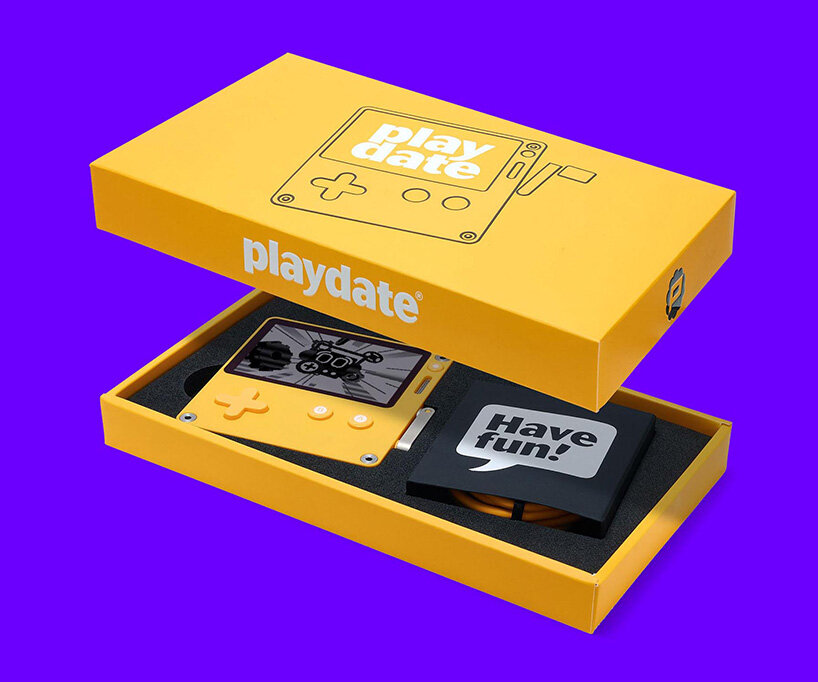 in collaboration with: teenage engineering