‘plick‘, a prototype created by brazilian born industrial design student gabriel paciornik for his final project at israel’s shenkar college of engineering and design, is an interactive building toy, permitting different components to be connected through rubber wiring and attached to everyday objects to create interactive devices.

at present paciornik has created an engine, a distance sensor, an LED lamp, a battery set, and a microphone; any combination of which can be connected together with conductive rubber bands. output devices like the engine, LED, or speaker, work instantly upon connection to the battery pack. when a distance or sound sensor is likewise connected to both components, the actuator responds exclusively to this kind of sensory input: the engine spins or the LED turns on, for example, when the sensor detects something and stopping when not.

as up to six units may be connected to any one battery pack, more complex behaviour can be mediated by connecting multiple actuators and/or sensors (in which case they are governed by OR logic, causing a response when any one input is registered).

the elasticity of the rubber connection pieces makes it simple for users to wrap their input/output series around toys, furniture, and body parts to create impromptu interactive devices. for example, paciornik has transformed a wooden block into a car, using the engines for working wheels and equipped with a distance sensor to avoid crashing into obstacles; and created a robot figure with LED eyes. 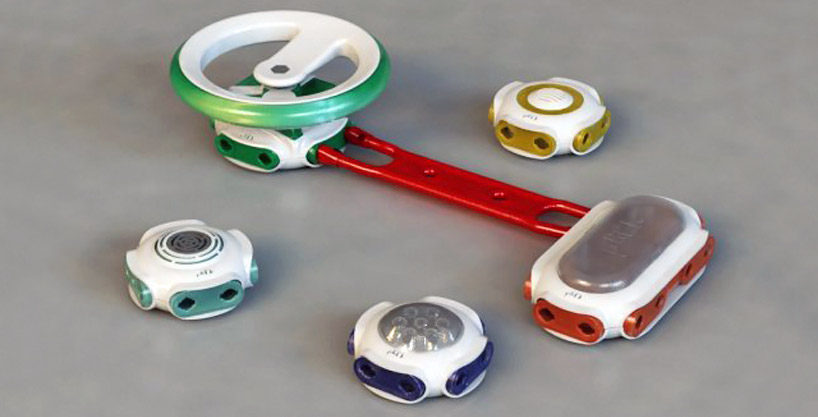 the system at present includes an an engine, a distance sensor, an LED lamp, a battery set, and a microphone, along with the rubber connective bands 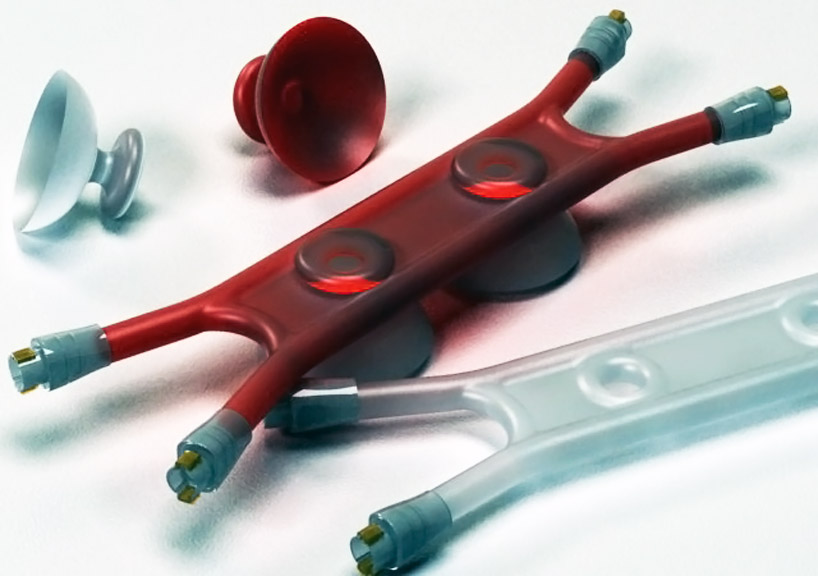 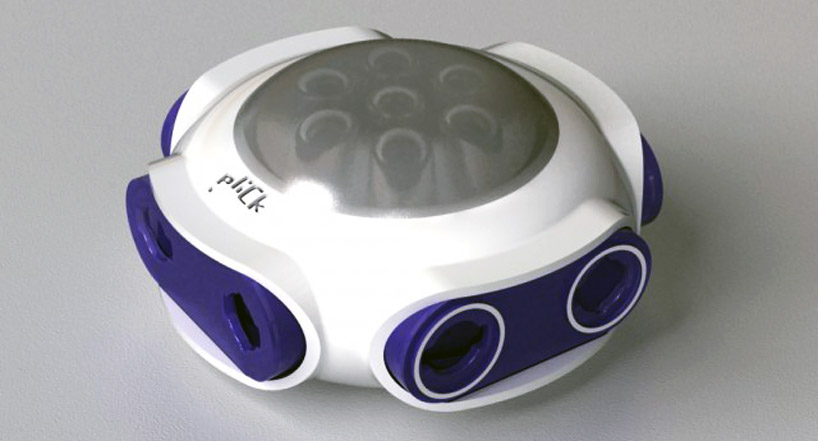 full view of the LED lamp

the components can be connected to everyday devices; here, engines form the wheels for a wooden box that has been transformed into a now-motorized car 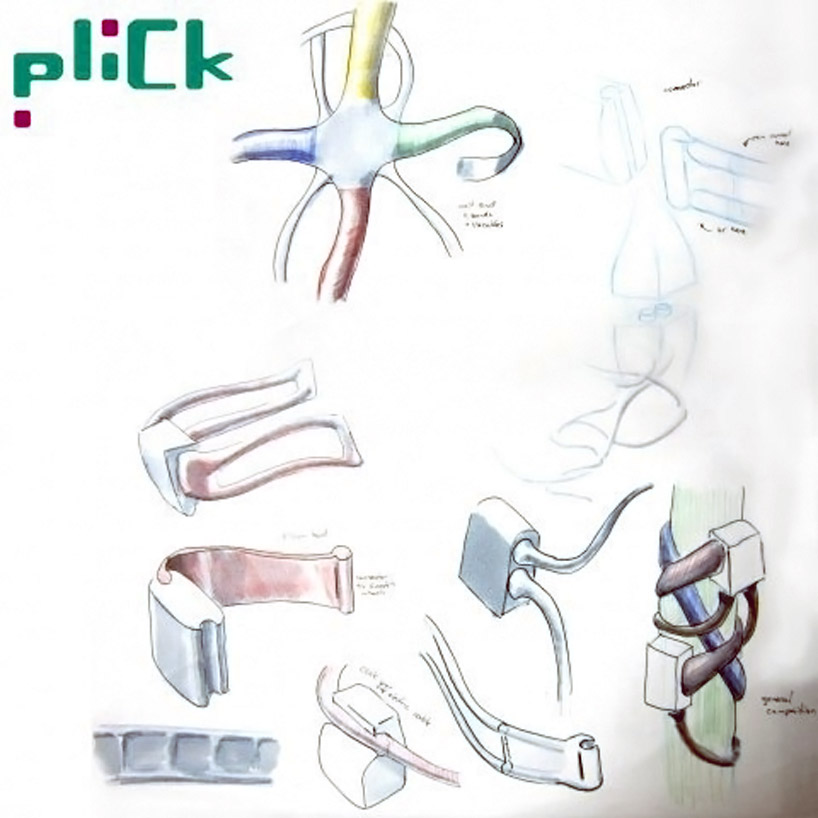 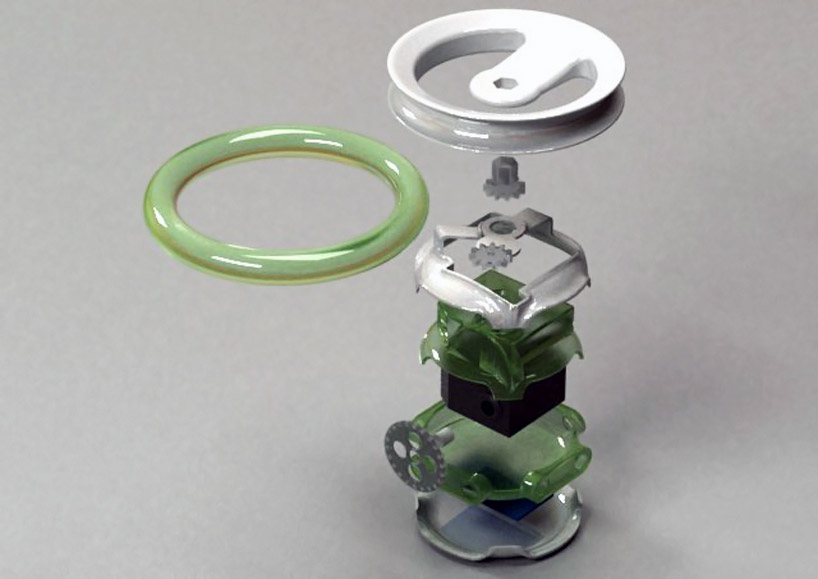 schematic rendering of internal configuration of a component