the FR4 machine shield is one machine with various possibilities. like a 3D printer, the head is triaxial allowing it to move side to side, front to back, and up and down. the kit can be assembled to be used with open-source electronic prototyping technologies such as arduino, beaglebone, or raspberry pi.  the multifunctional tool can act as a milling machine, a microscope, and a laser engraver. with it’s open source design, the possible range of applications are endless.

the machine shield is made from FR4 composite, otherwise known as PCB (printed circuit board).  it is a woven fiberglass cloth with an epoxy resin binder, the top and bottom of which is coated with a thin layer of copper. this allows users to route wires beneath the white paint on the surface of the structure, reducing loose wires and points of failure. it also enables components like limit switches and LED’s to be mounted on the structure without additional fasteners or brackets. all of the machine shield structure is made from the single 18” x 24” sheet of FR4. by soldering individual cutouts from the larger panel together, a very rigid structure can be formed. 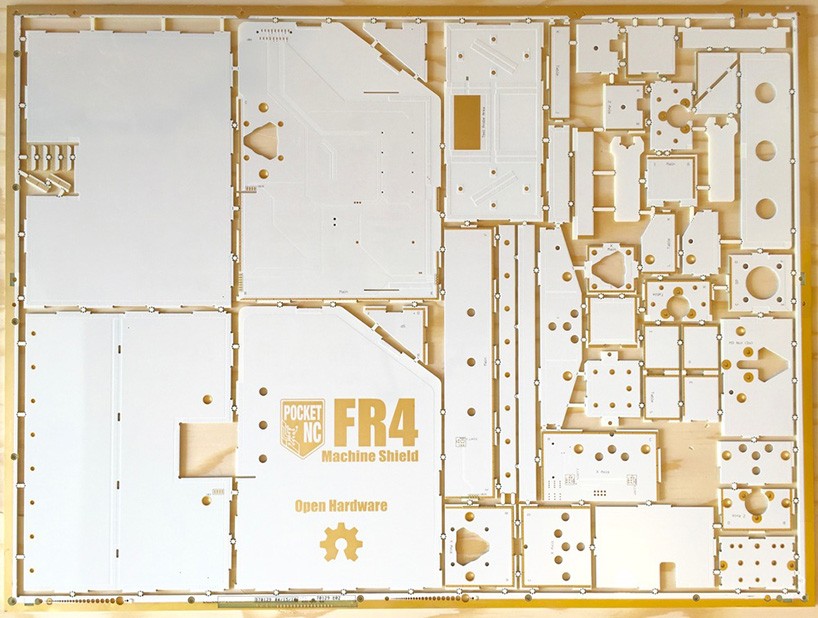 a single sheet of PCB assembles to form the machine

the machine shield plugs into an open source microcontroller, such as an arduino uno, to access the digital input / output pins.  this allows it to be computer controlled creating a high degree of precision. in the world of open source microcontrollers, such hardware may be known as a shield, cape, or hat depending on the controller type, which reflects the name of the product. 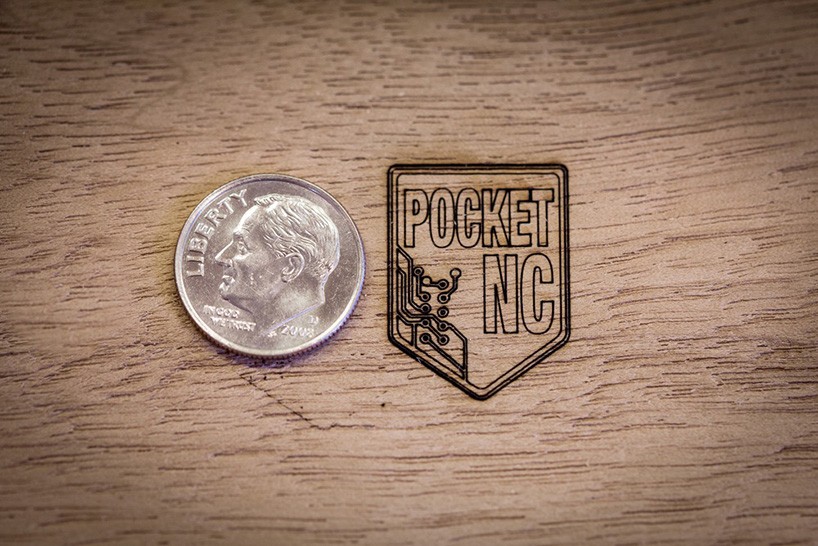 accuracy to the size of currency details can be achieved

the gadget ships with a brushless 3 phase milling attachment but it’s capable of many more applications. tool heads, similar to the milling tool head, are interchangeable so it can be used for more than one function. by switching out the milling tool head for a laser tool head, it can be switched from carving to engraving. users can design and build their own tool heads, or purchase ones made by pocket NC, which are currently in the development phase. 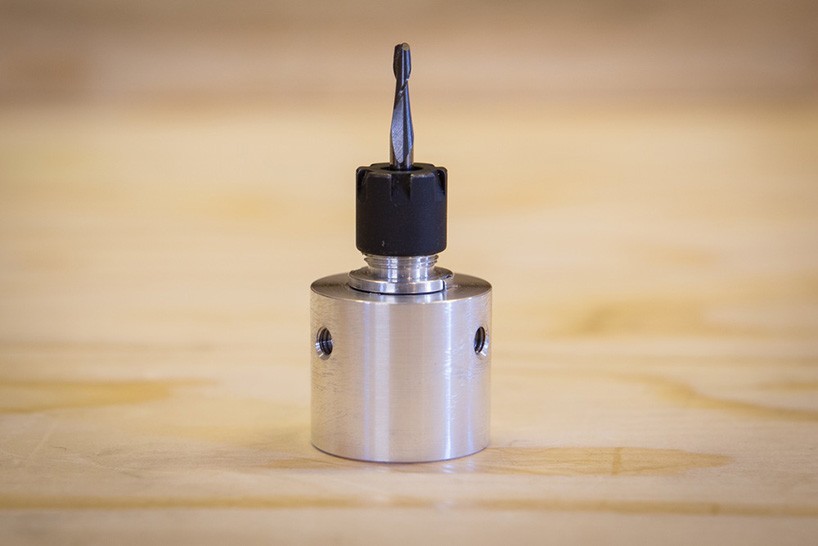 the detachable chuck can be replaced with a laser engraver

the pocket NC FR4 machine shield is currently being crowdfunded on kickstarter, which is available for viewing here. 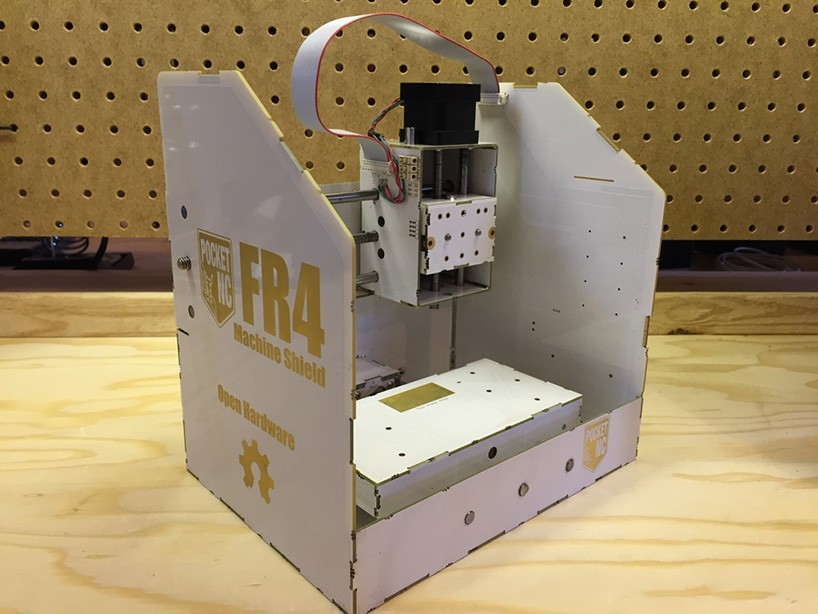 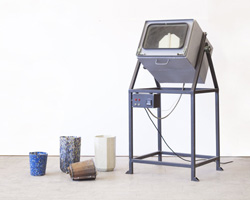 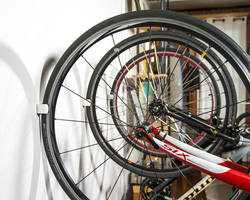 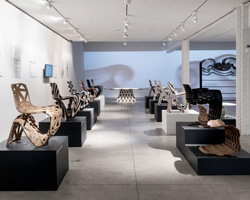 May 09, 2014
joris laarman bits and crafts: a digital fabrication exhibition at friedman benda 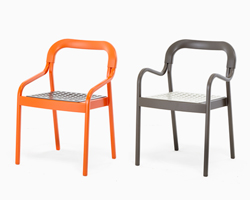 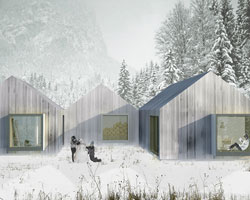