fifty-five years of development and over ‘one million 911s‘ built has been in preparation of this: the porsche ‘911 GT2 RS’ — the quickest, slickest, and most powerful model of the iconic car to date. the ‘911 GT2 RS’ has a high-performance look from every angle, plus the capability to match. the porsche’s 700 ps engine powers its rear wheels to a top speed of 211 mph. this prestige ‘911’ model features carbon-ceramic brakes, bonnet, and cabin trim as standard, plus a bright red suede interior trim. 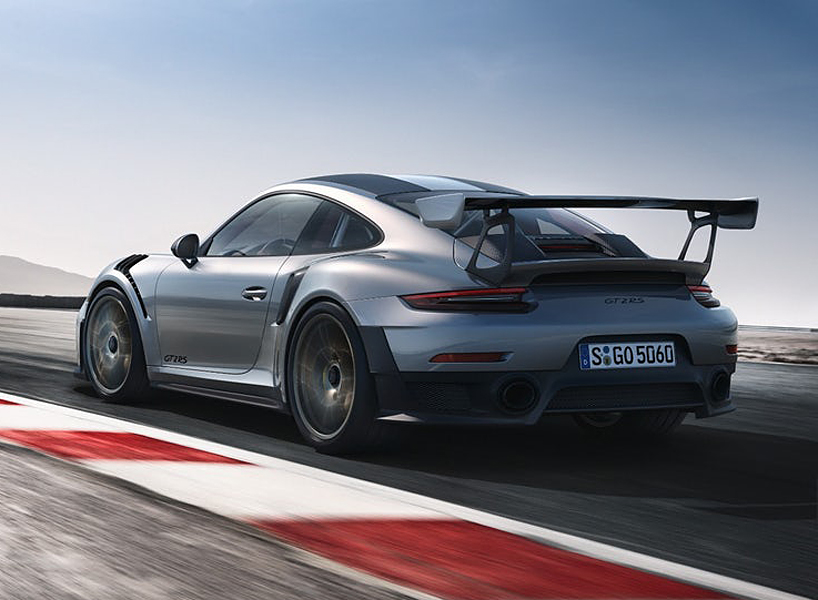 the porsche ‘911 GT2 RS’  is instantly distinguishable from the ‘weissach‘ weight-saving package, bringing magnesium wheels, carbon suspension components, and a carbon roof instead of the standard magnesium panel. it’s part of an aggressively-functional makeover for the ‘GT2 RS’ that features carbon scoops in the hips, gaping exhaust tunnels in the rear bumper, square-jawed front intakes, and exagerrated front wheelarch extractors. 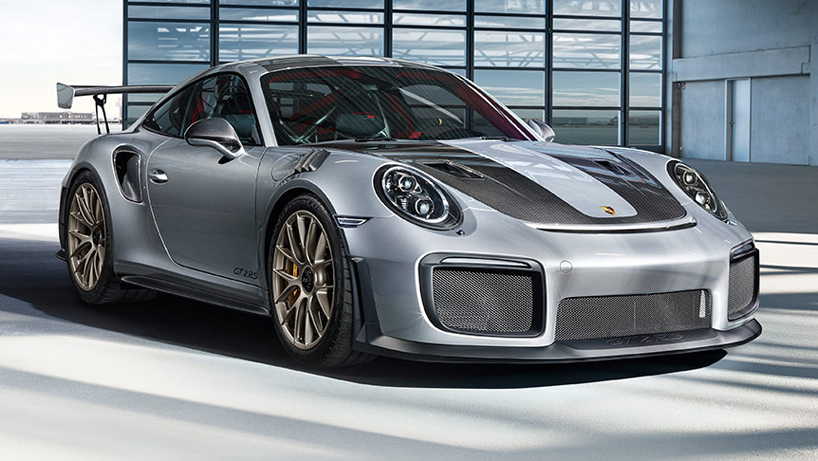 porsche’s 0 – 62 mph for the ‘911 GT2 RS’ is just 2.8 seconds, which in pure rear-drive terms means it is can outsprint the mclaren ‘720S’ for pace. flat-out the new ‘GT2 RS’ can race up to 211 mph, confirming its intended position as indeed, the ‘911’ speed champion. both driver and passenger will also remember their ‘GT2 RS’ experience thanks to the soft-explosion of red alcantara over the interior. sporty bucket seats with carbon fiber-reinforced backrests also enhanceto the sporty look, while the black leather and carbon trim provide the perfect contrast. porsche claims the pdk-only, rear-wheel steering equipped ‘GT2 RS’ – which still manages to feature its touch screen PCM media system as standard – weighs just 1470kg, cementing its status as the most powerful ‘911’ to date. 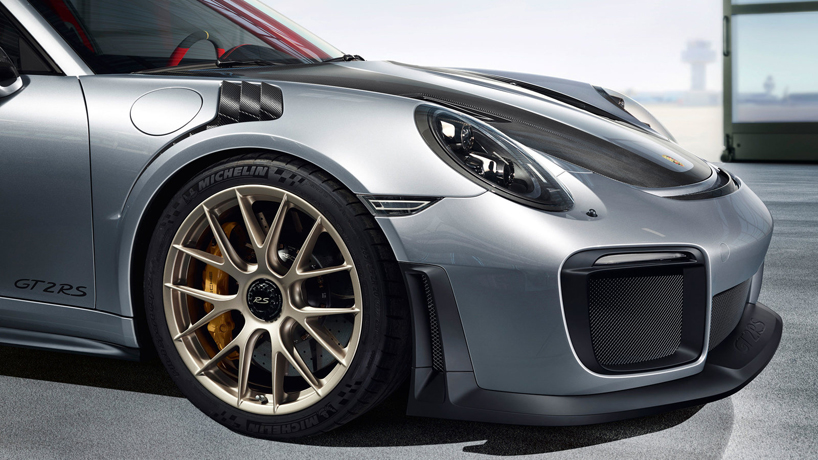 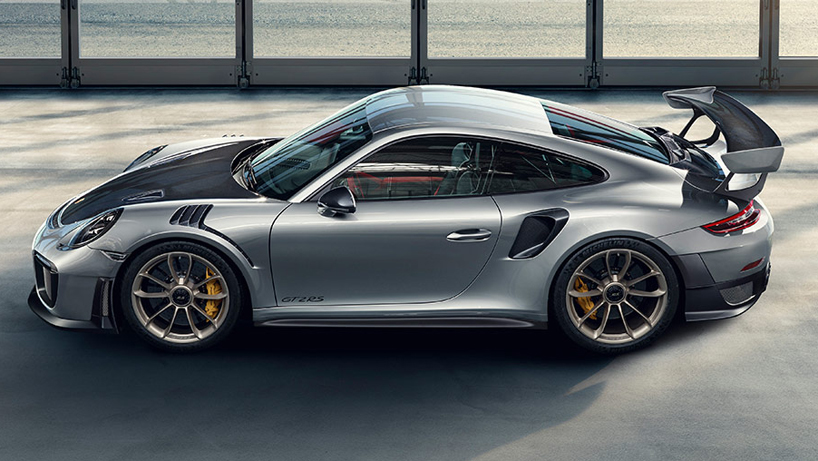 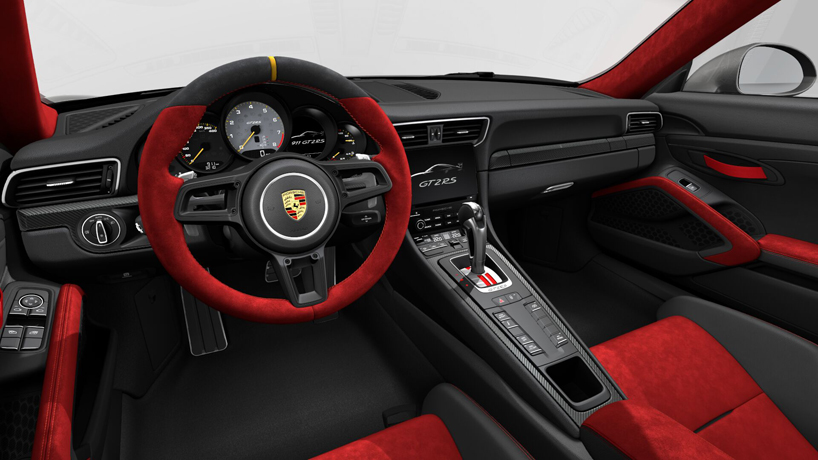 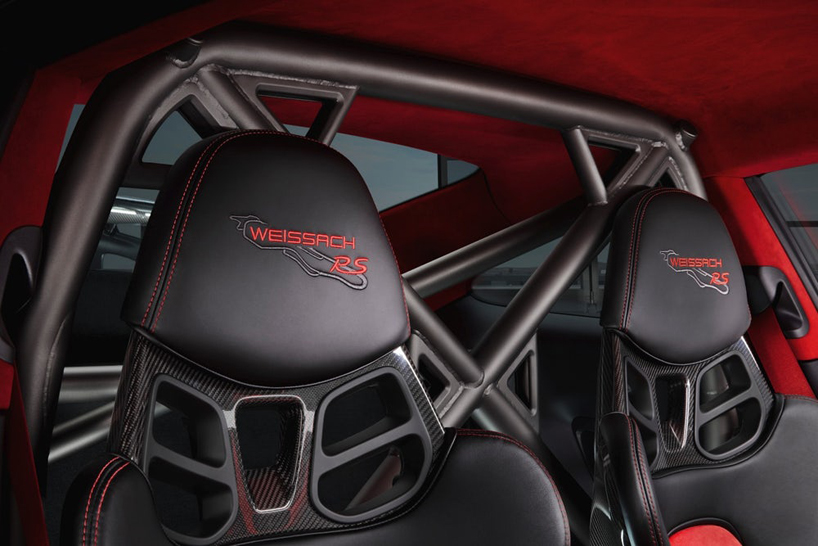 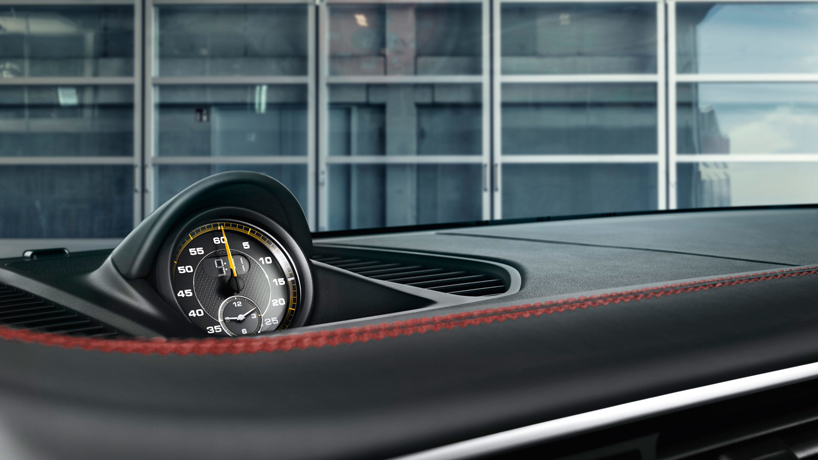 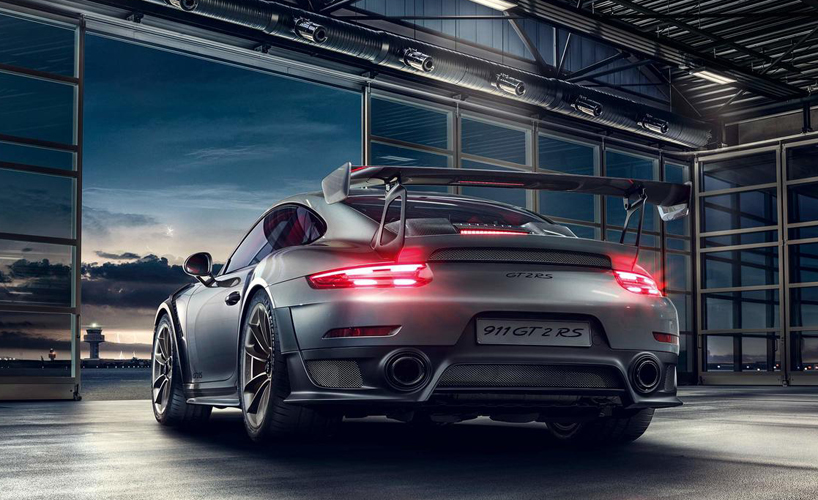 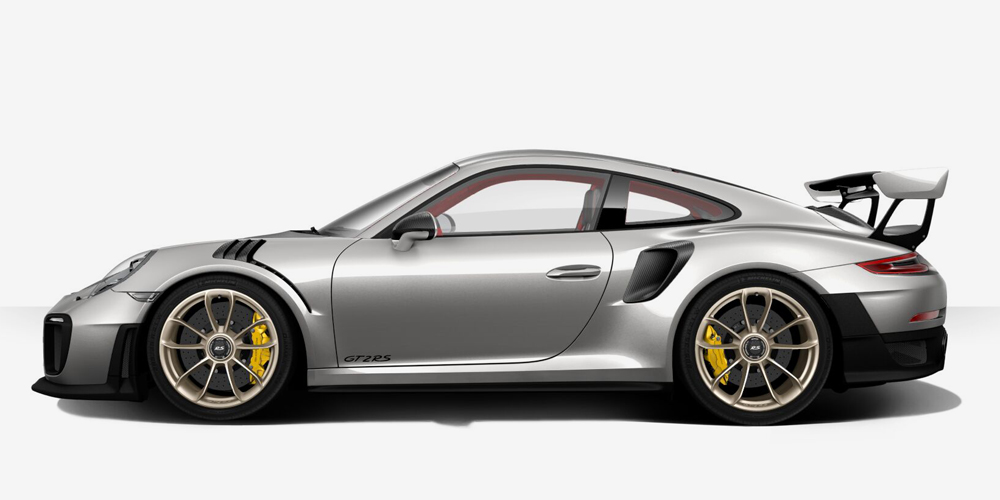 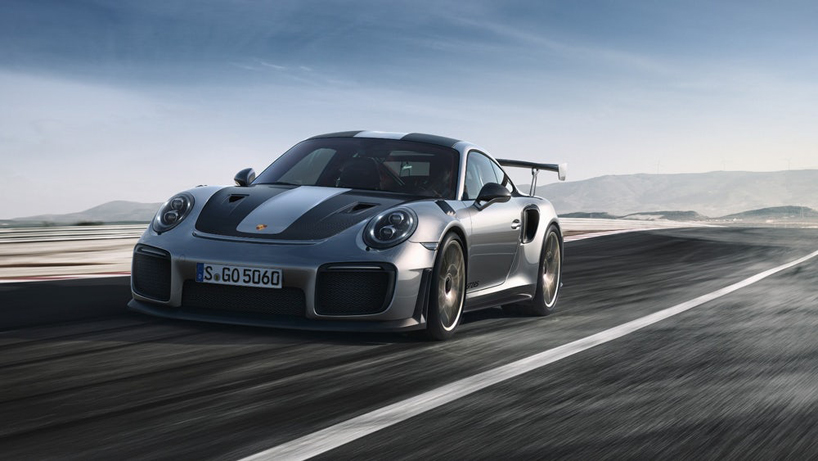 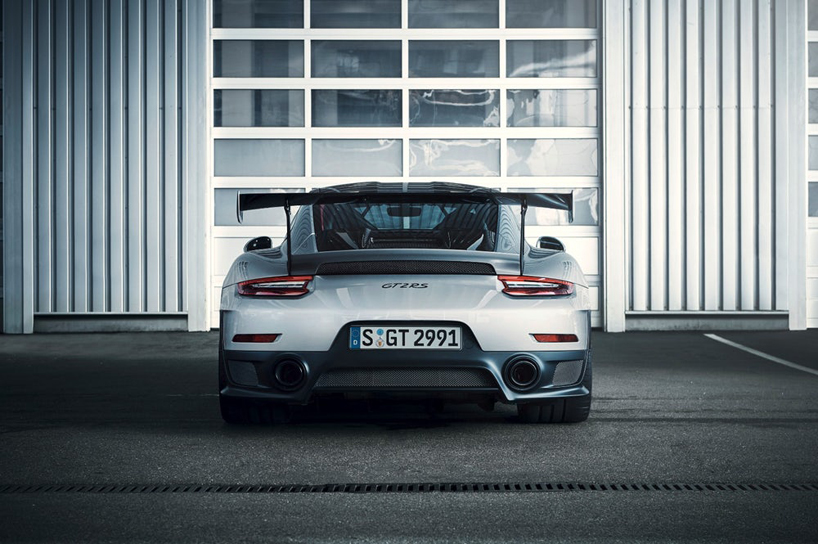 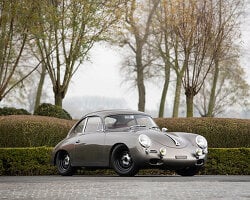 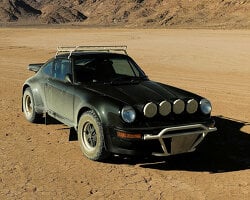 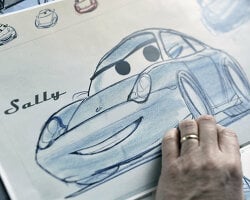