robotics company powervision has announced their first consumer drone called the ‘poweregg’. it features an refreshing egg shape which, in addition to being aesthetically different from other x-shaped four-axis drones currently on the market, makes it foldable and easy to transport.

‘powervision wanted to create a beautiful yet functional design for the poweregg,’ explains CEO of powervision wally zheng. ‘we think the oval shape is not only clean and pure but also has the structural and functional benefits.  This simple yet vital design means that this is more than a flying robot but a work of art.’

although the ‘poweregg’ was developed for the mainstream consumer market to allow everyone to enjoy drone flying, it still includes advanced technologies that rival industrial drones, including a 360 degree panoramic 4K HD camera on a three-axis gimbal, real-time long range video transmission, advanced ‘optical flow’ sensors for indoor navigation, as well as an intuitive and easy-to-use remote control. 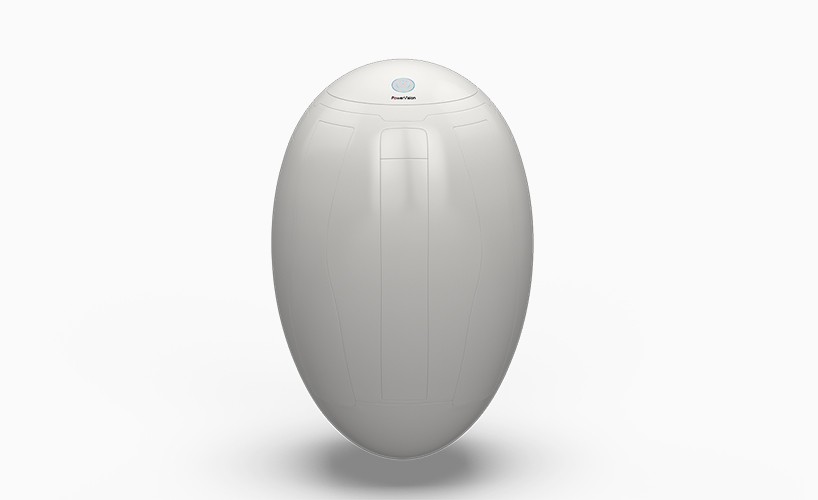 the ‘poweregg’ folded for transportation

the team spent over 18 months perfecting the ‘poweregg’. extremely lightweight, it has a compact and original structural design. the layout includes larger propellers that required advancements to transform from the compact egg shape to the larger flight mode. on the software side, powervision used its extensive expertise to make the drone easier to fly. ‘we want flying a drone to be child’s play, something even a five-year-old can do,’ continues zheng. ‘with this next generation of drones, much like the internet expanded access to information in the virtual world, drones 2.0 led by innovations like the PowerEgg can expand access to the physical world and bring together humans and machines in this journey.’ 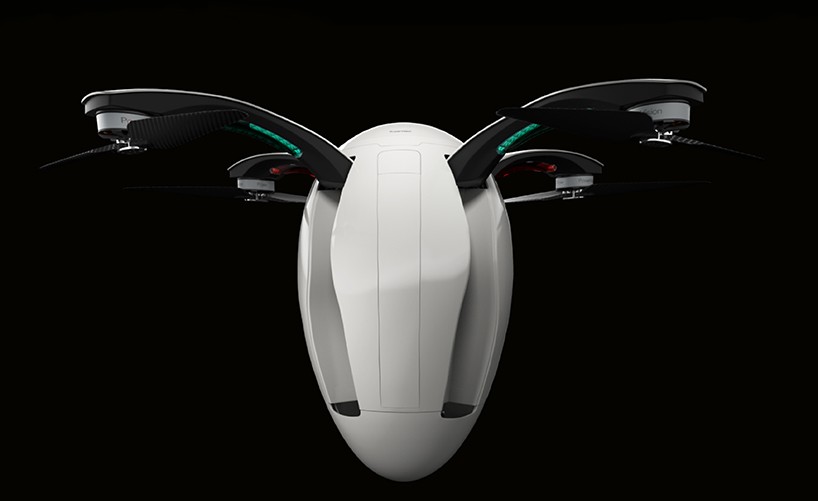 four arms stretch to turn into a quad-propeller drone 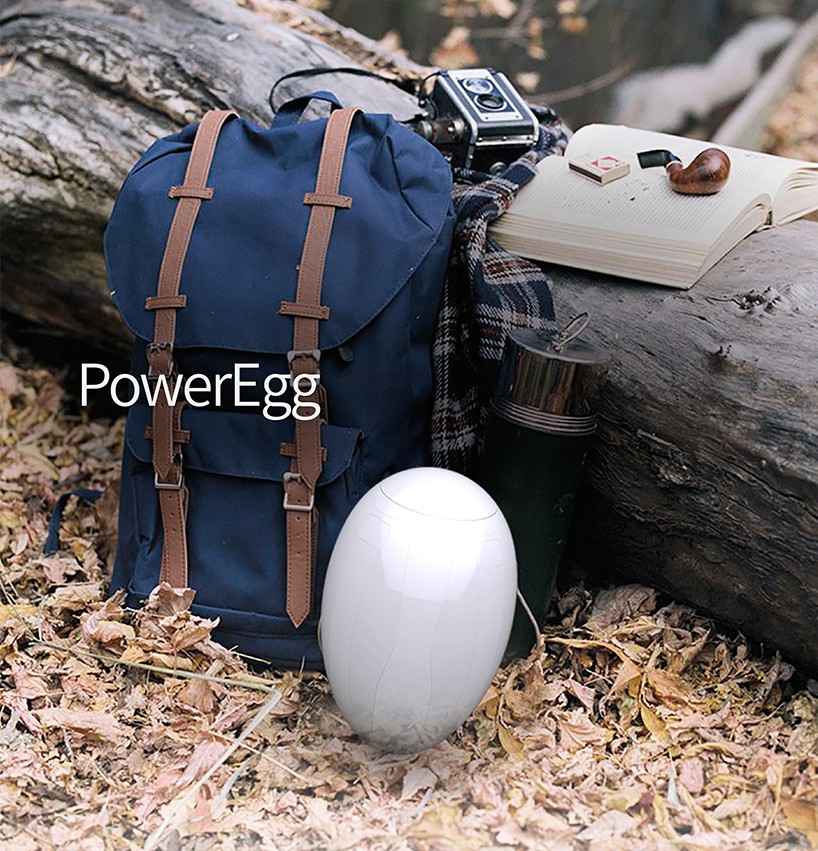 the ‘poweregg’ is ideal for traveling situations 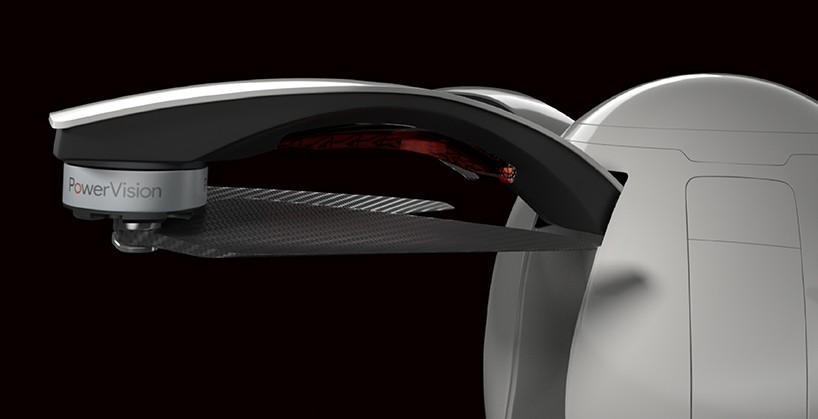 the propellers fold into the arm 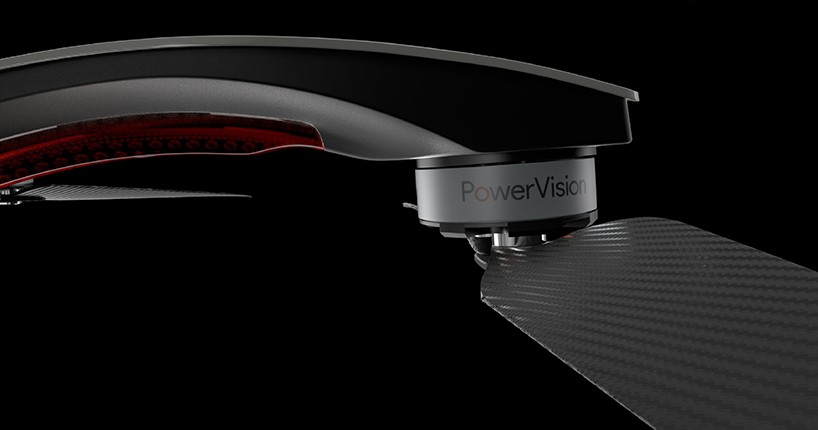 the power button located at the top 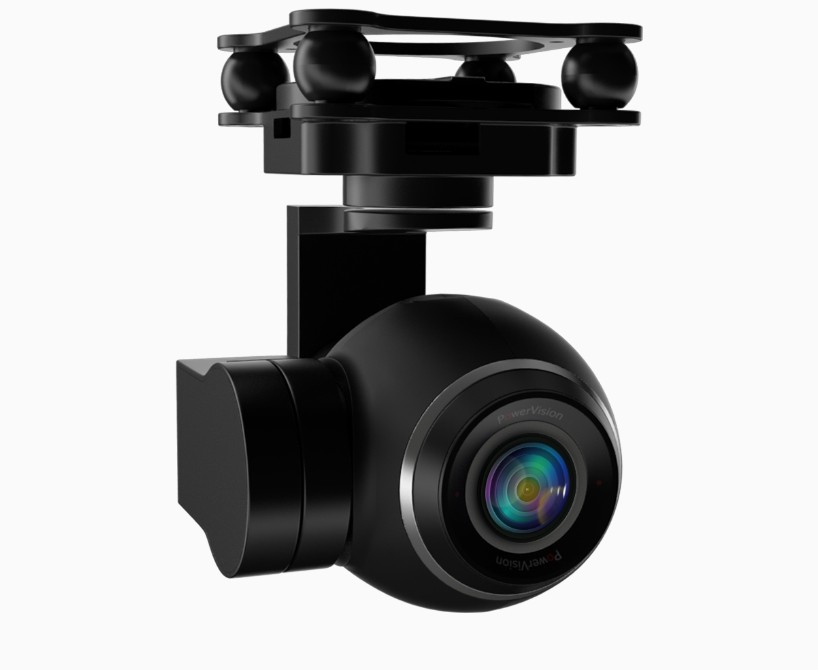 the drone would include a 360 degree panoramic 4K HD camera