the ‘prominence commuting device‘ (‘PCD’) by nagano-based japanese engineering studio team prominence is a street-legal ultra-compact electric vehicle. the car is billed as being ‘more eco-friendly than a train‘ or public transport, as it is designed to generate 16.6 grams of CO2 per kilometer, lower than the requirement for passenger railways of 19 grams per kilometer per person. the vehicle is also claimed to consume about 1/10th of the power of current market electric vehicles.

in development beginning april 2009, the 3-wheeled, single-seater craft seeks to improve the output ratio of energy in electric cars, through a combination of improved transmission and highly lightweight construction at 124kg (honed from the design team’s past focus of solar car racing). the designers note that the average lithium-ion battery in contemporary electric cars achieves only 1% of the ‘energy volume’ (energy available for use) as the average conventional gas tank.

technically the vehicle has a top speed of 75km/hr (46.6mph), although its classification in japan as a motorized bicycle or small motor mini car means it is limited to 60km/hr (37 mph). ‘PCD’ can travel up to 90km (56 miles) on a full battery, with a complete charge taking 4 hours.

video overview of transmission components and test run of the vehicle 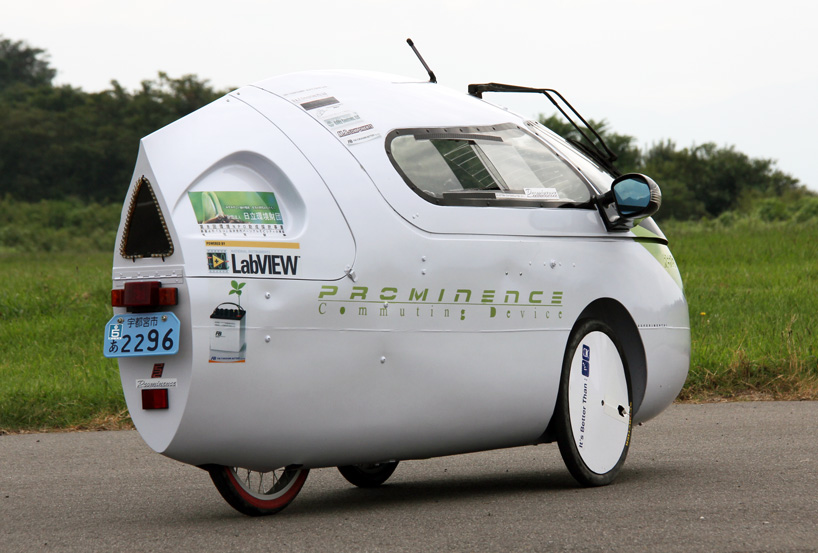 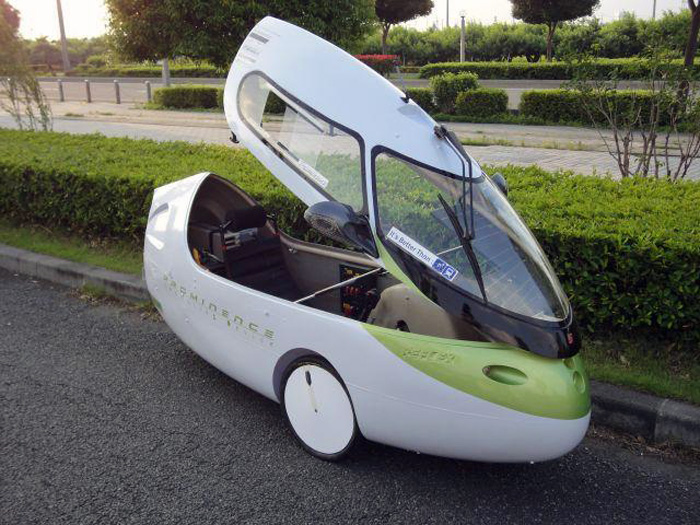 instead of conventional doors, the vehicle’s top opens for passenger entry and exit 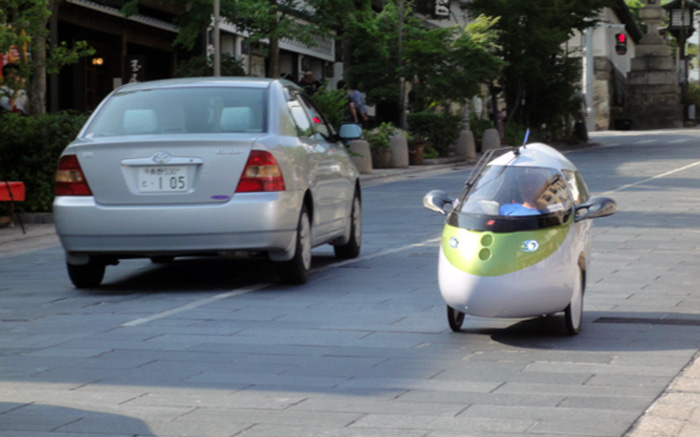