puma was ahead of the game in 1986 when it launched the RS-computer sneaker, the OG smart running shoe with a computer chip built into its chunky heel module. it could record distance, time, and calories and was considered extremely advanced for its time. now thirty-two years later, the sportswear giant is bringing those kicks back, proving that no matter how flooded the market is with modern day wearables, there’s always room for a little retro-inspired nostalgia.

way back when, the computer on the heel of the RS translated data and gave runners the ability to compare past runs with future goals, learning and understanding how to become faster, more efficient, and competitive. a cable is no longer needed to connect to a computer but instead is used to charge the shoe via a USB connector. it is fitted with bluetooth technology to connect to an android or iOS smartphone and a dedicated RS-computer shoe app that stores all the relevant in the info with a suitably retro-inspired interfact that uses 8-bit graphics as seen on original computer screens. 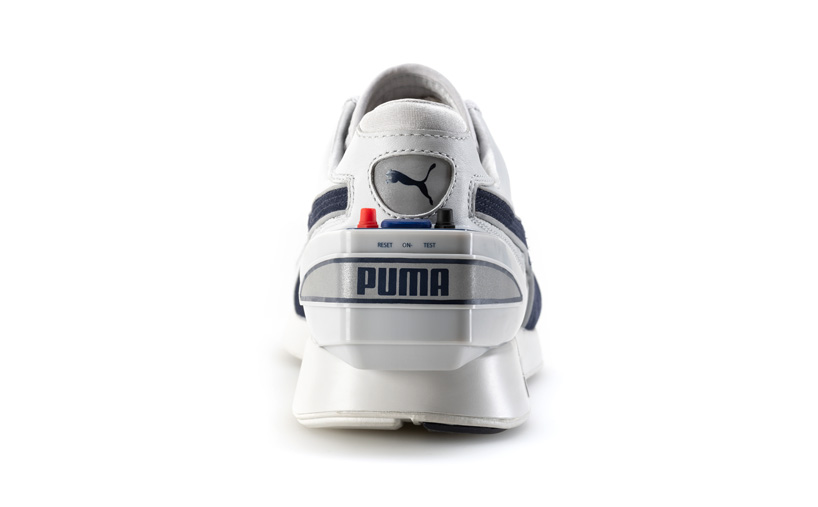 the refreshed version is equipped with a miniature 3-axis accelerometer, used to measure the key metrics mentioned above. each shoe has been designed to record up to 30 days worth of data with every month being a new start. there are two keys, key 1 (red/red LED) and key 2 (black/green LED). key 1 is used to show daily step target status, which can be set in the RS computer app while key 2 shows battery status. the shoes will be available in limited runs, 86 in total, with sales kicking off at kith, on puma’s website in the US and japan, puma stores in harajuku, tokyo; carnaby street, london and berlin from december 13, 2018. 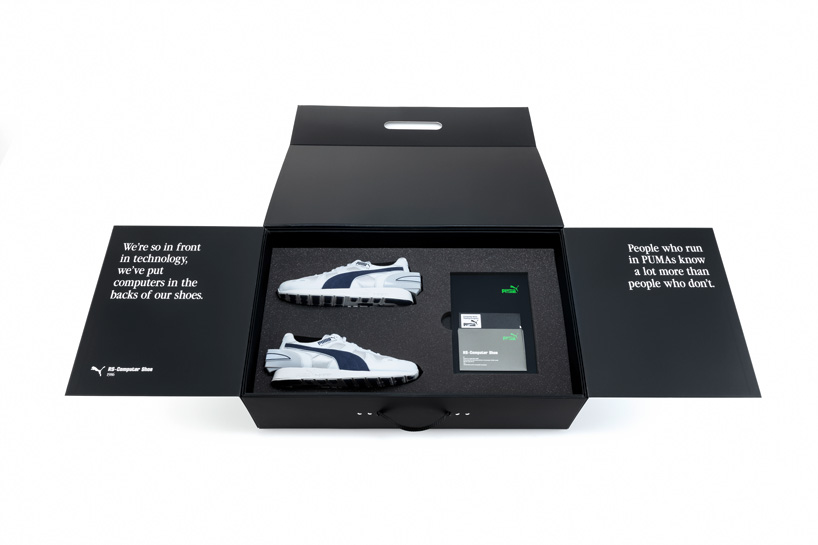 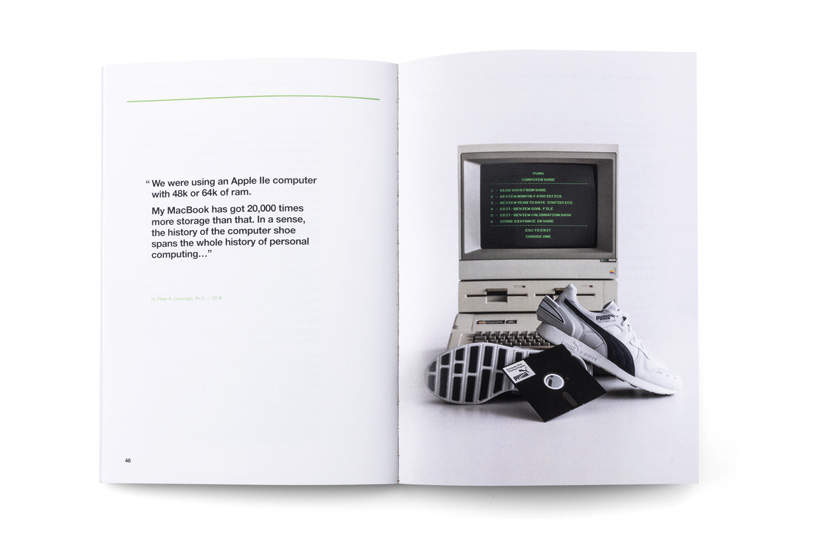