gold coast, australia-based custom workshop purpose built moto transforms a 1981 honda CBX1000 into a sharp cafe racer with a flair of a street fighter too – just take a look at the sextuple exhaust set-up. the one-off motorcycle modification drags the original out of the 80s and gives it a healthy dose of modern styling. the result shaves off over 50 kg of stock weight, finished in a cool matte gray coating with thin bursting stripes of flaming orange.

the design of the purpose built moto 1981 honda CBX1000 custom began by building upon the original’s bold tank and tail styling. the client’s wish-list included the use of modern sport bike types, which meant a new swing arm was needed to fit the jonich M9 24 spoke wheels in all-black. 50 kg was stripped off the stock weight that, along with new suspension, boosted handling. 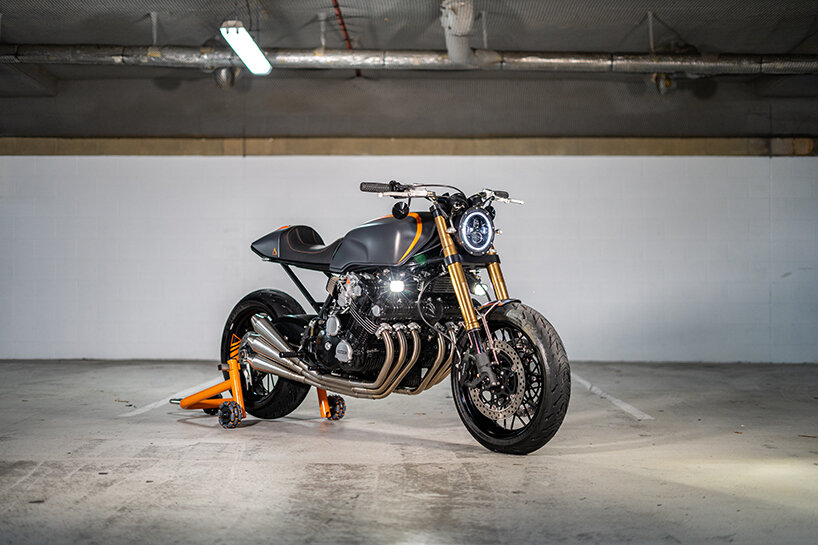 the front end begins with a custom triple clamp with mid-rise pro taper street bars. a circular 7-inch flashpoint LED headlight is paired with auxiliary lighting that is mounted in the space beside the protruding motor and tank. the resulting street fighter flair is further added to with an aggressive 6-armed fender that then fans out into six muffled exhausts at the rear. 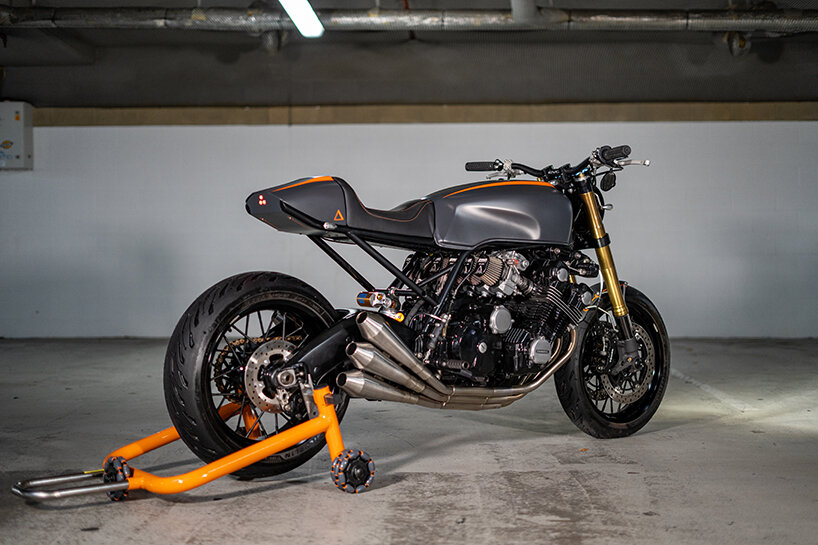 the subframe and seat section of the custom was completely rebuilt to seamlessly add the upgraded suspension, including the custom built ohlins TTX rear shock. unlike previous models by the custom workshop, the honda features bracing under the seat, frame rails with a capped end, and a shaped sheet metal bottom plate under the tail cowl. however, back to norm, a set of three LED button lights illuminate the rear to complete the design of the purpose built moto 1981 honda CBX1000. 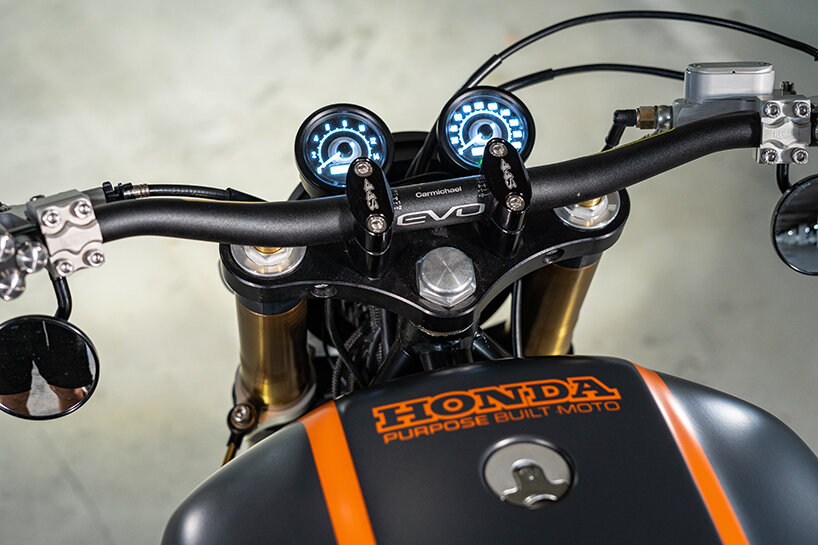 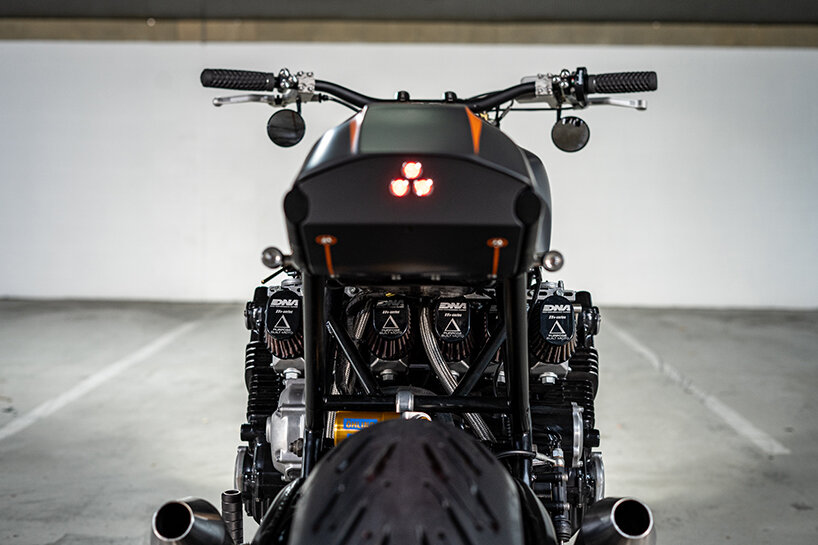 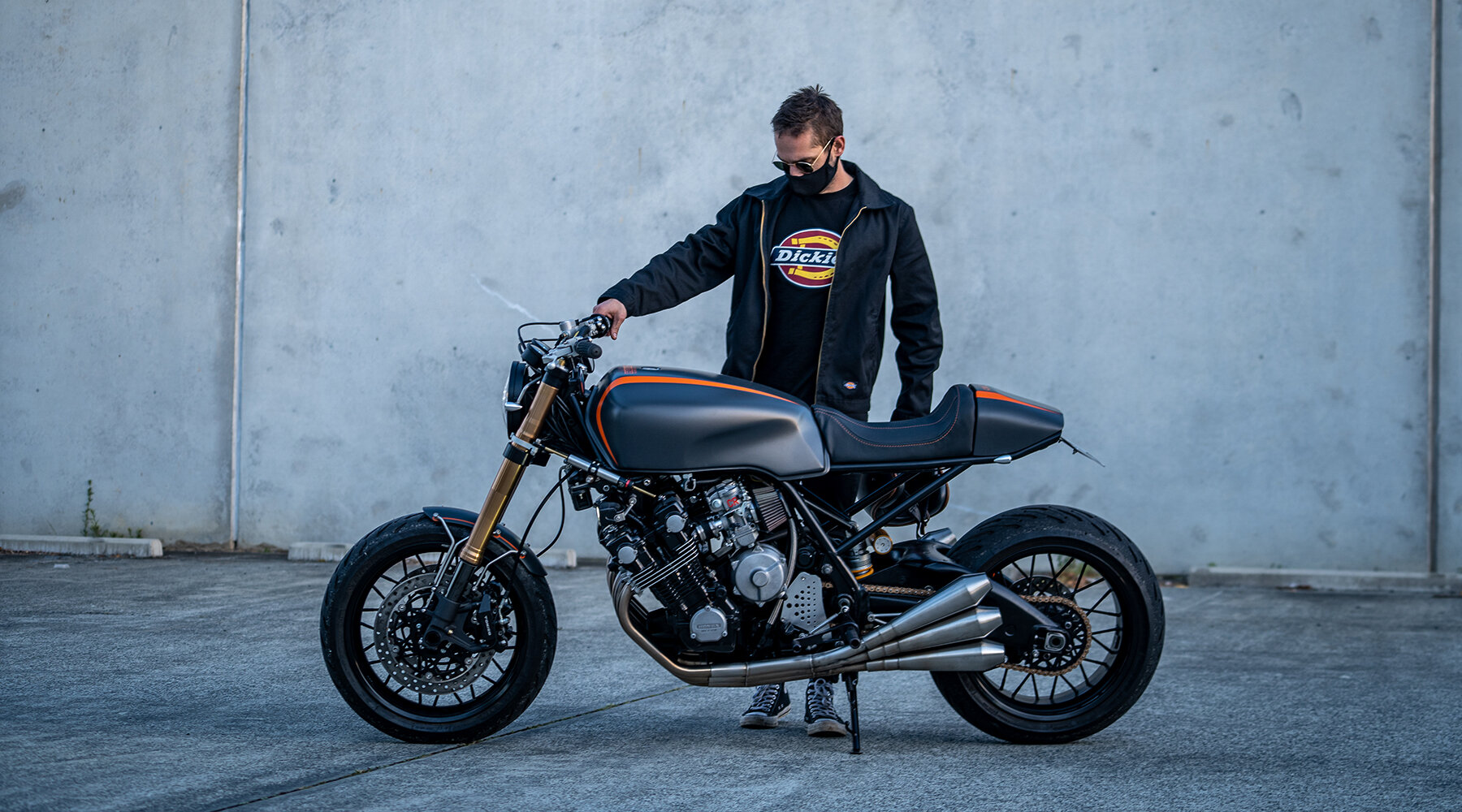 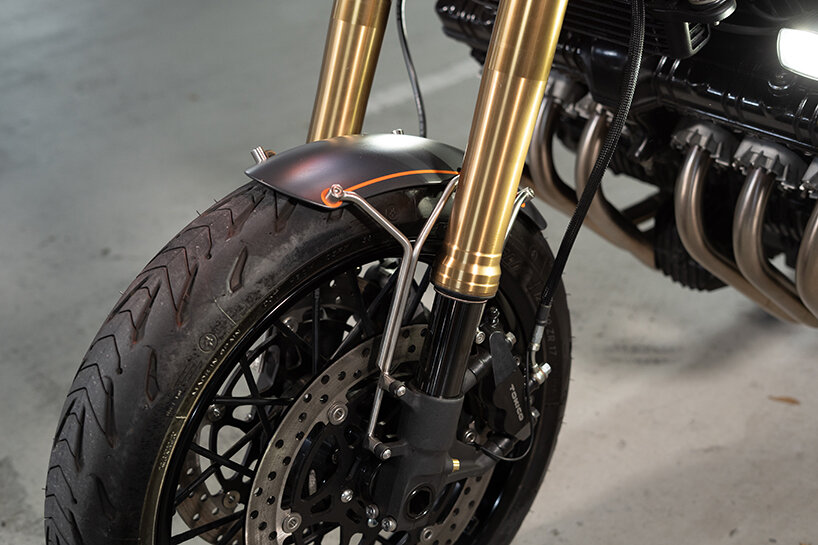 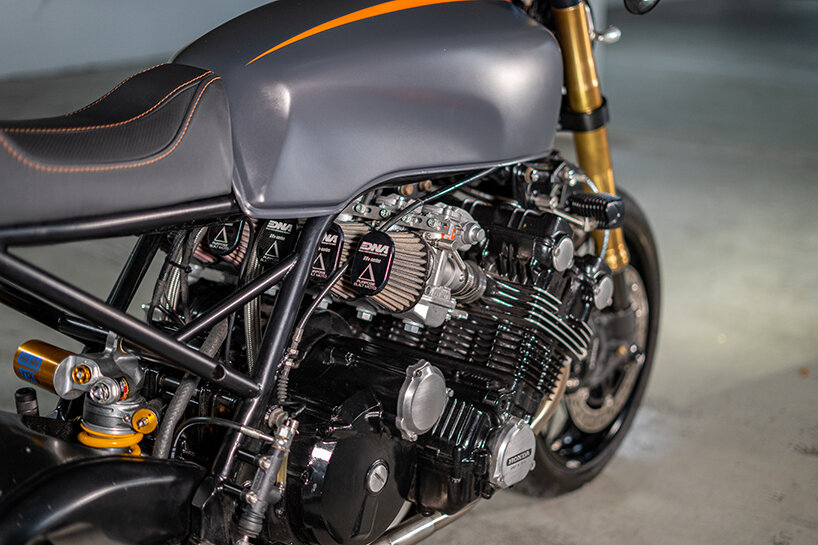 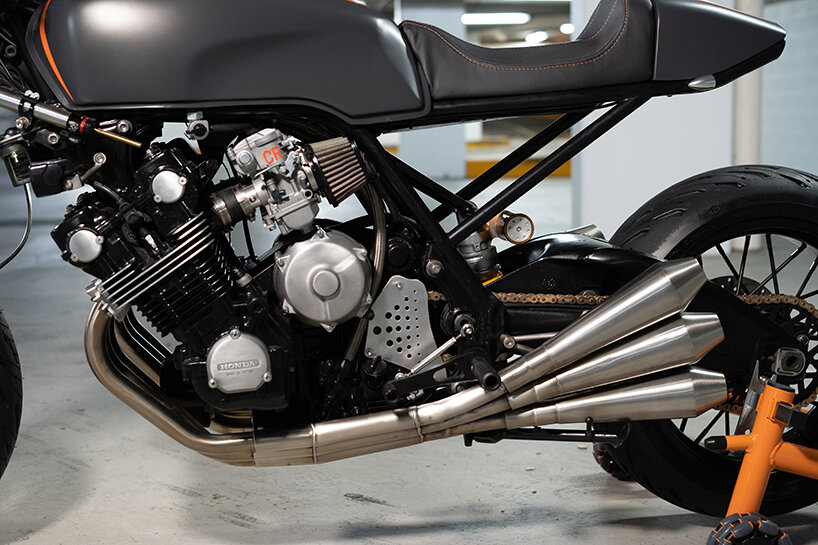 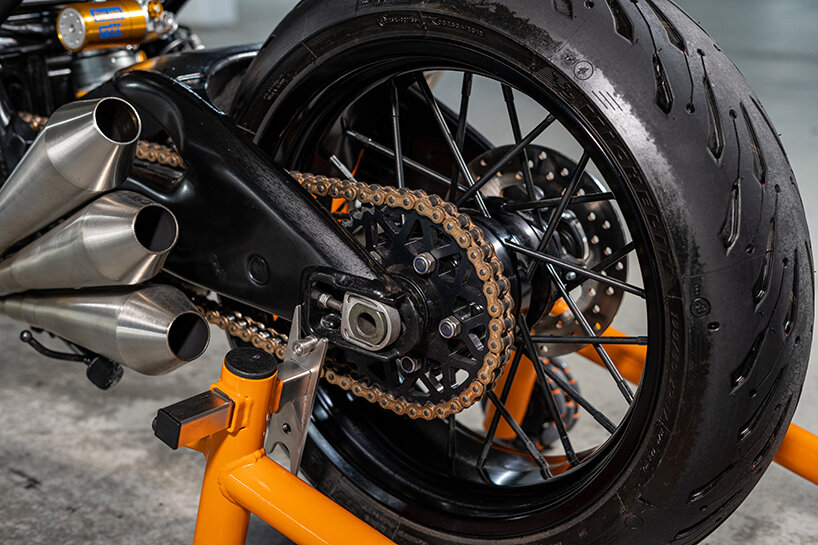 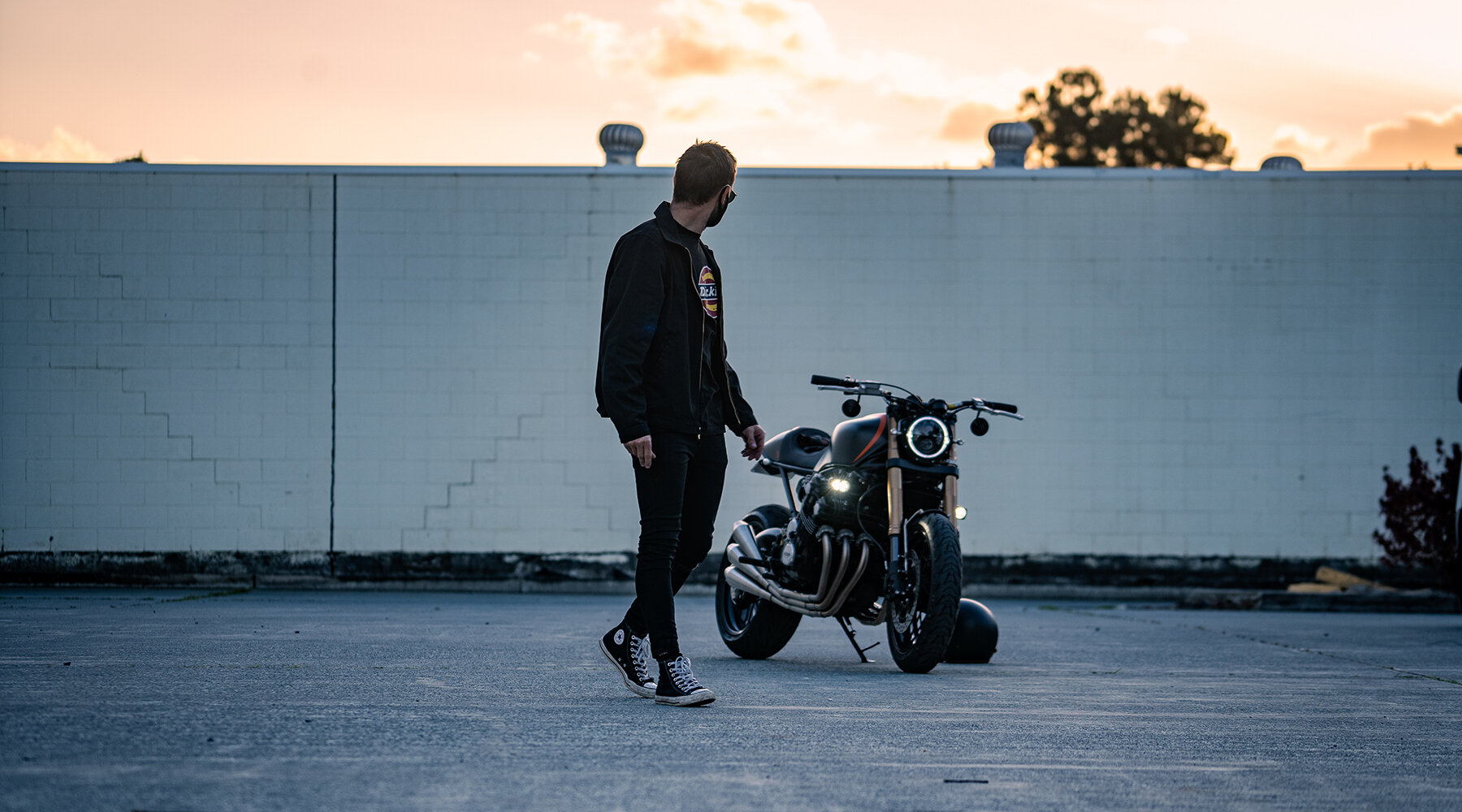 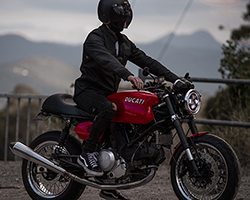