the founder of purpose built moto, a customization motorcycle company based in australia, has designed a slick, all black, completely revamped motorbike that ‘even on idle, snarls at you like a caged animal.’ the first of his signature series: the purpose built moto CX500, is beginning of a line ‘where i’ve had all creative control over the finished product and been given license to test new ideas.‘ 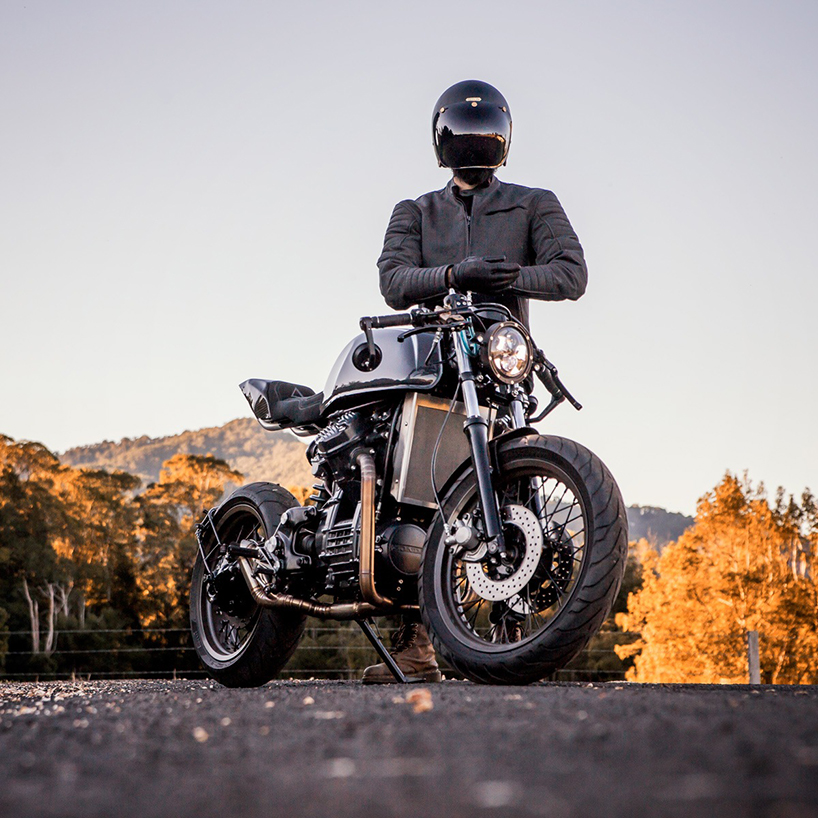 the project completion period stretched from late 2016 to april 2018, giving him the time to craft the CX500 into a ‘complete nut and bolt rebuild‘ with a number of custom modifications. the end result was ‘a drastically lightened motorcycle pushing an impressive boost in horsepower‘ and ‘a blisteringly unique aesthetic.‘ 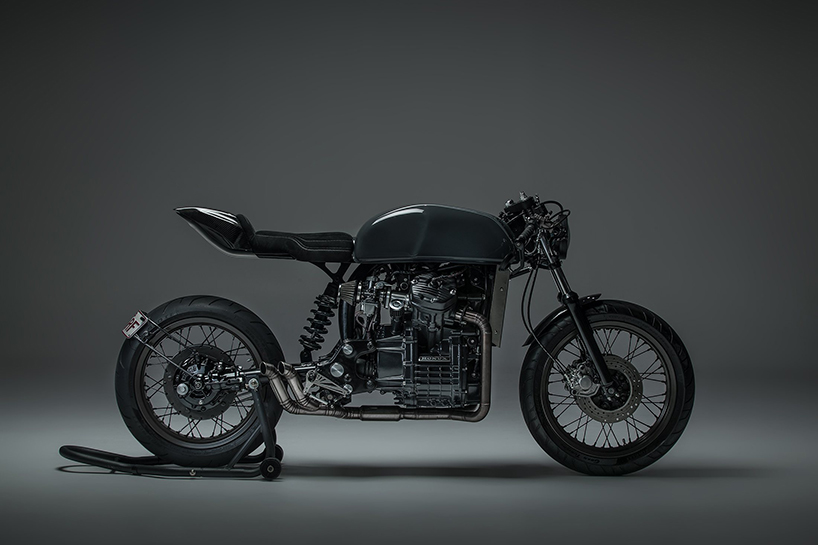 the concept for the purpose built moto CX500 stemmed from an exhaust design that the founder, tom gilroy, had completed in his cad program. however gilroy knew that he wanted three things: 1) bronze wheels 2) dark colors 3) monoshock conversion. 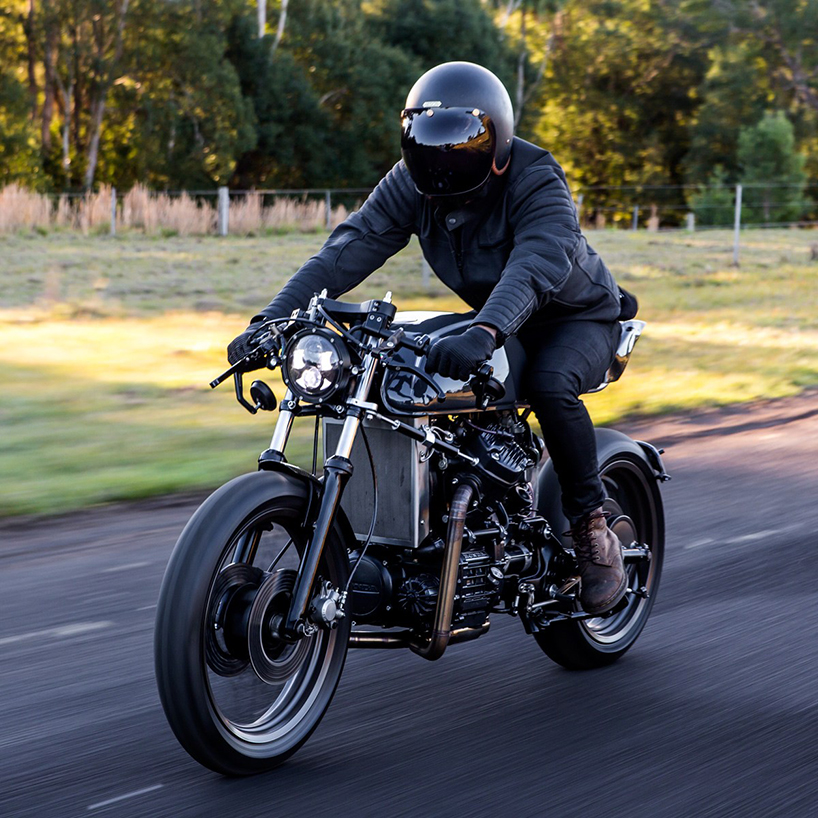 after customizing the wheels, he then lowered the front suspension 50mm. moving to the main body, gilroy began a complete overhaul. first he cut the rear sub frame on the backbone of the CX500 to make room for the monoshock conversion that he had desired, then installed a twin aluminum tube design at the rear to replace the original. with a sharp flowing cuts on the sub frame and the sleekness of the bike starting to take shape, the mechanically artist then installed a equally definitive tail piece that took multiple tries to complete as he hand crafted, bent and sanded. 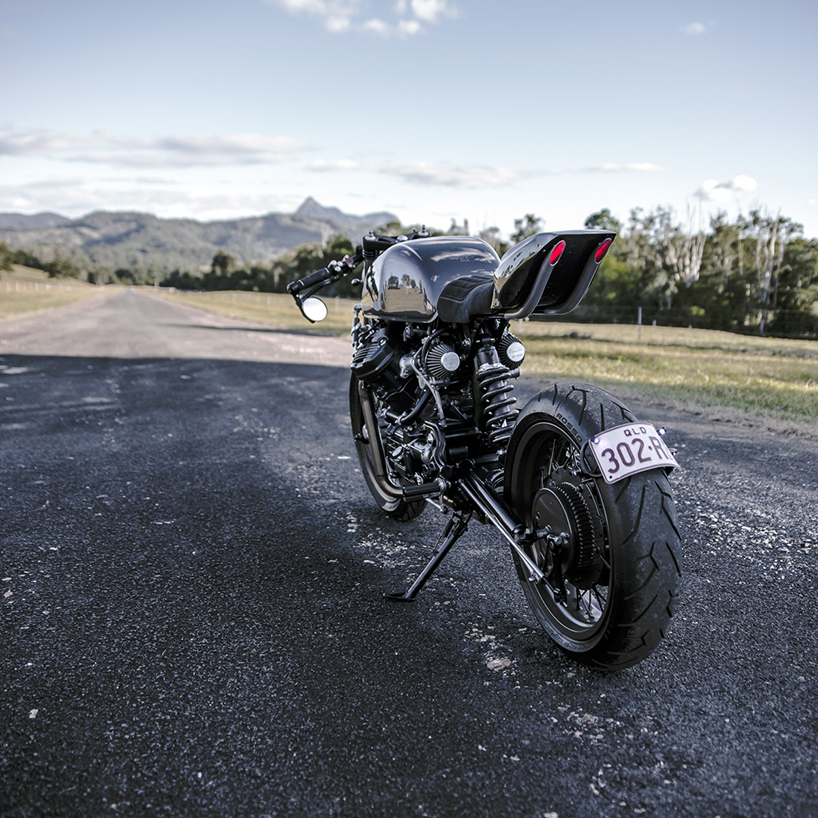 then, moving to the engine, he removed it entirely and stripped it, vapor blasted it and rebuilt it entirely while installing custom rearsets that were designed, cut and made to match the fabricated lineages. 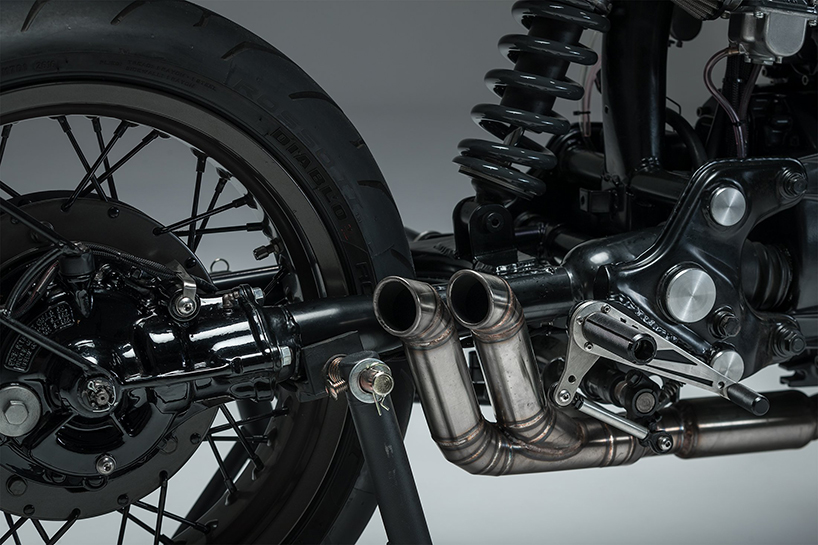 this custom exhaust, a clean 2 into 1 header with a 2 up slash cut muffler on the end, was the insirpation

the front end of the bike was also completely redone. rebuilding the forks, readjusting the pre-load caps, fitting a custom form stabilizer which also acts as the mount for the carbon fibre guard on the front wheel. 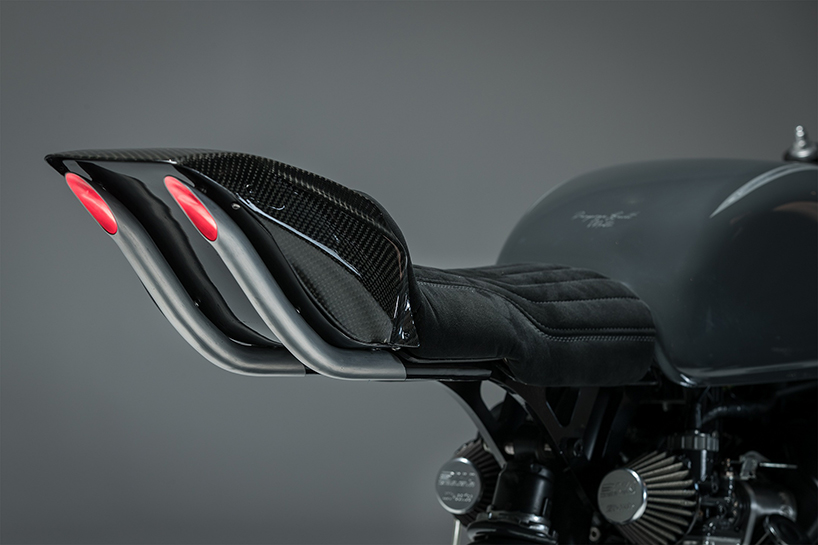 now with the skeleton and dna of the bike being completely rewritten, personified through a drastically different riding position, a steering damper was put in place to ‘reduce the chances of head shake when pointing [the bike] around a less than perfect mountain corner.‘ 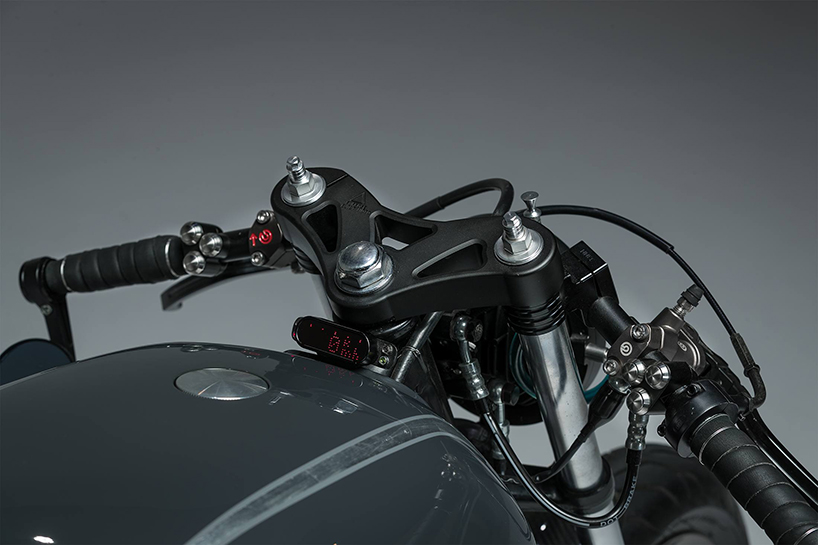 for the front, the forks were rebuilt with adjustable pre-load caps fitted on a custom fork stabilizer

after installing a led headlamp, pbm hollow tip indicators, modifying the aluminum intakes to suit a new CX sub-frame, the end result was an mechanical and engineering masterpiece that has the roar of an untamed animal that is waiting to be released on the back roads. 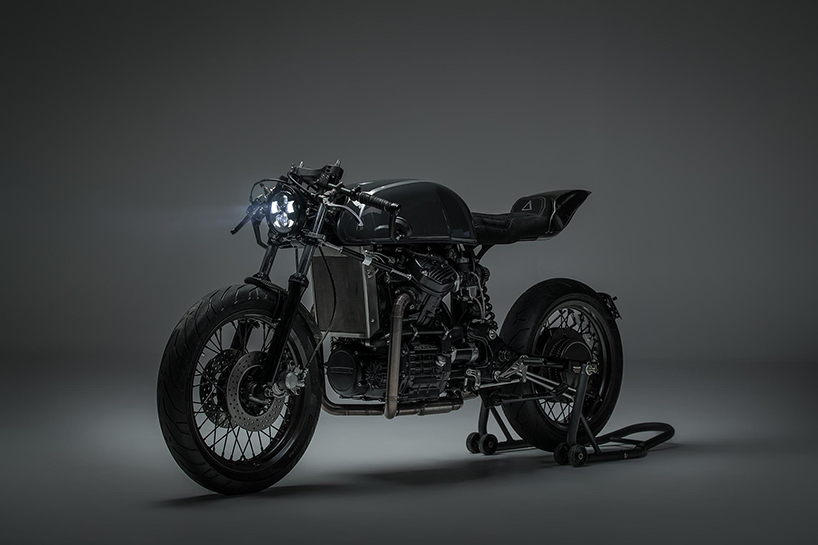 5.75 flashpoint led headlight has been installed 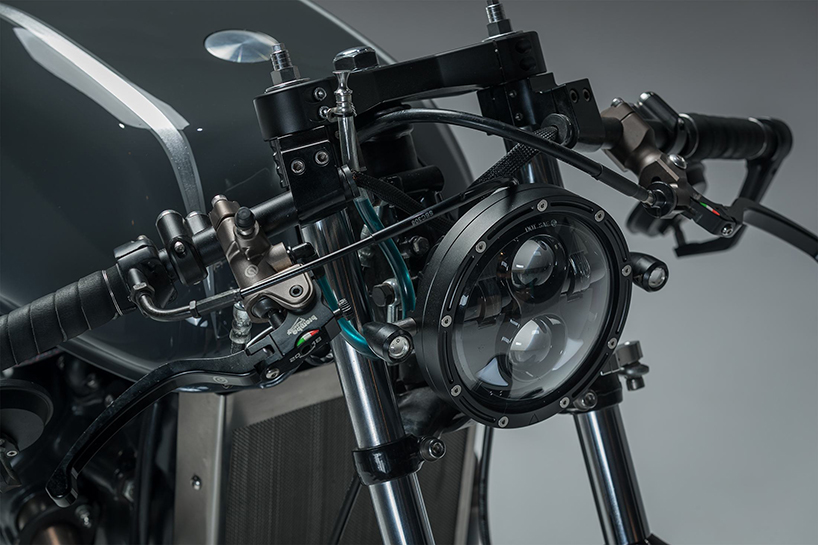 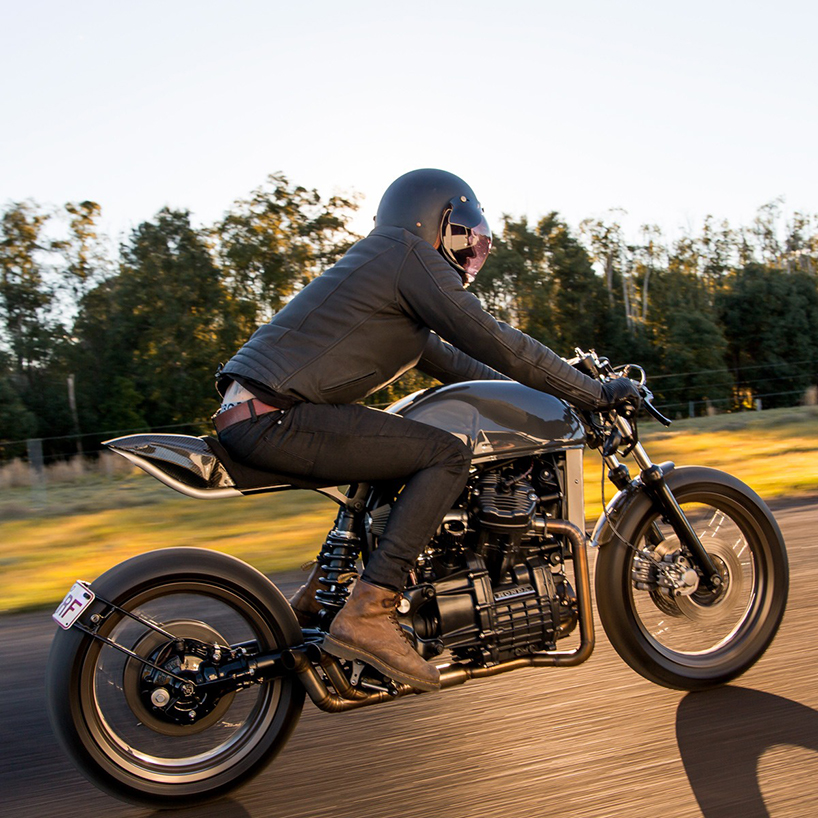