developed by a london-based start-up, QuenchSea is a portable, low cost desalination device that turns saltwater into fresh water. to do so, the apparatus combines a hydraulic system, a triple pre-filtration process, and a small reverse osmosis membrane to desalinate seawater into freshwater using human power only. at sea or on the coast, convert seawater into clean fresh drinking water instantly. 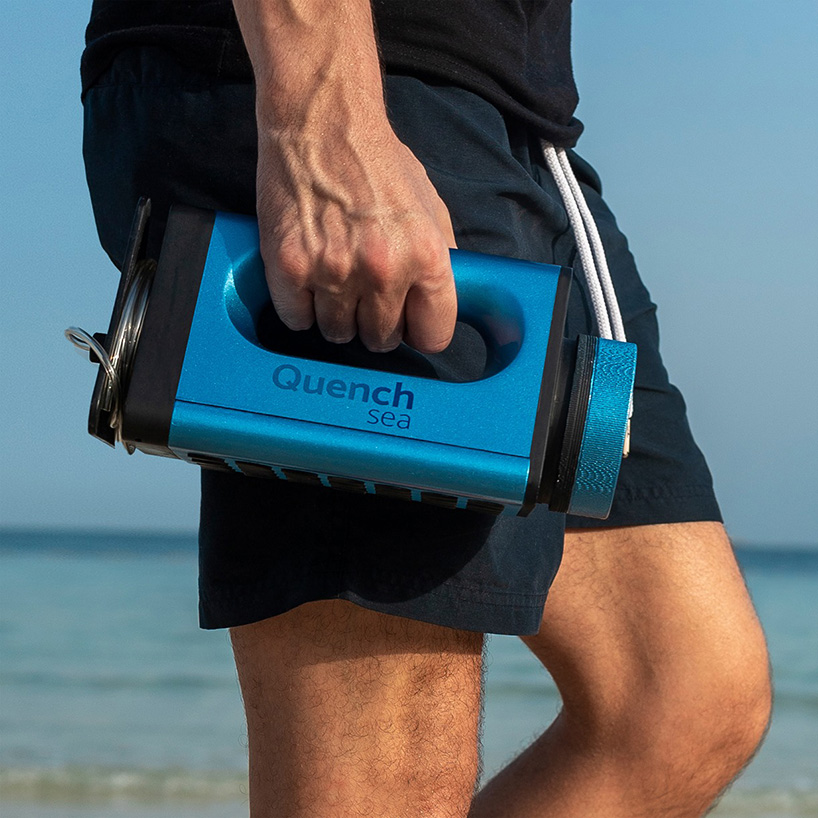 in ideal conditions, QuenchSea can produce three liters of water within one hour. the device features a hydraulic system that is able to build pressure up to 60 bars, removing salts from seawater through a reverse osmosis membrane. the in-built ultrafiltration and microfiltration system removes suspended solids, pathogens, parasites and microplastics. then, through the process of adsorption, an advanced activated carbon filter ensures that the taste of water is palatable and the odor is pleasant. the reserve osmosis process is the one in charge of demineralizing the water where the osmosis membrane rejects larger molecules such as dissolved salts (ions) and other impurities such as pathogens to produce highly purified water for drinking.

although QuenchSea is the perfect solution for survival, it has been created to help solve the lack of access to clean water worldwide. today, two thirds of the world’s population live in areas plagued by water scarcity — 2 billion people do not have access to clean water. current relief response measures often rely on transporting massive quantities of bottled water into the affected population or distribute water purification devices or tablets that do not have the ability to rid water of salt. 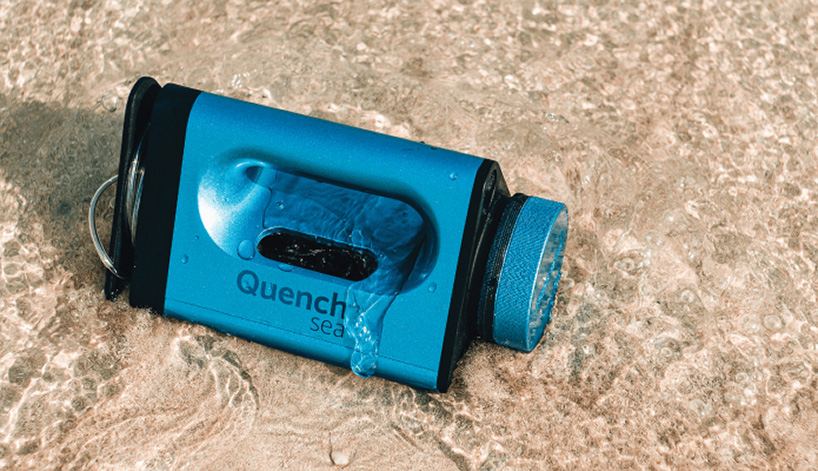 ‘QuenchSea was primarily developed to make an impact, to provide access to clean freshwater globally,’ comments the indiegogo site where the project is currently seeking funding. ‘we are trying to reach economies of scale to reduce costs to donate and distribute 100 million units by 2027. our grand vision is to help alleviate the world’s water crisis over the next 7 years at small and large scale.’ 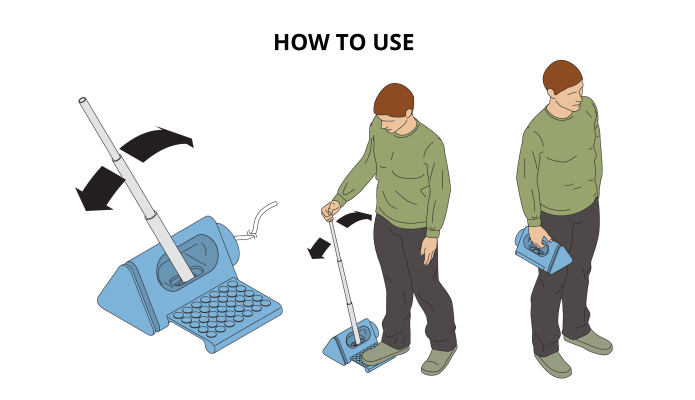 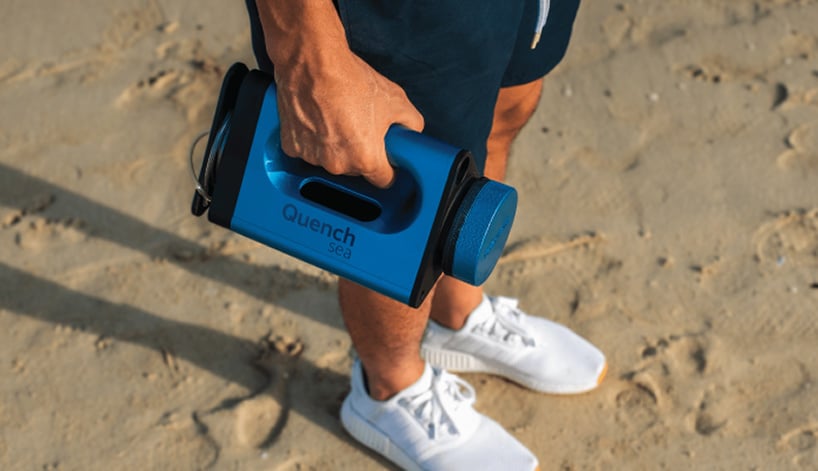 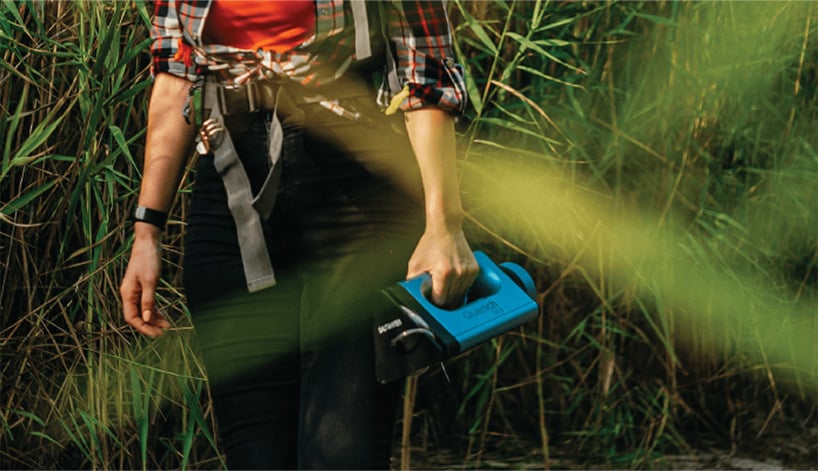 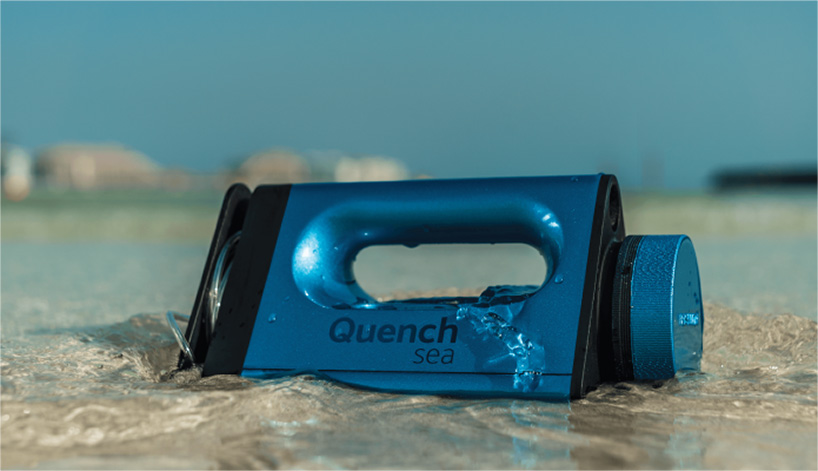