the LEGO model measures over one foot (31cm) tall and 7 inches (18cm) wide when assembled. the designers behind the project took care to make the model resemble ‘R2-D2’ as closely as possible: the robot’s head spins 360° without damaging the model; the design features a retractable third leg; and opening two panels on the droid’s front chest releases a pop-out extendable universal computer interface arm and mock circular saw blade, as in the film. 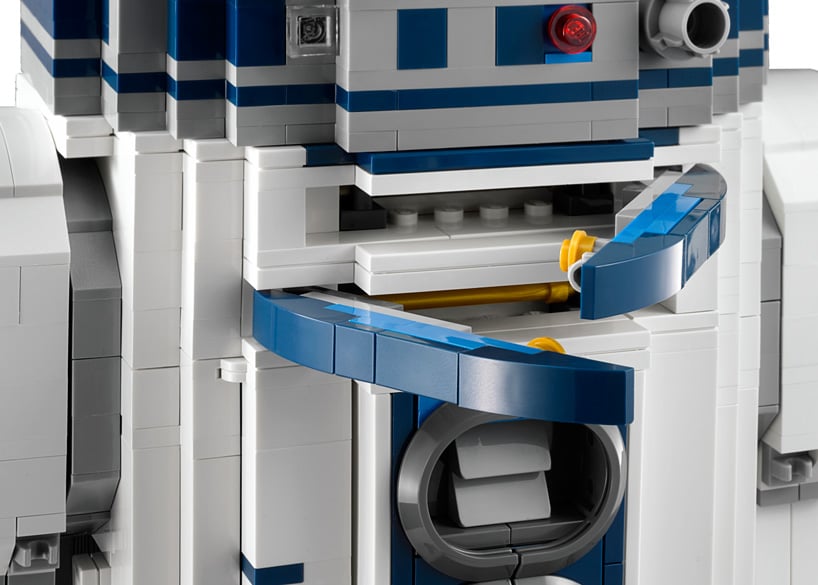 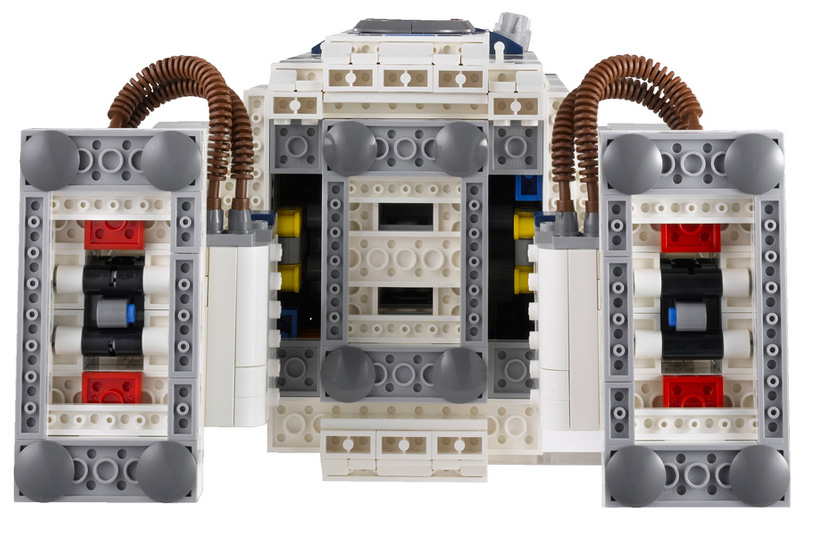 via the brothers brick