rad power bikes has announced a new electric bike that can carry up to 300 pounds with a rear deck that can carry another person or some heavy cargo. powered by a 750w motor, the radrunner is packed with useful features that make it part two-seater moped and part electric cargo bike. 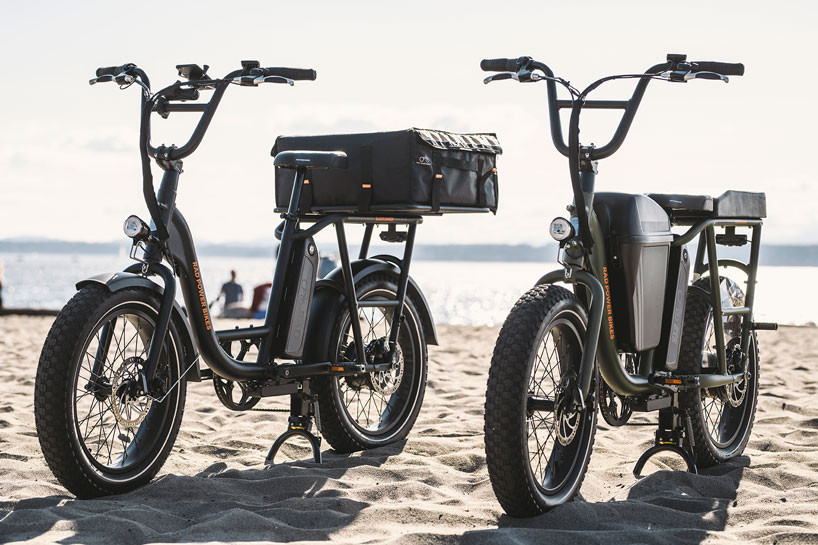 ‘sitting in the car is frustrating, bad for your health and bad for the environment. we know that people want an easier, faster, and greener way to get around, but cost and practicality are their biggest roadblocks,’ said mike radenbaugh, founder and CEO of rad power bikes. ‘we built the radrunner to be effective and fun at a price point that will introduce more people to ebikes, likely for the first time.’ 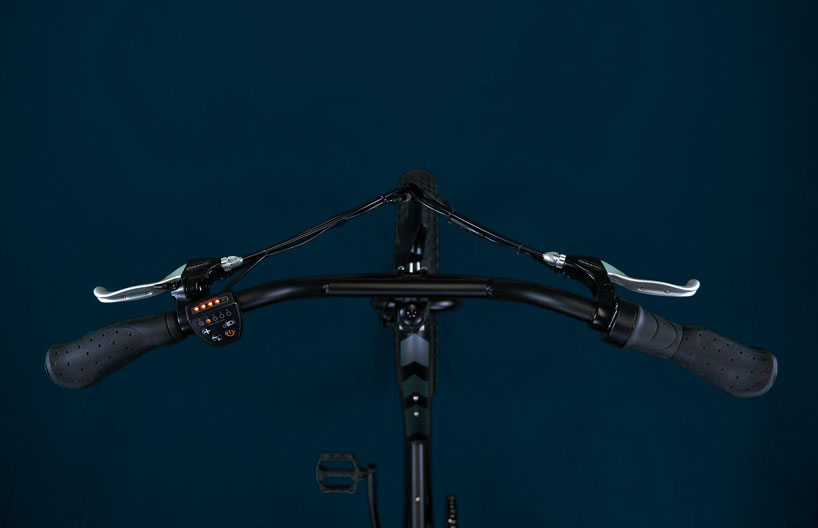 the rad runner offers multiple riding modes and a load capacity of 300 pounds, including 120 pounds on the extended rear deck. the deck can be converted into scooter-style seating with a driver seat and ‘passenger package’, which includes a rear seat, folding foot pegs, and protective wheel skirt. meanwhile, 20-inch by 3.3-inch wide multi-terrain tires provide a stable ride. 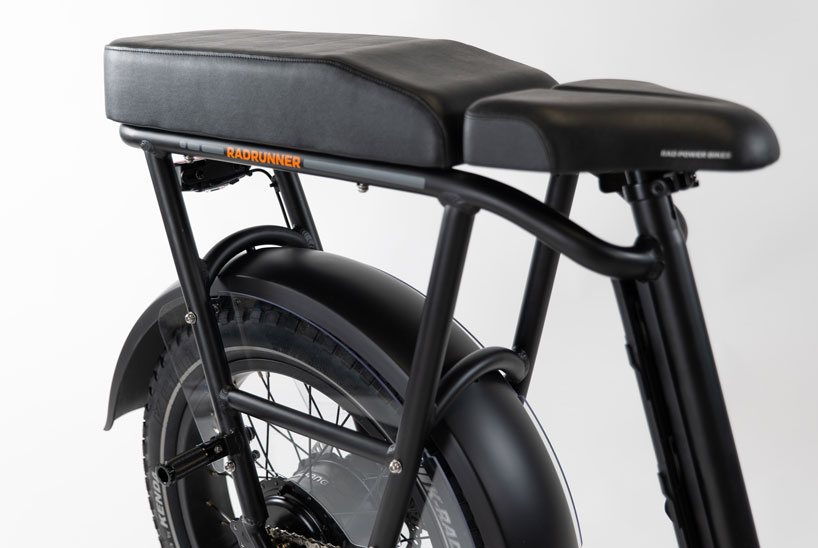 radenbaugh said he wanted to create a bike with fewer moving pieces. a single-speed drivetrain is the centerpiece of the radrunner’s simplicity letting riders quickly get up to speed with the geared hub motor, twist-grip, on-demand power, and four levels of pedal assistance. 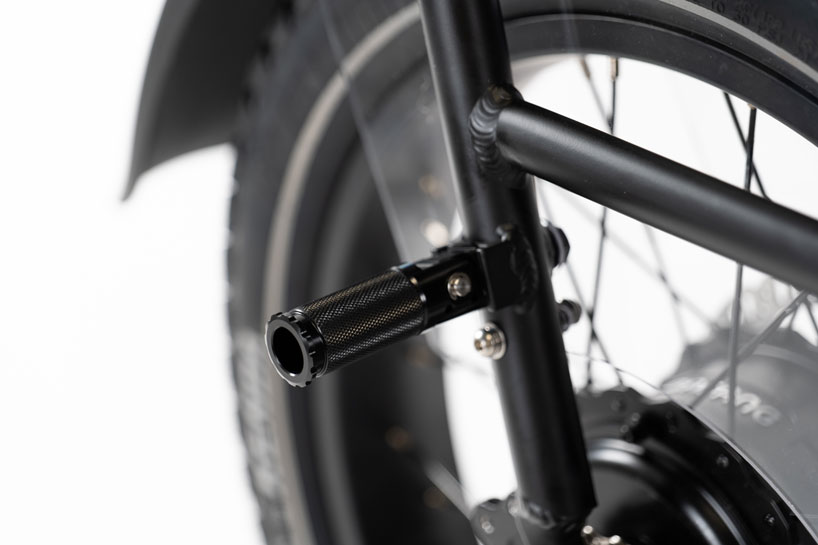 the radrunner includes a powerful geared hub motor (750w in US, 500w in canada, and 250w in europe), long-range 48v 14 ah lithium-ion battery for 25-45 miles of range per charge, and integrated headlight, taillight, and brakelight. other elements include upright handlebars, dual-leg kickstand, rigid fork, and led control readout. 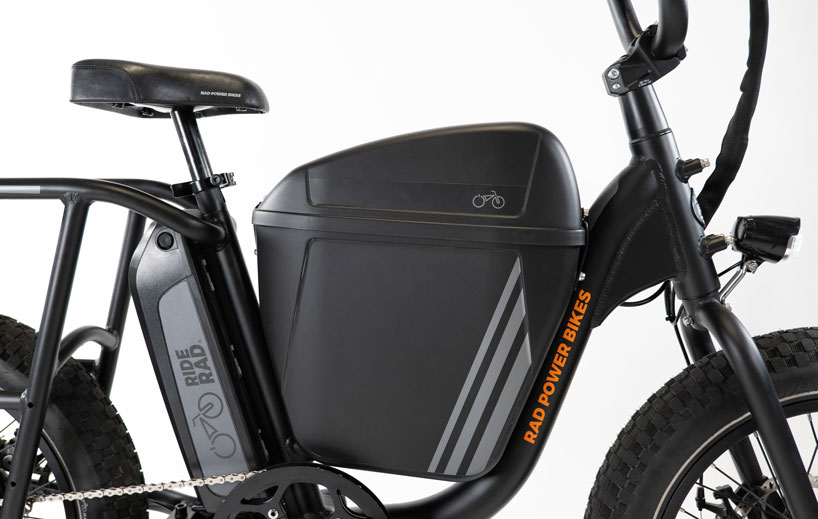 ‘we don’t just build ebikes, we build problem-solvers. our approach to product development is to find ways to add value in new places while tweaking existing features based on years of experience and direct rider feedback,’ said radenbaugh. ‘the radrunner is the culmination of everything we’ve done and stand for, and is a stepping stone to even more radical designs in the future.’ 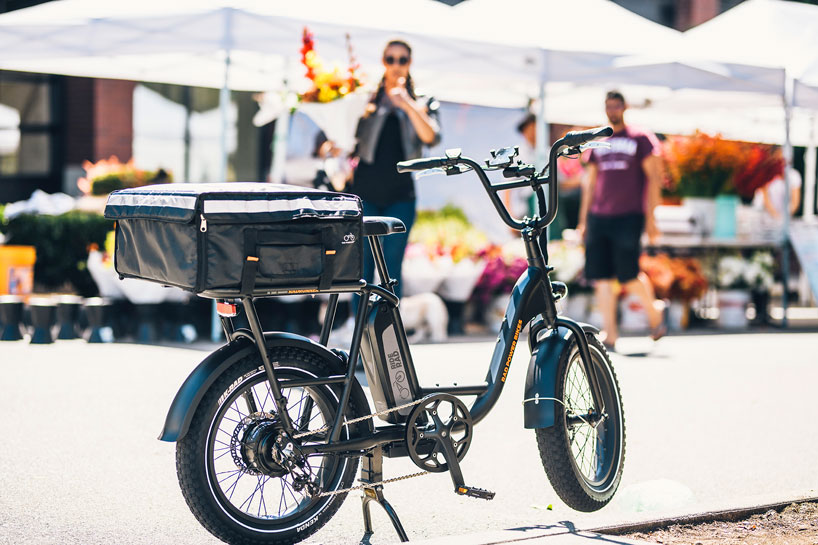 the radrunner is available to purchase in the us for $1,299 USD from sept 11 and in canada and europe $1,799 CAD and €1.199 EUR in late-september. its passenger package and center console accessories are sold separately for $99 USD each.