dubbed ‘the RDSV’, this futuristic snowmobile concept depicts what the future of winter transportation might hold. buenos aires-based designer, juan garcia mansilla, has created no-less than seven sci-fi influenced vehicle renderings in the past, most of which could seamlessly slip into the setting of a raft of sci-fi feature films. 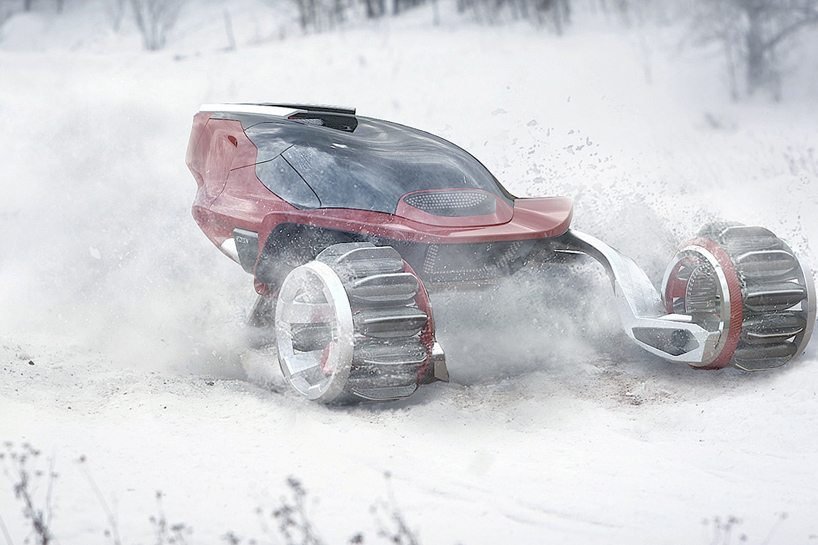 according to juan garcia mansilla’s website, this rapid deployment snow vehicle covers polar exploration, rescue missions, medical emergencies or even sport applications. its fascinating aerodynamic body is powered by a traction system that is designed to adapt to different snow conditions. the concept features two large wheels, each with different sized paddles — small caters for hard, icy surfaces, while large can travel through deep snow. the two seater is intended to function as a high speed snowmobile that can, ‘travel across antarctica, but could also climb up a mountain’. juan’s renderings can serve to inspire manufacturer’s designers to take greater risks, to design truly dramatic and mesmerizing modes of transportation. 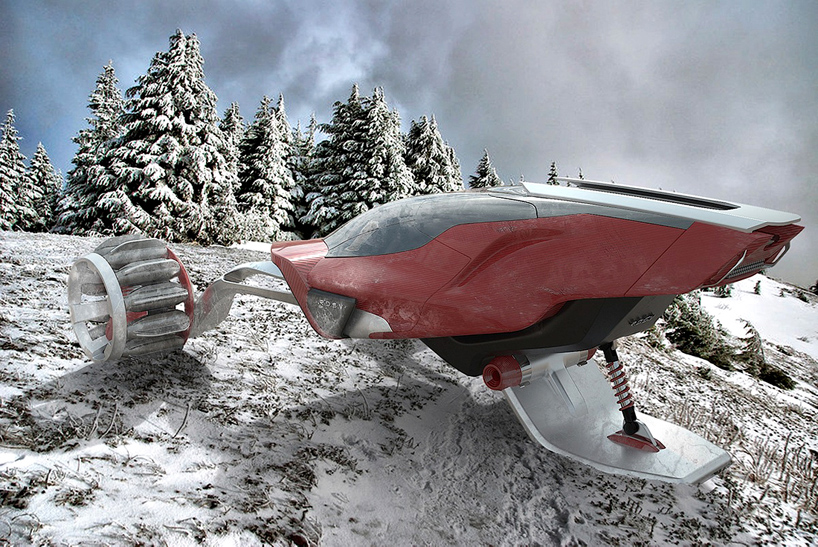 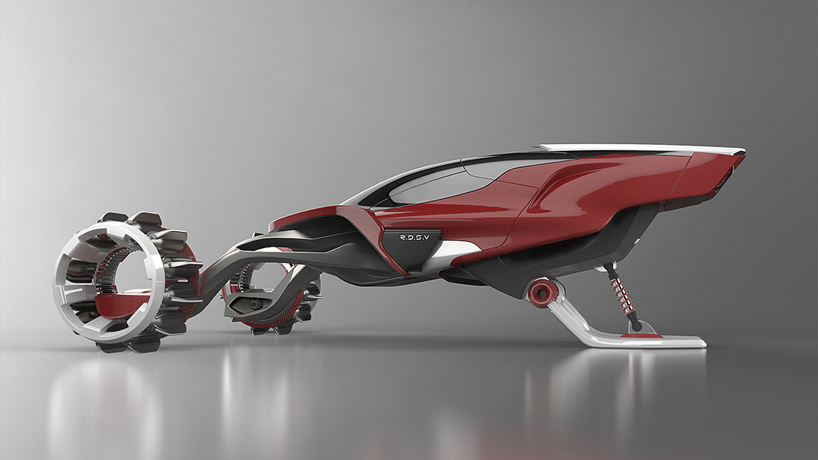 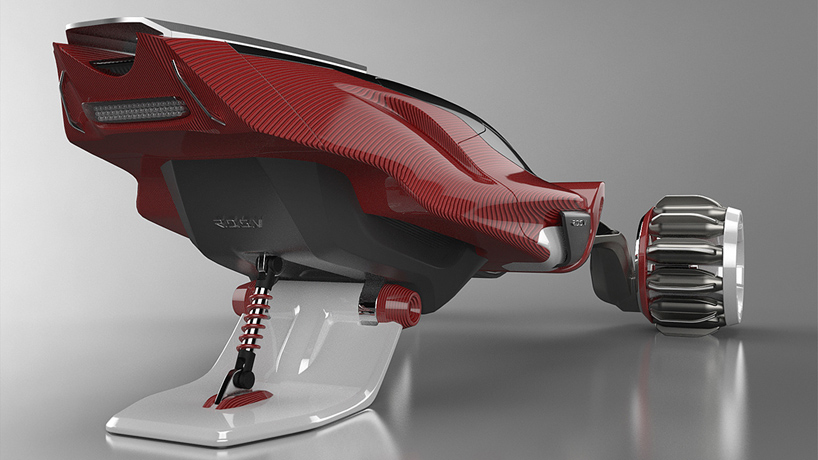 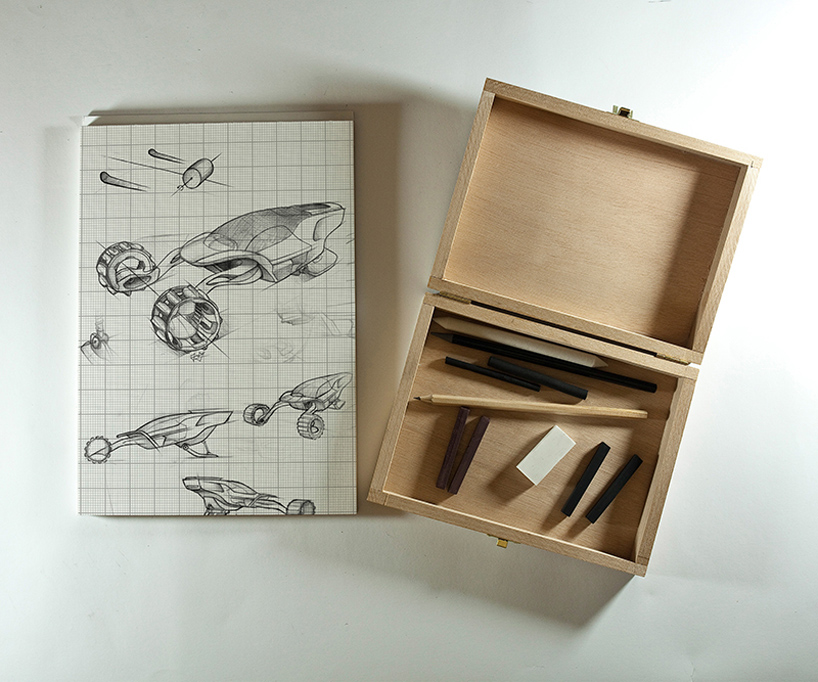