‘the dakar is an incredible adventure where you and your car are pushed to the absolute limit. it is the epitome of endurance,’ states alexandre pesci, president of REBELLION and 2021 rally driver, to designboom. returning as the official timekeepers of the 43rd competition, REBELLION – an independent geneva-based brand dedicated to unique timepieces, cars and racing – know a thing or two about endurance. their passion for endurance intertwines motor racing, lifestyle and fashion.

designboom races with REBELLION, the official timekeepers of the dakar rally 2021, from january 3-15 – tag along on the world’s most extreme, unique adventure! 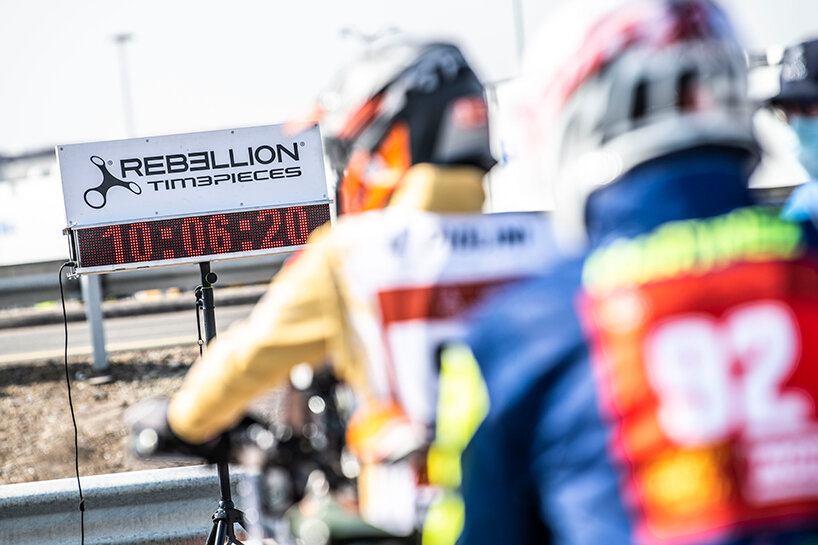 all images courtesy of REBELLION unless stated otherwise

the mythical dakar rally takes to the daunting yet stunning deserts of saudi arabia from january 3-15, 2021. starting in jeddah in the south, the route is composed of 12 stages with the marathon switching from dunes to sandy expanses throughout, and even passing by the ancient, lonely carvings of madain saleh after a week of riding. more than 500 experiences and amateur drivers join the international rally in cars, trucks, motorcycles and more, before finally returning to the city on the shores of the red sea on january 15. 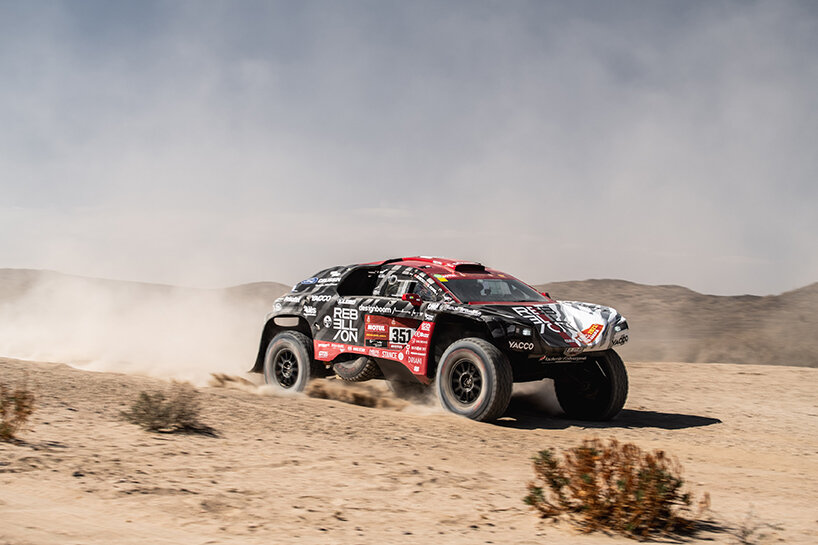 the rally challenges drivers, crews and mechanics to the limit, as alexandre pesci dutifully found on his – and REBELLION racing’s – first outing in the dakar rally 2020.

‘I was a complete novice last year. it was my first race ever, and the other competitors told me I was crazy to start with the most difficult event,’ explains alexandre to designboom. ‘I did perhaps 10 days of test driving and that is it. I spent the rest of my time doing physical training so that I could cope with 12 days and 8,000 km of racing. at everyone’s surprise, I finished 11 in my class and 3 rookie.’ 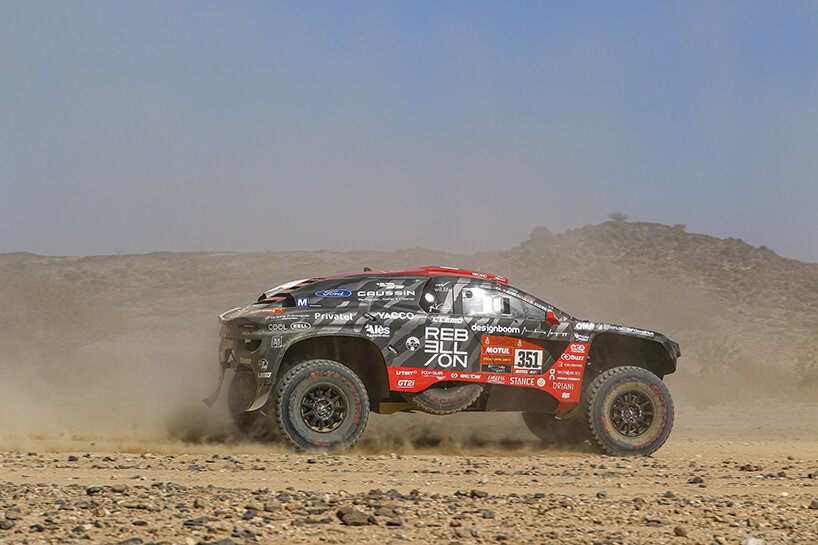 REBELLION joins the dakar rally 2021 with two cars: one driven by alexandre; the second driven by romain dumas, winner among others of the 24 hours of le mans and record holder of the pikes peak hill climb race. the rebels’ models adorn a red, white and black colorway with designboom’s logo sported on the side. internally, the vehicle’s solid base is fashioned on a dakar winner two-wheel drive peugeot with an aspirated form mustang V8 engine. they build upon the previous edition, meeting the race’s strict guidelines on weight and horsepower (400 hp max), and creatively interpret solutions for 2021.

‘we worked to improve the car in many areas compared to last year,’ begins alexandre. ‘the engine now has 20% more torque thanks to a new induction system and direct fuel injection, the roof was lowered and the back of the car is completely different to improve the aerodynamics, the weight distribution has been reviewed, and finally the shock absorbers are different.’ 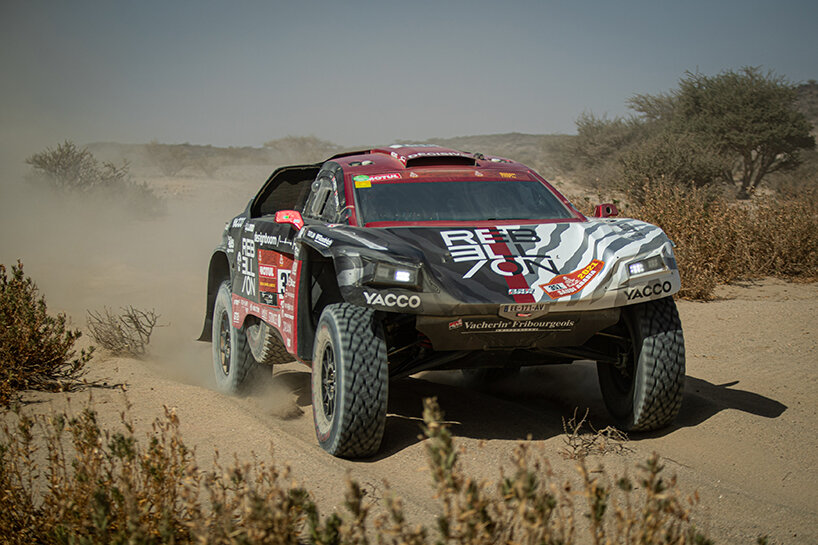 even with such technical and trialled designs, REBELLION’s two drivers and their cars are maintained by a support truck in the race as well as two additional trucks for 14 staff members, spares and, especially, tires. RD limited are not only the builders of the rebellion DXX buggies, they also provide all the race support.

‘RD limited’s support throughout the race is key. they basically rebuild the vehicles each night so that we are ready to tackle the next day’s stage in the best possible condition,’ explains alexandre pesci. 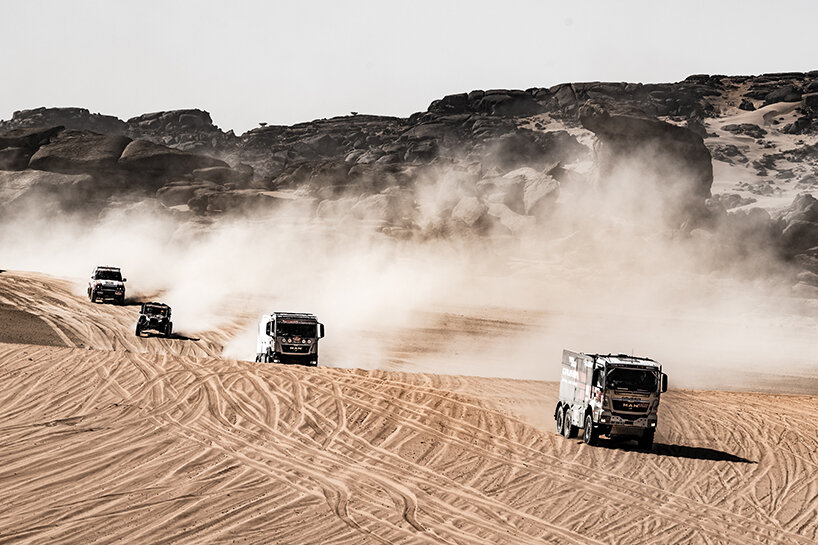 as designboom races with the official timekeepers of the dakar rally 2021, REBELLION proves that accuracy, robustness and technicality is imperative to their designs as they battle the most extreme, sandy environments. good maintenance is also essential to endurance. as such, two special edition watches – the REBELLION timepieces twenty-one three hands and predator chronograph – join the race as equally as uncompromising. with gold accents, both timepieces mirror the buggies’ mechanical performance-oriented design for endurance. tag along on the world’s most extreme adventure, watch out for timepiece reveals, and stay tuned as REBELLION races…

‘to me, endurance is the epitome of racing. toughness and precision are the themes that overlap between our watches and racing,’ concludes alexandre pesci, president of REBELLION and rally driver of the dakar 2021, to designboom. 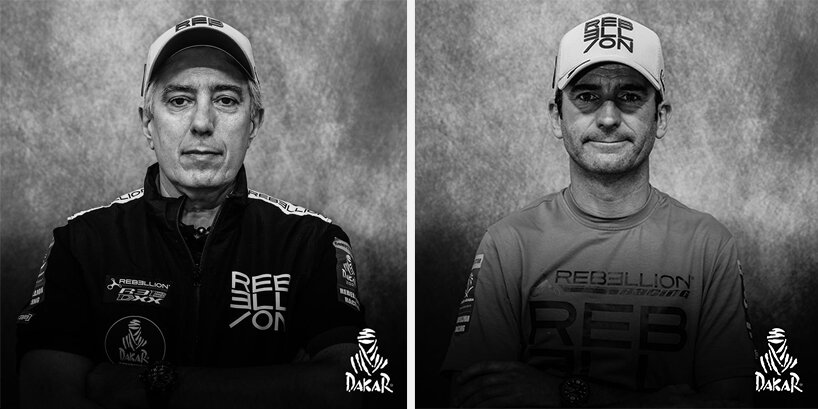 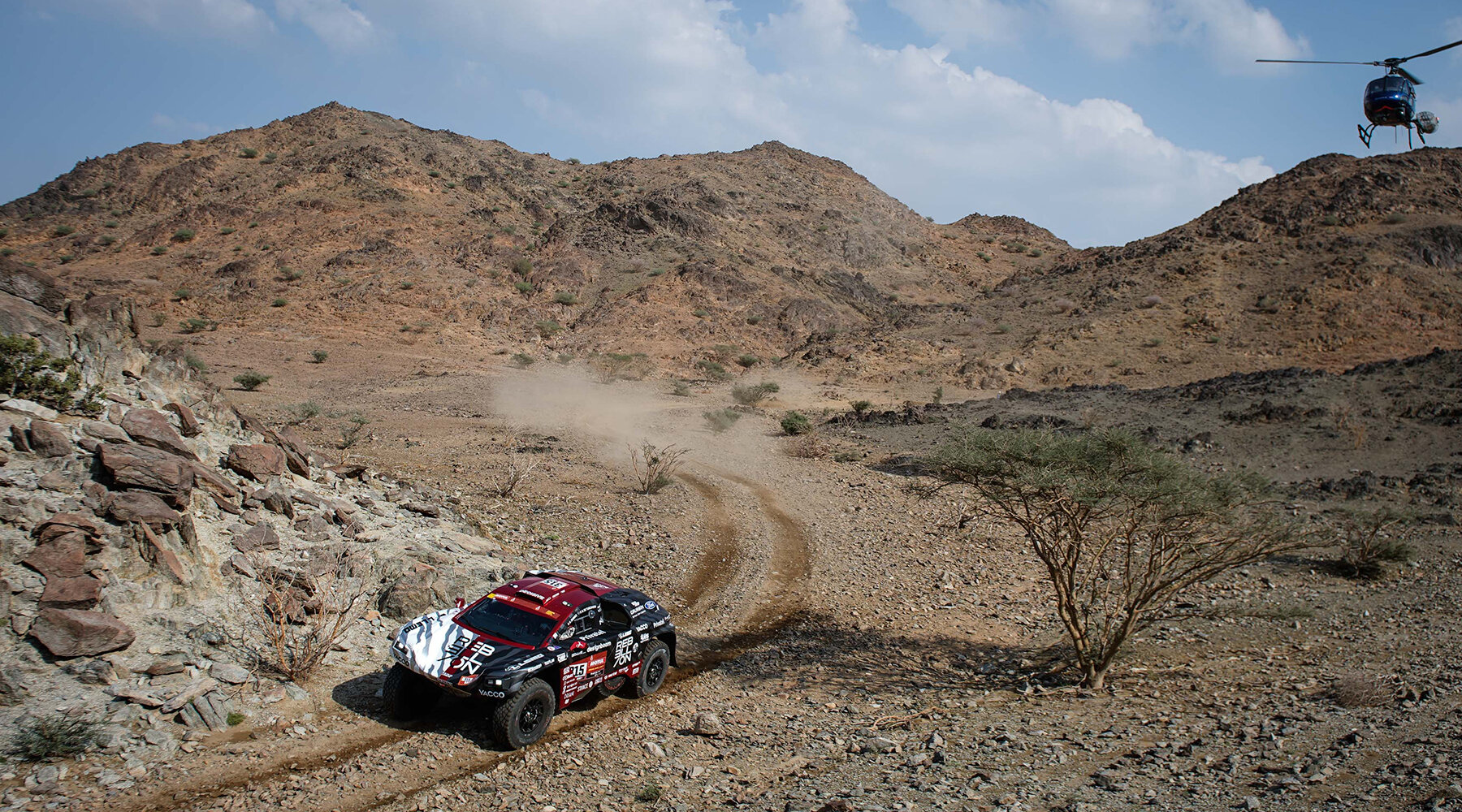 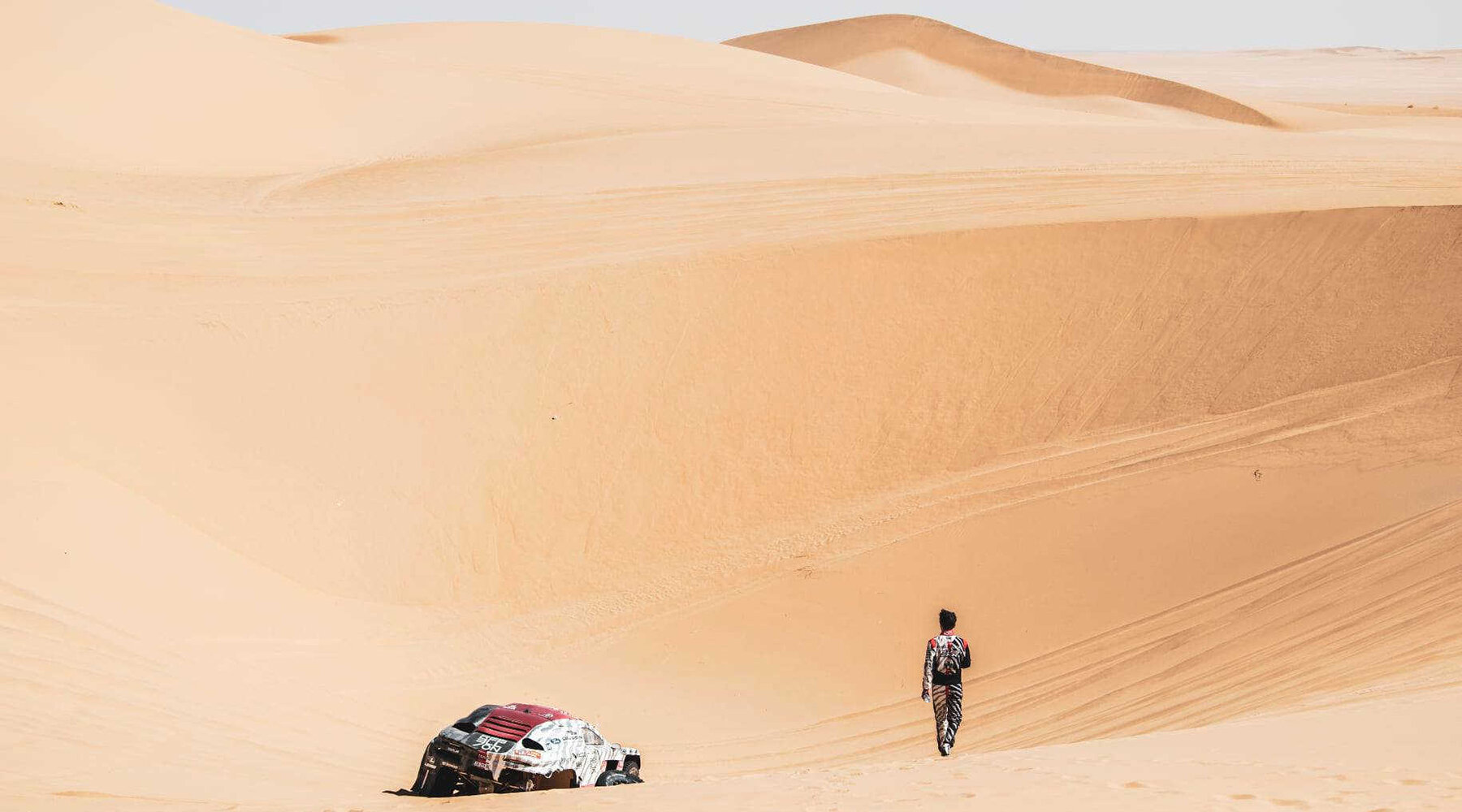