after wearing reflective items of clothing during several performances when touring with sir paul mccartney, DJ chris holmes noticed that many photos taken during the shows, would look obscure. the initial disappointment that was caused, lead to the idea of using embedded wearable technology to ruin paparazzi pictures and make them worthless. this was the start for the betabrand ‘flashback’ collection which comprises of five pieces; ‘photobomber’, ‘illuminati jacket and pants’, ‘silver screen scarf’ and the ‘halo hats’. using a fabric coated with glass nanospheres, the garments are highly reflective for people who do not want their picture taken or for photobombers who want to create lasting impressions. when viewed by eye, each feature such as the slim fit suit and athletic bomber, appears stylish and no different to regular clothes. 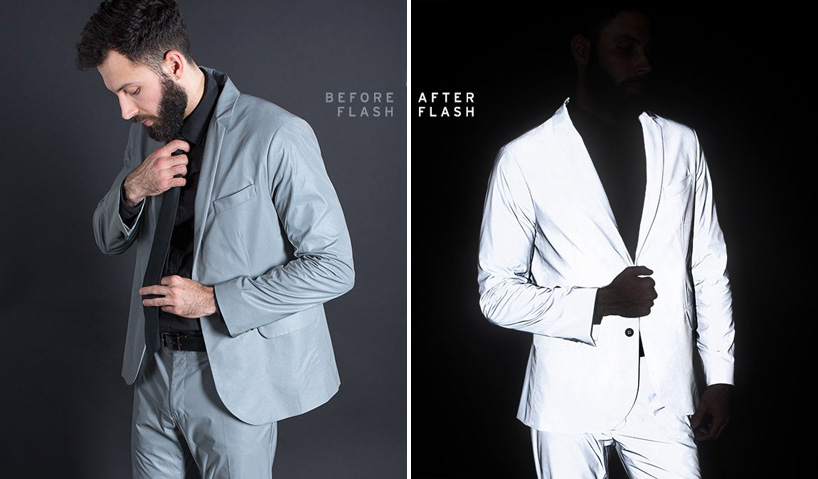 the illuminati suit jacket and pants before and after the flash 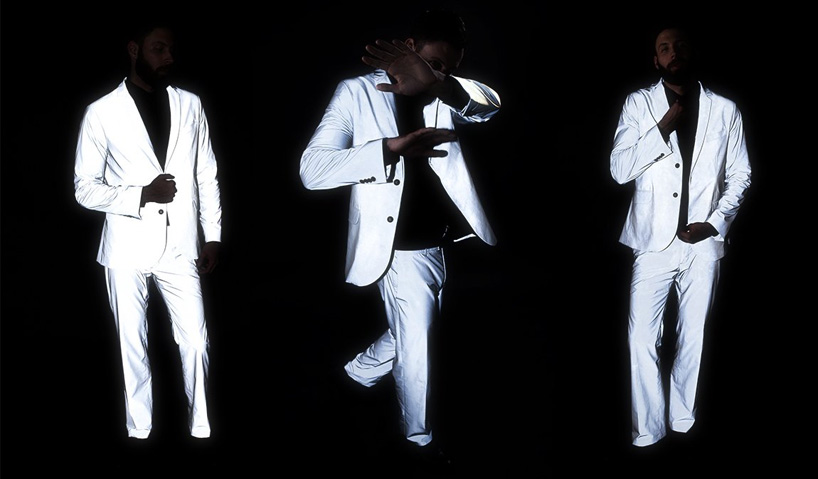 the captured images are obscured and would be worthless 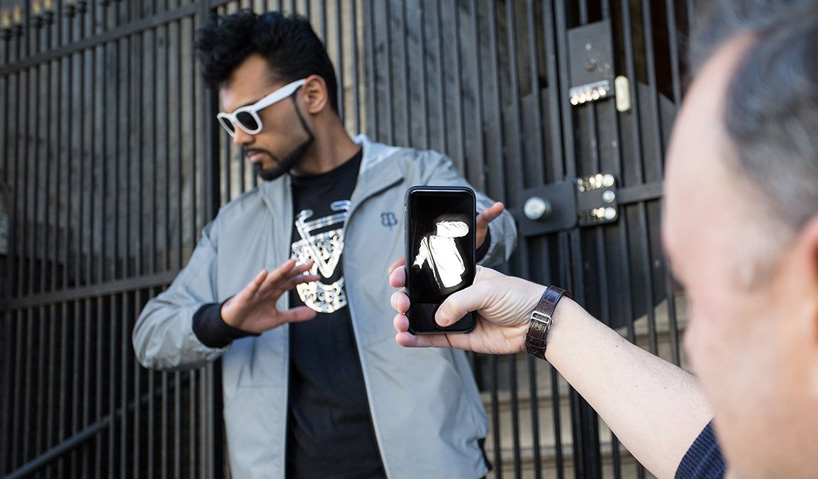 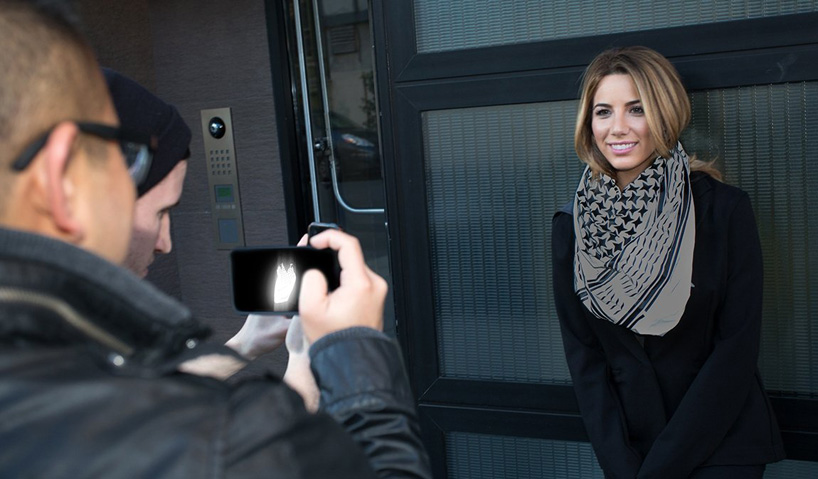 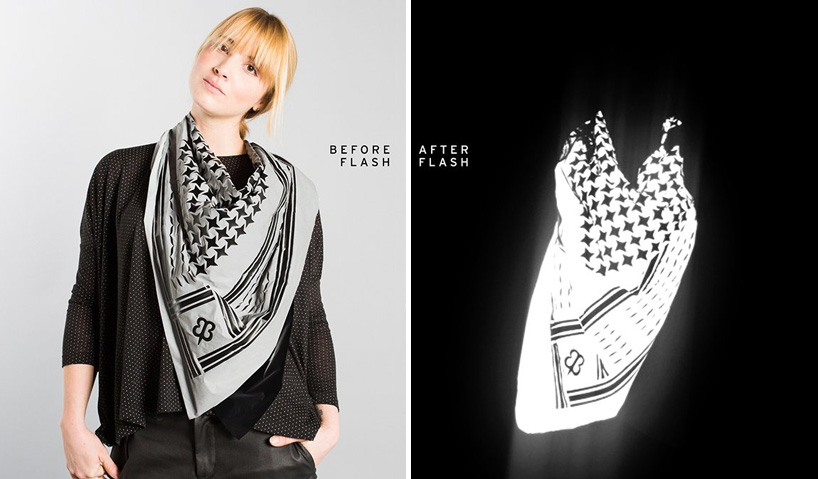 the before and after of the silver screen scarf 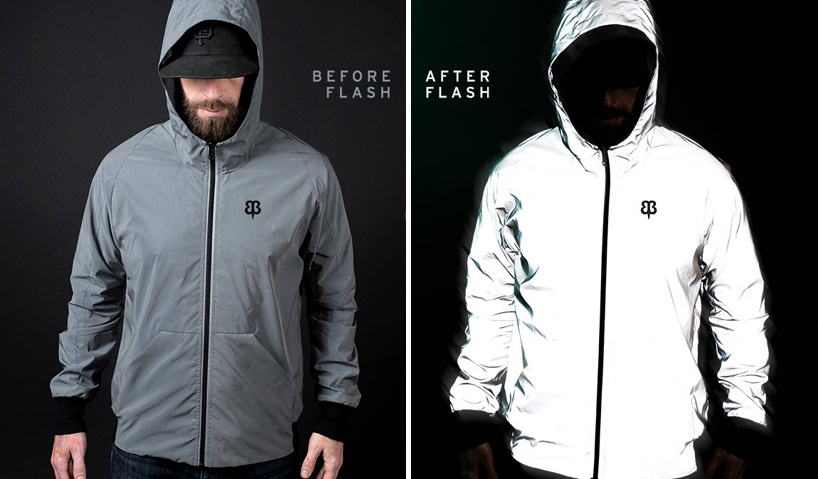 the photobomber hoodie has an athletic fit for superior comfort 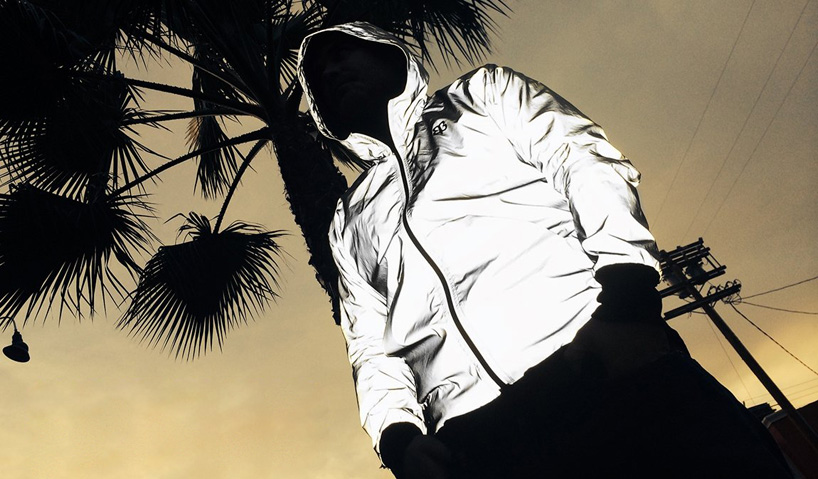