renault is taking a step into a new era with plans to launch 14 core vehicles by 2025 from which 7 will be full-electric. called renaulution, this strategy embraces the changes currently overtaking the automotive market. in order to democratize electric cars in europe, the french automaker brand has unveiled the renault 5 prototype, an all-electric car inspired by the cult model from renault’s past, the R5. 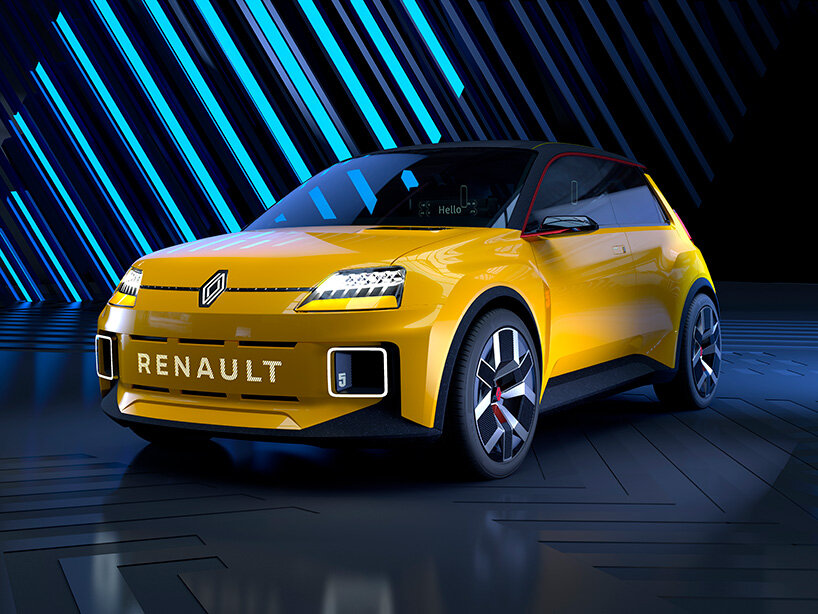 images and video by renault

the renault 5 prototype is a cute, pin-sized, city car taking one of renault’s timeless success to the future with a modern, 100% electric twist. it kept the fun, anti-crisis and mischievous side, with the pop of yellow highlights. the renault 5 prototype takes strong features from the original design, adding a modern approach which is also evident in the chosen finishes and materials. 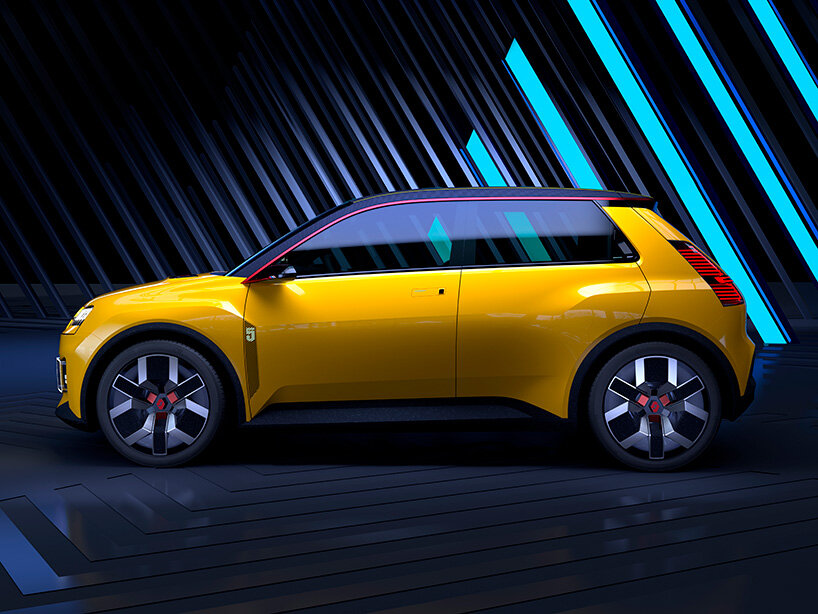 ‘the design of the renault 5 prototype is based on the R5, a cult model of our heritage,’ comments gilles vidal, renault design director. ‘this prototype simply embodies modernity, a vehicle relevant to its time: urban, electric, attractive.’ 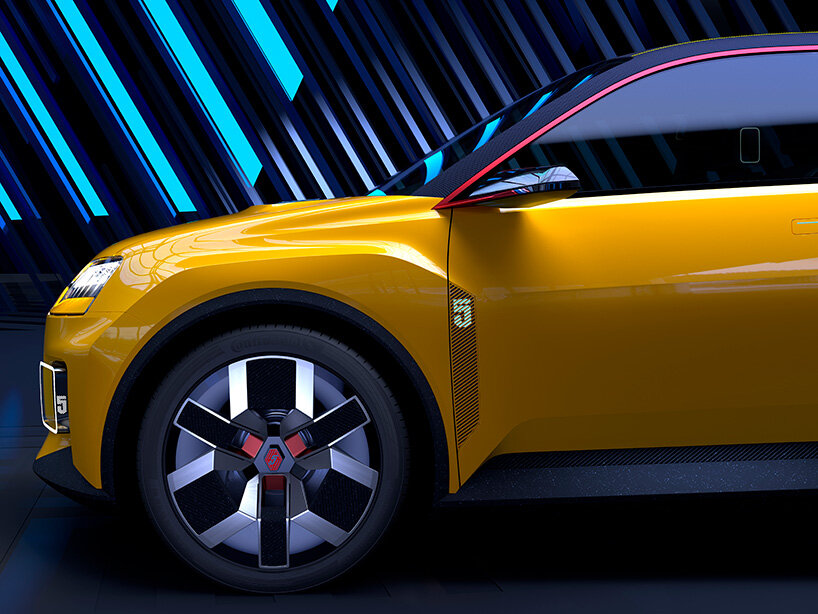 the R5 is immediately recognizable, but thanks to a modern treatment of lines and flush surfaces with futuristic detailing (lights, front face…), the result is resolutely in the spirit of the current times. the styling elements taken from the original design in a modern way hide very modern functions: the bonnet air intake hides the charging hatch, the rear lights include aero flaps, and the fog lamps in the bumper are daytime running lights. there is even a nod to the original ‘5’ on the side grid, the wheels and the rear logo. the front end and the textile roof drawn from the world of furniture are full of ‘french charm’, a hint of mischief, character that pulls on the heartstrings. 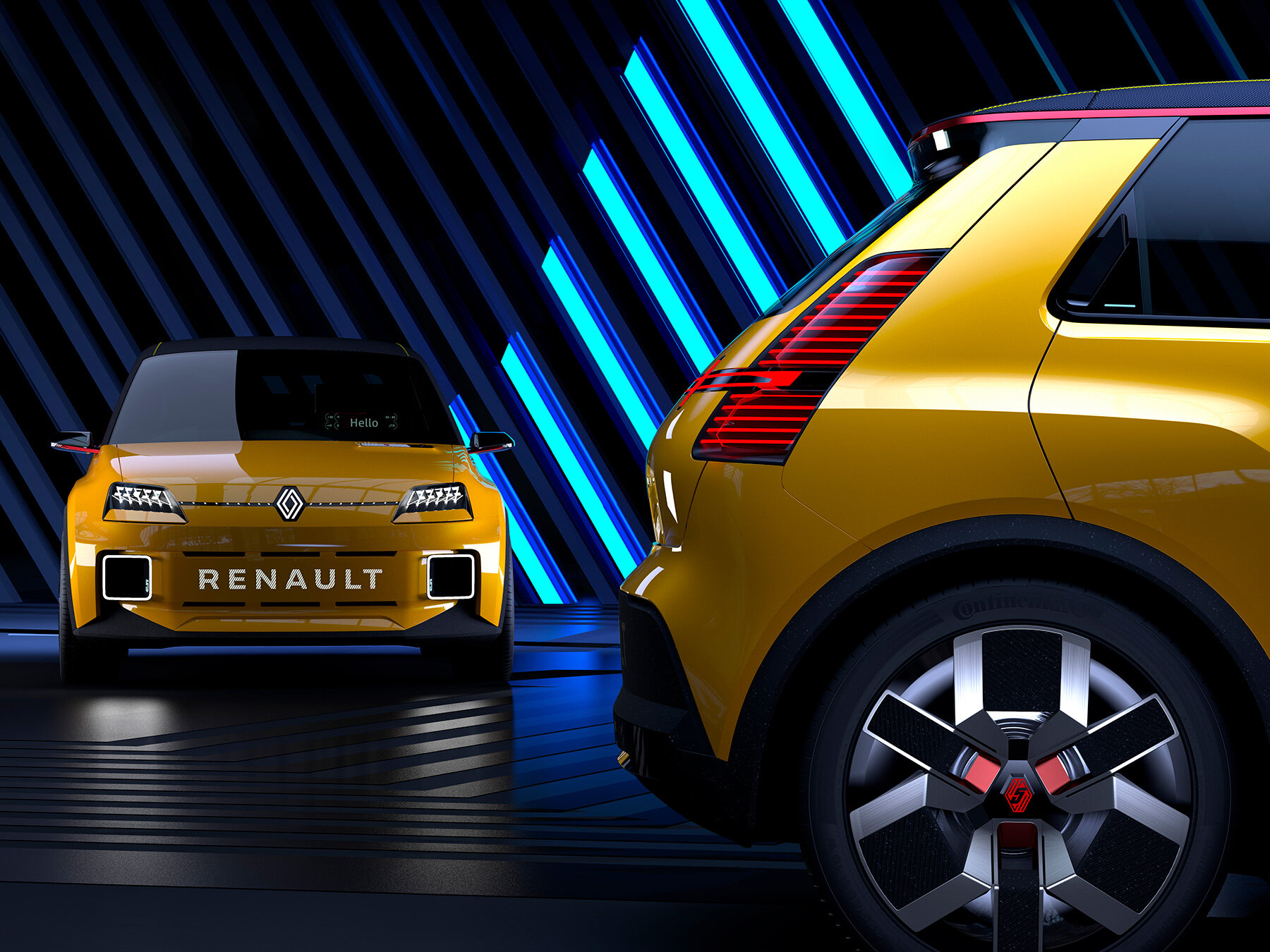 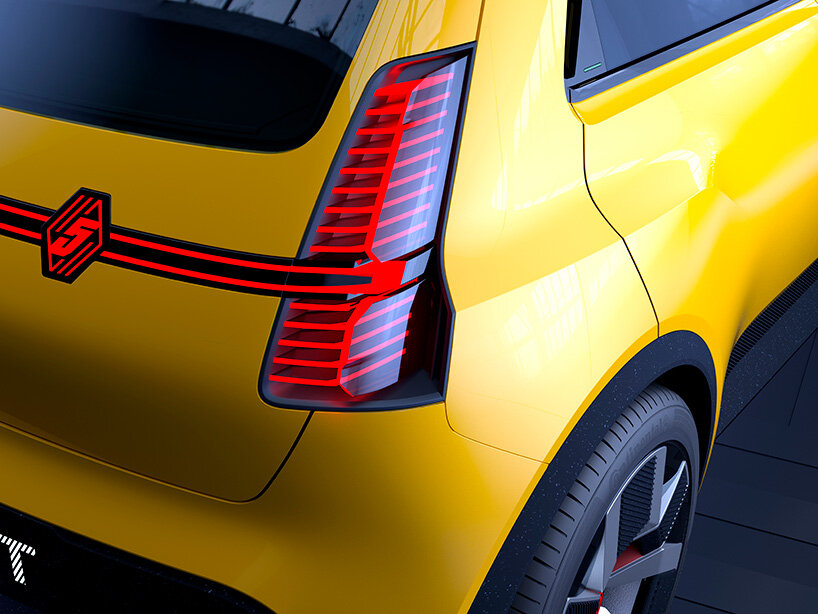 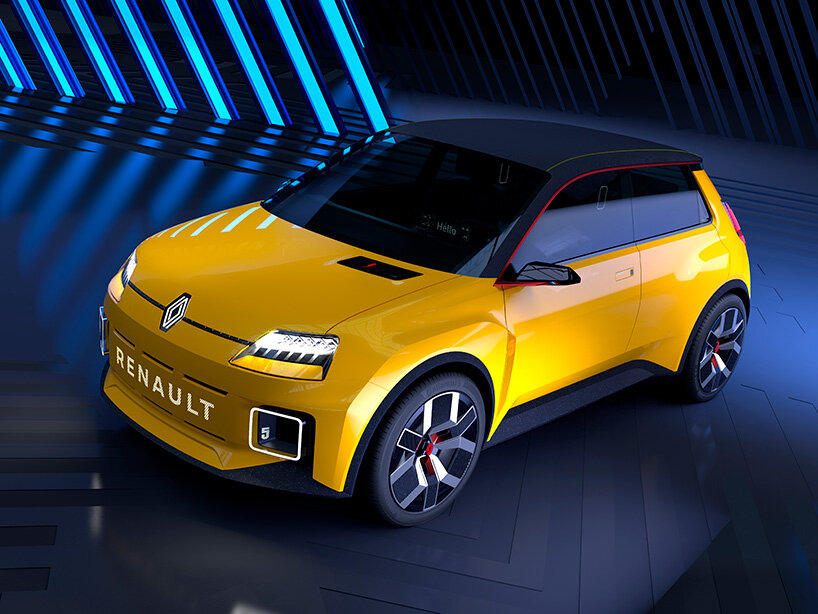