in celebration of the company’s 60th anniversary, the alpine ‘vision GT’ concept combines advanced engineering and styling with their racing heritage, to produce a model ideal for the upcoming gran turismo 6 video game. boasting a maximum power of 450hp and torque of 580Nm at 2,000 rpm, the sports car manufacturer which is a subsidy of renault, is exploring the possible of turning the ‘vision GT’ into reality, as shown by its full-scale prototype that was presented at the festival automobile international in paris. sourcing design influences from the ‘A450’ which won european endurance titles in 2013 and 2014 respectively, the latest product demonstrates a modern transition of the brand as it gained styling references from many other past models, such as the ‘A110’. 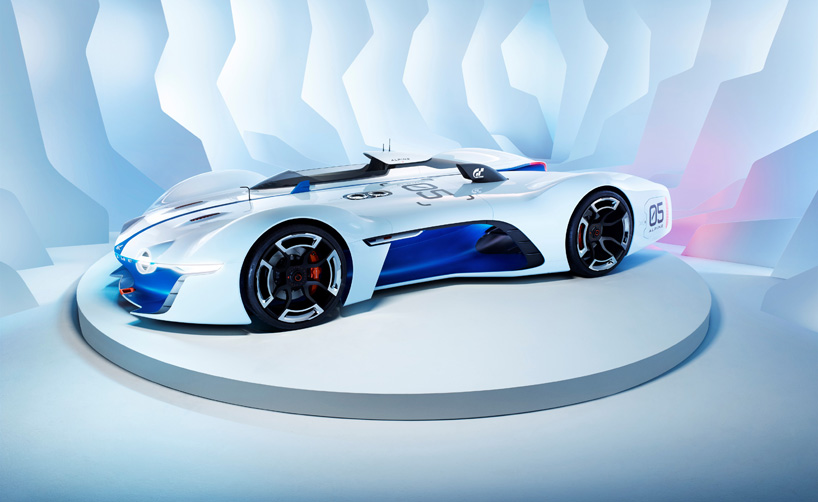 ‘the designers and engineers involved in this project were tasked with creating a car that expresses the spirit of our brand. alpine’s genes are immediately visible in its styling, while its performance won’t disappoint either when players get behind the wheel, or their dualshock playstation controller. they will find the same agility that helped to forge the legend of the original cars produced by alpine founder jean rédélé.’ explained bernard ollivier, CEO, société des automobiles alpine.

he continued to say: ‘the alpine vision gran turismo stands at the crossroads of the past, present and future, at the frontier between motorsport and road cars. it also provides a link between the virtual and real worlds. indeed, the end result is so stunning that we couldn’t resist producing an actual full-scale model of it! the festival automobile international, which places the emphasis on automobile aesthetics, was seen as the ideal setting for the first ‘real life’ rendering of a car since the announcement of alpine’s revival broke cover. it will be possible to admire our latest creation and also to enjoy it first-hand thanks to gran turismo 6.’ 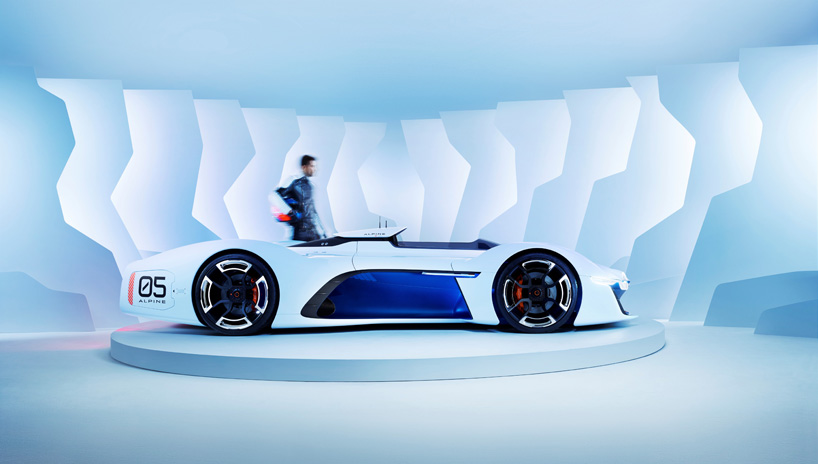 the design of the rims is open to reveal the impressive brake callipers, painted in orange or blue

‘the design needed to contribute to the lightweight feel and convey an impression to the driver of being at one with the machine. the alpine vision gran turismo features the brand’s timeless hallmark agility and elegance borne out of efficiency and ingenuity. we even took advantage of the exercise to subtly conceal several details that are directly inspired by the future alpine which will see the light in 2016 – but I can’t give any more away about that!’ said antony villain, design director, alpine. 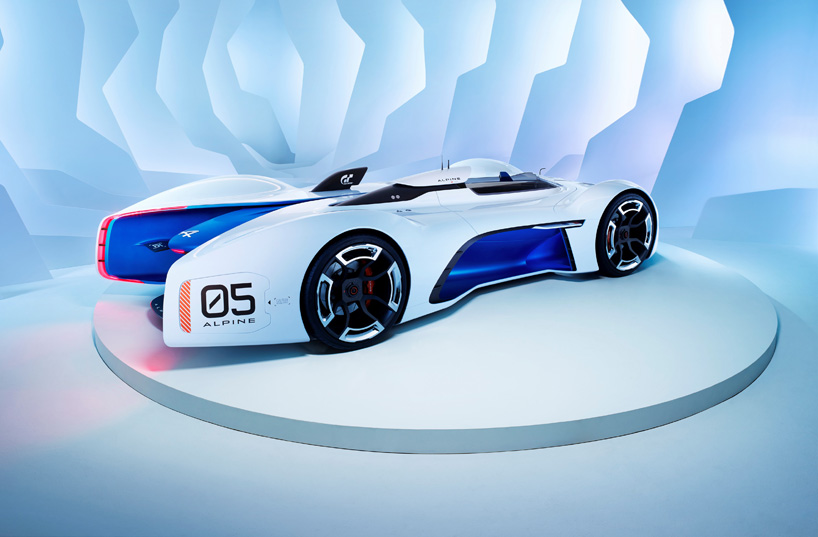 the carbon monocoque body features an undeniably modern aerodynamic package, making the alpine ‘vision GT’ lightweight and agile. its sloping V-shaped bonnet, central crease and large air intakes which also helps accentuate the narrow form, reflects this pure-racing image just from its front profile. continuing across its smooth, double composite shell, the concept car features an open cockpit which is accessed via a butterfly door, and houses a contemporary leather interior. available in either white and blue, orange and blue, or matt black, the alpine prototype will feature on playstation’s gran turismo video game – developed by polyphony digital inc – which was released in december 2014. 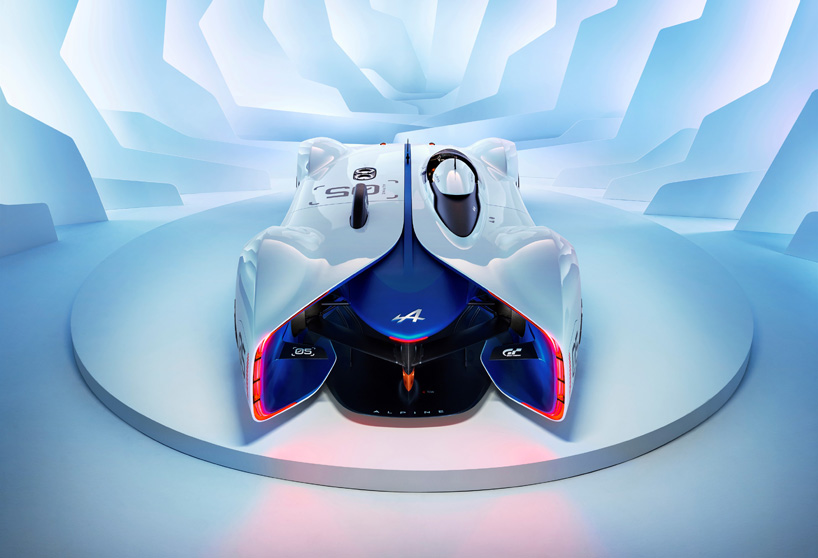 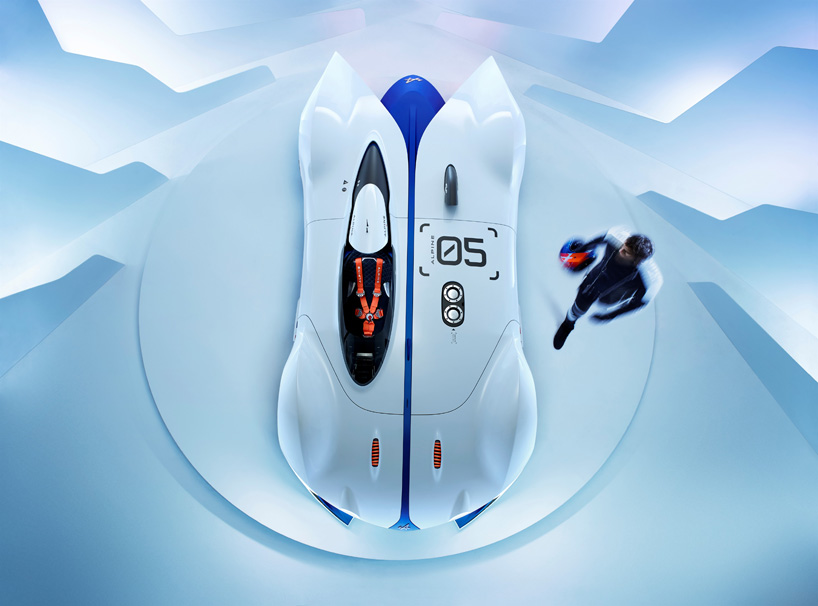 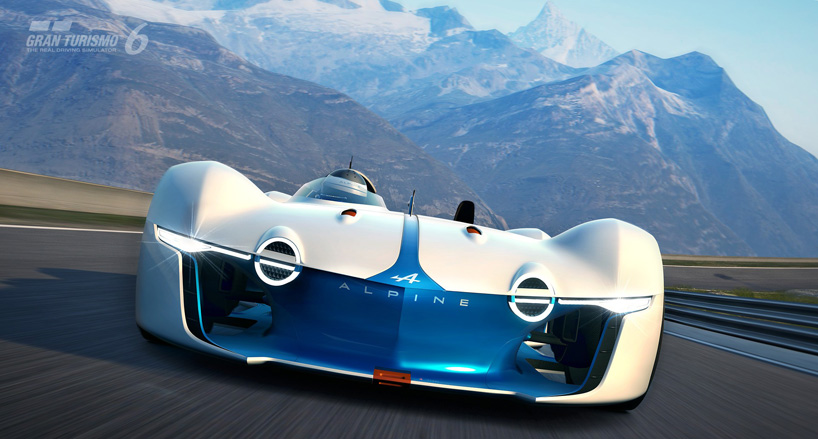 the concept car captured racing on the playstation video game 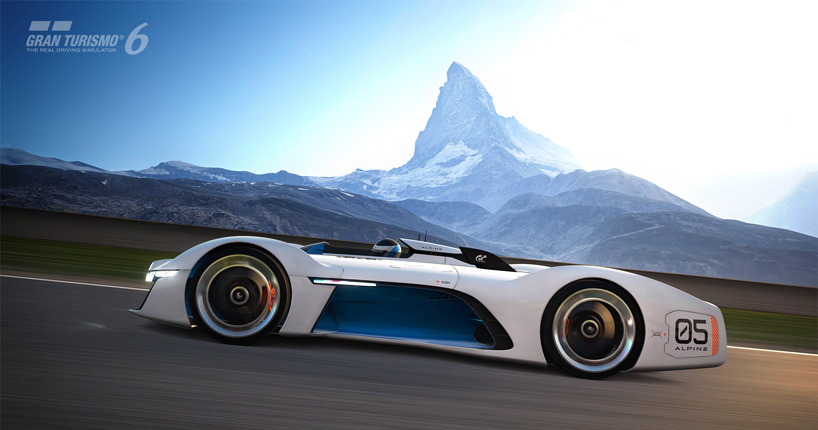 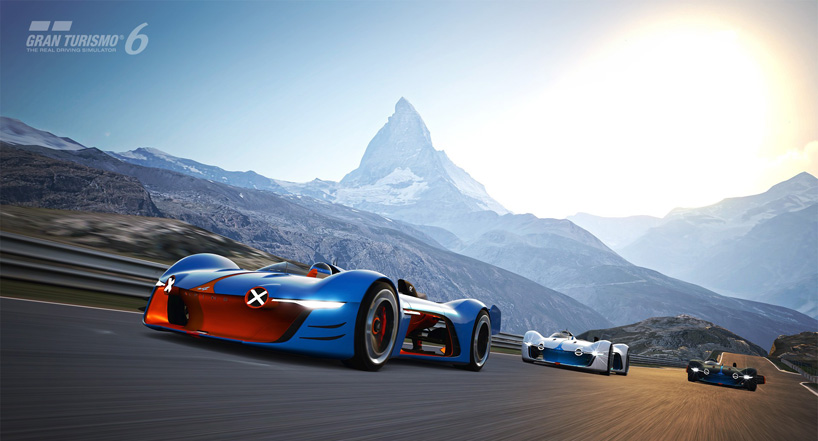 the three color options; blue and orange, blue and white, or matt black