design teams at renault regularly work on future looking topics unrelated to any of their consumer range of car models. the exercise helps them to explore new ways forward and brings the creative staff entertaining design sessions. 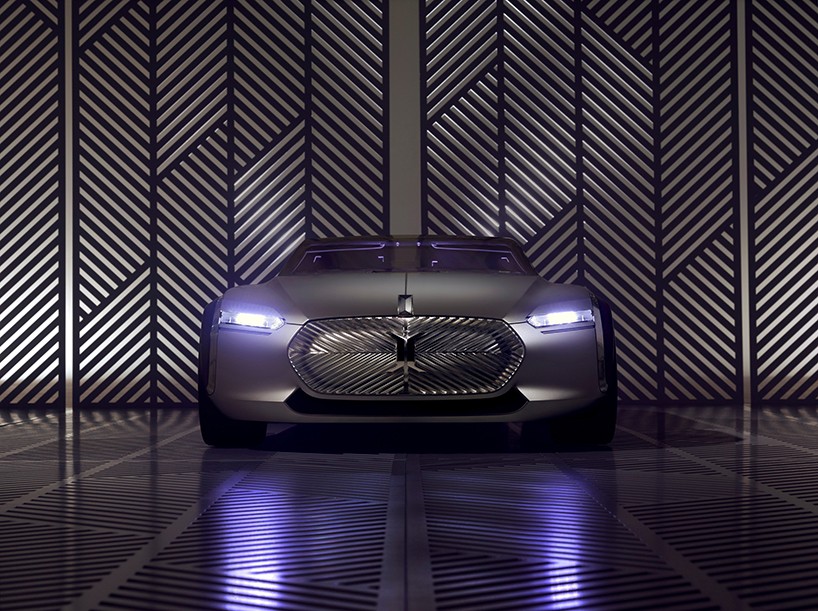 the front grille of the renault ‘concept c’

the teams decided to investigate the topic of french cultural objects, and through their research and studies, it led them back to the gold age of automobiles in the 1930s. the influence of le corbusier asserted itself as the obvious source of reflection, as a sort of conceptual prequel to the modern car. the idea of simplicity, visible and aesthetically assumed structure, geometric elegance and light guided the designers in the creation of the ‘coupé c’ concept car. renault revealed the car as part of an exhibition at villa savoye near paris. 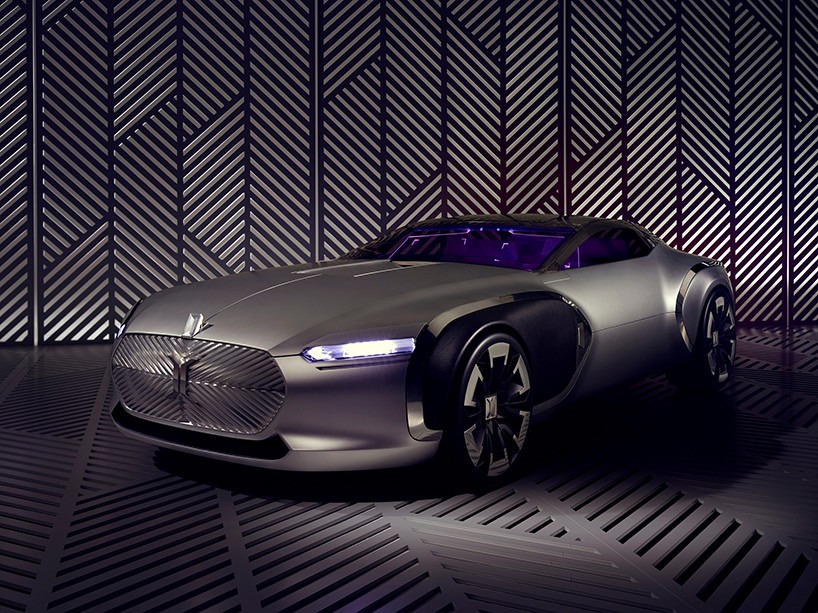 influenced by the architect’s modernist principles and theories 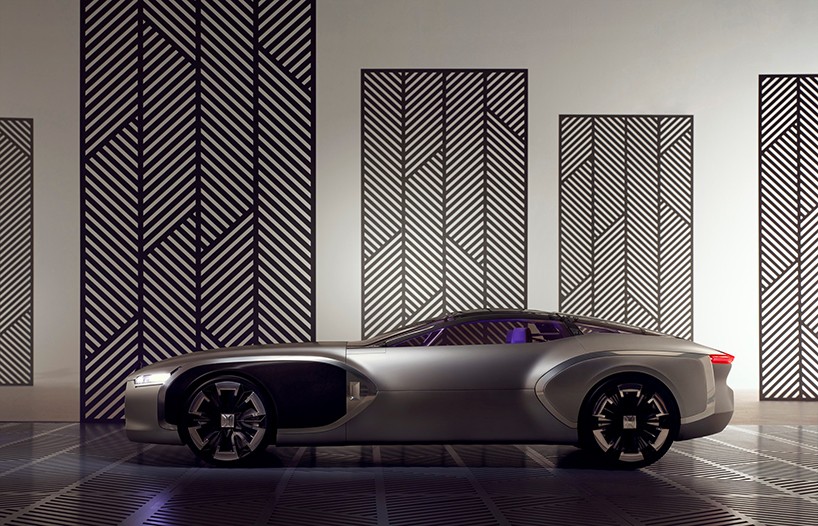 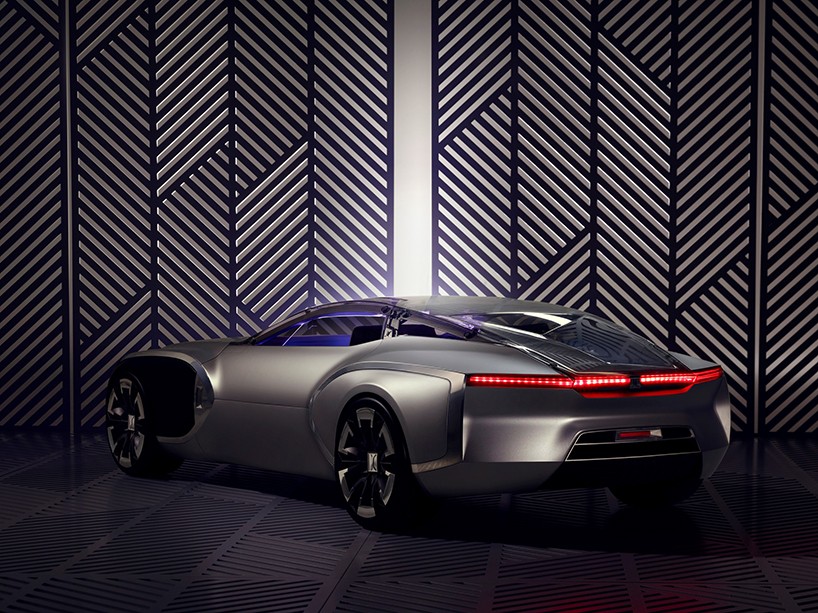 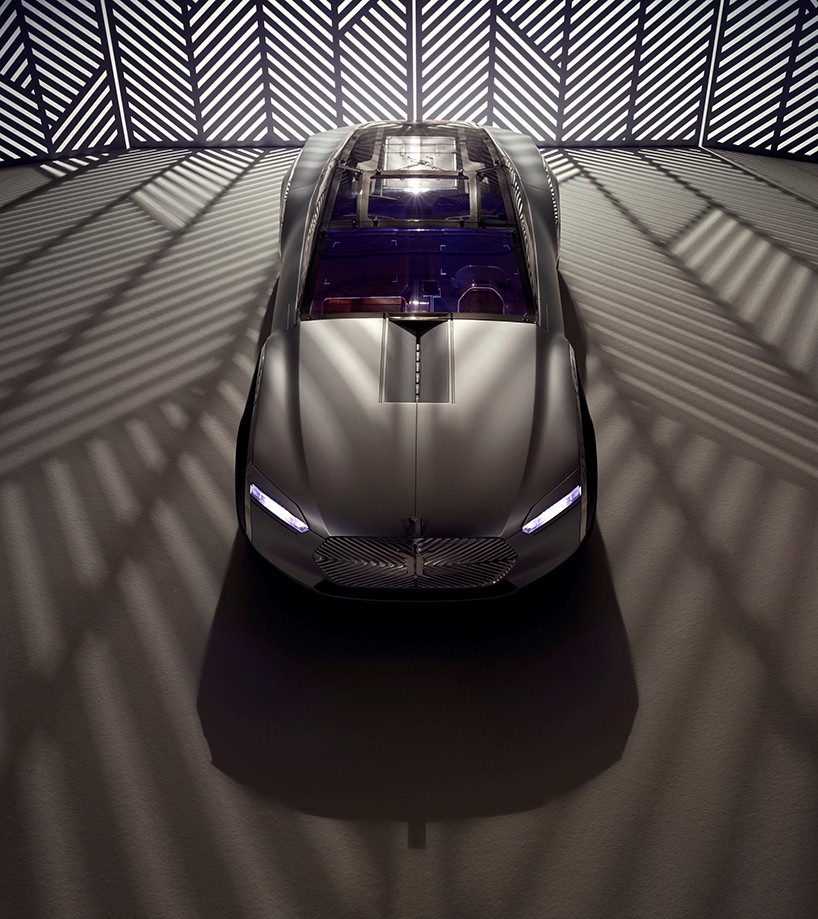 the hood intrusions allow air into the engine 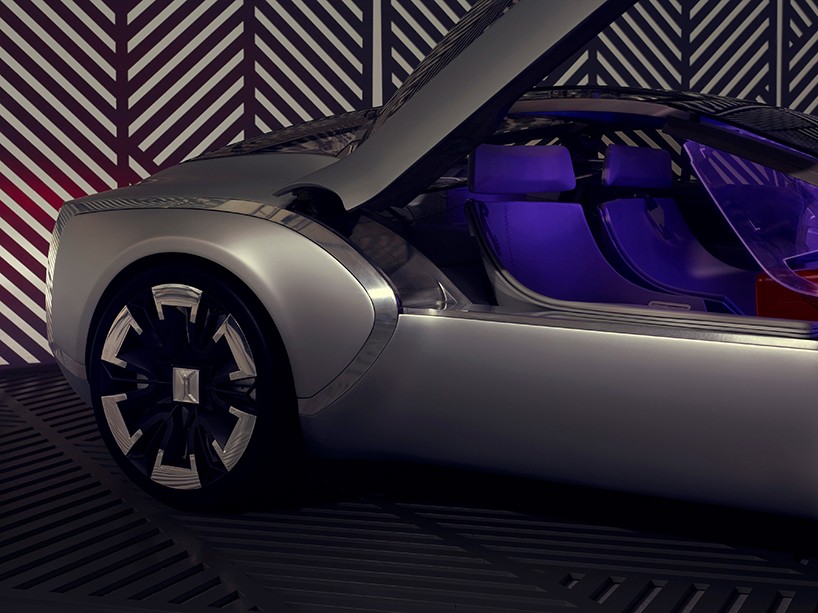 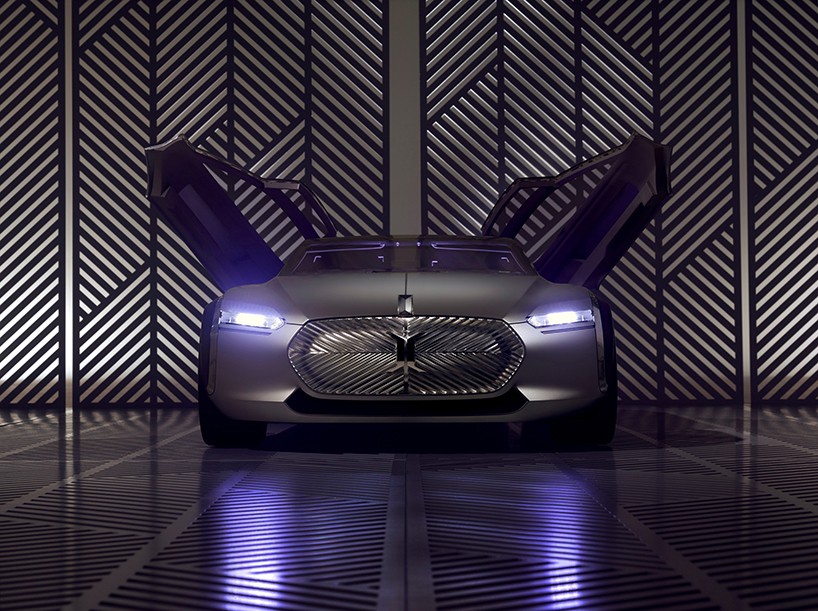 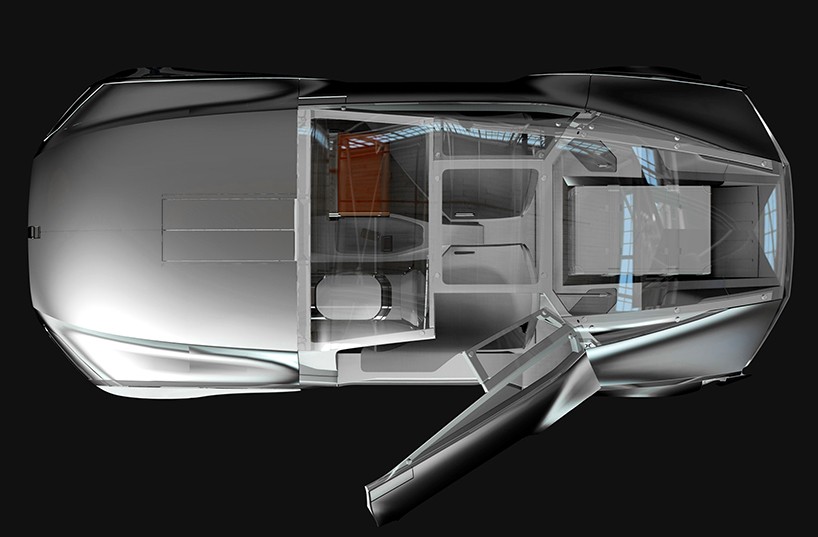 prototype was shaped and finished by hand