renault has unveiled the ‘KWID concept’ at the delhi auto show, a concept car featuring a built-in drone quadcopter. taking off from the rotating rear portion of the off-road vehicle’s roof, the ‘flying companion’ can be operated in one of two modes – the automatic mode using a pre-programmed flying sequence and GPS coordinates, which enables the copter to be controlled using a tablet inside the vehicle. the flying companion can be used for a variety of purposes, including scouting traffic, taking landscape pictures and detecting obstacles on the road ahead. 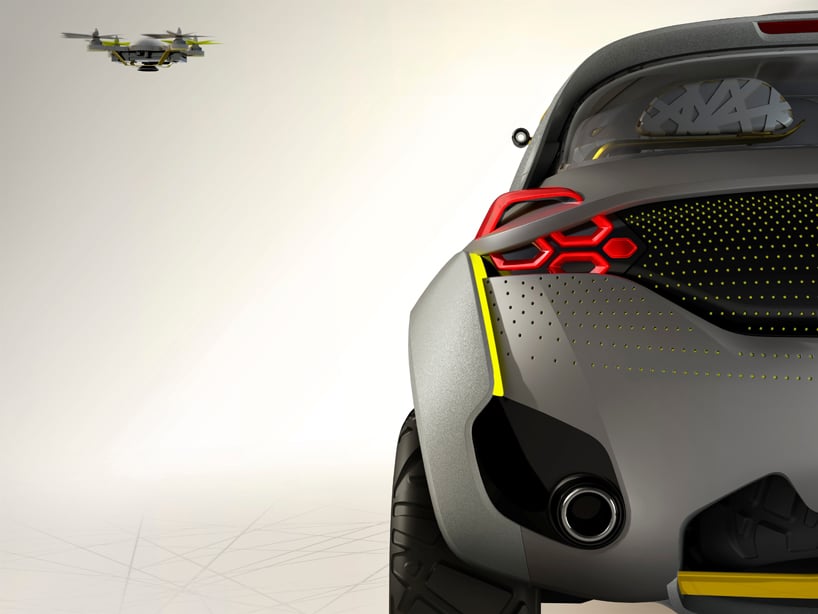 the ‘KWID concept’ is also Z.E ready – providing a platform to receive batteries for electric use – and comes with a charging plug behind the main renault logo in the front grille. powered by a 1.2-liter turbocharged engine, the compact off-road concept is paired to dual-clutch transmission for low fuel-consumption. other tech features include electric operated front bench seat on a center rail, electric opening doors and LED lighting. the vertically-mounted TFT touchscreen display acts as the dashboard and also provides access to connected services. 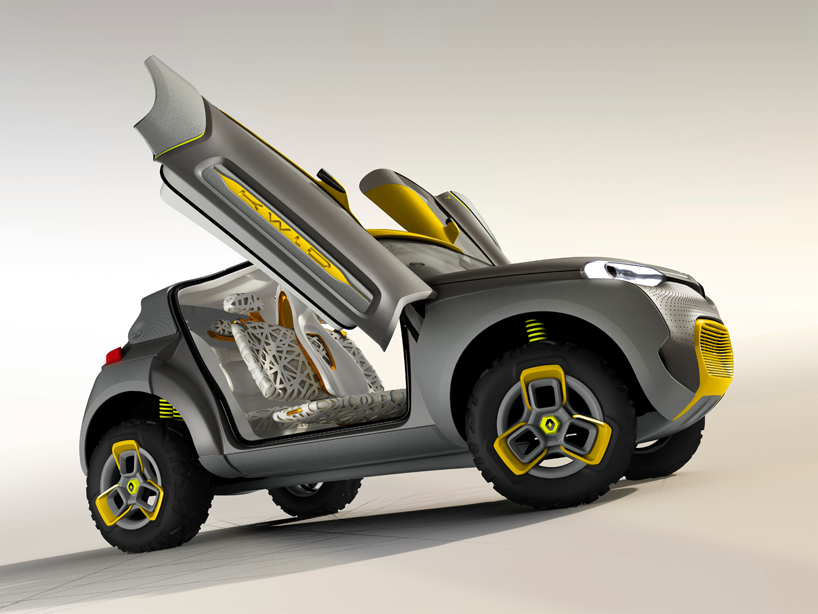 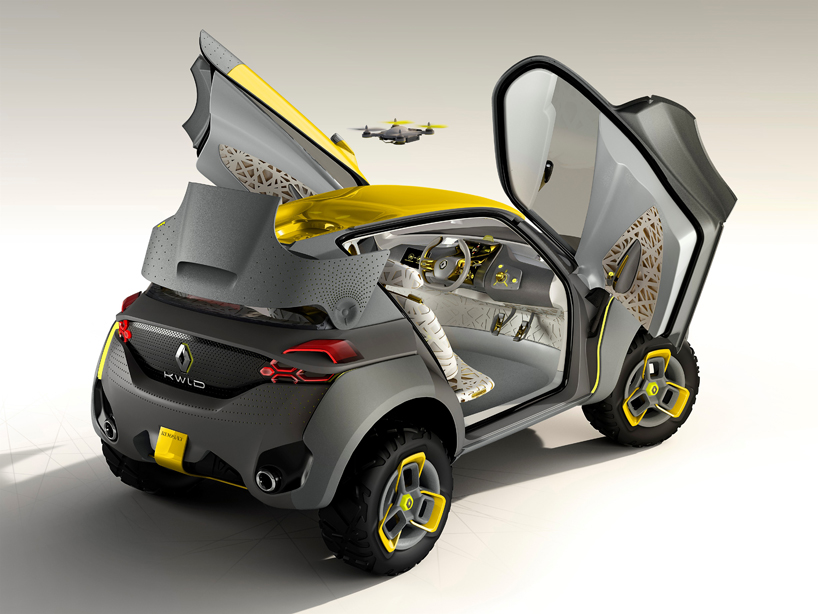 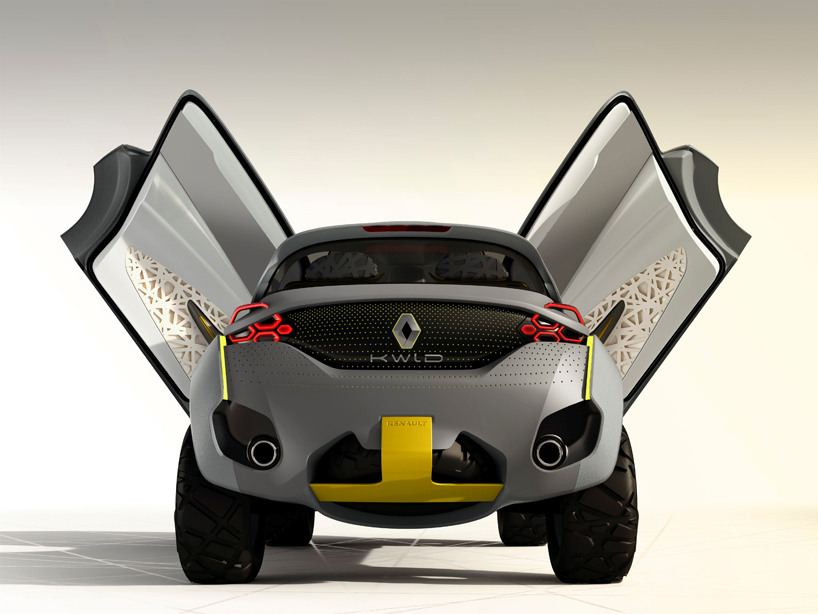 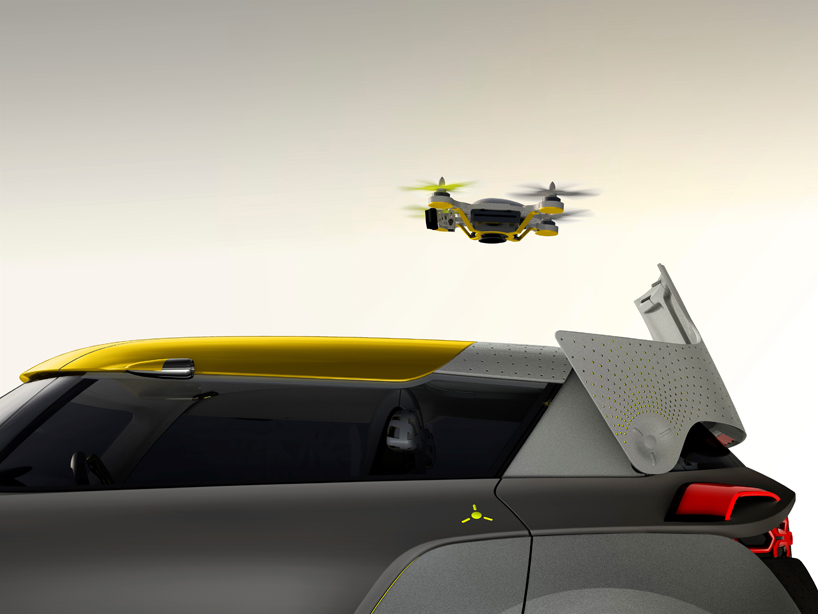 the vehicle’s seats are suspended over a solid base in white, with a 2-tone elastomer material 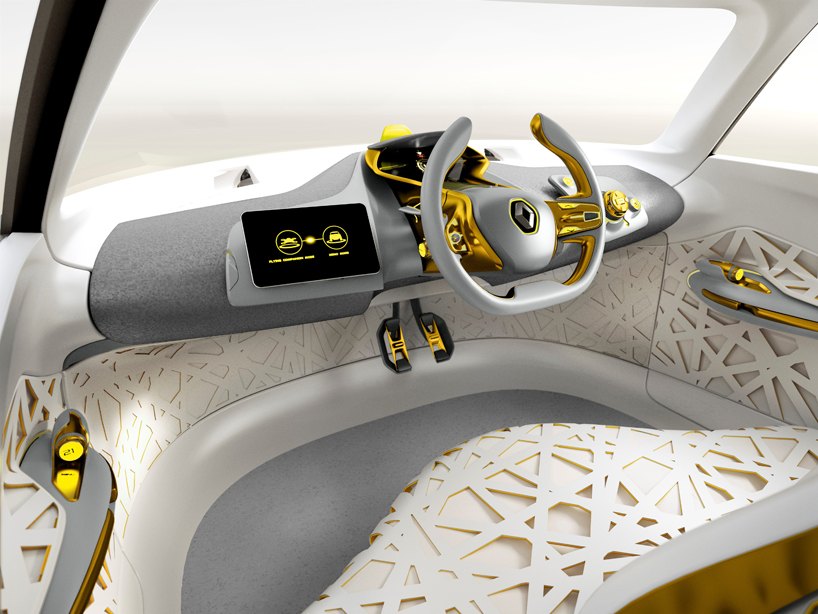 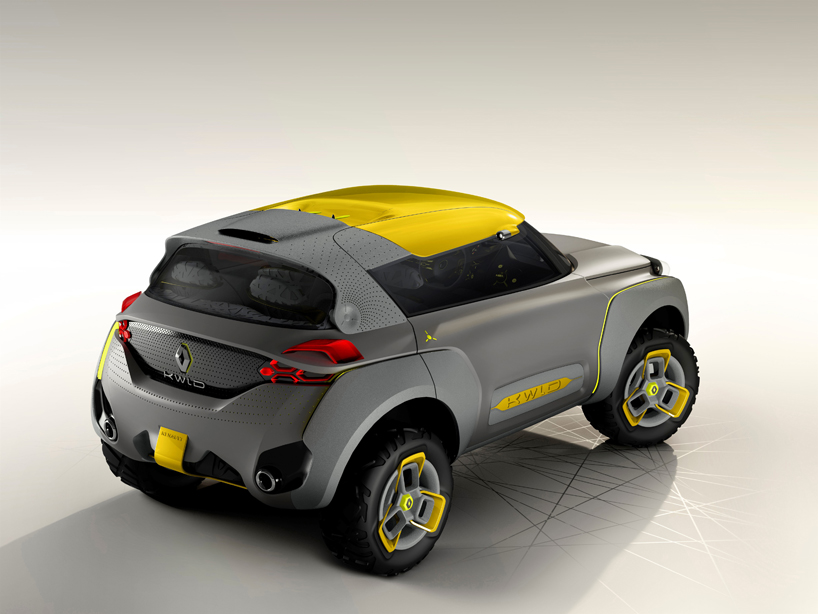 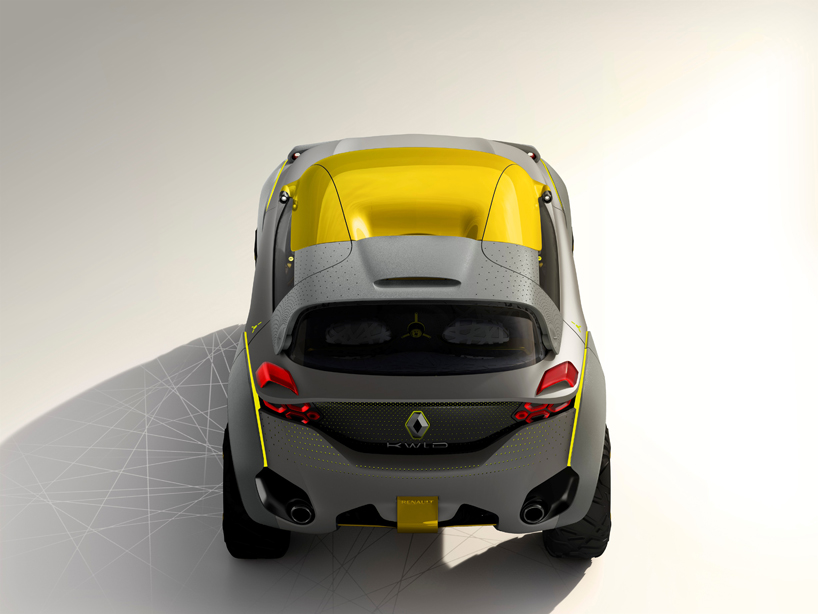 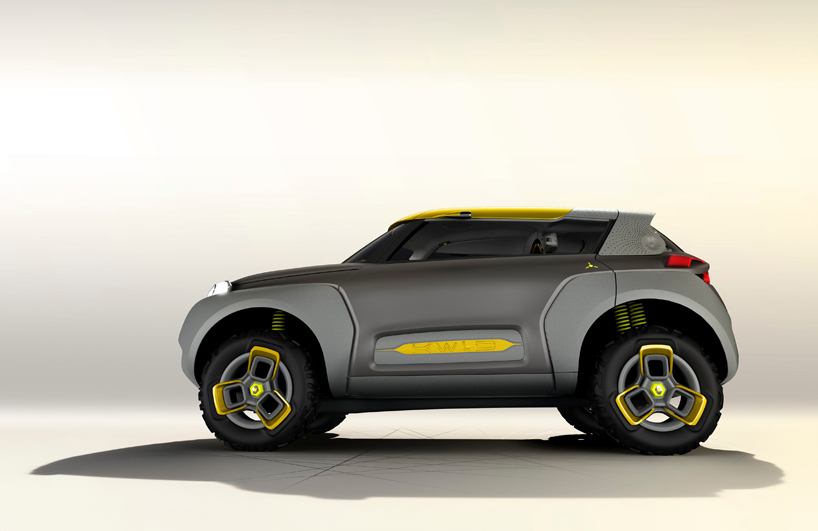