renault has announced the renault sport R.S. 01, a single seater GT racer influenced by the world of concept cars. with a carbon monocoque chassis weighing less than 1,100 kg and a centrally-mounted nismo V6 3.8L twin-turbo engine developing over 500 horsepower it reaches top speeds of over 300 km/h. like all the renault vehicles designed under the management of laurens van den acker, the renault sport R.S. 01 displays a prominent logo, the key feature on the front end. the vehicle’s wide stance of 2,000 mm is reinforced by the signature of the LED daytime-running lights positioned along the brake cooling scoops. 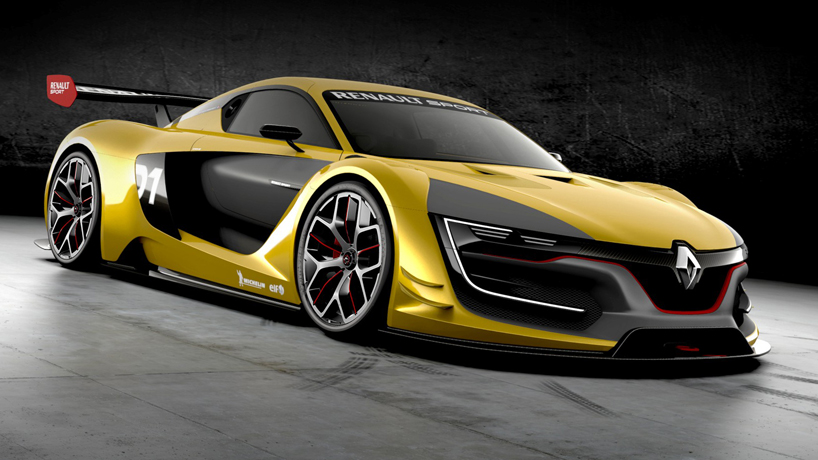 as a result of its aerodynamic design, renault sport R.S. 01 is able to achieve a level of performance comparable to a DTM race car. the CI (lift coefficient) and CDA (drag coefficient) are similar to those of a formula renault 3.5; at the top speed of 300 km/h, the vehicle produces 1.7 metric tons of downforce, which is the equivalent to that of a formula renault 3.5 single seater.

the sculpted lines of R.S. 01 reference the concept car dezir, presented in 2010 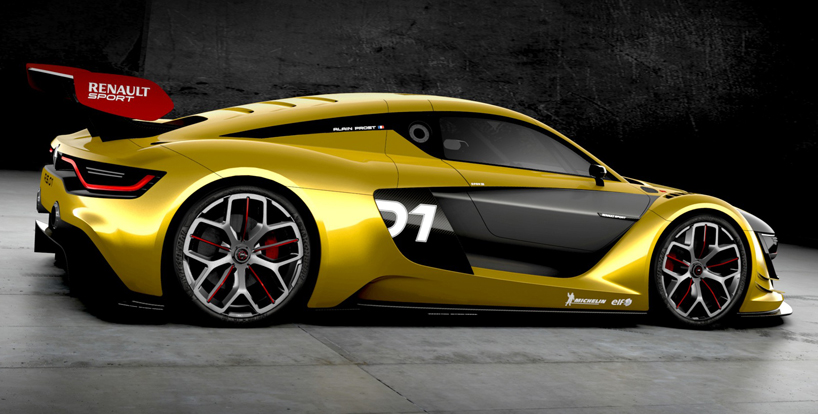 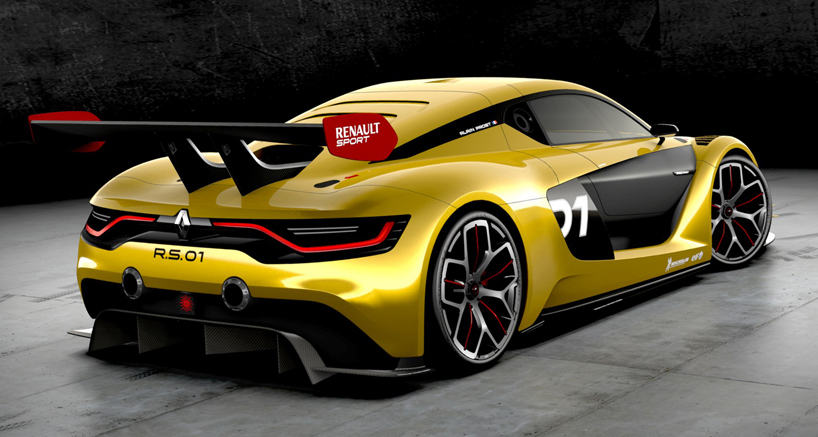