founded by industrial designer benoit mintiens, ressence used oil-filled chambers to re-characterize watch design with their latest version – ‘type 5’. the ‘residence orbital convex system’ features two separate sealed chambers  – one filled with oil as the other one filled with air. the upper half creates a visual effect called a ‘water drop’, where graphs appear to be projected onto the top crystal as if onto a screen. this results in superior legibility due to the bending of light, where the dials seem unimpeded by the glass. 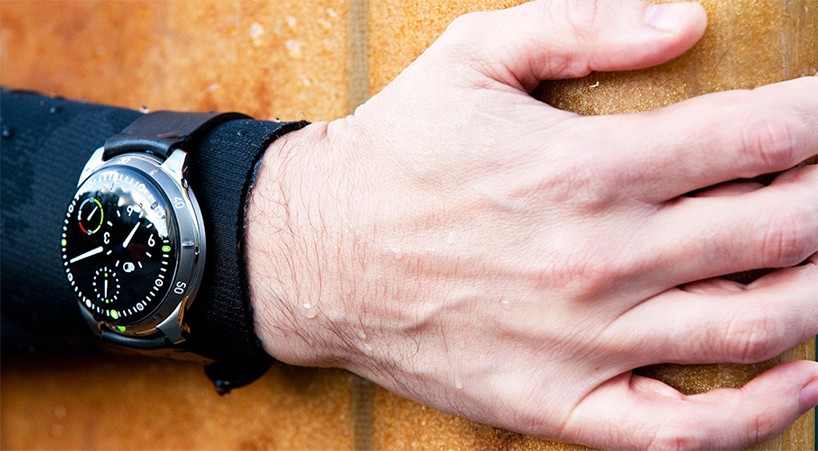 all images courtesy of ressence

‘type 5’ benefits most from the oil technology when underwater. since the laws of hydraulics state that a liquid cannot be compressed, the oil will compensate for underwater pressure. the 142 components inside the lightweight titanium construction are constantly lubricated and suspended in liquid, and require less power to move, which also improves accurate time-keeping. the ressence watch is designed to meet the ISO 6425 diving standards and is able to withstand extreme conditions. 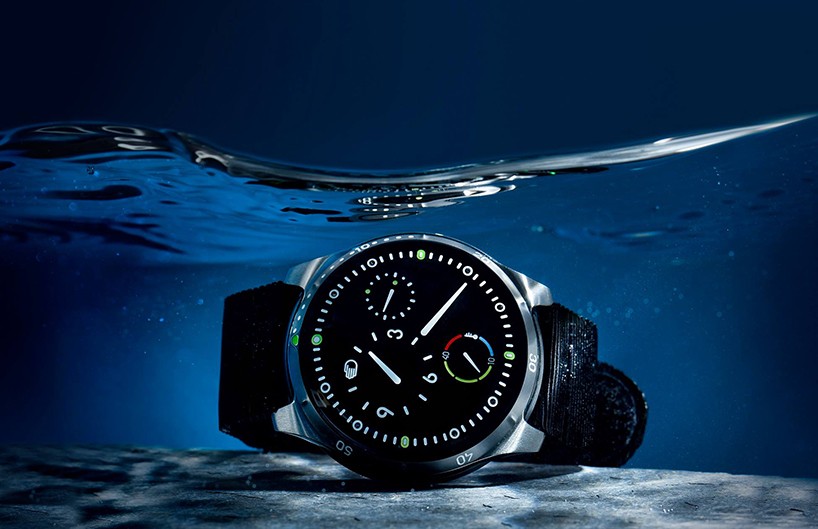 ‘type 5’ has no crown, but the case-back is used for both winding and setting the time of the watch. to ensure maximum water-resistance, the timepiece has a special compression lock system. the outcome of the ressence ‘type 5’ radical design is both ergonomic and considerably lighter than any traditional diver’s watch on the market. 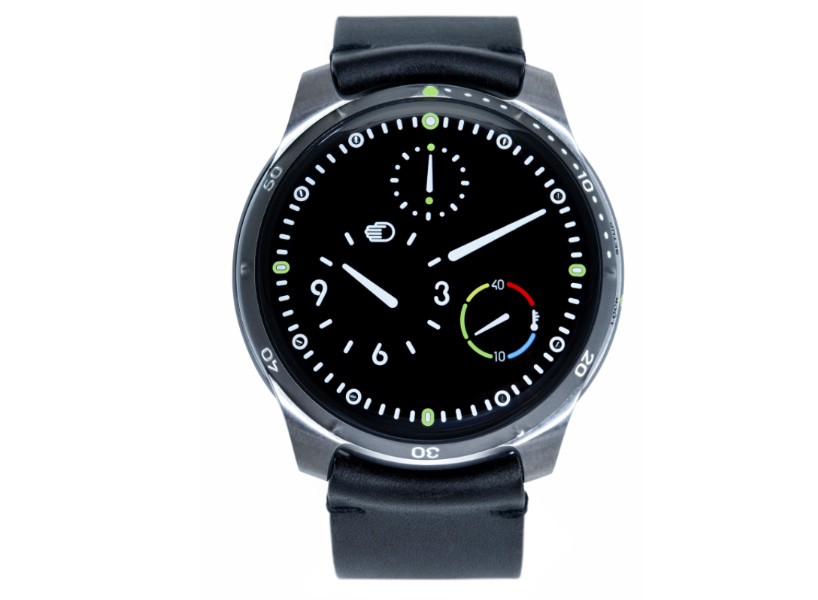 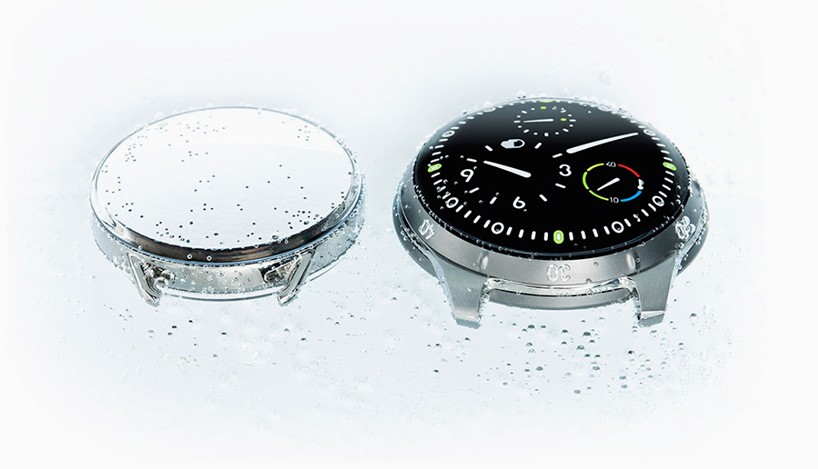 the watch face changes throughout the day 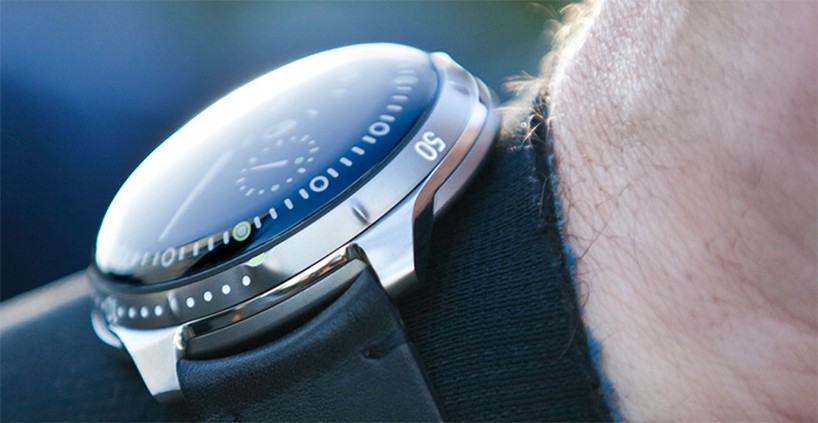 the case is made from lightweight titanium 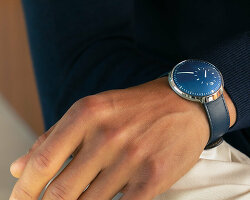