motorcycles get a lot of bad press for their environmental footprint. that’s why, when dutch designer ritsert mans has teamed up with scientist peter mooij, the duo wanted to create a ride that both looked and drove in a way that was harmonious with nature. their unconventional wooden motorbike gets all its power naturally—from algae oil—a fuel source that’s long been of interest to peter mooij. 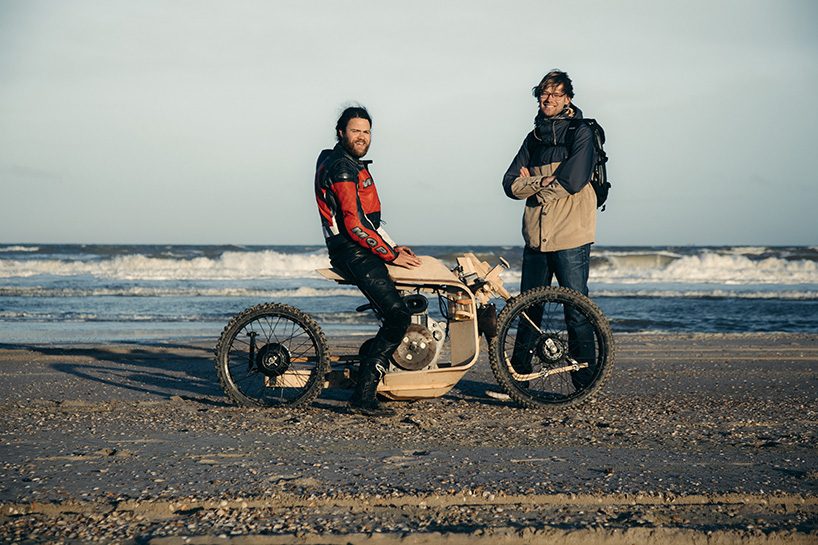 all images courtesy of ritsert mans/ photography by jesse kraal

‘peter developed a method for growing algae in a natural way, in salt water,’ explains ritsert mans. in order to demonstrate the power of this little-known fuel source, mans decided to create a bike powered by the stuff and designed in a way that was equally environmentally friendly. the idea behind the algae power and the design of the bike are underpinned by the same philosophy that the power of nature should be harnessed without being invaded or manipulated. 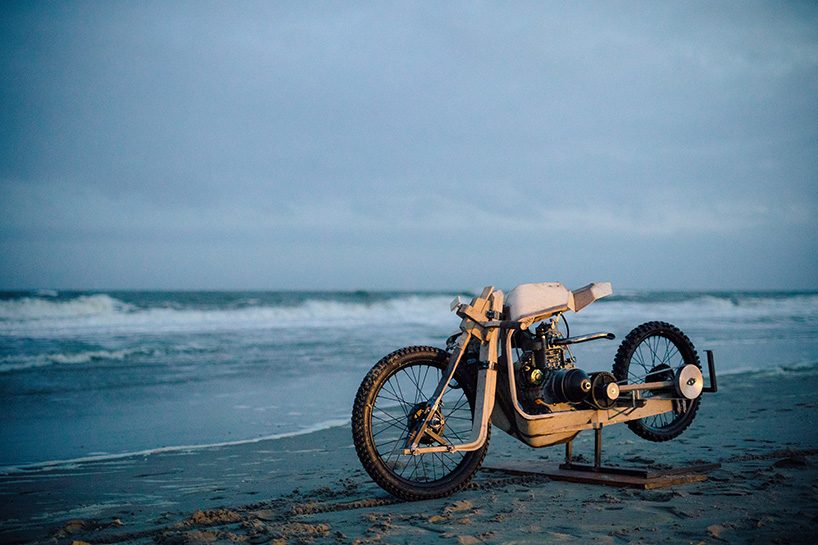 ‘for every part of the bike, I looked to what nature could provide me with,’ explains mans, who built the frame and springs with wood, using cork for the for the dampeners, and hemp for reinforcement. ‘even though the single-sided swingarm seems to a big contrast with the “prehistoric” material it is made of, it’s actually a full composite, with all sorts of directional fibers provided by nature.’ 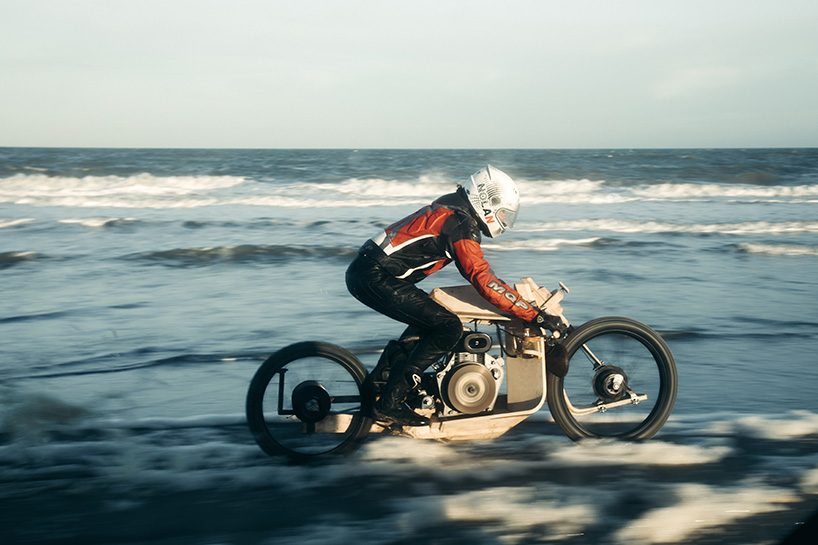 when it comes to the design process, mans’ organic approach still pervades. although he was educated as a designer, the wholistic bike-builder expains coyly that he does not even have a working computer, besides his smartphone. ‘5 years ago, I decided that for me, designing meant following my intuition,’ he elaborates, ‘instead of simulating my way through the design process.’ 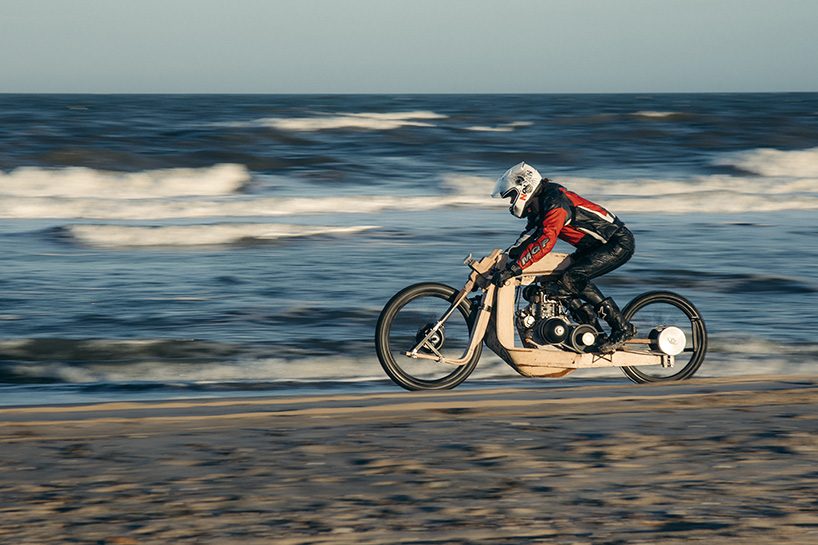 the idea underpinning the project was to showcase how algae oil could be potentially used in the future. ‘people don’t know what the world will look like in 30 years from now in terms of transportation and energy,’ mans continues. ‘but that uncertainty allows people to develop and build there own ideas.’ the duo have also written a book on the idea of algae as a natural power source, titled ‘die dikke alg’ meaning ‘the thick algae’ in english. 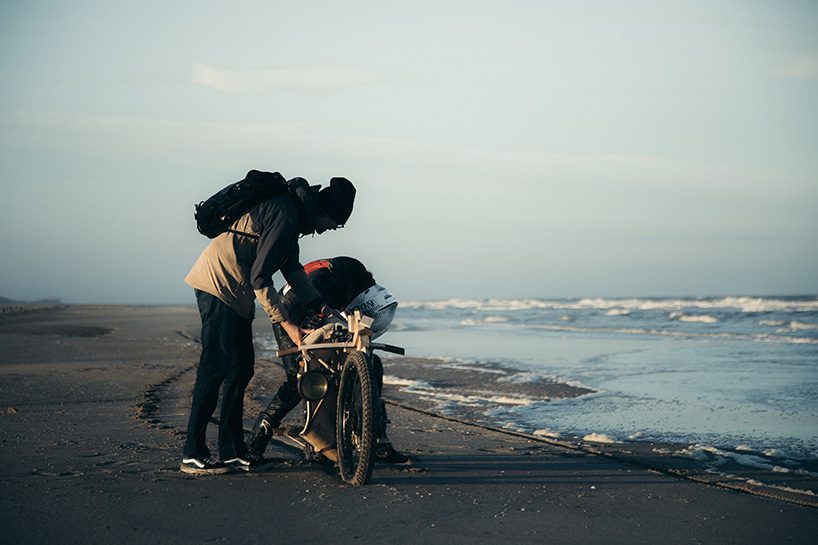 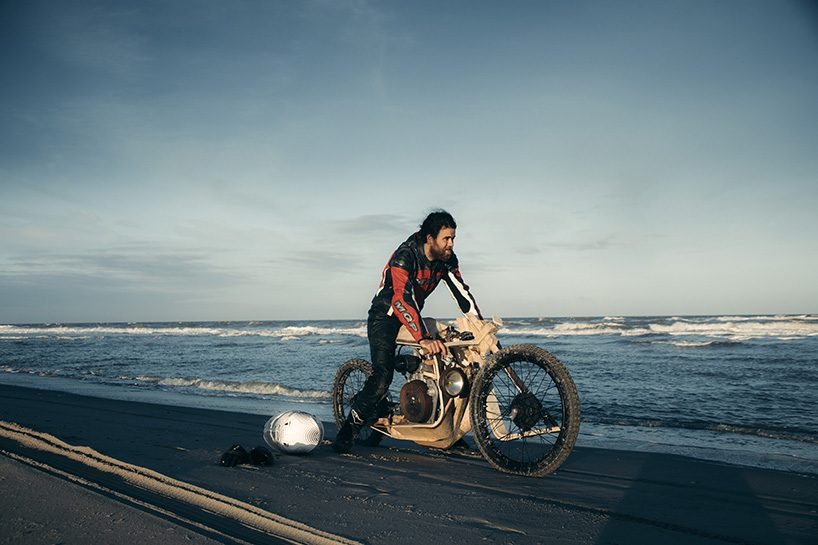 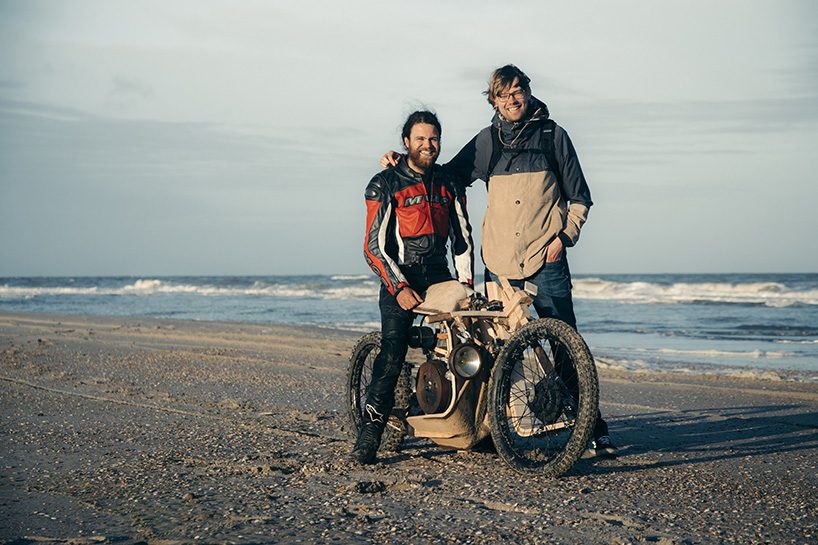