the expansive ‘reef’ which spans the wall image courtesy of rob ley, urbana

a design collaboration between by rob ley of urbana and joshua stein of radical craft, ‘reef’ is currently on show at the storefront for art and architecture. the installation uses shape memory alloys (SMAs), a category of metals that changes shape according to temperature. this technology offers the possibility of efficient, fluid movement without the mechanized motion of earlier technologies. ‘reef’ redefines the role of architecture by capitalizing on emerging material technology to imbue space with behavioral qualities. operating at a molecular level, the metal fins which make up ‘reef’ parallel the motions of plants and lower level organisms which are considered responsive but not conscious. they behave like a reef, covered with sea anemones which sway to the movement of the water, a responsive motion that this technology affords, negotiating between the public realms of urban space and the intimacy of the interior. 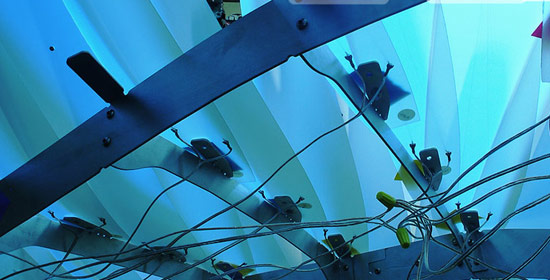 metal fins which move much like sunflowers that track the sun across the sky in a swaying motion image courtesy of rob ley, urbana 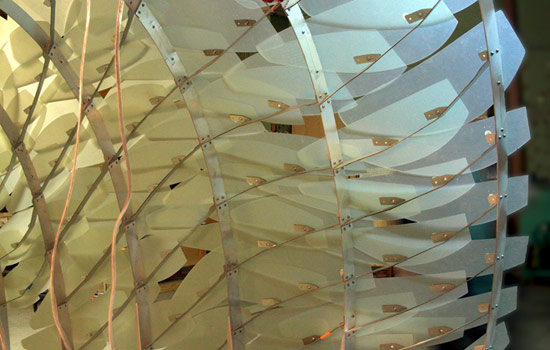 the systematic way in which the pieces are arranged image courtesy of joshua stein, radical craft 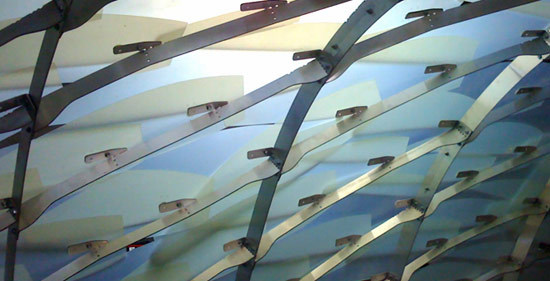 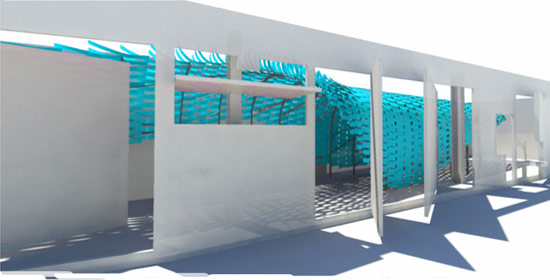 a rendering of how the ‘reef’ encompasses the interior space image courtesy of rob ley, urbana 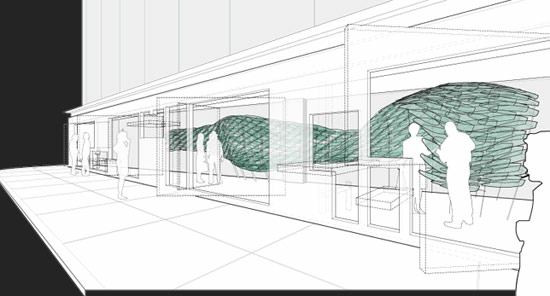 the ‘reef’ changes and interacts with the proportions of the storefront’s façade, progressing from a single surface to an enclosed vault that creates multiple layers of interactivity. image courtesy of rob ley, urbana 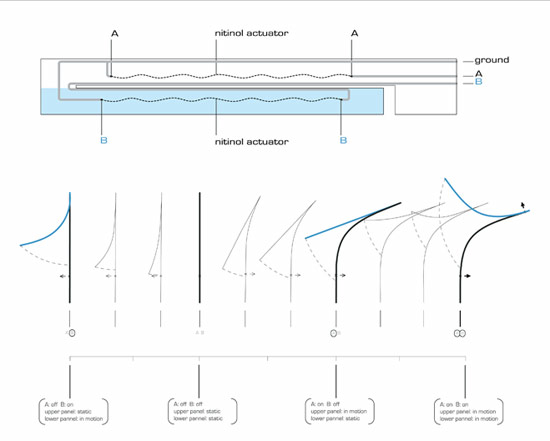 rob ley is the founding principal of urban, an architecture and design studio in los angeles. the firm engages current material and formal technologies to develop environments that respond to human inhabitation and experience. ley currently teaches graduate design studies and seminars at the southern california institute of architecture (SCI-arc).

joshua stein heads radical craft, a los angeles based studio that investigates urban and material patterns while focusing on the intersection of traditional craft and contemporary fabrication techniques. he has taught design studies and seminars at cornell university, SCI-arc, woodbury university and the milwaukee institute of art and design as well as fabrication workshops in barcelona, istanbul and krefeld. 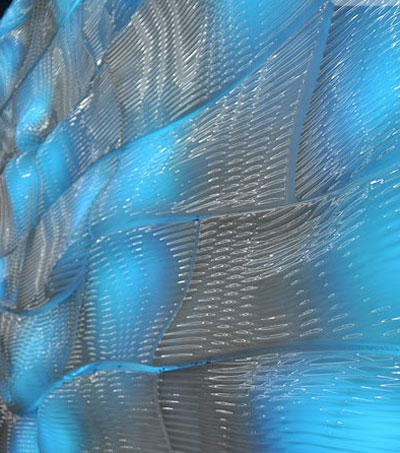