a group of researchers at ETH zurich’s computational robotics lab have created a robot that sculpts styrofoam just like an artist. dubbed the RoboCut, this robot uses hot-wire cutting — a subtractive fabrication technique used to carve foam and similar materials — to create models. usually, conventional machines rely on straight wires which limited them to creating piecewise ruled surfaces. RoboCut proposes a method that uses a dual-arm robot setup to actively control the shape of a flexible, heated rod as it cuts through the material.

the challenge when creating the RoboCut was to generate motions that deform the cutting wire in such way that the trajectories it sweeps approximate the target shape. the process starts with a big styrofoam cube and a coarse initial guess for the cut. a physics-based method then optimizes the surface swept by the deforming wire directly as a function of the robot’s motion and the cut is then applied to the piece. this process is repeated several times until the desired accuracy is reached. 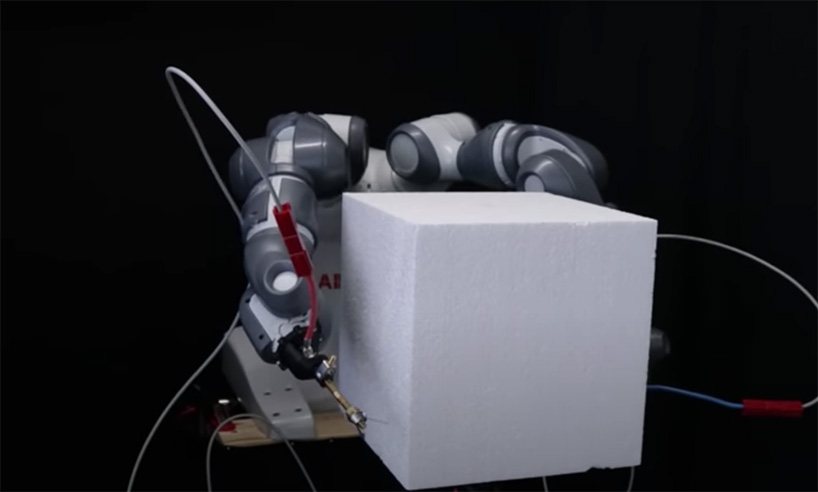 in order to make the RoboCut work, the problems solved were: 1) modeling the way in which the shape of the rod and the surface it sweeps are governed by the robot’s motions; 2) approximating a target shape through a sequence of surfaces swept by the equilibrium shape of an elastic rod; and 3) generating collision-free motion trajectories that lead the robot to create desired sweeps with the deformable tool. 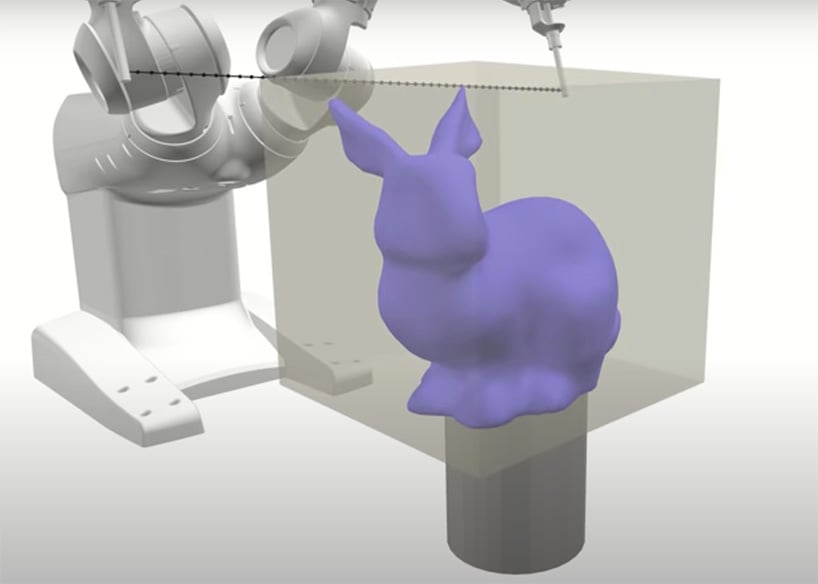 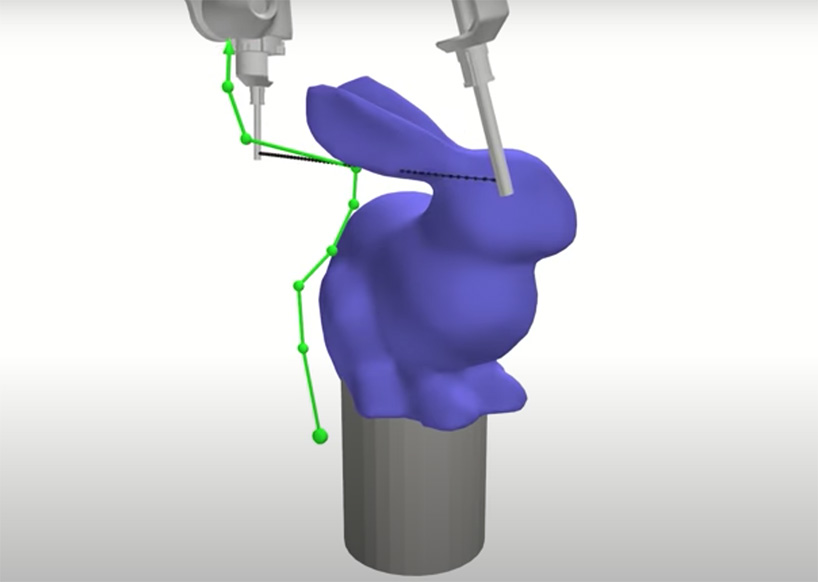 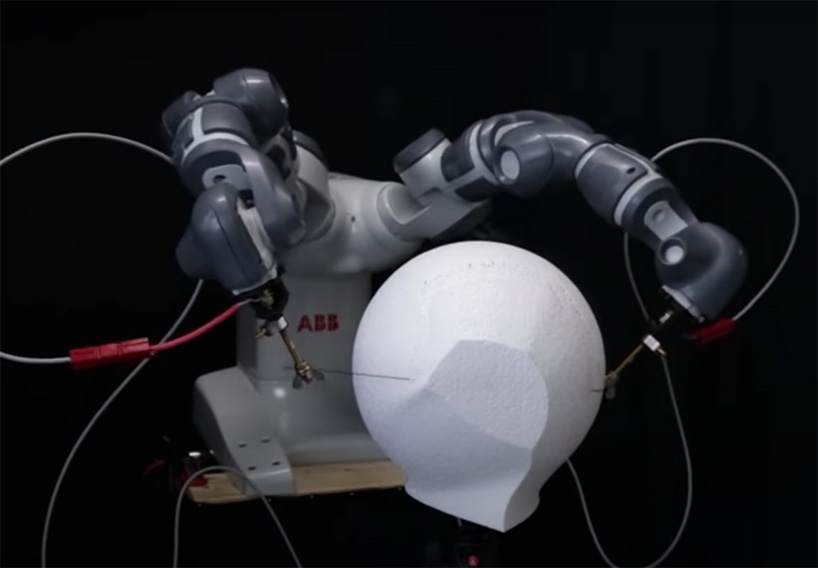 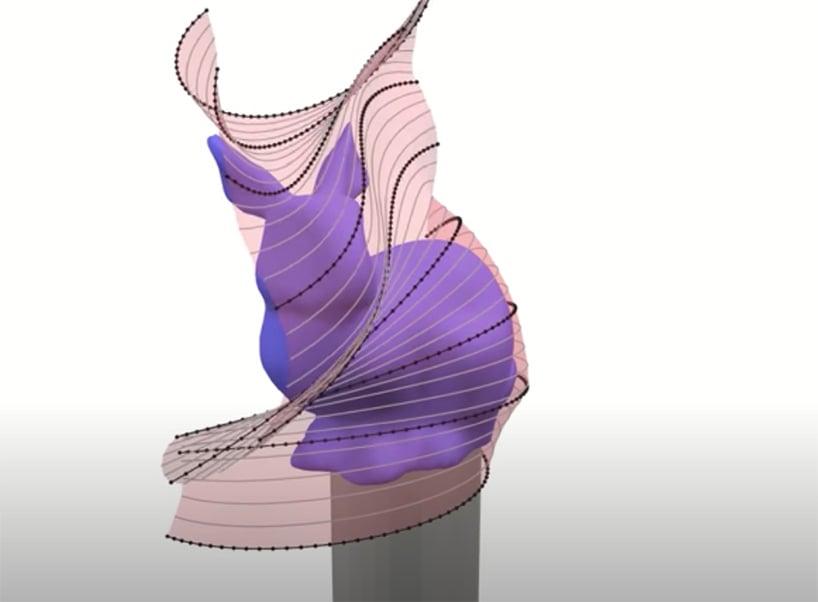 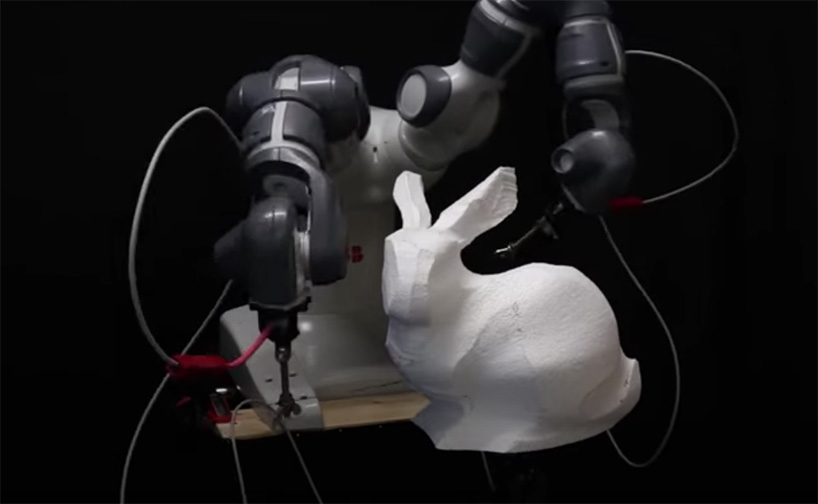 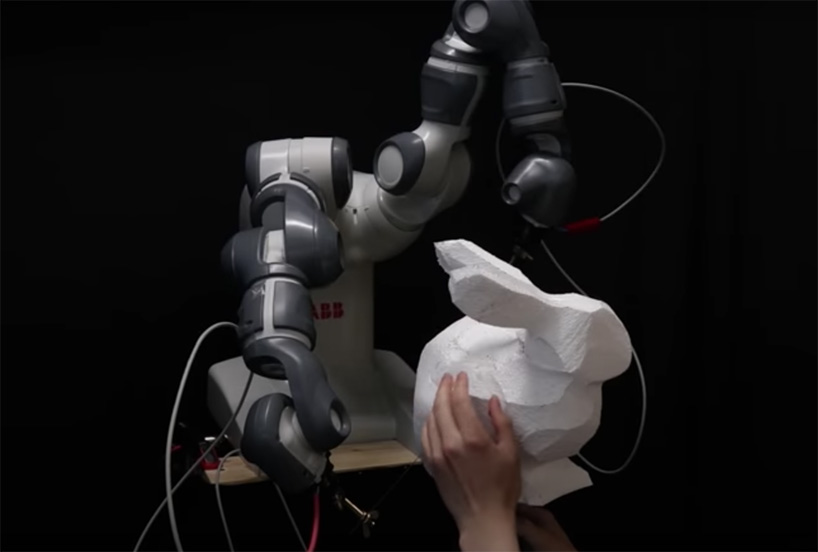 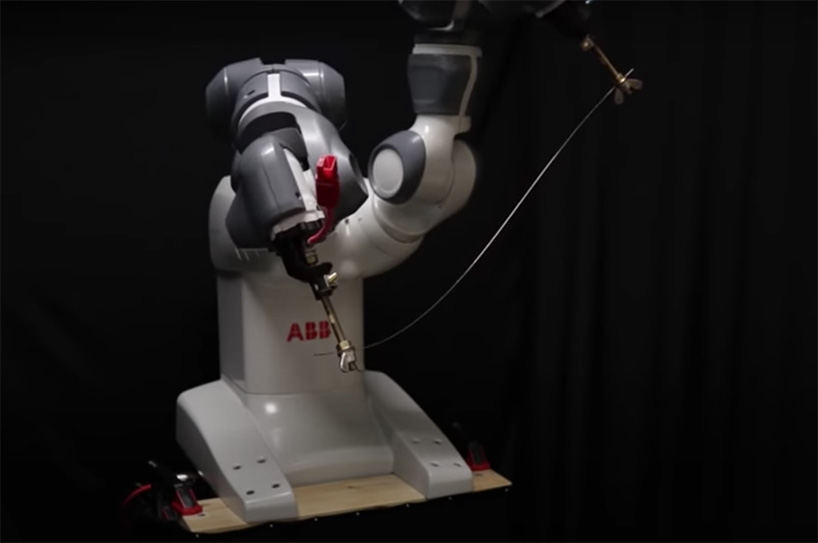 developed by: researchers at the computational robotics lab