RoMA joint project from MIT and cornell university hopes to provide a fast, precise, hands-on and in-situ modelling experience, improving the prototype phase of production. the arm is programmed to act according to the designer’s actions which may include rotating the platform on which the 3D model is being created. the robotic arm moves away from the user automatically and if the user steps away, the fabricator finishes the job independently. 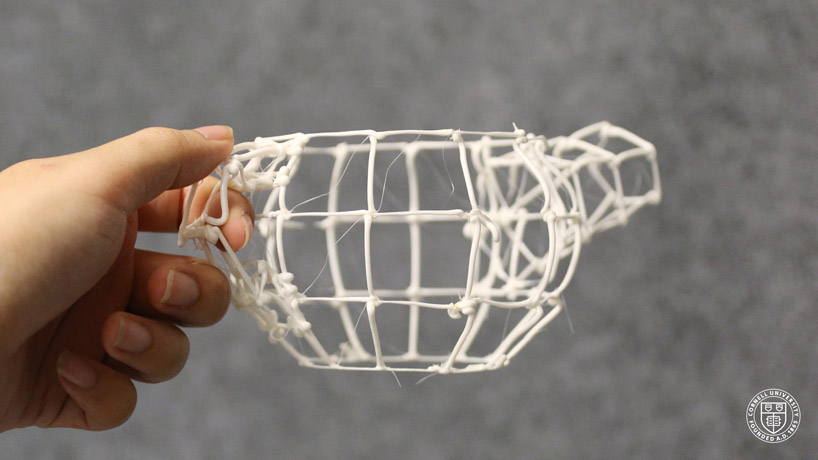 ‘with RoMA, users can integrate real-world constraints into a design rapidly, allowing them to create well-proportioned tangible artifacts,’ according to team leader, huaishu peng. ‘users can even directly design on and around an existing object, and extending the artefact by in-situ fabrication.‘ 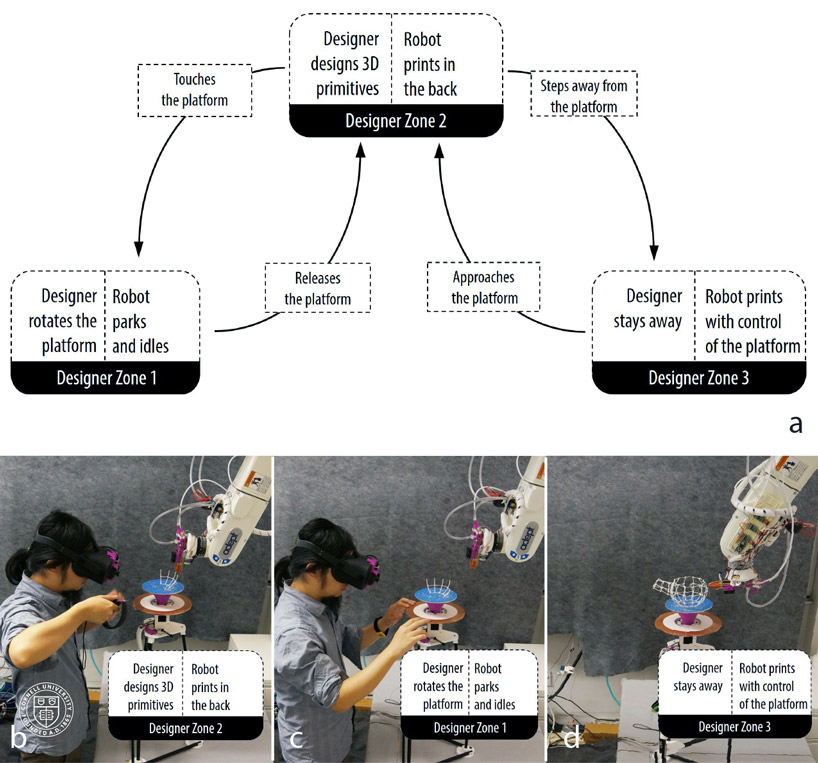 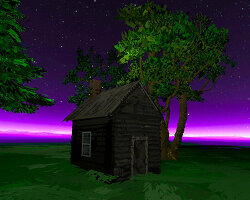 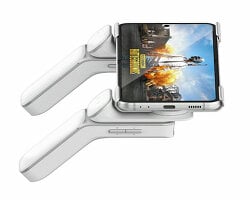