robotic insects of the future have lift off and this time there’s no need being tethered to the ground (remember robobee?). researchers at the university of washington have found a way of transmitting power to their much beloved robofly via laser beams, eliminating the need for a separate power supply. 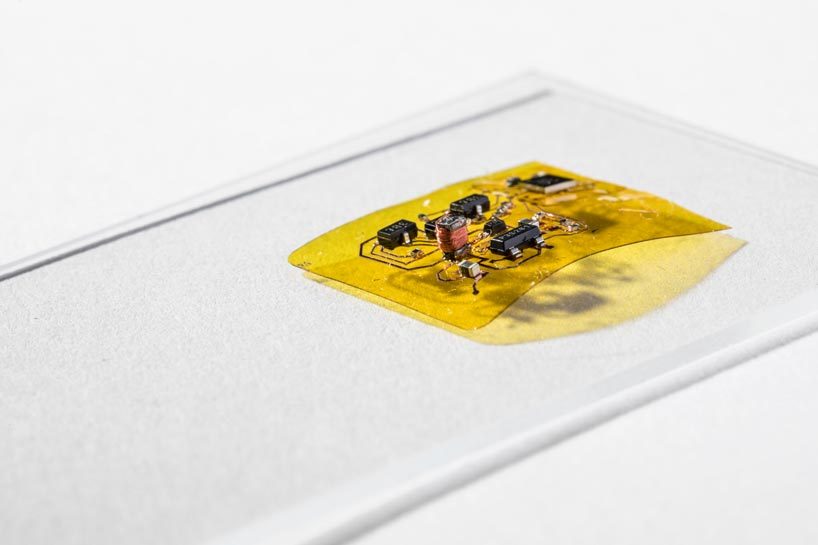 robofly is the weight of a toothpick and uses a tiny onboard circuit that converts the energy of an invisible laser beamed directly onto an onboard photovoltaic cell. the circuit boosts the power of the electricity generated at this point from seven volts to 240, enough to operate its wings. 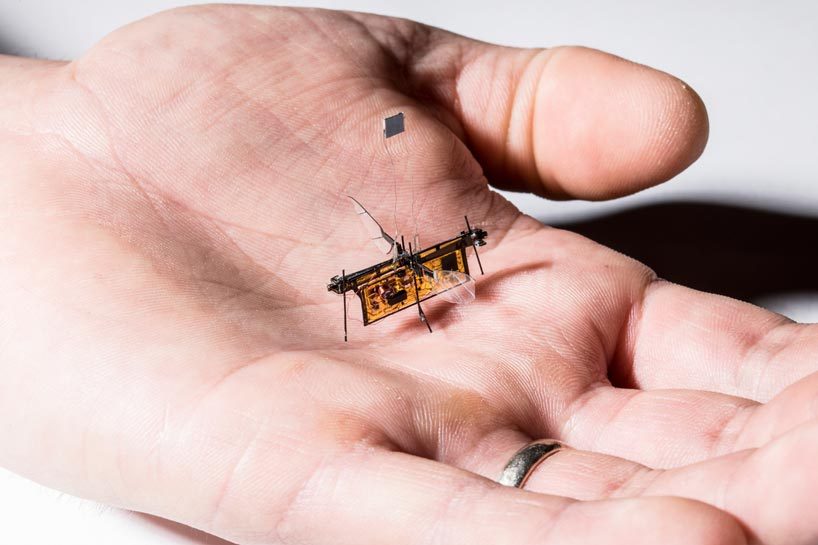 as well as cutting the cord researchers have added a brain, allowing the robotic insect to fly independently. ‘the micro-controller acts like a real fly’s brain telling wing muscles when to fire,’ said co-author vikram iyer. ‘on robofly, it tells the wings things like ‘flap hard now’ or ‘don’t flap.’‘ 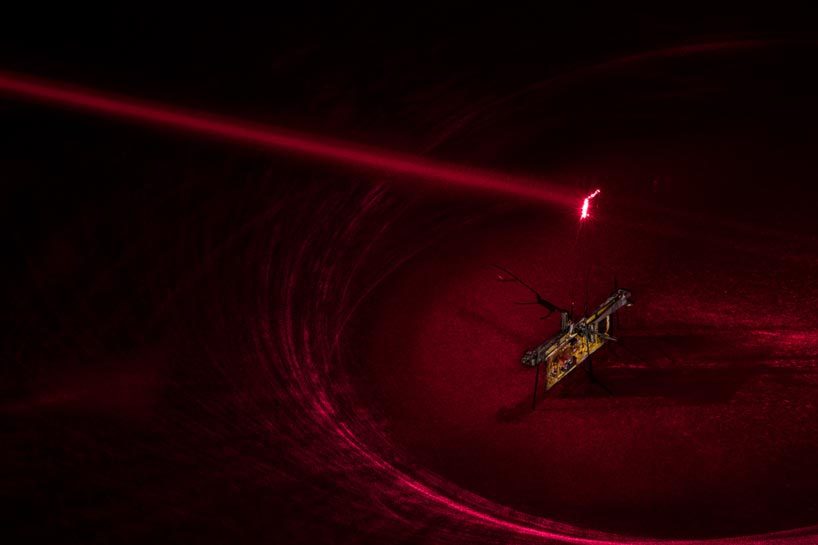 ‘before now, the concept of wireless insect-sized flying robots was science fiction. would we ever be able to make them work without needing a wire?‘ said co-author sawyer fuller, an assistant professor in the UW department of mechanical engineering. ‘our new wireless RoboFly shows they’re much closer to real life.’ the team is set to present its findings on may 23 at the international conference on robotics and automation in brisbane, australia.