swiss-based robotic systems lab has created a robot dog with the potential of keeping our streets clean. ALMA is a quadrupedal robot like boston dynamics’ spotmini but with an extra mechanical arm capable of performing a range of ‘manipulation tasks’.

ALMA, which stands for articulated locomotion and manipulation, can open doors easily using its three-pronged ‘hand’ which can extend, grip, and turn objects it employs. featured in a video published by robotic systems lab ALMA is shown holding a glass of water without spilling it, and helping a human to lift a box. 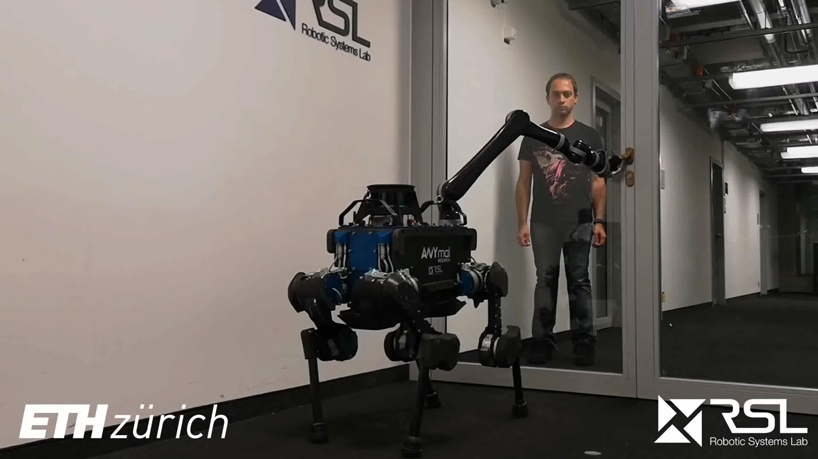 the team behind ALMA have also captured the four-legged robot helping to clear trash from around some small bushes. ALMA identifies a plastic bottle, picking it up with its robotic hand, before dropping it into a nearby trash can. with further development, the team hopes its creation can be used in disaster areas, surveying difficult-to-access areas, and delivering emergency supplies. in the mean time boston dynamics plans to commercialize its spotmini robo-dog, with the first ones set to go on sale in 2019. 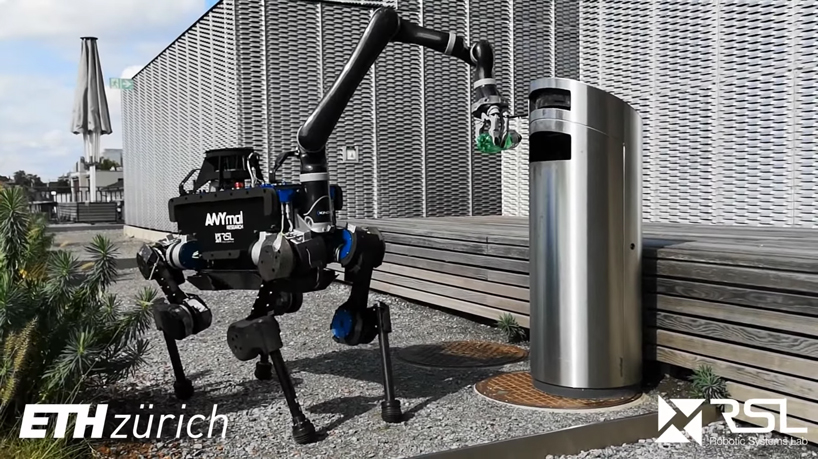