japanese manufacturer roland has teamed up with kodo, an acclaimed taiko performing arts group, to create the world’s first electronic japanese taiko. built to coincide with the 2020 summer olympics in tokyo, the TAIKO-1 is based on a traditional drum known as ‘katsugi okedo daiko’, which is slung over the shoulder. 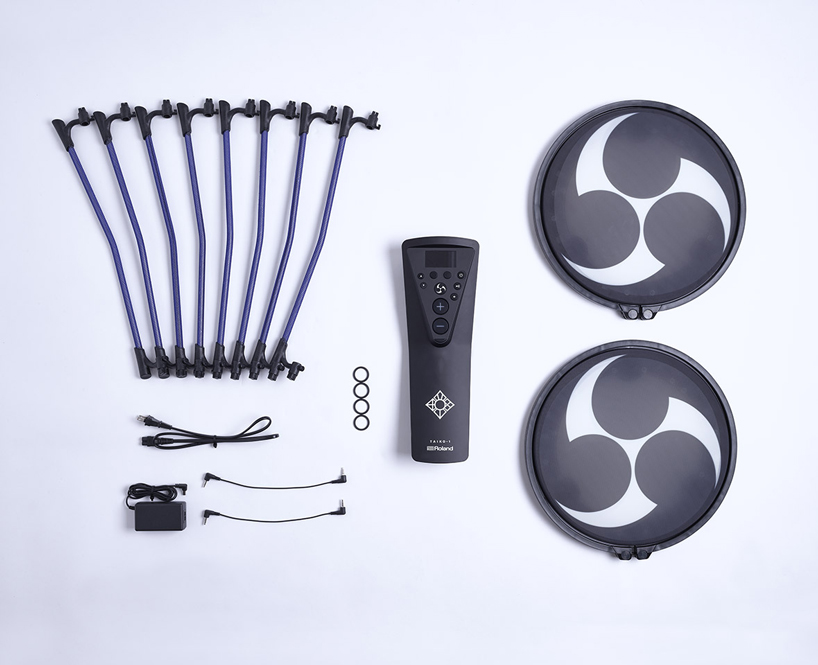 while japan’s historic taiko drumming tradition dates back 1400 years, the style known today has a relatively short history, beginning in the 1950’s. taiko involves a lot of choreographed movement and loud playing, which is why roland developed the TAIKO-1 — to help drummers practice at home in near silence. 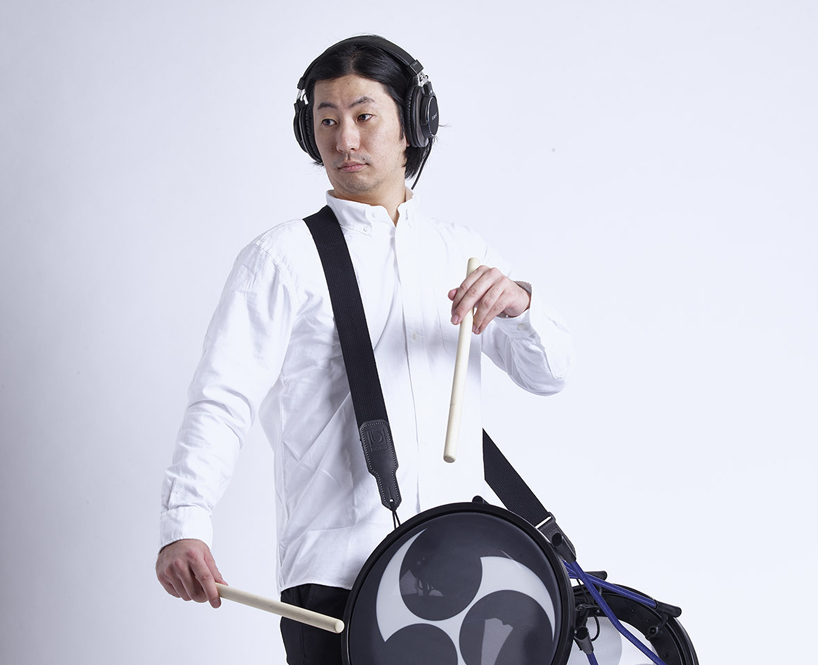 rather than rubber, the TAIKO-1 has 14-inch mesh heads at the top and at the bottom, which recreate the flexible feel of drum skin. it uses an electronic drum module in between that lets users play in near silence, whilst helping to perfect rhythm with built-in practice modules and accompaniments. 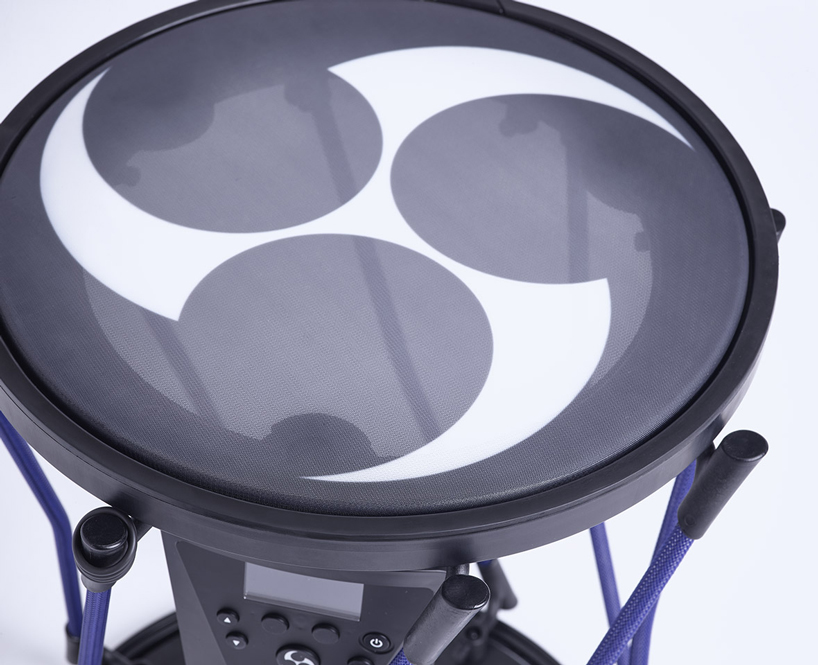 the TAIKO-1 has two zones on either side that trigger different sounds, with the center making deep staccato hits and the edges creating longer, more high-pitched notes. it also has bluetooth connectivity that allows users to play along to smartphone-hosted music, as well as an onboard library of traditional drum samples for timing practice and performance accompaniment. 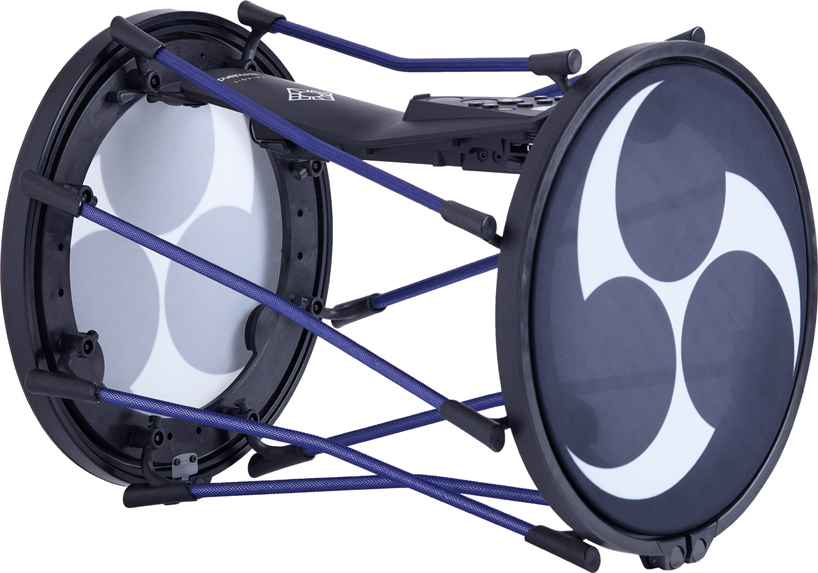 users can keep track of what’s going on via a 128 x 64-dot LCD display. there’s also a headphone jack, a 0.25-inch output jack, a trigger input connector, two foot pedal ports and a usb port. bluetooth 4.2 caters allow for backing tracks and the module can be powered by eight AA-sized batteries for playing on the go. 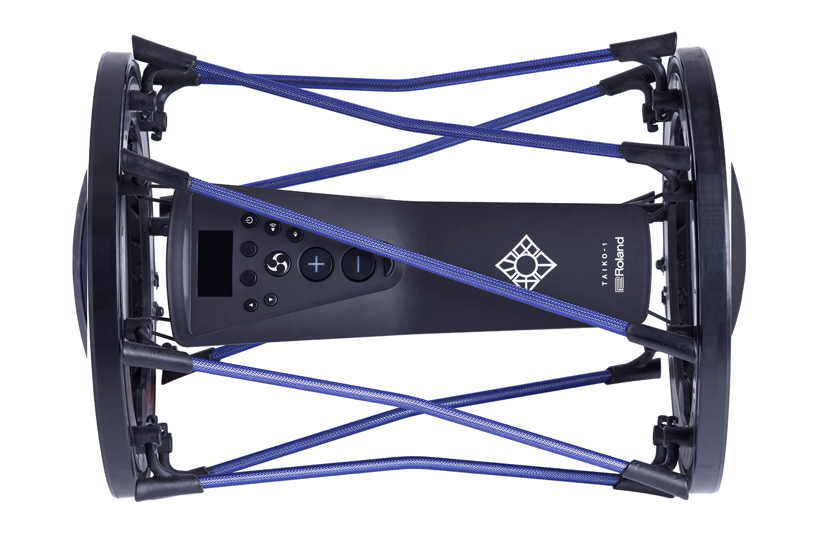 development of the electronic taiko started in 2016, which eventually led to roland’s first prototype in 2017. in the same year, it demonstrated the instrument at a special performance as part of the international arts & culture festival, earth celebration. it’s latest edition, the TAIKO-1, goes on sale in july for USD$1,500. 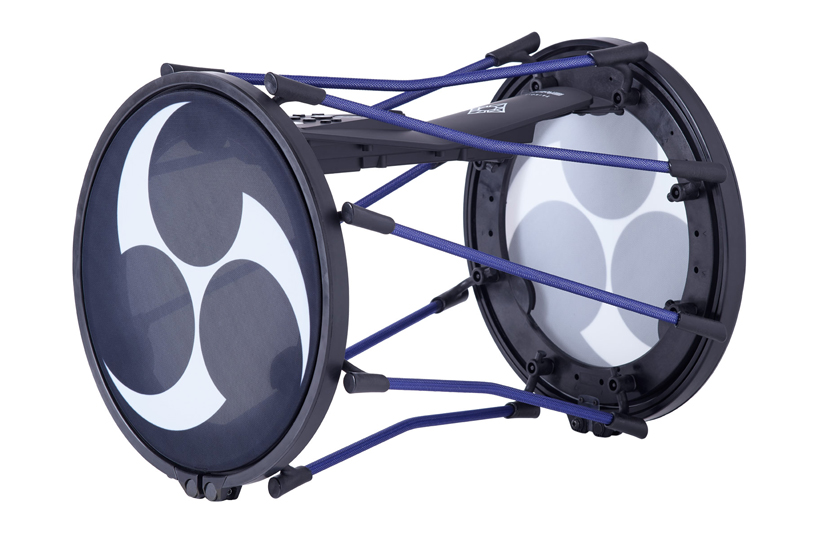 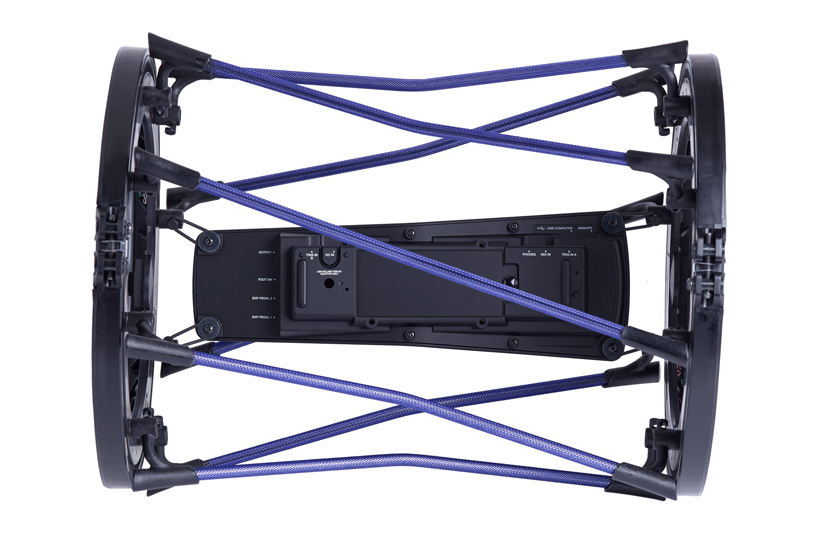 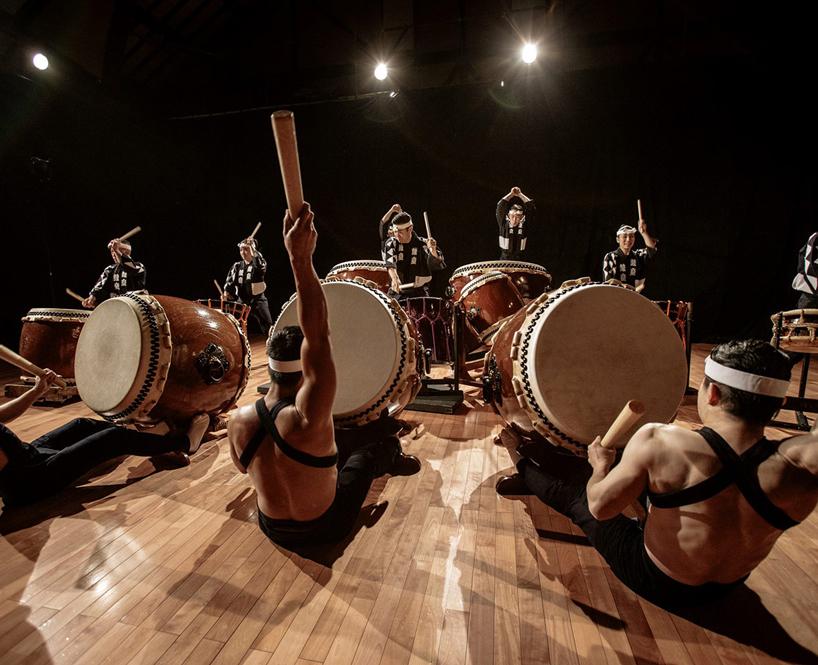 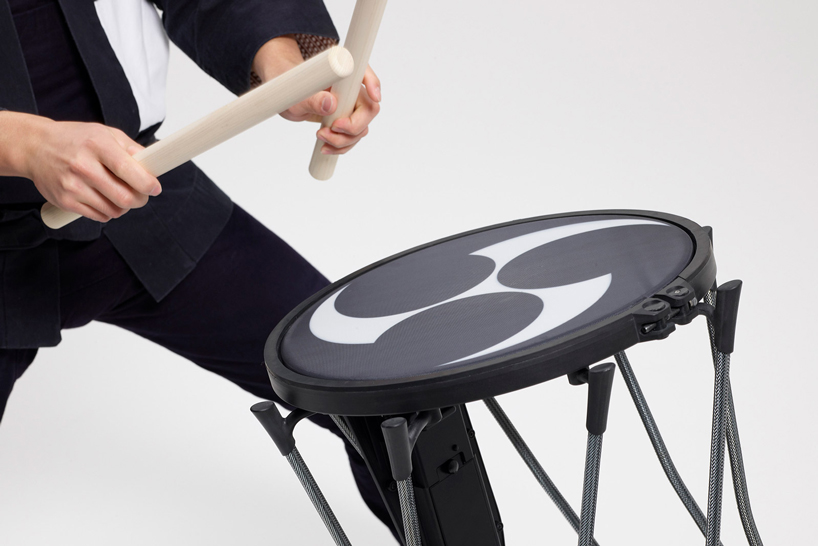