Rolls-Royce and easyJet have set a new aviation milestone with the successful first run of a modern, hydrogen-powered aero engine. The ground test was conducted on an early concept demonstrator using green hydrogen created by wind and tidal power, marking a major step towards proving that hydrogen could be a zero-carbon aviation fuel of the future. This is also a key proof point in the 2050 decarbonization strategies set out by both companies. A second round of testing is already on the horizon, with a longer-term ambition to carry out flight tests on civil jet engines.

‘The success of this hydrogen test is an exciting milestone. We only announced our partnership with easyJet in July, and we are already off to an incredible start with this landmark achievement. We are pushing the boundaries to discover the zero carbon possibilities of hydrogen, which could help reshape the future of flight,’ comments Grazia Vittadini, Chief Technology Officer at Rolls-Royce. 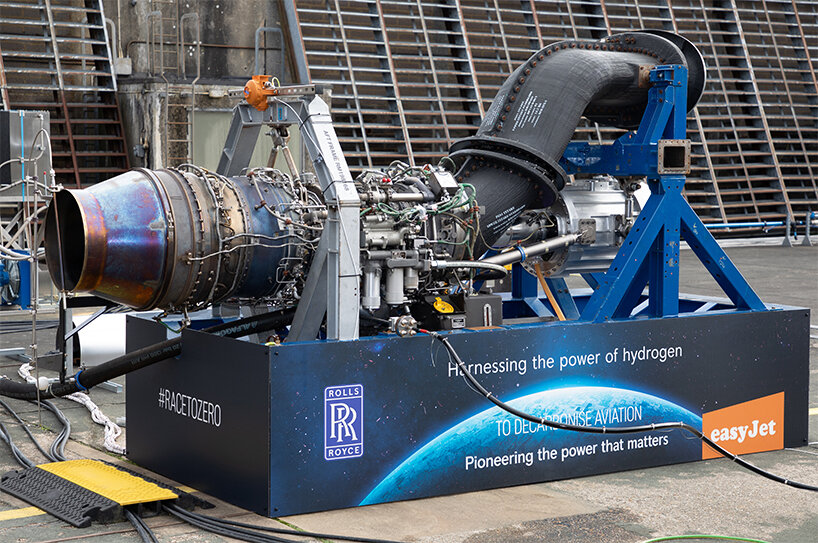 all images courtesy of Rolls-Royce

Following this early concept ground test, the partnership plans to develop its rig tests, leading to a full-scale ground test of a Rolls-Royce Pearl 15 jet engine. ‘This is a real success for our partnership team. We are committed to continuing to support this ground-breaking research because hydrogen offers great possibilities for a range of aircraft, including easyJet-sized aircraft. That will be a huge step forward in meeting the challenge of net zero by 2050,’ shares Johan Lundgren, CEO of easyJet. 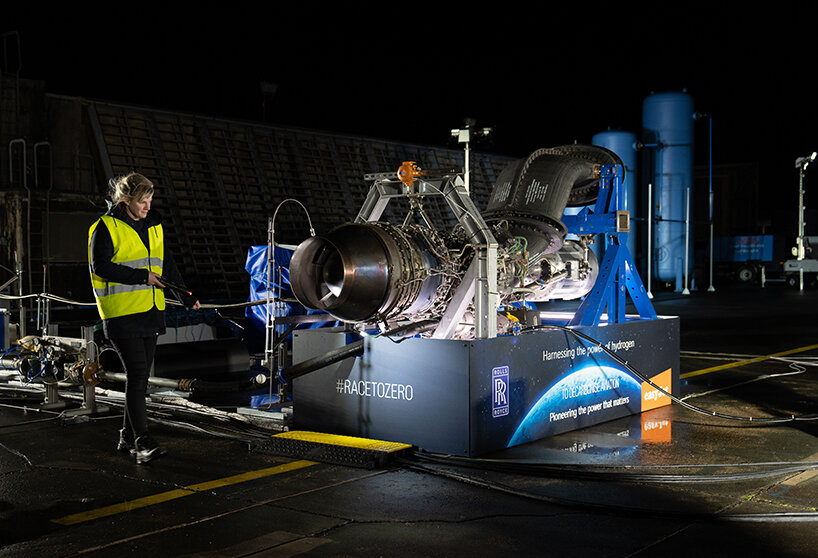 To produce hydrogen, the team resorted to a process known as steam-methane reforming (SMR), whereby natural gas is heated with steam to have a mixture of carbon monoxide and hydrogen, with a small amount of carbon dioxide released. This chemical reaction is powered solely by clean energy (wind and tidal power) and holds great promise in accelerating zero-carbon aviation technology.

‘The UK is leading the global shift to guilt-free flying, and today’s test by Rolls-Royce and easyJet is an exciting demonstration of how business innovation can transform the way we live our lives. This is a true British success story, with the hydrogen being used to power the jet engine today produced using tidal and wind energy from the Orkney Islands of Scotland – and is a prime example of how we can work together to make aviation cleaner while driving jobs across the country,’ concludes Grant Shapps, Secretary of State for Business, Energy and Industrial Strategy. 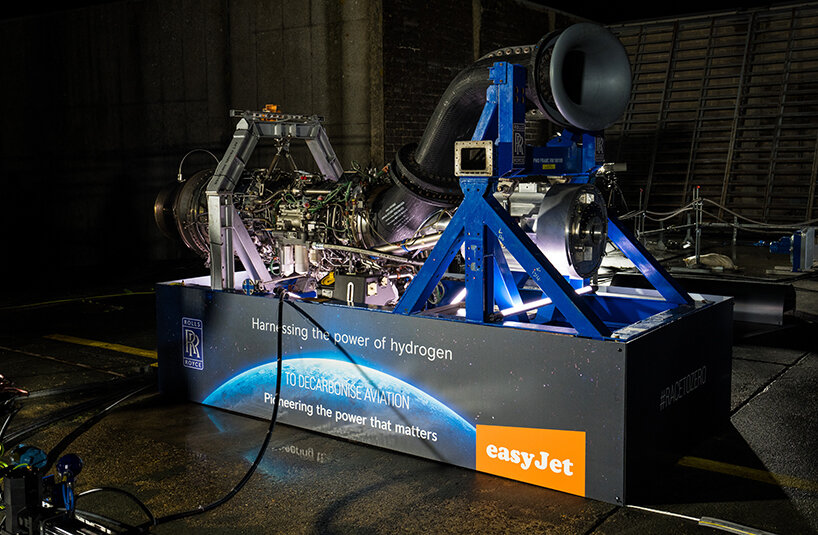 this project is part of a #RacetoZero campaign 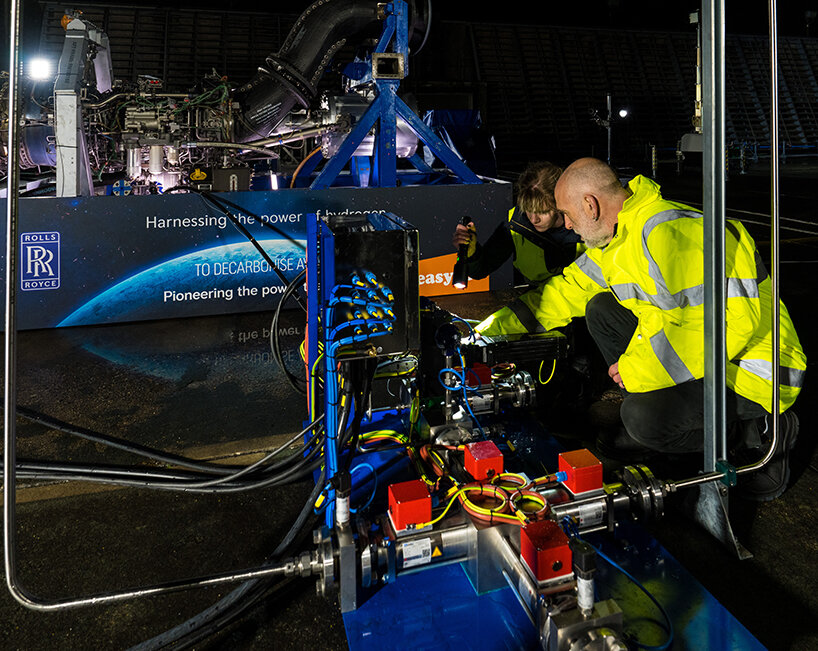 the test took place at an outdoor facility at MoD Boscombe Down, UK 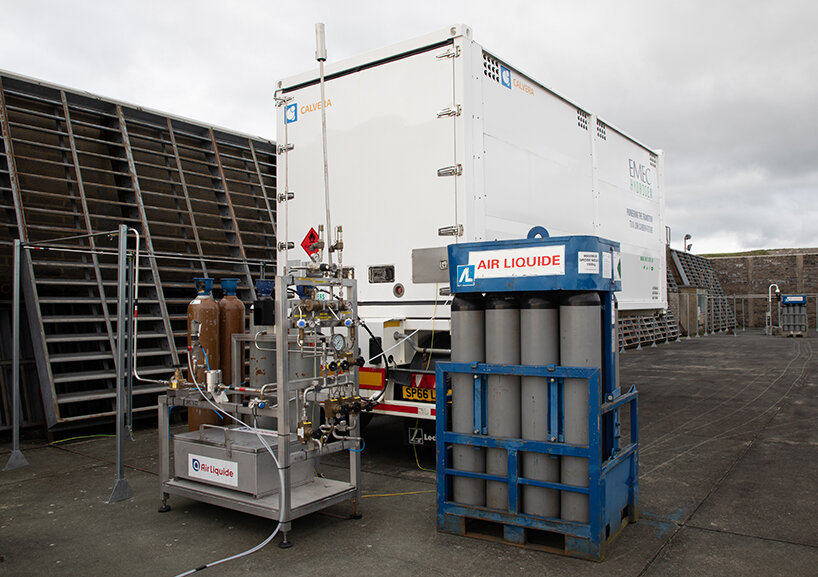 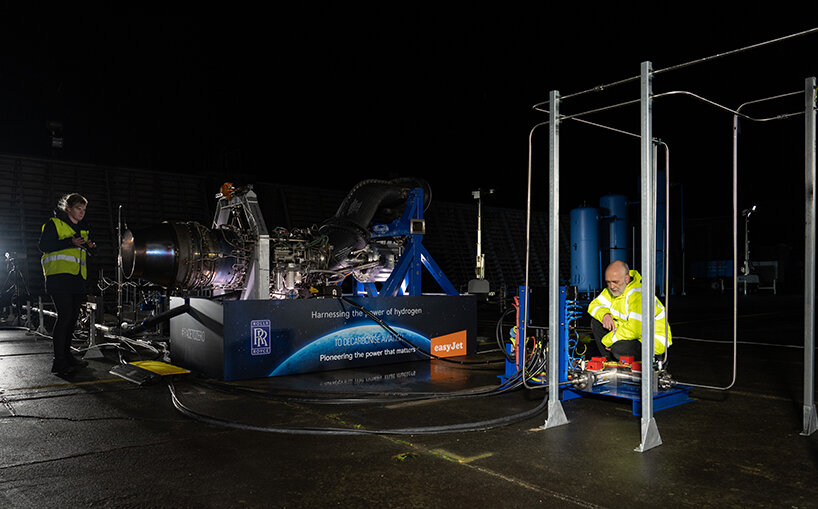 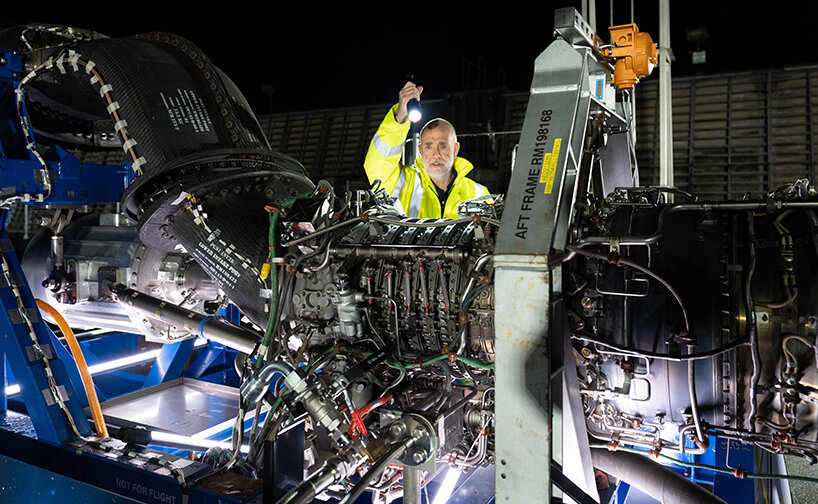 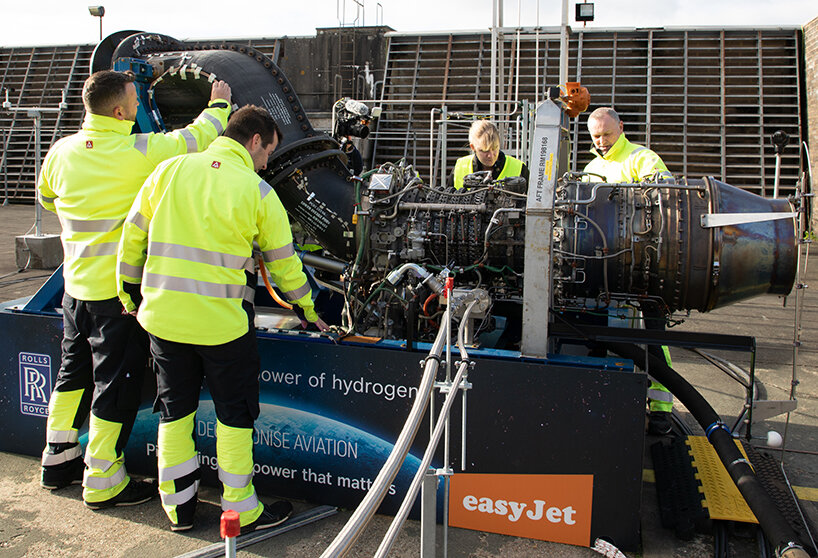