rolls-royce has unveiled what it hopes will be the world’s fastest all-electric aeroplane. the british luxury automobile maker unveiled the single-passenger, zero-emissions ACCEL project plane at the gloucestershire airport in england, which is predicted to reach a top speed of over 300 mph (480 km/h) early next year. 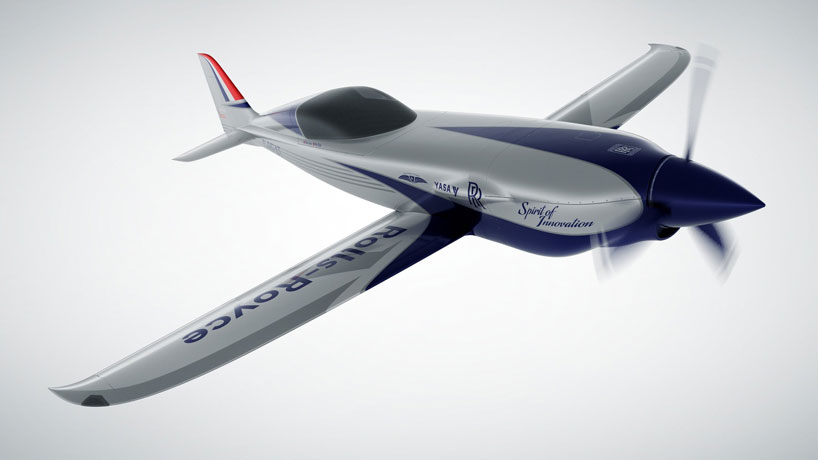 the plane is part of a rolls-royce initiative called ACCEL – short for ‘accelerating the electrification of flight’ and is a key part of rolls-royce’s strategy to champion electrification. the project involves a host of partners including electric motor and controller manufacturer YASA and the aviation start- up electroflight. half of the project’s funding is provided by the aerospace technology institute (ATI), in partnership with the department for business, energy & industrial strategy and innovate UK. 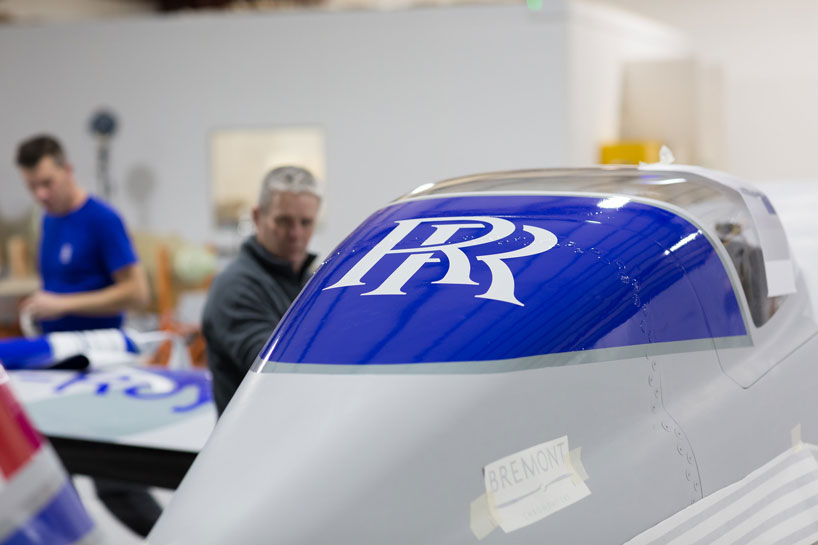 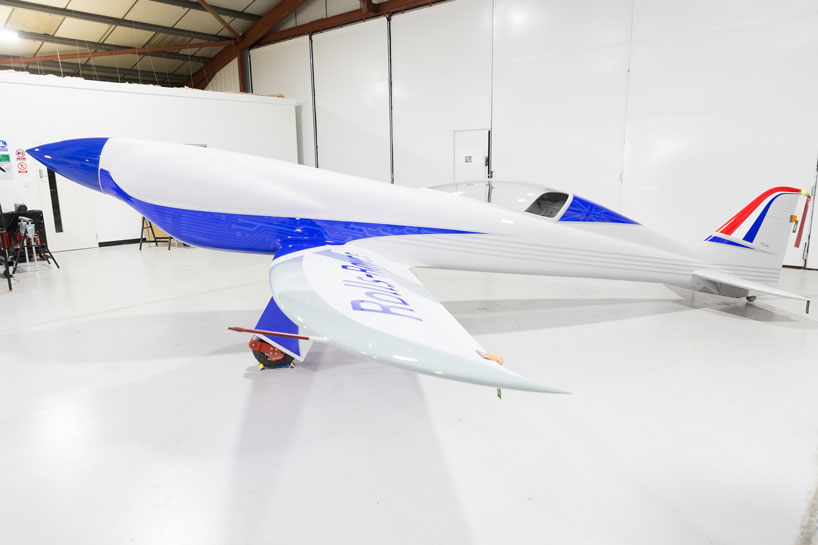 ACCEL will have the most power-dense battery pack ever assembled for an aircraft, providing enough energy to fuel 250 homes or fly 200 miles (london to paris) on a single charge. its 6,000 cells are packaged to minimise weight and maximise thermal protection. an advanced cooling system ensures optimum performance by directly cooling cells during the high-power record runs. 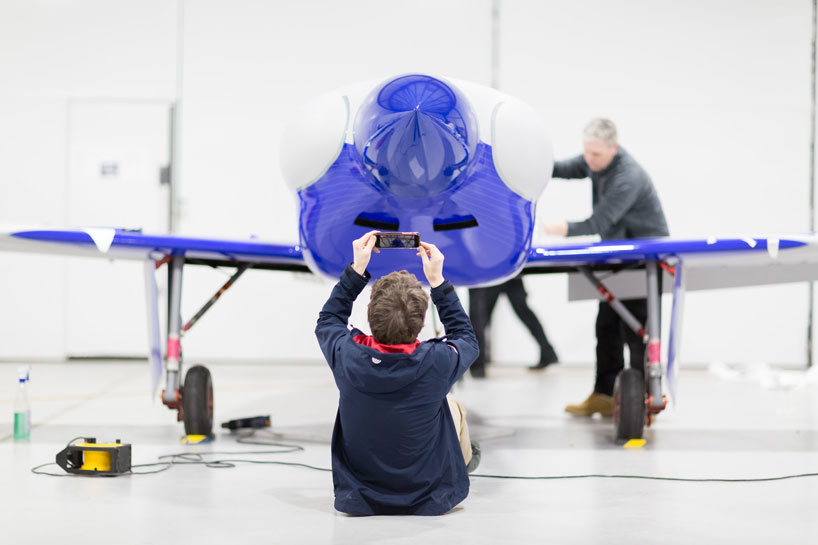 ‘the UK has a proud heritage and enviable worldwide reputation for advances in aviation technology,’ business minister nadhim zahawi said. ‘the electrification of flight has the potential to revolutionise the way we travel and transform aviation for decades to come – ensuring we can travel worldwide while maintaining a low carbon footprint. backed by government funding, rolls-royce is pushing the boundaries even further, and this new innovation could become the fastest electric plane ever.’ 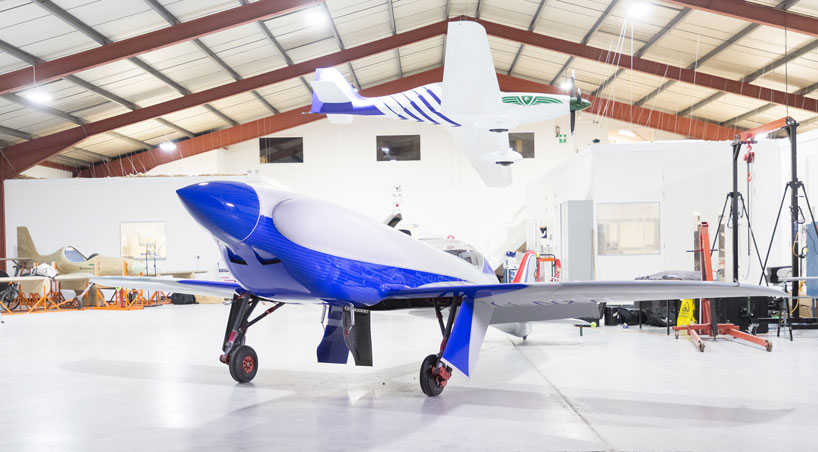 ‘building the world’s fastest all-electric aircraft is nothing less than a revolutionary step change in aviation and we are delighted to unveil the ACCEL project plane,’ rob watson, director of rolls-royce electrical said. ‘this is not only an important step towards the world-record attempt but will also help to develop rolls-royce’s capabilities and ensure that we are at the forefront of developing technology that can play a fundamental role in enabling the transition to a low carbon global economy.’ 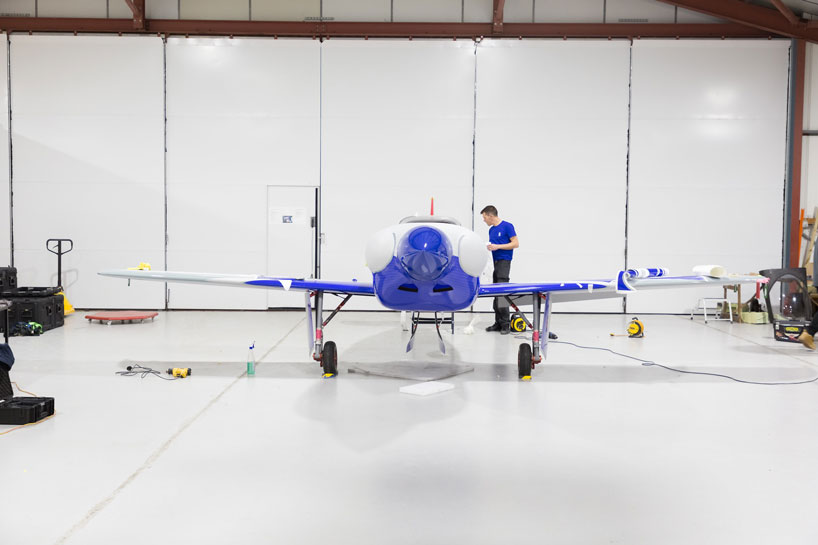 the propeller is driven by three high power density axial electric motors that spin at a far lower RPM than regular blades to deliver a more stable and far quieter ride. combined they’ll continuously deliver more than 500 horsepower for the record run. the all-electric powertrain delivers power with 90% energy efficiency and of course zero emissions. 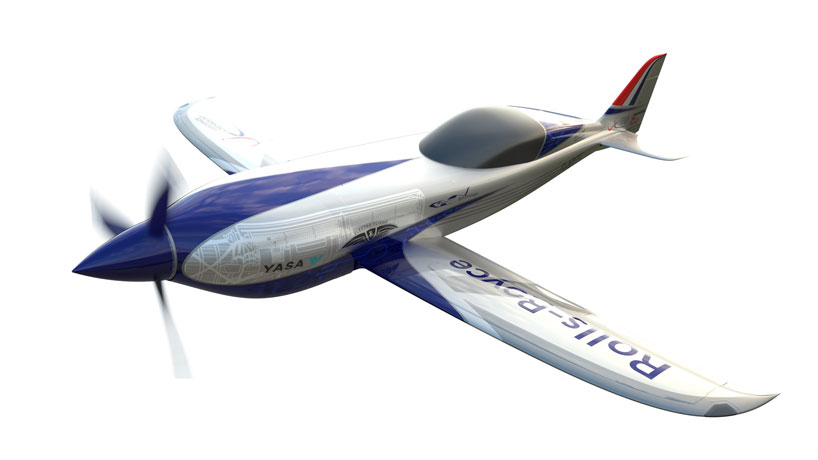 ‘YASA’s electric motor technology is ideal for powering electric flight – the advantages we see on the road are amplified in the air where reducing size and weight for a given power and torque is even more important,’ chris harris, CEO, YASA said. ‘we share the same passion for engineering as the team at rolls-royce and are delighted to partner with them on ACCEL, a project that’s ushering in a new age of sustainable, electric flight.’ 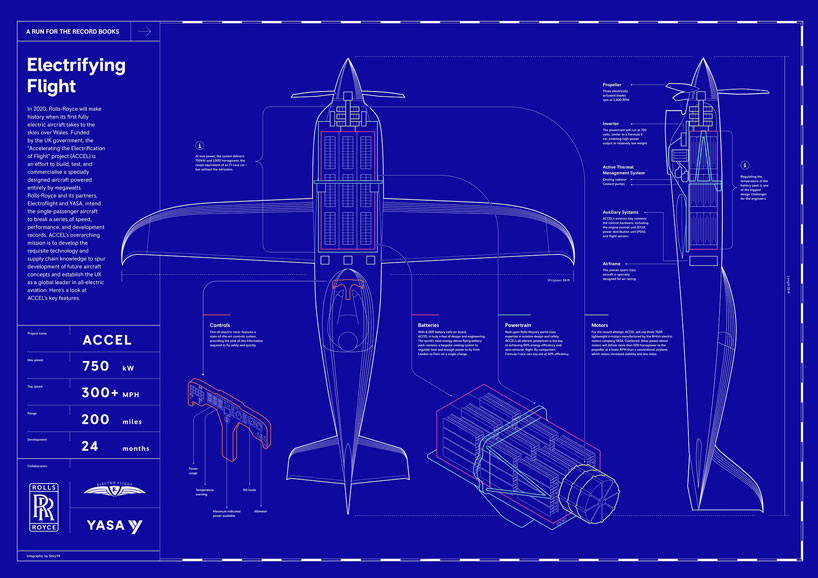 the ACCEL project is just one of the ways in which rolls-royce is developing lower carbon power. this includes partnering with airbus on the e-fan x technology demonstrator project, which is an important stepping stone towards hybrid-electric commercial aircraft at the scale of today’s single-aisle family. we are also working with widerøe, the largest regional airline in scandinavia on a joint research programme on zero-emissions aviation. the programme is part of the airline´s ambition to replace and electrify its regional fleet of 30+ planes by 2030.