rolls-royce ‘oX bridge’ concept visualizes their futuristic forecast of ship intelligence which predicts that autonomous vessels will become a reality by 2025. the project developed alongside VTT technical research center of finland and aalto university, explores the next transition of the shipping industry as cargo boats become more complex and will require high levels of data analysis to operate on-board systems. also known as ‘future operator experience concept’, it offers the crew smart workstations which automatically recognize individuals when they walk into the bridge, and adjusts to their preferences.

mikael makinen, rolls-royce, president – marine, said: ‘we are entering a truly exciting period in the history of shipping, where technology, and in particular the smart use of big data is going to drive the next generation of ships. over the next ten to 20 years we believe ship intelligence is going to be the driving force that will determine the future of our industry, the type of ships at sea, and the competence levels required from tomorrow’s seafarers.’ 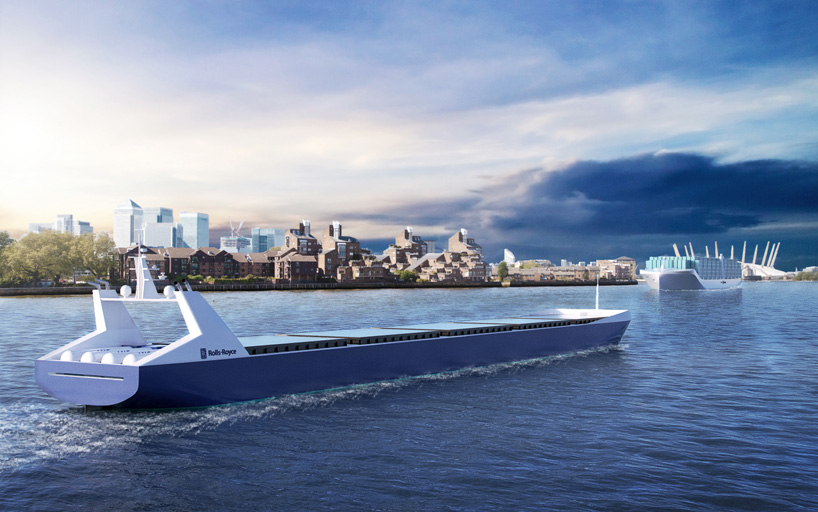 ‘the new oX bridge concept, is one example of ship intelligence, and is a glimpse into the future where significant advances to navigation, efficiency of operations and safety at sea, can be achieved.’ 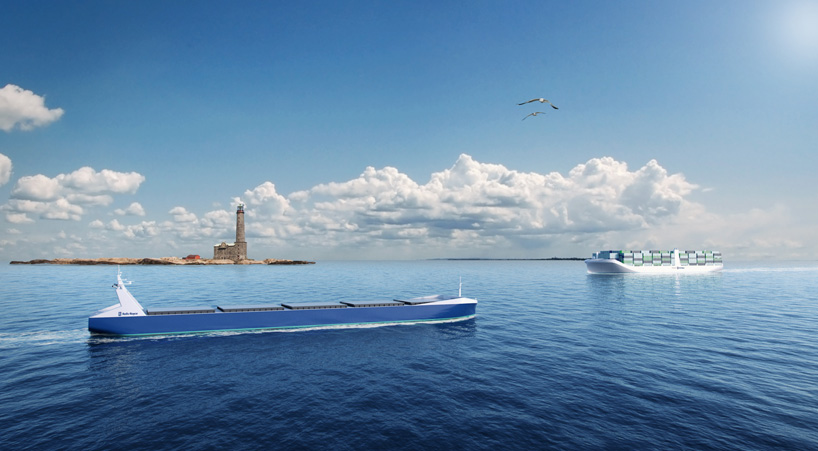 the cargo ships are remote controlled

he continued to say: ‘with the demands of environmental legislation and rising operating costs, ships are going to become more complex. add to that the fact that skilled crews are already in short supply, then we see a distinct gap opening up between the complexity of ships and the competency of the people who will crew them. that will cause real problems for the industry, and we believe it is ship intelligence, that will fill that gap.’ 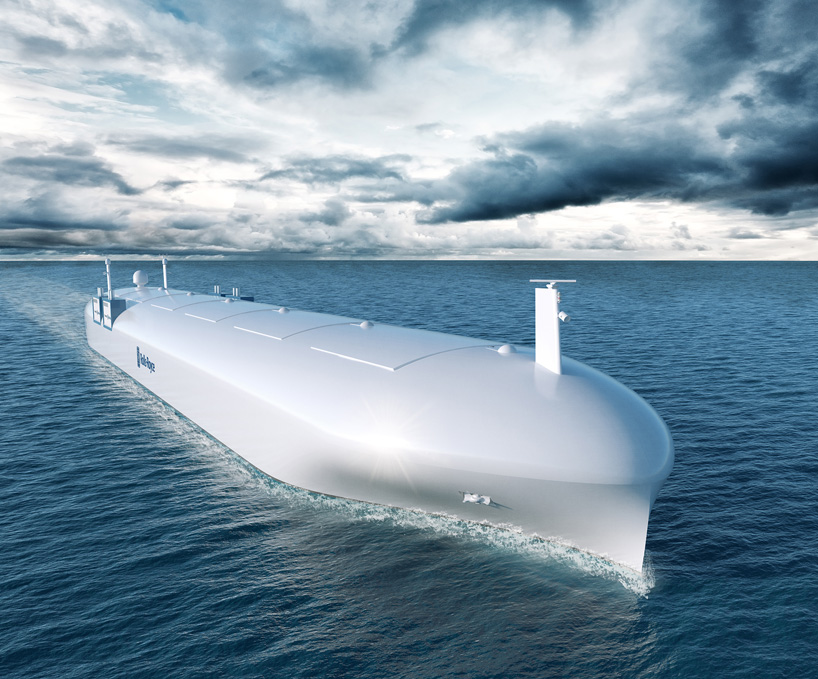 the technology can be implemented into many vessel designs

the windows of the ‘oX bridge’ act as augmented reality displays of the vessel’s surroundings and visualizes potential hazards such as pinpointing sea ice or objects that may not be visible to the crew – especially difficult for large container barges. the british automobile company visualized the concept by studying user experience on ocean liners and then illustrating how the latest digital techniques can create a safer and more energy efficient tanker operations in the future. currently, the remote monitoring of equipment on board hauls are advancing with rolls-royce managing control centers in both norway and finland, which monitor operations around the world in real-time. 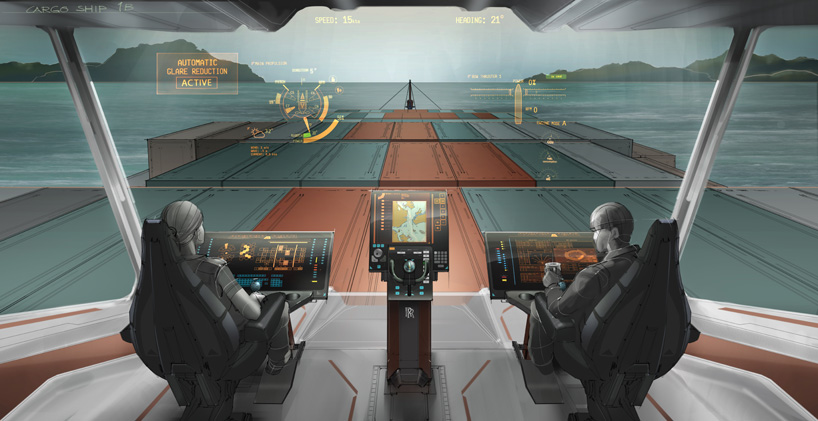 oskar levander, rolls-royce, vice president – innovation – marine, speaking at a ship intelligence briefing in london, said: ‘many of the technology building blocks that will control the ships of the future are already available today, but there is still work to be done to develop marine solutions from them. we are investing in ship intelligence, which will be a major driver of the next transition era of shipping. much in the way that sail gave way to steam powered ships, and coal gave way to oil, we will see increasingly sophisticated ships, highly automated and perhaps even unmanned remote controlled, plying the seas within the next two decades.’ 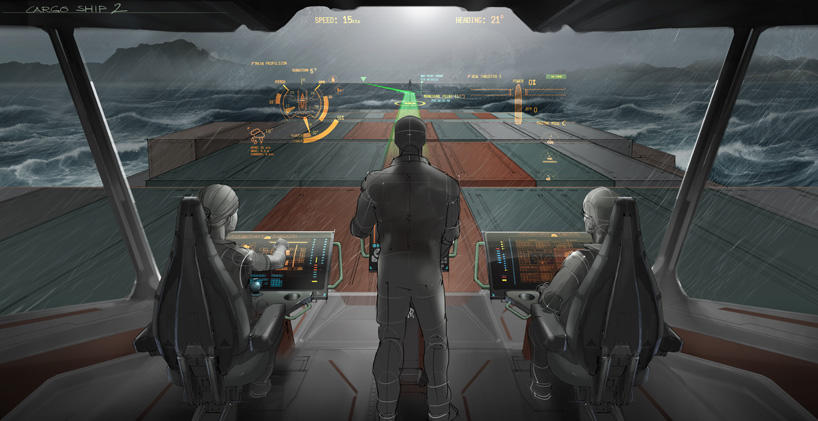 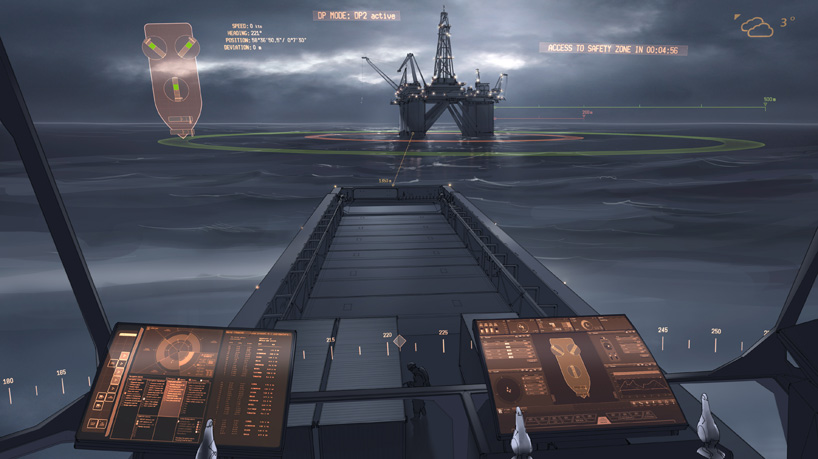 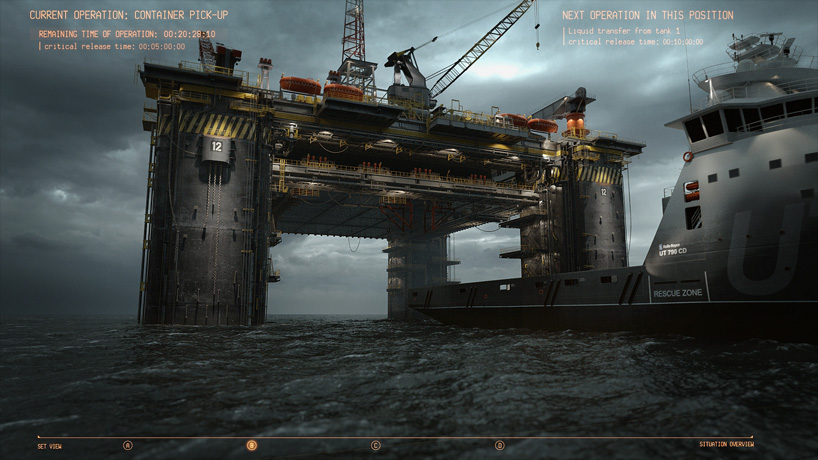 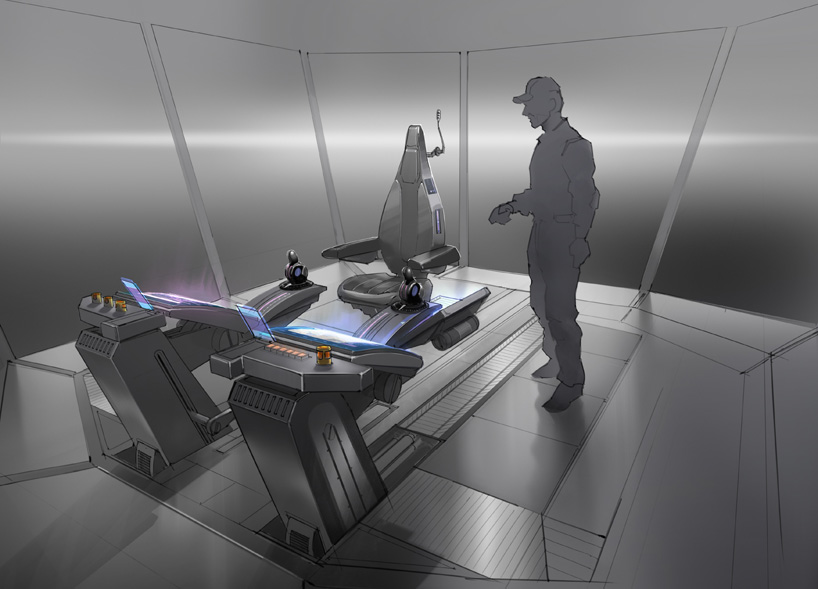 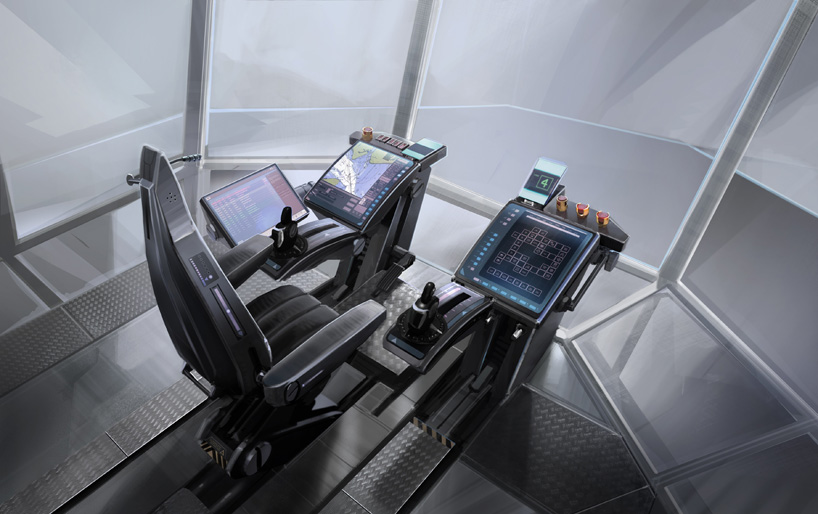 visualization of a control seat 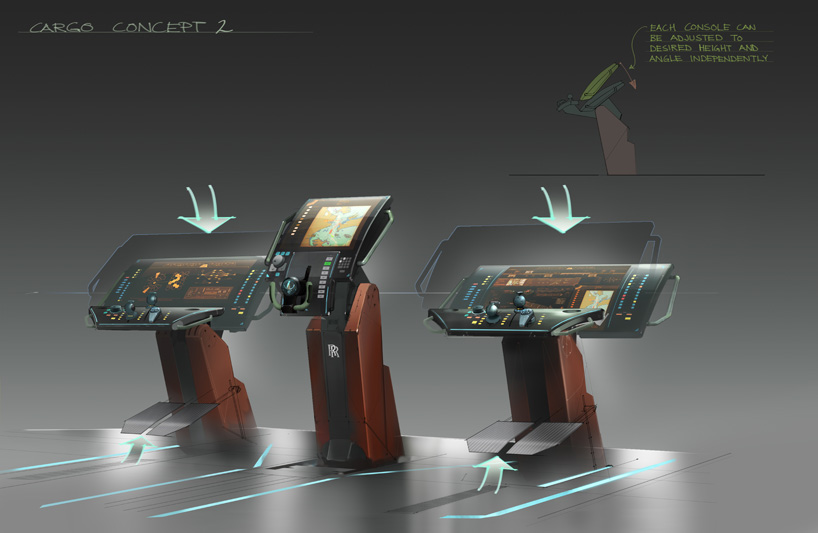